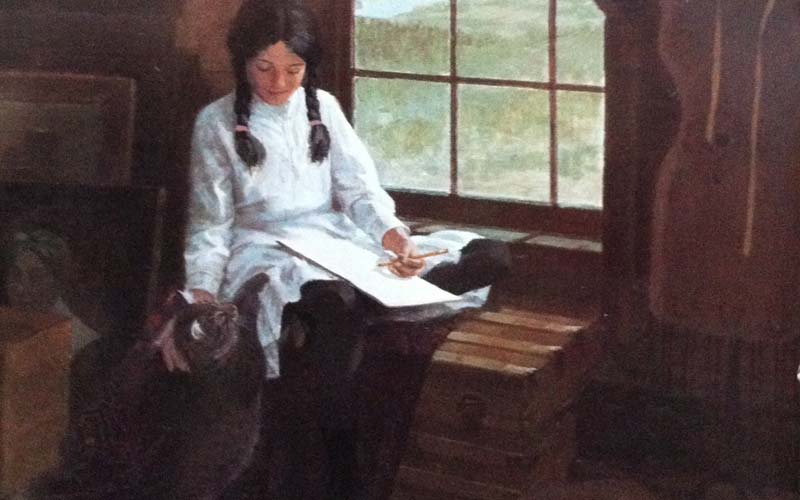 Anne of Green Gables is the more famous of L.M. Montgomery’s book series. Yet, my true love was the Emily of New Moon series. The three book tales of Emily and her friends captured my imagination from a young age. The books follow Emily as she moves in with her aunts after the death of her father. She keeps a secret diary, or letters to  her father, that she records all the happenings around her. Her sense of adventure and slight psychic ability make life exciting for Emily Byrd Starr. The books follow her from a child to to adulthood. We witness her triumphs and finally breathe a sigh of relief when she is with her true love at last (this is the writer who wrote Anne and Gilbert after all…). 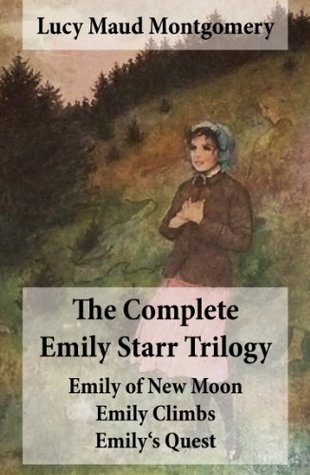 The “Emily” Books are broken up into Emily of New Moon, Emily Climbs, and Emily’s Quest. I always felt that Emily was more like me than Anne. I grew attached to the books and their slightly more darker content. Emily’s adventures were usually tinged with some sadness. She finds her best friend’s mother’s body in a well. Emily almost dies from blood poisoning. The overall tone of the books are different. I was much more into her adventures. I  still am when I take a trip down memory lane.

All three books are full of misadventures and really emotional moments. Emily is expressive and charming. She is passionate about the world around her. Some of her adventures mirror Anne’s, but the books are quite different to me.  For one, there is a supernatural element in the books (Emily has a bit of sixth sense). There is plenty of tragedy in the books, too. The emotions were raw.

There was even a Catherine Cookson romantic subplot where the older guy (Adult age) waits for the girl to grow up so he can have her. This would not have happened in the Anne books. Nevertheless, there are plenty of uplifting scenes and beautiful moments in the books. A big moment is when Emily finally gets her novel published.  It’s the fulfilment of the main theme of the books. Even though the books are about Emily’s quest to be a writer, her romance is the true heart of the book.

Emily and Teddy (Frederick) made me cry a little as a kid. I mean, their romance was so messy and glorious. I know Anne and Gilbert fans waited a long time for them to declare their love. But at least we got to hear about their lives afterwards. Teddy and Emily fans will suffer until the end. The two get kept apart for so long it’s painful. The two are soul mates but life and their own pride keep then apart. Heck, the two almost marry different people on different occasions. Teddy was at the altar until his bride took off to be with another man. I kept rooting for them, no matter what happened along the way. Romantics will finally be satisfied with things falling into place and true love winning out.

The Emily of New Moon series is like the dark mirror of Anne’s life. However, they are still amazing and they capture the heart of a child of any age.

The Emily books were adapted into a television show for Canada. I watched some of it and I wasn’t that impressed. It’s like they weren’t sure what to do with the source material. I think a remake would be great with better actors and different writers that better understand the source material. The show was also made in a Japanese anime.

Our romance-themed entertainment site is on a mission to help you find the best period dramas, romance movies, TV shows, and books. Other topics include Jane Austen, Classic Hollywood, TV Couples, Fairy Tales, Romantic Living, Romanticism, and more. We’re damsels not in distress fighting for the all-new optimistic Romantic Revolution. Join us and subscribe. For more information, see our About, Old-Fashioned Romance 101, Modern Romanticism 101, and Romantic Living 101.
Pin this article to read later! And make sure to follow us on Pinterest.
By Mandi Harris on May 20th, 2015