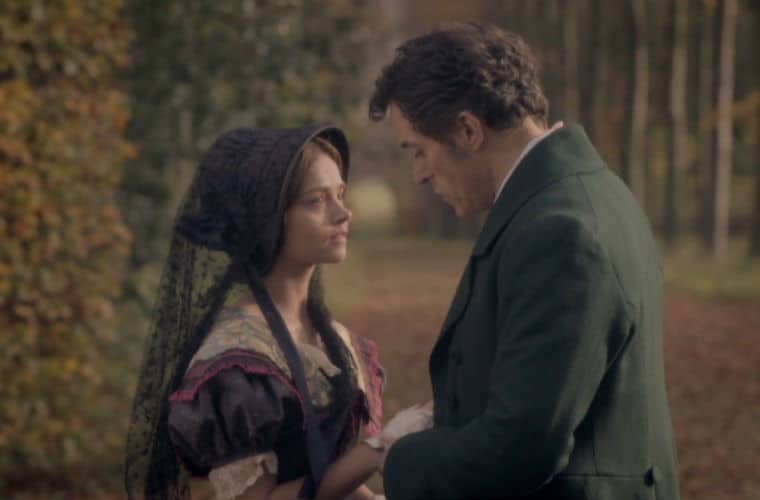 Another week means another Sunday night spent in the palace of Queen Victoria. Step inside and you’ll discover a world of intrigue, politics and beauty.

Tonight’s installment covers a lot of ground, so before I’m tempted to say more in this introduction, let’s get to the important bit: the recap.

A Suitor Parade; Pressure to Marry

Spearheaded by her uncle, Victoria comes under pressure to take a husband. An English cousin is put forth (a match met favorably by the British) while the Russian czar also reenters Victoria’s life. At present, Victoria has little aptitude to marry.

Leopold wishes Victoria to marry his nephew, Albert. Albert is educated and would be the perfect match for Victoria. Or so Leopold thinks. An advantage to seeing Victoria marry would be having a man in her life other than Melbourne who Leopold dislikes. He sees Victoria’s attachment to the man, and suffice to say, he doesn’t like it.

Speaking of Melbourne, he leaves Victoria. Worried about the people calling her “Mrs. Melbourne,” he leaves to put space between them. The impetuous Queen doesn’t let his unexpected departure from her life sway her. She follows him.

Once she arrives, she finds him behind the house. It’s there she speaks to him as “woman.” The young woman has fallen in love with her advisor. Understanding where this is leading, Melbourne tries to put her off by speaking of his wife, a woman who left him.

Earnestly and with the starry-eyed wonder of a girl infatuated, Victoria tells him, “She should never have left you. I would never do such a thing.”

In response, he tells her, “No, when you give your heart it will be without hesitation. But you cannot give it to me.”

“I think you have it already,” is her nervous but sincere reply. In the most heartbreaking moment yet, he offers her further words of wisdom. “No, you must keep it intact for someone else.” Putting the final exclamation on his words, he finishes by breaking not only this girl’s heart, a girl who has given him reason to live but his own. “I have no use for it, you see.” He presses on recounting a story he told her about the rooks taking flight overheard. “For you see, like the rooks, I mate for life,” a sentiment he uses to reference his marriage. 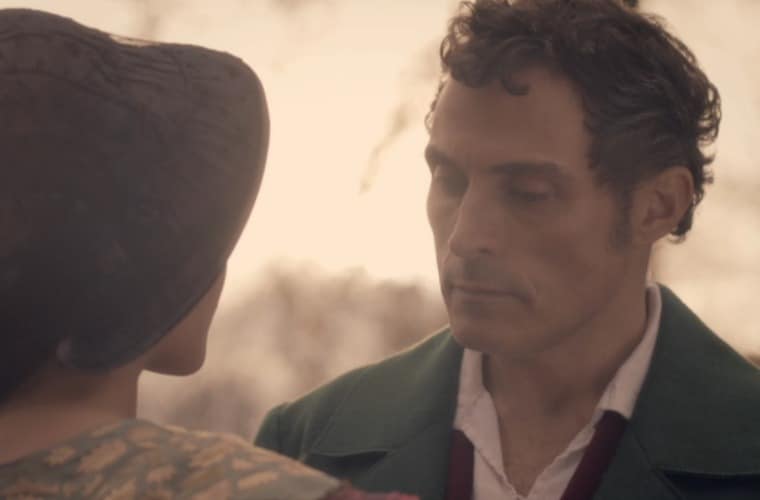 With barely a change to her expression, Victoria acknowledges that she understands, and with a formal dismissal she turns and walks away. As she leaves, head held high, a tear begins to fall down her cheek.

Downstairs we learn more about Skerrett. The royal chef pieces together where she looks familiar from, a house of ill repute. Eventually, she tells him she wasn’t an “upstairs girl,” she worked in the laundry. Still, no matter her attempts to throw him off her past, we get the feeling she has secrets in her past.

Jenkins receives a letter that leaves her shaken. Eventually, we learn that her nephew is among the Chartists radical group protesting the government. Furthermore, he’s among those rebels arrested and about to be executed. 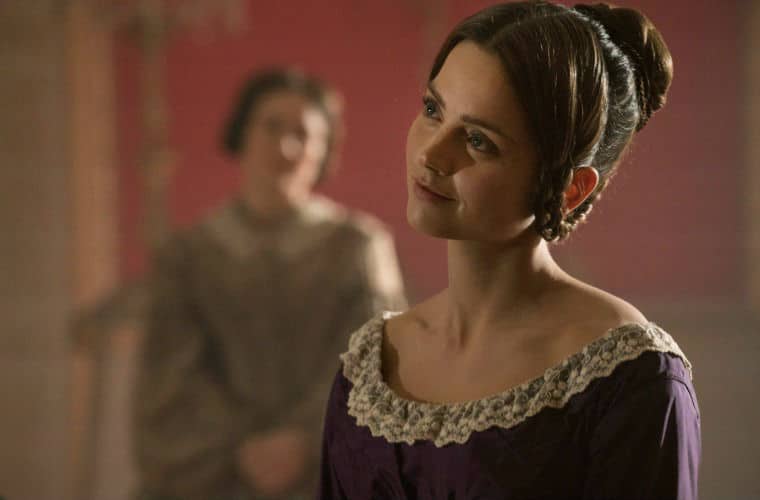 One of the most challenging uprisings faces Victoria when a Chartist radical group rises up. They express protests for the current political agenda. When Victoria learns of this from Skerrett, she questions Melbourne about it. Her decision is made clear. She wishes to show mercy. A punishment of hanging and then being “drawn and quartered” may have been normal in Elizabeth’s reign; she wishes her reign to be more civilized. With this decision, Victoria shows her first real inkling towards thinking as a monarch might.

The Beginning of the End

This is another solid episode that amps up the romance. The “Rook Scene” is sure to shatter your heart into a few pieces.

The most exciting thing about last night’s episode might have been the appearance of Albert. Needless to say, I was waiting (most impatiently) for his arrival, and what an arrival. The filming and the “cliffhanger” of his arrival is perfection. The camera doesn’t catch his face until the very last moment, and the minimal interaction he and Victoria have, left me ready to watch episode three.

He arrives at Victoria’s home where she’s playing the piano. He walks towards her. So lost is she in her playing that she doesn’t notice him at first. When she does, she abruptly stops playing to gaze up at him. “Victoria,” he says. 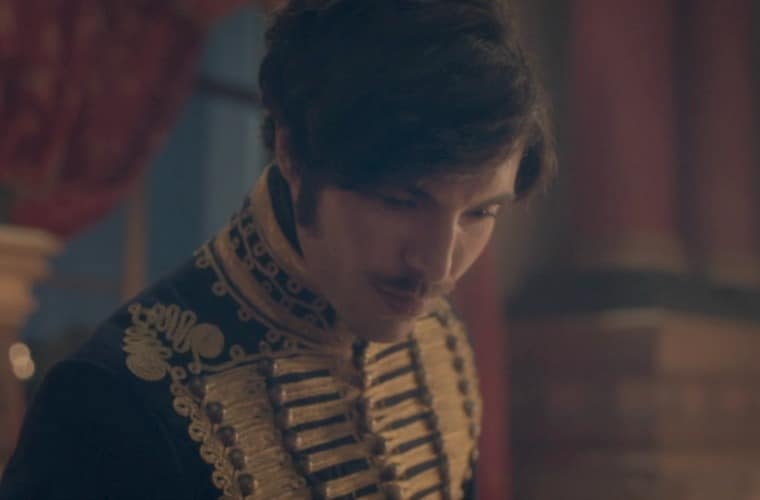 With a nod, she responds in kind, “Albert.” And the episode ends, leaving us swooning over the possibilities of what comes next. 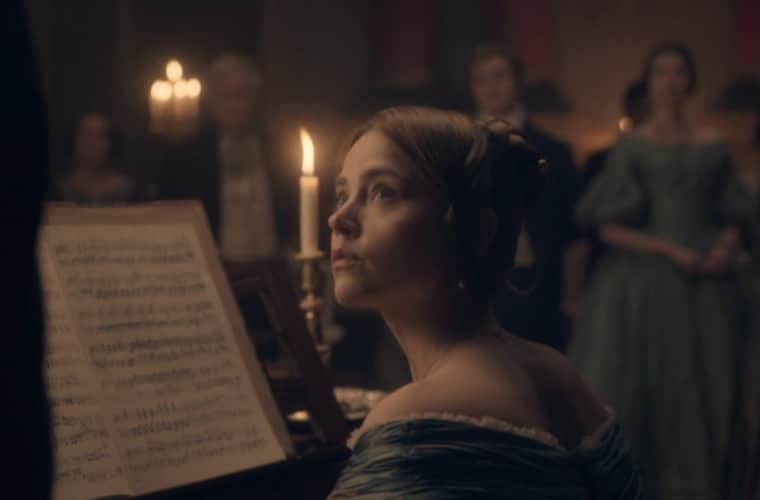 Tonight was all about the “Romantic Moment” between Lord M. and Victoria. Or it was for me. The scene was not only beautiful in its setting and stage, the actors poured layers of emotions into this moment, and the result is beautiful. I’d love to know what you thought of this episode! Comment down below and share. I’d love to talk about ‘Brocket Hall.’

Now that they’ve met, what do you suppose next week will bring for Victoria and Albert?

Read all of our Victoria Recaps.

Our romance-themed entertainment site is on a mission to help you find the best period dramas, romance movies, TV shows, and books. Other topics include Jane Austen, Classic Hollywood, TV Couples, Fairy Tales, Romantic Living, Romanticism, and more. We’re damsels not in distress fighting for the all-new optimistic Romantic Revolution. Join us and subscribe. For more information, see our About, Old-Fashioned Romance 101, Modern Romanticism 101, and Romantic Living 101.
Pin this article to read later! And make sure to follow us on Pinterest.
By Rissi JC on January 23rd, 2017