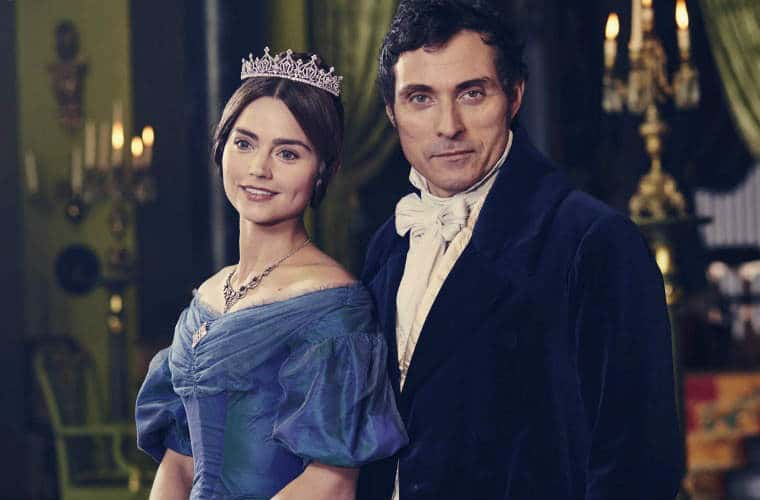 When Masterpiece Theatre’s run of the beloved Downton Abbey came to an end, the replacement search was on. The network found this (or so they hoped) in the British drama, Victoria, an ITV period drama that chronicles the early days of Queen Victoria’s reign.

Episode one packed in a great deal of content, so let’s take a look.

The series opens with a young 18-year-old Victoria given the news that her uncle, King William IV (her father’s brother) has died. This places her on the Throne of England as its Queen. Her German-born mother, the Duchess of Kent, wishes to control her daughter. All while under the sway and influence of her long-time companion, Sir. John Conroy. They believe Victoria’s age and sheltered life a disadvantage, which in turn makes them believe they might assume control through the monarch. It’s only her governess, Baroness Lehzen that Victoria trusts.

Mere days into her reign, Victoria begins to find her voice as a ruler. She contradicts Sir John, refusing his and her mother’s counsel most soundly. She isn’t about to be governed by anyone. And then Lord Melbourne walks into her life. 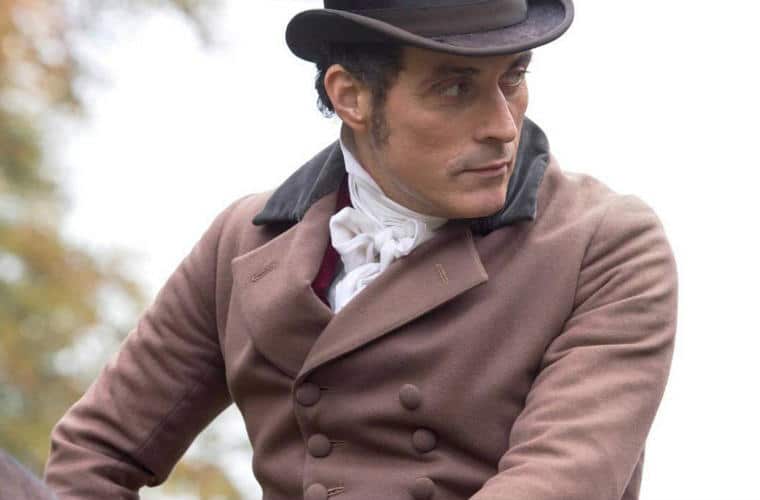 It’s the custom of a new ruler to meet with their minister in private. This is something Victoria takes to heart. Ignoring her mother’s protests of impropriety, Victoria rejects her and proceeds on her own terms. This is how Victoria meets Lord Melbourne, Britain’s prime minister and a man with a scandalous past.

Their first meeting puts Victoria on the defense, and she doesn’t welcome Lord Melbourne’s advice. Before long, however, Victoria quickly takes a liking to the older, charming man. So much so that a bond forms between them like none other in Victoria’s young inexperienced life.

Along with the royals, the downstairs staff also figure into the story. This includes Mrs. Jenkins (senior dresser), a traditionalist; a new dresser named Miss Skerrett who has secrets; and the uptight butler, Penge. 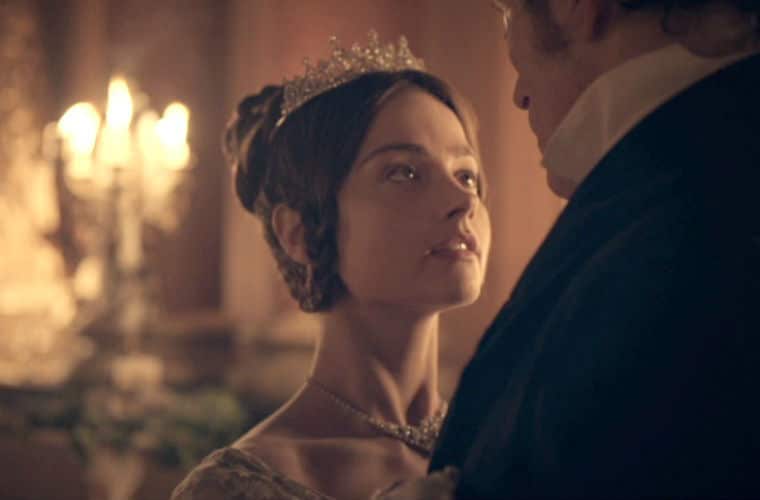 Victoria’s coronation ball is held and instead of making the crown proud, she makes a fool of herself (we’ll lay blame on the champagne). Fortunately, Lord M is there to help pick up the pieces, but not before her guests notice their young queen’s foolish behavior. She makes things worse by later bumbling through an attempt to sway Lord M to stay and dance with her.

Meanwhile, Victoria’s family champions the presence of a co-regency at the throne. Further inflaming Victoria’s inexperience and mistrust of her family is a question about her mother’s lady in waiting, Lady Flora. Lehzan believes Lady Flora is with child after she shared a carriage ride with Conroy. Of course, Victoria trusts her companion explicitly, and so, much to Flora’s distress, Victoria requests an examination.

There is little confidence placed in Victoria following this debacle. Since madness plagues her family history, Victoria’s mental state is called into question by, not only her subjects but her government.

Defeated by a bill to end slavery in Jamaica, Melbourne accepts his time as Minister is up. He leaves the House with regret since it means leaving the Queen. But he also realizes that his appointment as her Minister is not in her best interest. He advises her to extend the invitation to Sir. Robert Peel. She refuses.

Doing so would mean dismissing her Tory party ladies and appointing new Ladies in Waiting. For Victoria, losing both Melbourne and her ladies is too great a burden. She ignores Melbourne’s distance and refusal to attend her and visits him. Upon her arrival, she finds him astonished to see her.

“Forgive my disarray,” he begins. “I was not expecting visitors.”

With sass coloring her voice, she remarks, “Evidently.”

With persistence and her refusal to accept “no” as an answer, eventually, Lord M is back where he belongs at Victoria’s side.

But does the young Queen have feelings deeper than that of a Queen and Minister for Lord Melbourne? 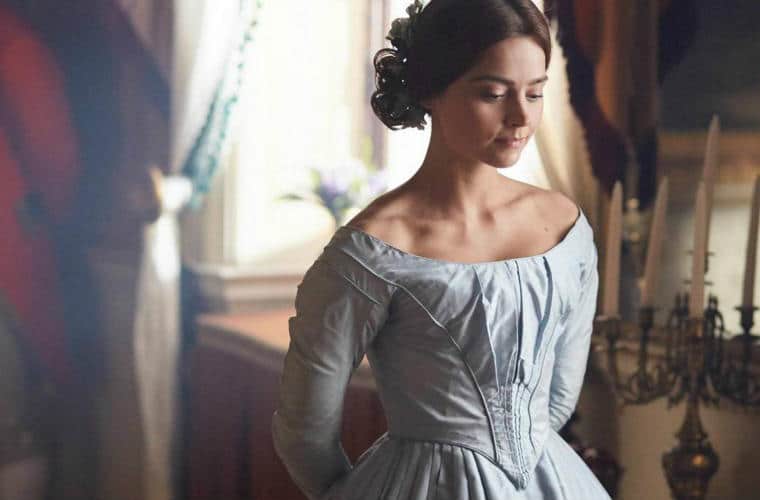 Victoria is off to a wonderful start. The cast (led by Doctor Who companion, Jenna Coleman as Victoria) is brilliant, and the series (as a looking glass into history) is scripted for an entirely new audience. Unlike two of the more recent Victoria biopics (A&E’s Victoria and Albert, The Young Victoria), this one asks us to experience the story differently.

We’ve had some superb adaptations chronicling the life of this queen who is, to this day, considered one of England’s greatest. Though characters and places will be familiar to those of us who have a passing knowledge of this monarch, Victoria manages to be “new” beyond its new faces and pretty trappings. Though for some, this will be too similar to Downton Abbey, this is, without question, an enchanting television experience that lingers.

Where to Watch: Sundays On PBS. (Update: The show is now available on DVD and to rent on Amazon Video.)

Tell me, what did you think of Masterpiece’s latest series? Comment down below with your impressions.

Our romance-themed entertainment site is on a mission to help you find the best period dramas, romance movies, TV shows, and books. Other topics include Jane Austen, Classic Hollywood, TV Couples, Fairy Tales, Romantic Living, Romanticism, and more. We’re damsels not in distress fighting for the all-new optimistic Romantic Revolution. Join us and subscribe. For more information, see our About, Old-Fashioned Romance 101, Modern Romanticism 101, and Romantic Living 101.
Pin this article to read later! And make sure to follow us on Pinterest.
By Rissi JC on January 16th, 2017