Director, Gurinder Chadha (Bend it Like Beckham), brings a personal story to the screen with her dramatized historical epic, Viceroy’s House, about India’s transition to independence in the 1940s.

Chadha’s personal perspective (her grandparents were a part of India’s partition) gives the viewer a unique point of view for a tumultuous time in what is overall a well-produced and enjoyable film.

Hugh Bonneville stars as Lord Mountbatten, India’s final Viceroy. Cousin to the king, he’s been sent here to foster a deal between the British and India.

After 300 years, the British plan to hand power back to the Indian people. But problems arise as opposing sides seek to divide the country. Journeying with him is his idealist wife, Edwina (Gillian Anderson) and their teenage daughter.

One of the house servants is the new arrival, Jeet (Manish Dayal). Curious and outspoken, he wants to believe the new Viceroy when he says he’ll protect the Indian people’s interests.

Things change, however, when he reunites with a girl he once knew and never forgotten. But Aalia’s heart is not hers to give. Loyal to her father first, Aalia (Huma Qureshi) feels the weight of this divide – both within her heart and for her country… 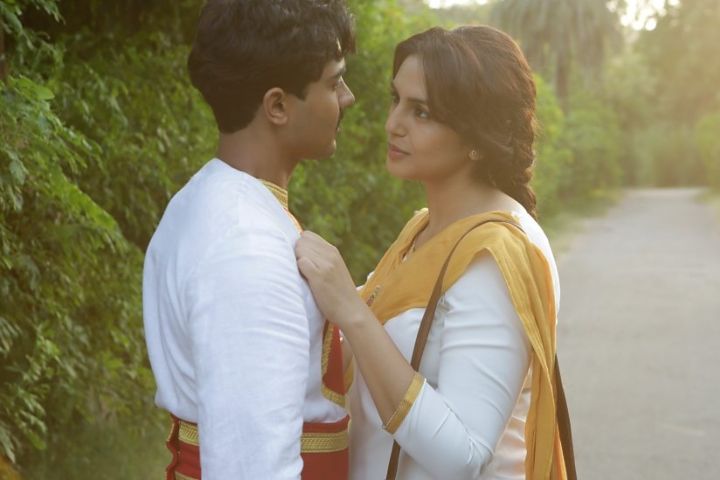 Aside from the historical facts and introspective moments, this film features brilliant talent. From British favorites like Bonneville (Downton Abbey) and Anderson (Bleak House) to Michael Gambon, there is a parade of impressive actors.

The star-crossed lovers are aptly played by the new kids on the block, Huma Qureshi and Manish Dayal, both of whom turn in wonderful performances. I believe in their love story, and though there is likely some intentional drama for “movie magic,” it’s a lovely and captivating romance.

You’ll also see Om Puri in this film, who previously co-starred with Dayal in the charming The Hundred-Foot Journey.

Besides the acting and entertainment, the 1940s costume design is beautiful, and the India settings are intricate and colorful. 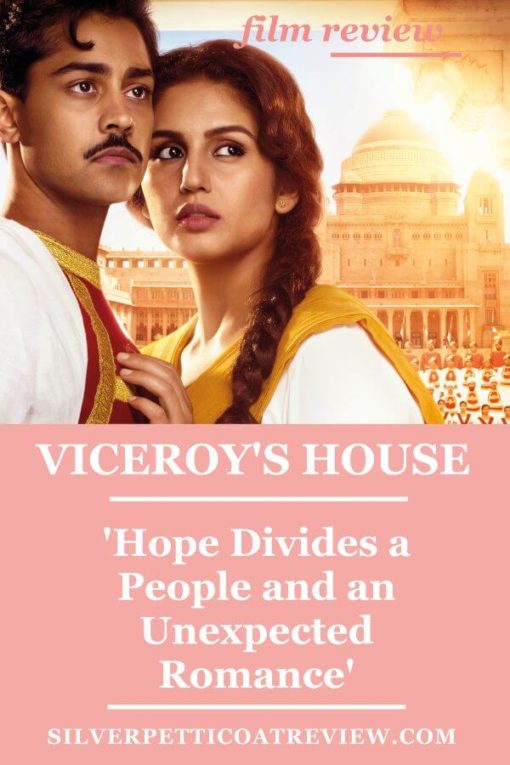 While the movie invites viewer curiosity due to the historical backdrop, it’s the unexpected love story that sweeps you into a portrait of old-fashioned charm. That said, although the end is supremely romantic, it’s also very abrupt. However, we can forgive this small mistake since the end is still good.

Viceroy’s House is an impressive drama, especially for those who enjoy quality films. In all, it’s the perfect choice for any period drama aficionado!

Content Note: There is some minor thematic elements and violence, but there’s nothing explicit. The film earns a PG rating.

Where to watch: You can see Viceroy’s House (at time of publication) on Netflix or rent/buy from various streaming services such as Amazon Video.

Have you seen this 2017 drama? What did you think of Viceroy’s House, its cast, or the story? Comment down below with your thoughts!