The Unexpected Love Triangle in Hart of Dixie

Not so long ago the show Hart of Dixie made its appearance on the CW. The premise is a simple one, but very entertaining. The story follows a big-city doctor named Zoe Hart. Zoe is of a one-track mind who believes she’s done everything “right.” Now all she needs is to follow in her father’s successful footsteps. Instead, she finds herself “banished” to practice in a small (really small) Southern town where she’s expected to practice as a general practitioner.

This might not be Emmy-winning material but what Hart of Dixie was, is joyful. It’s the kind of show that makes the viewer smile wide and be okay with that “just one more episode” mentality. The show stars Rachel Bilson (now of Take Two), Scott Porter, Cress Williams, Jaime King, and Wilson Bethel.

At the heart of this story is Zoe, and her many mishaps. But Zoe’s many mistakes (including love triangles) is not what we’re here talk about. No, today we’re ready to discuss the “perfect” town doctor’s daughter, Lemon.

Lemon is the “good girl” of Bluebell. She’s done everything right, is a pillar in the small community and has mastered the art of social perfection. Another of her “well done” accomplishments is her engagement to the town lawyer, George (the boy who was the football star to her perky cheerleader). Together they prepare to marry and in Lemon’s mind, create the perfect white picket fence scenario.

But everything changes when George leaves for New York. Lemon, unwilling to make the move, decides to stay. Eventually through much back and forth the pair sort-of reunites (when George proposes). What George doesn’t know is that Lemon isn’t quite so perfect. You see, she’s had a little bit of a fling with Lavon, Bluebell’s young, celebrity mayor.

Today we look at the men in Lemon Breeland’s life. Let’s look at the pros and cons of this Hart of Dixie love triangle, and then, you tell me: Who’s the better choice?

Disclaimer: This list will be based on season one.

The first candidate in our “who’s the better choice” feature is George, the high school sweetheart aka the “perfect” gentleman. 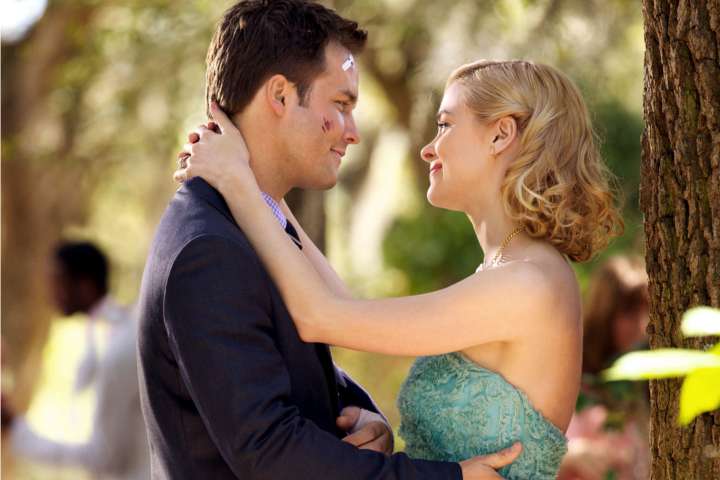 In many ways, George is perfect. Or he “checks” all those ideal man boxes. At least on the surface. Let’s look at the pro list.

In many ways, George is the man Lemon can build a good life with. He’s reliable, hardworking and as he states in the (S1) finale, he’s faithful. But is this enough to make their love work?

Lavon: The Unexpected Third Party aka the Mayor

Our second candidate today is Lavon! He’s the “new kid” in this love triangle not to mention something of an unexpected turn to the structure of this show. Much as I love Lavon, I think I kind of always hoped he and Lemon would not make it. If memory serves me, in the beginning, I felt he deserved someone so much better. 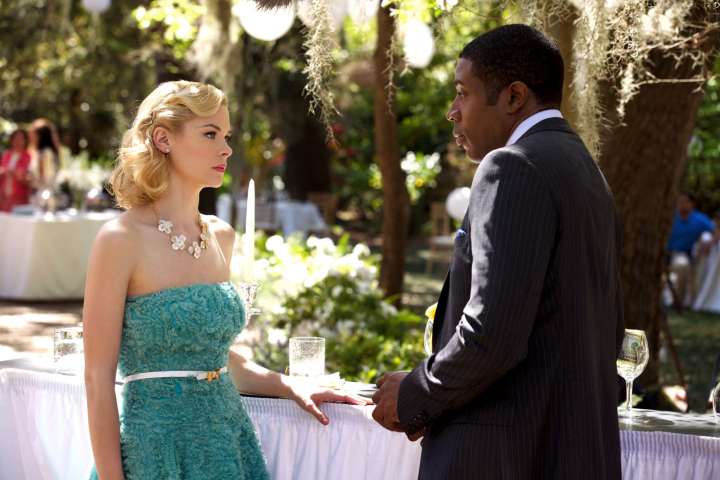 In many ways, Lavon is the person who challenges Lemon the most. He’s the one who makes her think outside the box and want to experience new things. In this way, when she’s with Lavon, it’s a fun to see Lemon in a new light. On the flipside of this, she never seems truly content with Lavon because she’s always being drawn back to her first love: George.

Like everything does, both men have their pros and cons. Same can be said for Lemon. What it comes down to is who we like better for Lemon. The high school boyfriend with whom she shares history and love. Or the new guy who challenges her in ways she never expected. Either way, it’s a love triangle that goes back and forth over the four seasons.

As I previously said, I think I tend to be pro George for Lemon. Not because I don’t like Lavon (I do!). This is because over the course of the show, Lavon had some great relationships, and when he wasn’t allowing Lemon to tug him back, I believe he was truly happy. That’s the kind of relationship I root for.

What are your thoughts on this Hart of Dixie Love Triangle? Do you feel it ends as it should? Tell me how might you have ended this love triangle differently? I’d love to read your suggestions and Hart of Dixie memories.

Our romance-themed entertainment site is on a mission to help you find the best period dramas, romance movies, TV shows, and books. Other topics include Jane Austen, Classic Hollywood, TV Couples, Fairy Tales, Romantic Living, Romanticism, and more. We’re damsels not in distress fighting for the all-new optimistic Romantic Revolution. Join us and subscribe. For more information, see our About, Old-Fashioned Romance 101, Modern Romanticism 101, and Romantic Living 101.
Pin this article to read later! And make sure to follow us on Pinterest.
By Rissi JC on September 25th, 2018

2 thoughts on “The Unexpected Love Triangle in ‘Hart of Dixie’”