Some of the best television shows fall into the unfortunate status known as “cancellation.” Sometimes, this cancellation stems from bad writing or production, but then there are also the favorites gone far too soon. This brings us to the subject of today’s listicle. ABC’s Pushing Daisies.

The story revolves around a shy business owner who owns a pie shop. Thanks to a freak childhood accident, our hero Ned is cursed – literally. As if this weren’t bad enough, this curse is far more complicated. Ned’s touch can also resurrect a person, but if within two minutes Ned doesn’t touch the person again, someone nearby to the deceased then dies. Now instead of showing affection, Ned’s touch means certain death. If there is one thing good to come from this, Ned teams up with a wise-cracking PI, and together they solve mysterious murders. This all works well and good until Ned’s former sweetheart, Charlotte “Chuck” Charles dies… and then reenters his life.

Not only did I happen upon this show late in the game, but I also fell head over heels in love with it knowing there would be no more seasons. There’s something about the story that makes it impossible to dislike the show. There are so many reasons why this ABC show (which aired from 2007-2008 for only two seasons) deserved more time. Among them are these three bullet-point reasons: 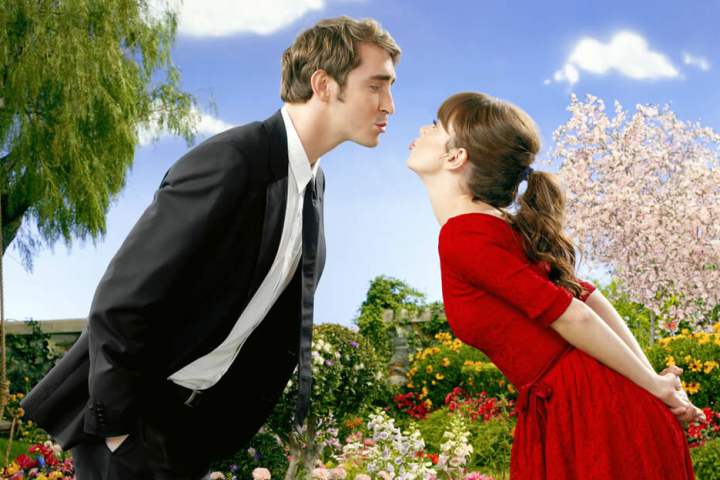 These are just three of the reasons why shows like Pushing Daisies should be given a second life. In the shifting world in which we live, TV shows seem to mirror daily life. Too often shows, even those that start with lighter topics, shift to darker undertones. Don’t mistake me, these are all well and good, and I even have many favorites among the genre.

That said, I wouldn’t be telling the truth if I didn’t admit: I miss creative, comedic television. Not just any funny TV show either. The kind I’m thinking of is in the same mood and class as shows such as Pushing Daisies. Old-fashioned, simple and bursting with charm, this show stole my heart. It’s the sort of story that brings sunshine to any day, an irony I realize since the show is about death. But in so many ways, it’s also about life and finding joy in what surrounds us.

Sadly, no matter how hard I try, I’ve not found a TV show like Pushing Daisies. As my search continues, today I wanted to take a trip down memory lane because why not? Here are six specific reasons why I miss this show.

Reasons Why We Still Need TV Shows Like Pushing Daisies 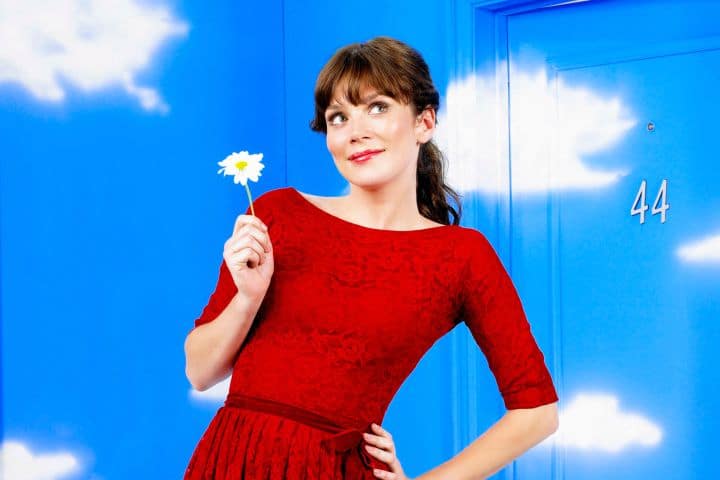 The cast is phenomenal. In fact, I’ll admit, I think I fell a little bit in love with Lee Pace in the role of Ned. He’s got that cute boy-next-door look and personality that gives the audience a sense of comfort. He’s the quintessential modern gentleman. The rest of the talented cast includes British actress Anna Friel (Our Mutual Friend), Chi McBride, and Broadway stars Kristin Chenoweth, Ellen Greene and Swoosie Kurtz.

Whether it’s the quirky and big personalities of Chuck’s eccentric aunts or the loyalty of Ned’s employee, Olive, the characters played by this talented cast are memorable. In fact, I still think of these characters anytime I see the cast in other roles. They’re the kind of personalities that beg to not be forgotten.

Prior to watching this show, I knew nothing about Brian Fuller. Watching this show reminds me of a kind of old-fashioned cheery painting. At the surface, it’s a simply set scene with lots of colors (just look at these photos!), but look closer and you’ll discover layers of artistic personality. This is what Brian does for this show. He layers the story in personality and colors the world with idiosyncrasies that draw the viewer in. 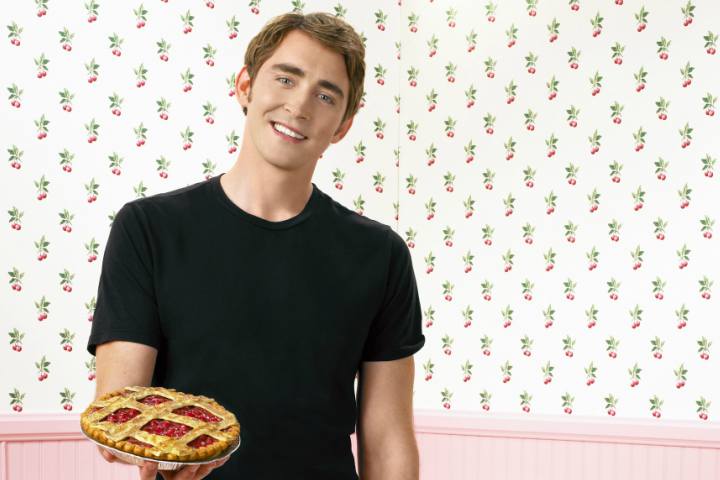 Should I mention Ned separately after already gushing over him? Perhaps not. But I will anyway.

Because who doesn’t love a good slice of pie? Of course, the pies in this show look simply divine.

There’s something wholesome and old-fashioned about this storytelling. Maybe it’s as a result of the vintage costumes or perhaps the romantic connotations, but whatever that “it” factor is, it’s endearing.

Given the subject, it seems strange to say that this show is a happy go lucky story that makes its viewer smile, but it is. Like anything, it won’t be for everyone, but it’s a show with heart. That’s worth so much in today’s television. For those of you who have not seen this show, and might be interested, the series does earn a nice albeit abbreviated conclusion, which I hope encourages you to look this one up. In case I didn’t say this already, Pushing Daisies is like its name, a cheerful bit of storytelling.

Content: The show is rated TV-14 with some profanity, and innuendo now and again.

Where to watch: You can buy Pushing Daisies on Amazon Video or on DVD. Or find it on CW Seed.

Did you ever watch the show? If so, what are some of your favorite memories or thoughts on it? Do you have any favorite comedy show recommendations? Sound off below with your thoughts!

Our romance-themed entertainment site is on a mission to help you find the best period dramas, romance movies, TV shows, and books. Other topics include Jane Austen, Classic Hollywood, TV Couples, Fairy Tales, Romantic Living, Romanticism, and more. We’re damsels not in distress fighting for the all-new optimistic Romantic Revolution. Join us and subscribe. For more information, see our About, Old-Fashioned Romance 101, Modern Romanticism 101, and Romantic Living 101.
By Rissi JC on May 9th, 2018