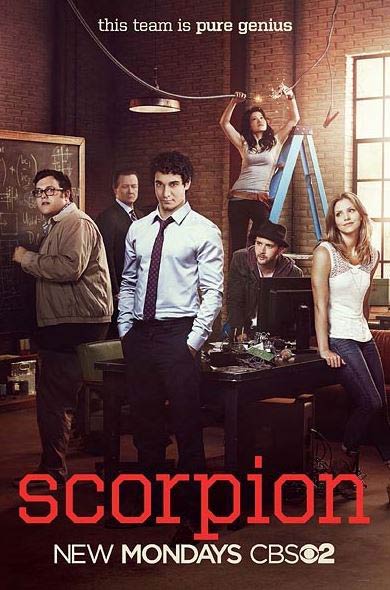 Each new TV pilot season brings a rush of new shows to networks. Some of them fail, others thrive. Last fall, CBS debuted Scorpion. It’s a show with a premise I was immediately captivated by, but didn’t watch until recently. After binge-watching a handful of episodes, I have to say, I’m quite impressed with the stories and more importantly its characters. The story follows a group of geniuses led by Walter O’ Brien, a lead character the opening line tells us inspired this show. Among Walter’s team of super geniuses is a human calculator named Sylvester; Toby, a behaviorist and Happy, a mechanical prodigy or so Walter tells us in the opening credits. They are kept in check by Paige, a normal single mom who is raising a gifted son and is hired by Walter to translate the world to them. Also a part of their team is their homeland security handler, Cabe whom Walter has a messy history with. 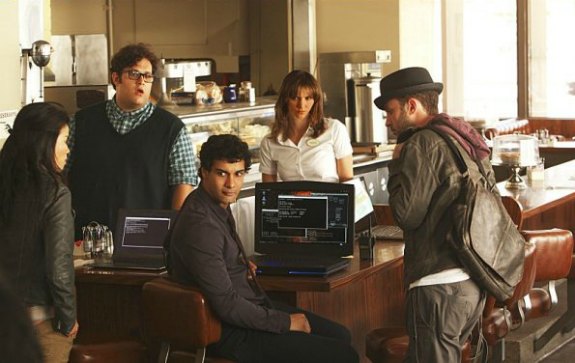 On the outside, this looks like just another crime drama. There is mystery, some slow-building romance (or the potential for it) and down-to-the-wire fixes that save something or someone. However, that isn’t actually how this show plays its cards. Instead, there is something about its formula that seems to reinvent the tired formats. The cases aren’t necessarily unique (i.e., finding a dying girl an antidote or stopping bombs), meaning they’ve already played out on any number of crime dramas . Nevertheless, this still has oodles of other things going for it. Namely it’s separation from the genre which it’s probably most likened to. Though this is a procedural drama that solves crimes – or really “bigger” cases that involve national security, Scorpion has breathed some fresh life into the subculture. It begins and ends each of its stories so far and sets itself apart by adopting the lighter end of protecting America.

Then there are the characters. I have to say I love them all for their individuality. Each has their own set of quirks that helps to endear them to us and because of this each episode we watch is anticipating learning more about what makes them tick. There is a lot that they grapple with within the team. One being the admission of Paige to their team, who is “normal” to their high I.Q. brilliance, and as such, the team doesn’t treat her the same. Toby doesn’t know what her purpose is and seems to resent her elbowing in on their gigs. There is plenty of room for conflict and I see a lot of it down the line, but for now, I’m still applauding the way Paige finally stands up to him (in episode three). By doing this she proved she’s not just a body on their team. She’s capable of adding crucial information to their investigations. For now, that was enough. It cracked a small opening for her into the “cool kids’” genius club that had, up until then, shut her out. 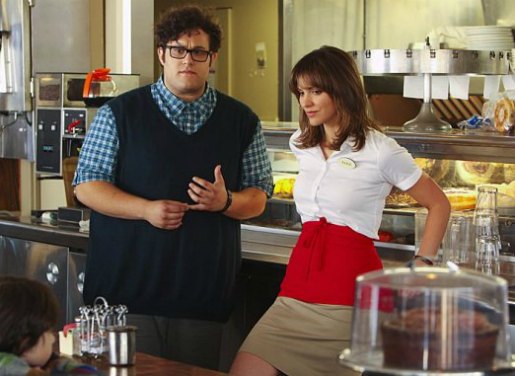 If you’re looking for something that is going to pose mystery after mystery or gripping questions that lag on for multiple seasons, this isn’t a show you’ll like. Right now, it’s a lighter approach to solving mysteries though it’s early on in its timeline I hope it remains that way. The cast is great and the stories seem to work best when it’s focused on its characters. They make mistakes, learn from them and try to help each other become better. It’s an interesting riddle of stories and one I’m looking forward to following.

Have you watched any episodes of Scorpion? Do you like it or any of its characters? Sound off in the comments below.

Our romance-themed entertainment site is on a mission to help you find the best period dramas, romance movies, TV shows, and books. Other topics include Jane Austen, Classic Hollywood, TV Couples, Fairy Tales, Romantic Living, Romanticism, and more. We’re damsels not in distress fighting for the all-new optimistic Romantic Revolution. Join us and subscribe. For more information, see our About, Old-Fashioned Romance 101, Modern Romanticism 101, and Romantic Living 101.
Pin this article to read later! And make sure to follow us on Pinterest.
By Rissi JC on January 23rd, 2015