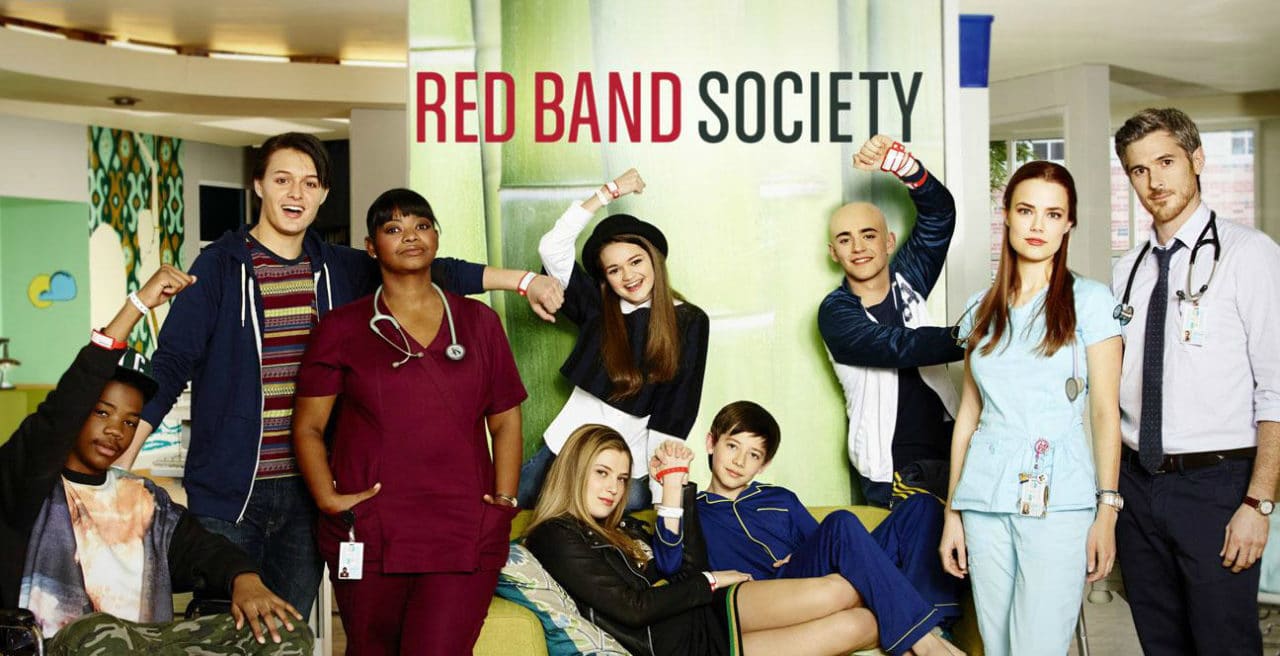 THE SETUP: A coming of age story about a group of teenagers who come together in a hospital as they struggle with varying illnesses.

I went into Red Band Society with fairly high expectations. The reviews were positive, the online chatter also promising, plus, the previews made the series look like a feel good dramedy meant to uplift your spirits. And then there was the promise of the always fantastic Octavia Spencer throwing out her famous one-liners. Unfortunately, my expectations weren’t exactly met. Red Band Society is “good-ish” but nothing fabulous or memorable. In fact, there were moments that made me cringe and want to stop watching. But really, the real problem was that I found it kind of boring.

The episode begins with a good start as the narrator Charlie tells the story. We quickly learn that he’s in a coma, so he mostly doesn’t interact with the other characters and instead observes. I personally have no issue with the fantastic in dramatic stories, so I thought this was a nice surprise. Also, Griffin Gluck is likable as Charlie and makes for a good narrator.

He then introduces us to the other characters. First, there’s the new kid Jordi who comes all the way to see Dr. McAndrew (Dave Annable) to convince him to take him on as a patient. Then there’s Leo, who is the leader of the pack; charming, handsome and popular. His best friend is Dash, the rebel (who I personally found a little grating). And rounding out the group are the girls: first, the popular cheerleader Kara who has a nasty streak, and then Emma, a young teen with an eating disorder. All of these teens come from completely different backgrounds, but they have being sick in common. Dash gives each of them (including Charlie in the coma) a red band so that they can all be united and fight against their illnesses.

Then in the background you have Nurse Jackson, who’s almost like the mother of this group. She’s tough, but underneath has a heart of gold.

…sometimes a great idea isn’t always executed to in fact be great.

This all sounds great, right? Well sometimes a great idea isn’t always executed to in fact be great. Besides being what I felt to be a mediocre presentation with mostly uninspired dialogue (there were a few inspired moments, particularly the bit about souls), the style of the show itself just isn’t for me.

With Red Band Society, I expected equal screen time with both the adults and the teens. But that’s the problem with expectations…they rarely ever get met. So when I watched the episode I was surprised at just how much of a supporting role Octavia Spencer has. She truly is not in the center of the story, but on the outskirts watching over the kids. Sure, she gets a couple of her funny as well as dramatic moments, but she was completely underused. I’m not convinced this is the perfect Octavia Spencer vehicle. But then, maybe she didn’t want to be the lead of a series. Still, it was a little disappointing to discover that she and Dave Annable didn’t have much to do.

I was also surprised by the style and content of the show. In fact, I was surprised at just how crude it was. While I expected a feel good dramedy, I got a coming of age story which I felt was purposely directed toward a male audience. There’s nothing wrong with that, in fact I love coming of age stories, but this wasn’t the best of them. For a supposed uplifting show there was a lot of profanity presented. There is a lot of sexual innuendo in this series with smoking, underage drinking and even drug use.

Not only that, the jokes were kind of stupid, at least for me.

Now, most people love this show, and I am fully aware that I’m probably in the minority in my dislike. But I really dislike “stupid” humor. I cringed when the writer actually threw in a Twilight joke. Yes, the character Dash had a Twilight book on his bed stand as a way to attract girls. He then reveals that he couldn’t get past vampires sparkling (still? – move on to new material) as he tries to convince a ditzy nurse to have sex with him so he won’t be a virgin before he dies. The whole scene was cringe worthy for me.

I also found the characterization to be a little uninspired. For example, Kara, the near psychotic cheerleader who discovers she has a heart problem – yes I can hear the irony in that statement; yet, somehow the irony was lost in the presentation.

There was, however, a few genuine moments in the series. I particularly loved the moment when Jordi takes a run through the hospital before he goes under for surgery. His exultation of spirit and joy for life in that moment was touching.

In all, while the series had good moments I just didn’t feel it was memorable enough to keep watching. It didn’t captivate me, though part of that could admittedly come down to personal preference. I do think this series has a lot of potential and I hope the series reaches it.

What did you think of Red Band Society? Let us know in the comments.

Our romance-themed entertainment site is on a mission to help you find the best period dramas, romance movies, TV shows, and books. Other topics include Jane Austen, Classic Hollywood, TV Couples, Fairy Tales, Romantic Living, Romanticism, and more. We’re damsels not in distress fighting for the all-new optimistic Romantic Revolution. Join us and subscribe. For more information, see our About, Old-Fashioned Romance 101, Modern Romanticism 101, and Romantic Living 101.
Pin this article to read later! And make sure to follow us on Pinterest.
By Amber Topping on September 30th, 2014