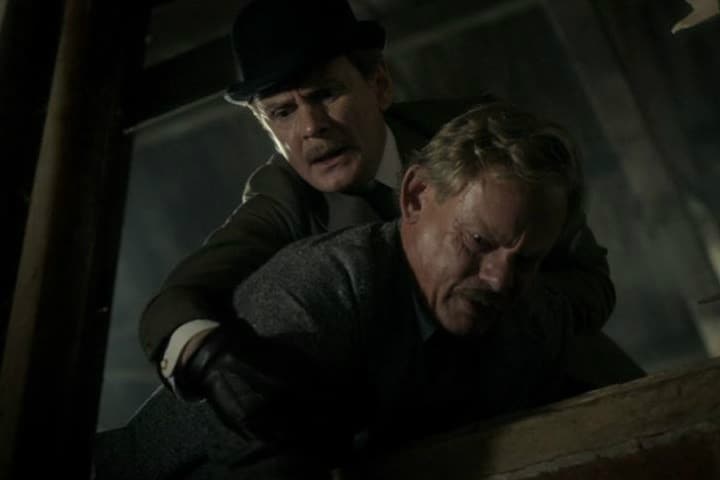 Arthur and George is a three episode adaptation of the Julian Barnes novel, a mystery based on real events that took place in Great Wyrley, England. It is an unusual story concerning the author of the infamous Sherlock Holmes books, Sir Arthur Conan Doyle.

Sir Arthur is mourning the recent loss of his wife and has been suffering from writer’s block. An odd case comes to his attention, one which captures his imagination. The case concerns a mixed race family who has been subject to a campaign of abusive letters. The son, George, is seeking to clear his name after going to prison for a crime he claims not to have committed. After looking into the case, Sir Arthur is convinced he is telling the truth and sets out to find those truly responsible for this miscarriage of justice. 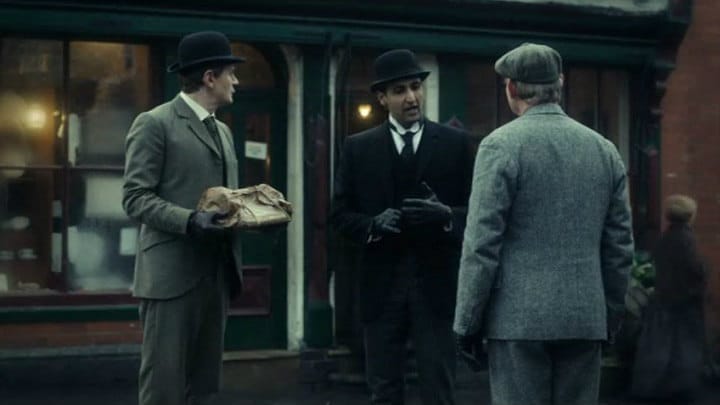 Genre-wise, Arthur and George is a mystery, historical drama, suspense, romance and crime drama. Sometimes this blending of genres works better than others. The plot is slow-moving which may annoy some viewers. I figured out who was guilty quite early on which made it a little frustrating to watch. Alternatively, it might be due to a subtle addition on the part of the actor in question which I have to applaud. After all, the only way a good twist works is if the information was always there hiding in plain sight.

Arthur and George is certainly more realistic than the Sherlock Holmes stories but in a way that removes the fun. Though as a writer I did appreciate the comparisons between the construction of fiction and the messy way real life tends to subvert that. There are also a few insights into Conan Doyle’s inspiration for certain characters which was a nice touch. 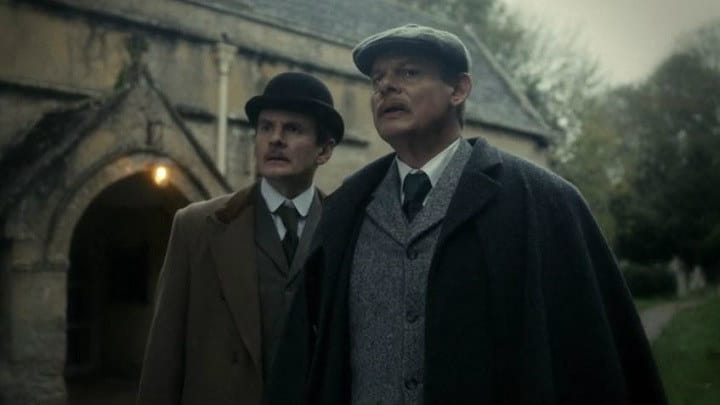 The costumes are simple but effective, evoking the everyday nature of the historical period well. The locations used are all excellent and perfectly suit the tone or environment needed for any given scene.

Martin Clunes is likeable and starkly different from the famous detective Doyle is famous for penning. Charles Edwards is also dryly funny as the put-upon manservant who fits into a Watson-like role. Arsher Ali does a good job of playing George Edalji as an enigmatic character, making you uncertain as to his guilt or innocence for quite some time. However, I felt that Hattie Morahan was underutilized in the role of Charlotte Lecki, Sir Arthur’s lady friend and confidante. She plays the role with subtlety and a depth of feeling but I would have preferred if she’d had a larger part. 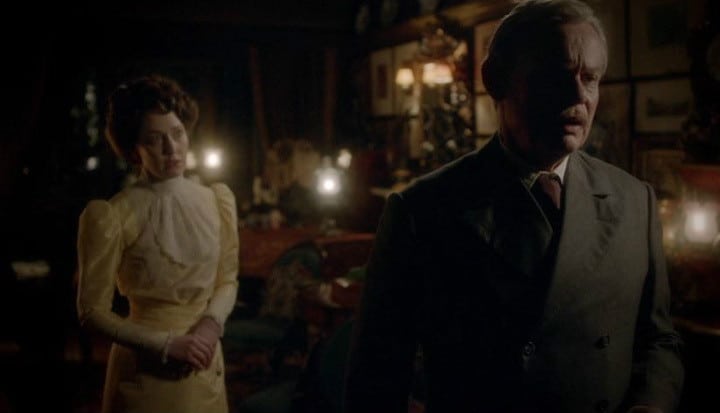 There is a staid romance between Sir Arthur and Charlotte Lecki. Unfortunately, their connection never fully develops. You gather that there was a fondness that developed while he was still married but did not go further. Nevertheless, Sir Arthur’s guilt is a major obstacle in them finding happiness. Both actors play it well but I felt the romance needed more time.

The mystery does come to a satisfying conclusion and the actors do a fine job. With better pacing and a more touching romance, the miniseries could have been really engaging. However, it is an interesting and moderately entertaining story to enjoy on a quiet evening.

Content Note: Arthur and George is TV-PG. There is no sexual content. There is some moderate violence. There are multiple instances of seeing dead animals and animal cruelty as part of the case. If this is not something you can bear to watch then I would not advise seeing this miniseries.

Where To Watch: Arthur and George is available to watch on Amazon Prime, PBS, and on DVD.

Our romance-themed entertainment site is on a mission to help you find the best period dramas, romance movies, TV shows, and books. Other topics include Jane Austen, Classic Hollywood, TV Couples, Fairy Tales, Romantic Living, Romanticism, and more. We’re damsels not in distress fighting for the all-new optimistic Romantic Revolution. Join us and subscribe. For more information, see our About, Old-Fashioned Romance 101, Modern Romanticism 101, and Romantic Living 101.
Pin this article to read later! And make sure to follow us on Pinterest.
By Elinor Cackett on April 25th, 2017