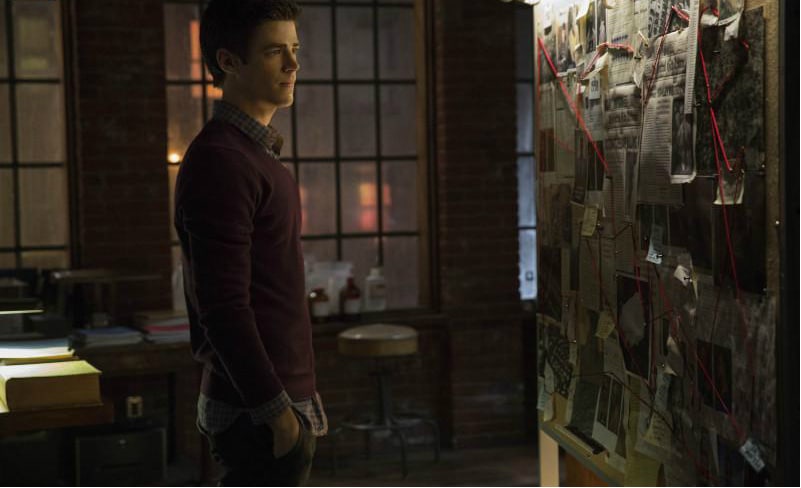 THE SHOW: The Flash

THE SETUP: A spinoff of the CW’s Arrow, The Flash tells the story of young scientist Barry Allen as he becomes a superhero with super speed abilities while also trying to solve the murder of his mother.

The Flash is easily one of the best new shows of the Fall 2014 TV season. As soon as Grant Gustin (as young Barry Allen) made his appearance on Arrow last season, it was obvious he was going to be a huge, breakout star. Now in the lead role of his own series, Gustin proved he could carry a show with charm, gravitas and humor. The Flash is a much lighter superhero show than Arrow is, throwing back to the days of Smallville – you know before Smallville became a mess in later seasons.

What’s charming about the show is that The Flash has an old-fashioned comic book appeal akin to Spiderman with Tobey Maguire or Burton’s Batman.

What’s charming about the show is that The Flash has an old-fashioned comic book appeal akin to Spiderman with Tobey Maguire or Burton’s Batman. In today’s world where comic book adaptations are typically very dark, this is refreshing to watch. The show is naturally funny with good writing, strong direction and a mythology that will keep people watching on a weekly basis.

What makes the series even stronger is the experienced actors in main supporting roles. You have Jesse L. Martin (Law and Order) as Detective Joe West and father figure to Barry. Then there’s Tom Cavanagh as the mysterious billionaire scientist who helps Barry with his abilities. Not to mention John Wesley Shipp as Barry’s father in prison. 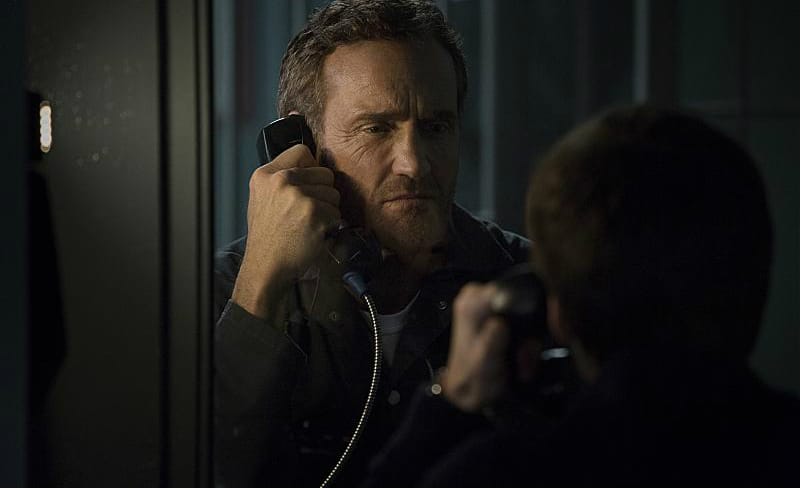 In a nice moment, Barry visits his father in jail. They hold hands through the glass symbolically passing the torch from one Flash to the next since John Wesley Shipp played The Flash in a TV series in the early ‘90s.

The only question marks I have on this series are the characters of Eddie Thawne (pretty boy detective as he’s called) and Cisco (who works in the lab). I just don’t buy Eddie as the secret boyfriend of Iris. He’s a little bland to watch. Hopefully he’ll get better and more interesting as the show progresses. I’m also not completely sold on the acting of Carloes Valdes as Cisco. His character is a little cliché as a funny sidekick, and I’m not sure if his acting skills are quite up to par with the rest of the cast. But he could grow and learn quickly, so we’ll see. I’m also waiting for better characterization behind the female characters.

In all, if you don’t watch Arrow (though if you don’t – you should be), don’t fret because you can still watch this series and understand what’s going on. The Flash is great fun and I easily recommend it to anyone who enjoys a good superhero story or even fun characters with good writing. This show has a promising future with no doubt many more seasons to come! I rate it 4 ½ corsets.

I love a good superhero movie or TV show, and right now I am absolutely in love with Arrow. During the second season of Arrow, we were first introduced to Barry Allen, the forensics guy who made a splash on the show and on Felicity’s heart (if only she wasn’t already in love with Oliver Queen). Likeable and a character easy to identify with, Grant Gustin played the destined future Flash with charisma and humor. This was a character that just worked right off the bat. Of course he needed his own show…

But was it any good? With the same writers of Arrow and clearly in the same universe with the Arrow even making an appearance in episode one (though a couple moment’s from that scene were slightly cringe worthy), they created a show just as entertaining as the first. This time around, however, the series takes a much lighter, more Smallville influenced turn. Whereas Arrow is dark with a dash of humor, The Flash is light with a touch of darkness (thanks to the intriguing mystery behind who killed his mother). The supernatural element is also quite different. Arrow is more based in reality similar to Batman (Oliver has no super skills), while The Flash needs to be based more in fantasy (time travel and all) in order to make sense of a human with super speed.

More than anything else, I loved the majority of the cast. Aside from Gustin, I appreciated the casting of Jesse L. Martin (Law and Order) as Detective West and Tom Cavanagh as scientist Harrison Wells. Then there is of course the old Flash (John Wesley Shipp) playing Barry’s Dad. A nice homage to say the least. 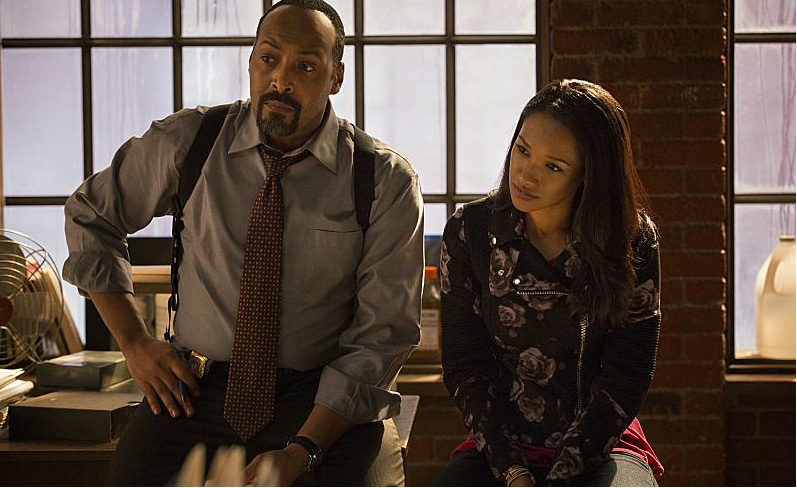 The female characters are also likeable enough, but I’m not sure either Caitlin or Iris (the love interest kept in the dark for her safety) stand out just yet in the midst of really interesting male characters. One actor, however, didn’t work for me at all: Rick Cosnett (The Vampire Diaries) as Eddie Brawne, Detective West’s new “pretty” partner and Iris West’s secret boyfriend. I don’t buy Eddie as a viable threat to Barry. Not at all. Not to mention, the two actors have like zero chemistry. Just ugh.

As a whole, I enjoyed the entertaining premise of the show, and the mysteries and mythology have an enormous amount of potential I can’t wait to tune into week after week. I rate this four corsets overall, holding on to the vintage hearts until I see how the love stories play out.

I’ll be honest. I’m not the biggest superhero genre fan, so I wasn’t really looking forward to this show. That being said, I actually liked it. I have to give it to the CW. They know how to do superhero right. Arrow is a huge hit, and I can see The Flash joining it as another hit in a genre that can be difficult to do well. To put it simply, the show is just plain fun to watch. It’s definitely hitting the mark in the entertainment category. First of all, Barry Allen (Grant Gustin) is a likeable character that you want to succeed. His story is a familiar one, but it works. You’ve got the kid with the sad, secret riddled past, who grows up wanting to solve the mystery of it. In his efforts to do that, he gets involved with experimental science, something, of course, goes wrong with it, and he ends up with some kind of boost to his physical abilities. In this case, he’s becomes really really fast.

The pilot is well paced, getting the audience to the superhero part without dawdling, but making sure to not leave any important details out either.

The pilot is well paced, getting the audience to the superhero part without dawdling, but making sure to not leave any important details out either. The show provides just enough superhero fun along with serious mysteries to solve and a stellar cast that makes it something the whole family will enjoy watching. All in all, I’d say the CW’s starting to look like the place to go if you want to see the superhero story done right.

What did you think of The Flash? Let us know in the comments.

Our romance-themed entertainment site is on a mission to help you find the best period dramas, romance movies, TV shows, and books. Other topics include Jane Austen, Classic Hollywood, TV Couples, Fairy Tales, Romantic Living, Romanticism, and more. We’re damsels not in distress fighting for the all-new optimistic Romantic Revolution. Join us and subscribe. For more information, see our About, Old-Fashioned Romance 101, Modern Romanticism 101, and Romantic Living 101.
Pin this article to read later! And make sure to follow us on Pinterest.
By The Silver Petticoat Review on October 12th, 2014