Fairy and folk tales stay with us, always changing over time but still staying true to the story’s core elements. Just consider the literary fairy tale (as opposed to the animal bridegroom variants), “Beauty and the Beast” and the changes that developed over the centuries. From a tale about arranged marriages to a tale that is symbolic of sexual awakenings, the story matches the culture of the time it is told. Think of Beaumont’s preachy, condensed version and compare it to the French 1946 film La Belle et La Bete (Beauty is much more forward and sexual). Then compare that to Robin McKinley’s Beauty (a book with deeper characterization) and Beauty to Disney’s Beauty and the Beast (the Beast becomes more developed and captivating). In modern day, the Beasts now tend to be much more beastly on the inside and the out (Even Once Upon a Time’s version with Rumpelstiltskin follows this pattern). Each retelling truly represents the time it is told or written.

There’s a reason why the art form of oral storytelling transitioned so well into the written word. Novels and literature became the perfect medium for the retelling of oral folklore and literary fairy tales. In a way, novels are just another way to tell a familiar story in a new manner. Fairy Tale Retellings will always be around because folklore never dies. It evolves.

And that’s why I love finding new Fairy Tale retellings in literature. I love to find out how an author will retell (or twist as is often the case) a familiar tale. Today, novels are really drifting far from the original source material, but that just makes it all the more fun.

Here are 30 Fairy Tale Retellings in Literature that either came out this past year or will be coming out soon. With gorgeous covers, a wide variety of tales retold, there are quite a few excellent books to add to your list. 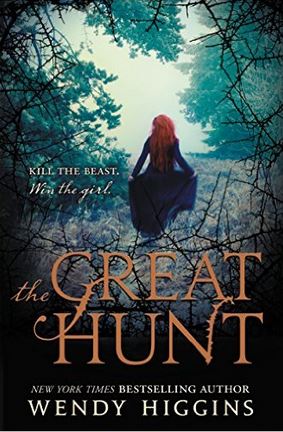 Fairy Tale: A retelling of Grimm’s “The Singing Bone.”

Synopsis: “Wendy Higgins, the author of the New York Times bestselling Sweet Evil series, reimagines a classic Brothers Grimm fairy tale with The Great Hunt, a dramatic, romance-filled fantasy with rugged hunters, romantic tension, and a princess willing to risk all to save her kingdom.

When a monstrous beast attacks in Eurona, desperate measures must be taken. The king sends a proclamation to the best and bravest hunters: whoever kills the creature will win the hand of his daughter Princess Aerity as a reward. The princess recognizes her duty but cannot bear the idea of marrying a stranger—she was meant to marry for love—until a brooding local hunter, Paxton Seabolt, catches her attention. And while there’s no denying the fiery chemistry between them, Princess Aerity feels that Paxton’s mysteriousness is foreboding, maybe even dangerous.

Paxton is not the marrying type. Nor does he care much for spoiled royals and their arcane laws. He is determined to keep his focus on the task at hand—ridding the kingdom of the beast—but the princess continues to surprise him, and the secrets he’s buried begin to surface against his wishes.” 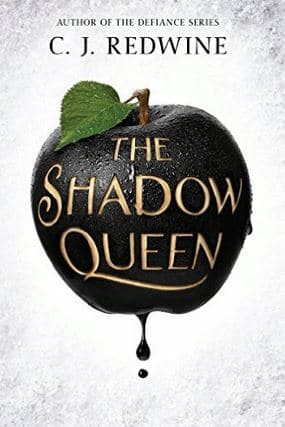 Synopsis: “A dark epic fantasy inspired by the tale of Snow White, from C. J. Redwine, the author of the Defiance series. Perfect for fans of A Court of Thorns and Roses and Cinder.

Lorelai Diederich, crown princess and fugitive at large, has one mission: kill the wicked queen who took both the Ravenspire throne and the life of her father. To do that, Lorelai needs to use the one weapon she and Queen Irina have in common—magic. She’ll have to be stronger, faster, and more powerful than Irina, the most dangerous sorceress Ravenspire has ever seen.

In the neighboring kingdom of Eldr, when Prince Kol’s father and older brother are killed by an invading army of magic-wielding ogres, the second-born prince is suddenly given the responsibility of saving his kingdom. To do that, Kol needs magic of his own—and the only way to get it is to make a deal with the queen of Ravenspire, promise to become her personal huntsman—and bring her Lorelai’s heart.

But Lorelai is nothing like Kol expected—beautiful, fierce, and unstoppable—and despite dark magic, Lorelai is drawn in by the passionate and troubled king. Fighting to stay one step ahead of the dragon huntsman—who she likes far more than she should—Lorelai does everything in her power to ruin the wicked queen. But Irina isn’t going down without a fight, and her final move may cost the princess the one thing she still has left to lose.” 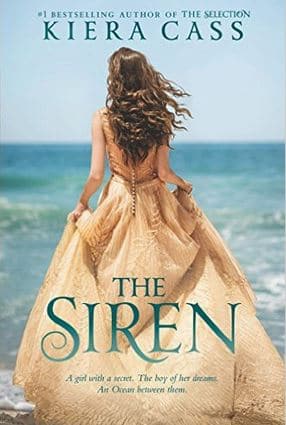 Fairy Tale: A retelling of “The Little Mermaid.”

Kahlen is a Siren, bound to serve the Ocean by luring humans to watery graves with her voice, which is deadly to any human who hears it. Akinli is human—a kind, handsome boy who’s everything Kahlen ever dreamed of. Falling in love puts them both in danger . . . but Kahlen can’t bear to stay away. Will she risk everything to follow her heart?” 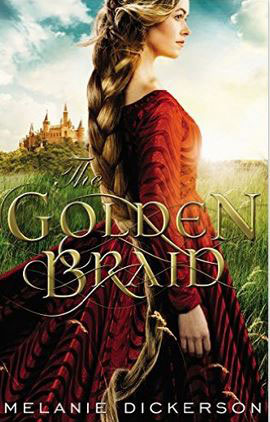 Synopsis: “The one who needs rescuing isn’t always the one in the tower.

Rapunzel can throw a knife better than any man. She paints beautiful flowering vines on the walls of her plaster houses. She sings so sweetly she can coax even a beast to sleep. But there are two things she is afraid her mother might never allow her to do: learn to read and marry.

Fiercely devoted to Rapunzel, her mother is suspicious of every man who so much as looks at her daughter and warns her that no man can be trusted. After a young village farmer asks for Rapunzel’s hand in marriage, Mother decides to move them once again—this time, to the large city of Hagenheim.

The journey proves treacherous, and after being rescued by a knight—Sir Gerek—Rapunzel, in turn, rescues him farther down the road. As a result, Sir Gerek agrees to repay his debt to Rapunzel by teaching her to read. Could there be more to him than his arrogance and desire to marry for riches and position?

As Rapunzel acclimates to life in a new city, she uncovers a mystery that will forever change her life. In this Rapunzel story unlike any other, a world of secrets and treachery are about to be revealed after seventeen years. How will Rapunzel finally take control of her own destiny? And who will prove faithful to a lowly peasant girl with no one to turn to?“ 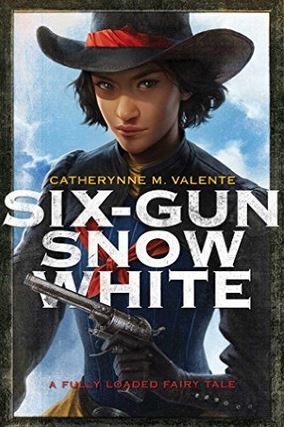 Synopsis: “A New York Times bestselling author offers a brilliant reinvention of one of the best-known fairy tales of all time with Snow White as a gunslinger in the mythical Wild West.

Forget the dark, enchanted forest. Picture instead a masterfully evoked Old West where you are more likely to find coyotes as the seven dwarves. Insert into this scene a plain-spoken, appealing narrator who relates the history of our heroine’s parents—a Nevada silver baron who forced the Crow people to give up one of their most beautiful daughters, Gun That Sings, in marriage to him. Although her mother’s life ended as hers began, so begins a remarkable tale: equal parts heartbreak and strength. This girl has been born into a world with no place for a half-native, half-white child. After being hidden for years, a very wicked stepmother finally gifts her with the name Snow White, referring to the pale skin she will never have. Filled with fascinating glimpses through the fabled looking glass and a close-up look at hard living in the gritty gun-slinging West, this is an utterly enchanting story…at once familiar and entirely new.“ 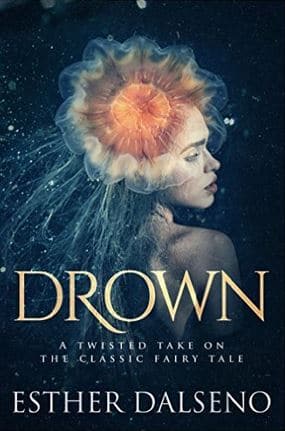 #6: Drown: A Twisted Take on the Classic Fairy Tale

Fairy Tale: A retelling of “The Little Mermaid.”

Belonging to a race that is mostly animal with little humanity, a world obsessed with beauty where morality holds no sway, a little mermaid escapes to the ocean’s surface. Discovering music, a magnificent palace of glass and limestone, and a troubled human prince, she is driven by love to consult the elusive sea-witch who secretly dominates the entire species of merfolk. Upon paying an enormous price for her humanity, the little mermaid begins a new life, uncovering secrets of sexuality and the Immortal Soul. As a deadly virus threatens to contaminate the bloodstreams of the whole merfolk race, the little mermaid must choose between the lives of her people, the man she loves, or herself.

A complete reinvention of Hans Christian Andersen’s classic fairy tale, this is a magical-realist fable that captures the essence of sacrifice and the price of humanity.“ 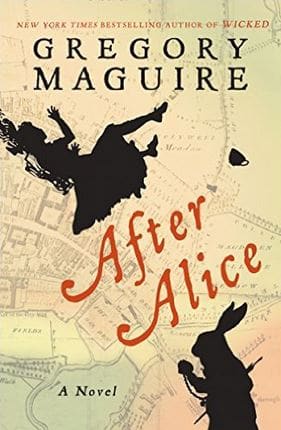 Fairy Tale: A retelling of the literary fairy tale, “Alice’s Adventures in Wonderland.”

Synopsis: “From the multi-million-copy bestselling author of Wicked comes a magical new twist on Alice’s Adventures in Wonderland, published to coincide with the 150th anniversary of Lewis’s Carroll’s beloved classic.

When Alice toppled down the rabbit-hole 150 years ago, she found a Wonderland as rife with inconsistent rules and abrasive egos as the world she left behind. But what of that world? How did 1860s Oxford react to Alice’s disappearance?

In this brilliant work of fiction, Gregory Maguire turns his dazzling imagination to the question of underworlds, undergrounds, underpinnings—and understandings old and new, offering an inventive spin on Carroll’s enduring tale. Ada, a friend of Alice’s mentioned briefly in Alice’s Adventures in Wonderland, is off to visit her friend, but arrives a moment too late—and tumbles down the rabbit-hole herself.

Ada brings to Wonderland her own imperfect apprehension of cause and effect as she embarks on an odyssey to find Alice and see her safely home from this surreal world below the world. If Eurydice can ever be returned to the arms of Orpheus, or Lazarus can be raised from the tomb, perhaps Alice can be returned to life. Either way, everything that happens next is “After Alice.” 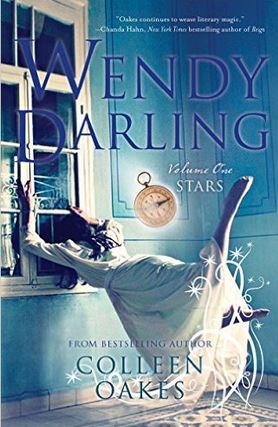 Synopsis: “Wendy Darling has a perfectly agreeable life with her parents and brothers in wealthy London, as well as a budding romance with Booth, the neighborhood bookseller’s son. But one night, while their parents are at a ball, the charmingly beautiful Peter Pan comes to the Darling children’s nursery, and—dazzled by this flying boy with god-like powers—they follow him out of the window and straight on to morning into Neverland, an intoxicating island of freedom.

As time passes in Neverland, Wendy realizes that this Lost Boy’s paradise of turquoise seas, mermaids, and pirates holds terrible secrets rooted in blood and greed. As Peter’s grasp on her heart tightens, she struggles to remember where she came from—and begins to suspect that this island of dreams, and the boy who desires her, have the potential to transform into an everlasting nightmare.”