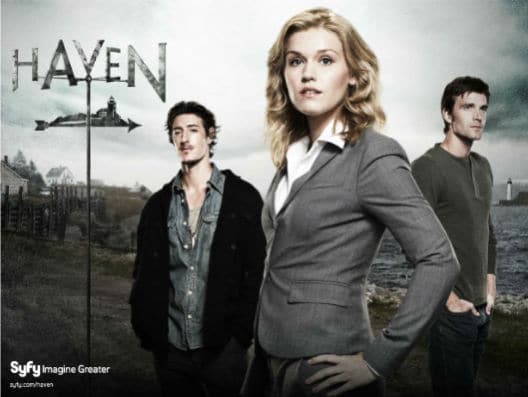 You’ve tried to be patient. You’ve even tuned into those summer shows that just don’t seem to compare. You’ve gone out to see every big blockbuster premiere. Hell, maybe you’ve even tried taking up a hobby like macramé or knitting. I understand I’ve been doing the same thing. Well, the wait is finally over! Fall television is returning with a bang, and we at The Silver Petticoat Review are here to help you prepare. We already shared our picks for new shows premiering this fall, so now it’s time for returning TV.

As it’s such a long list we’ve decided to break it up into two parts (tune in next week for part two). It’s important to note that our list is limited to only the shows relevant to this site, hence the “bias.” If you have any you feel we’ve unfairly left out, spill! We want to hear from you.

Anyway, without further ado, I give you our guide to returning Fall Television, organized by network.

Be sure to stay tuned for our thoughts on the shows throughout the season as they air.

Why you should tune in: The power has finally been turned back on! What new power struggles will ensue?

What would you do without it all? In this epic adventure from J.J. Abrams’ Bad Robot Productions and “Supernatural’s” Eric Kripke, a family struggles to reunite in an American landscape where every single piece of technology – computers, planes, cars, phones, even lights – has mysteriously blacked out forever. A drama with sweeping scope and intimate focus, “Revolution” is also about family – both the family you’re born into and the family you choose. This is a swashbuckling journey of hope and rebirth seen through the eyes of one strong-willed young woman, Charlie Matheson (Tracy Spiridakos, “Being Human”), and her brother Danny (Graham Rogers, “Memphis Beat”). When Danny is kidnapped by militia leaders for a darker purpose, Charlie must reconnect with her estranged uncle Miles (Billy Burke, “The Twilight Saga”), a former U.S. Marine living a reclusive life. Together, with a rogue band of survivors, they set out to rescue Danny, overthrow the militia and ultimately re-establish the United States of America. All the while, they explore the enduring mystery of why the power failed, and if – or how – it will ever return.

Why you should tune in: Castle has finally popped the big question…what will Beckett’s answer be?

When viewers first met Richard Castle — a famous mystery novelist and divorced father raising his teenage daughter, while being kept grounded by his Broadway diva mother — he was creatively blocked. But when the NYPD questioned him in connection with a series of murders staged to imitate crime scenes from his books, Castle found inspiration in Detective Kate Beckett, a bright and aggressive homicide cop with a fascination for odd and offbeat cases stemming from the years-old unsolved murder of her own mother.

Though they instantly clashed, sparks of another sort began to fly, leading both to danger and a hint of romance as Castle stepped in to help find the copycat killer. Once that initial case was solved, Castle and Beckett continued to investigate strange homicides in New York, combining Castle’s writer intuition and Beckett’s creative detective work. Then, after four seasons of “will they” or “won’t they,” Castle and Beckett finally gave into their feelings for each other. The fun and conflict continue to escalate as the crime-solving dynamic duo navigate a whole new chapter in their relationship.

Why you should tune in:  In the cutthroat world of Nashville there’s never a dull moment. Will any of them make it out alive?

Nashville is Music City U.S.A. It’s where today’s top recording artists lay down tracks while tomorrow’s undiscovered talent fight to be heard. With the backdrop of a thriving contemporary music scene and a tense mayoral race, “Nashville” takes us into the cutthroat world of music and politics, showing what it really means to become a star and stay one.

The Show: How I Met Your Mother

Why you should tune in: Ted’s future wife has finally been revealed. Where will things go from here? How will she fit in with the rest of the crazy group?

HOW I MET YOUR MOTHER is a comedy about Ted (Josh Radnor) and how he fell in love. It all started when Ted’s best friend, Marshall (Jason Segel), dropped the bombshell that he was going to propose to his longtime girlfriend, Lily (Alyson Hannigan), a kindergarten teacher. At that moment, Ted realized that he had better get a move on if he, too, hopes to find true love. Helping him in his quest is his friend Barney (Neil Patrick Harris), a confirmed bachelor with endless, sometimes outrageous opinions, a penchant for suits and a foolproof way to meet women. When Ted meets Robin (Cobie Smulders), he’s sure it’s love at first sight, but destiny has something else in store. The series is narrated through flashbacks from the future.

Why you should tune in: Booth has just been forced to reject Brennan’s marriage proposal. Where will their relationship go from here? Also, you’ve got to tune in just to see what crazy murders the team gets handed this season.

DR. TEMPERANCE BRENNAN (Emily Deschanel) is a highly skilled forensic anthropologist who works at the Jeffersonian Institute in Washington, D.C., and writes novels on the side. When the standard methods of identifying a body are useless (ie. the remains are so badly decomposed, burned or destroyed), law enforcement calls on Brennan for her uncanny ability to read clues left behind in the victim’s bones.

While most people can’t handle Brennan’s intelligence, her drive for the truth or the way she flings herself headlong into every investigation, SPECIAL AGENT SEELEY BOOTH (David Boreanaz) of the FBI’s Homicide Investigations Unit is an exception. A former Army sniper, Booth mistrusts science and scientists – the “squints,” as he calls them – who pore over the physical evidence of a crime. But even he cannot deny that the combination of his people-smarts and Brennan’s scientific acumen makes them a formidable duo, both professionally and personally.

Why you should tune in: Jess and Nick make a very cute couple…when they are together. Will we get an official relationship status from them this season, or will there be more beating around the bush? The antics that go on in this apartment are just too funny to miss.

Taking a modern look at friendship and romance, hit comedy NEW GIRL breezes into its upcoming third season as it follows a group of five friends, their somewhat interconnected romantic exploits and their often hilariously misguided attempts to find their respective places in the world.

As the series concluded its second season, JESS (Emmy Award and Golden Globe nominee Zooey Deschanel) and NICK (Jake Johnson) ultimately gave into to their mutual attraction and decided to take their relationship to the next level. SCHMIDT (Emmy Award and Golden Globe nominee Max Greenfield) desperately tried to win back CECE (Hannah Simone), after breaking off his romance with her, and his efforts were rewarded when Cece called off her wedding. Meanwhile, WINSTON (Lamorne Morris), seemingly the most grounded of the loft mates, slowly revealed cracks in his calm, cool and collected façade.

The Show: The Mindy Project

Why you should tune in: Mindy is truly a woman after my own heart. She’s a quirky dreamer who’s antics are too hilariously cute to miss. And, as an added bonus, James Franco will be making an appearance on the show. I wouldn’t miss this for anything!

THE MINDY PROJECT is a single-camera comedy created by and starring Emmy Award-nominated writer/producer and New York Times best-selling author Mindy Kaling (“The Office”). Returning for its second season, the series follows a skilled OB/GYN trying to balance both her personal and professional life.

Why you should tune in: Last we saw them, Duke and Audrey had entered the barn just before it disappeared. Where have they been whisked off to? Will Nathan be able to get them back? This upcoming season looks like it’s going to be an exciting one.

Syfy’s one-hour drama series Haven, starring Emily Rose (Jericho, Brothers and Sisters) is based on the novella The Colorado Kid from renowned author Stephen King. The series follows the shrewd and confident FBI agent Audrey Parker (Rose) as she arrives in the small town of Haven, Maine on a routine case. Before long, her natural curiosity lands her in the epicenter of activity in this curious enclave, which turns out to be a longtime refuge for people that are affected by a range of supernatural afflictions. The truth about Audrey’s mysterious past (which she can’t fully remember) starts to come out as well.

As the townspeople’s dormant abilities begin to express themselves, Audrey helps keep these forces at bay while discovering the many secrets of Haven — including one surrounding her own surprising connections to this extraordinary place.

Remember to tune back in next Monday for part 2 of our guide to returning TV! What returning show are you looking forward to? Sound off below…

Our romance-themed entertainment site is on a mission to help you find the best period dramas, romance movies, TV shows, and books. Other topics include Jane Austen, Classic Hollywood, TV Couples, Fairy Tales, Romantic Living, Romanticism, and more. We’re damsels not in distress fighting for the all-new optimistic Romantic Revolution. Join us and subscribe. For more information, see our About, Old-Fashioned Romance 101, Modern Romanticism 101, and Romantic Living 101.
By Rebecca Lane on September 10th, 2013