(I received a free copy to write an honest review on The Silver Petticoat Review. I was not financially compensated for this post and all opinions are my own.) 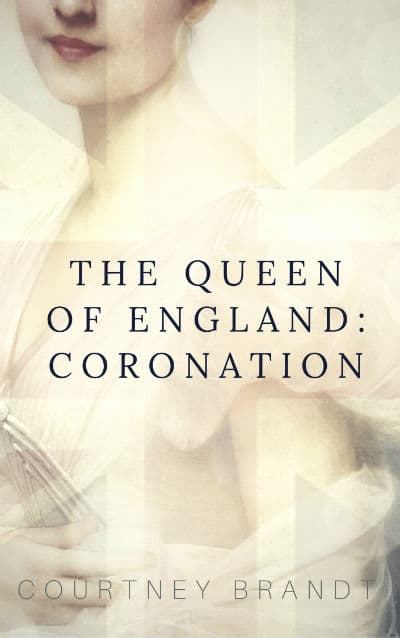 The Queen of England: Coronation by Courtney Brandt is a thrilling adventure set in a steampunk version of England. The story takes place after the New World Order kills Queen Victoria, her family, and much of the British government.

From there, a young woman and scientist, Juliette, prepares to take the throne and save England.

A story of growing up and leading a nation. Set in an alternate universe of London, after the untimely death of Queen Victoria in 1840, recently crowned Juliette faces a mysterious organization. The New World Order threatens her country and claims responsibility for the dirigible accident which killed off much of the aristocracy. Add in distracting romantic entanglements, a gifted unicorn, and tracking down the legendary Excalibur and this teenage Queen has an uphill battle leading to her coronation at Westminster. Will her reign be over before it has a chance to begin?

The Queen of England: Coronation Review

The Queen of England: Coronation looks at what happens when disaster strikes and you are suddenly in charge of an entire kingdom. The character thrown in charge is Juliette, a smart young woman who rises to the challenge admirably. She also uses science and her wits to solve the mystery surrounding the deaths of most of the British Aristocracy. Overall, Juliette is an amazing character that readers will love.

She is joined by her closest friends who are her advisers. Askew, her tutor/adviser, is a particularly interesting character. His impeccable fashion sense along with his judgment assist Juliette in saving the day. Rest assured, none of Brandt’s characters are boring.

Next. the world building in the book is fantastic. You have all the prim and proper habits of Victorian England combined with steampunk. In all, I rather enjoyed the steampunk aspects of the novel. There are airships, steam-powered guns, and dozens of other inventions. Another interesting aspect of Brandt’s England is Arthur’s Excalibur. No spoilers, so you must read how all it connects!

The storyline itself is well-paced and full of twists. There are scenes that are mostly dialogue, but the conversations always prove interesting. No doubt, Brandt knows how to capture colloquialisms of the time period with ease.

And now I come to the most important part…the romance! Juliette and her Captain of the Guard, Cranleigh, have a flowering romance. Unfortunately, they can’t reveal their love in public. Still, based on how their characters are written, the tension between the two is perfect. My favorite scene from the book is a romantic moment in the rain. In many cases, nothing is more romantic than rainfall.

RELATED Romantic Rain Scenes – 12 Moments That Will Make You Swoon

Bottom line: I recommend this book if you love Victorian romance, steampunk, and old legends. The Queen of England: Coronation does not disappoint! And as this is part of a trilogy, I look forward to future installments.

I know she doesn’t have the right hair color, but I can see Dakota Blue Johnson (Endeavour) playing Juliette. She just has that regal appearance and attitude. For Cranleigh, I’m thinking either Sam Heughan (going back to his natural hair color) or Richard Rankin. I imagine Michael Sheen as Askew. The book is perfect for a great miniseries.

Our romance-themed entertainment site is on a mission to help you find the best period dramas, romance movies, TV shows, and books. Other topics include Jane Austen, Classic Hollywood, TV Couples, Fairy Tales, Romantic Living, Romanticism, and more. We’re damsels not in distress fighting for the all-new optimistic Romantic Revolution. Join us and subscribe. For more information, see our About, Old-Fashioned Romance 101, Modern Romanticism 101, and Romantic Living 101.
Pin this article to read later! And make sure to follow us on Pinterest.
By Mandi Harris on October 6th, 2017

3 thoughts on “The Queen of England: Coronation: Steampunk, Royalty, and Romance!”