THEY ALL ASKED FOR YOU 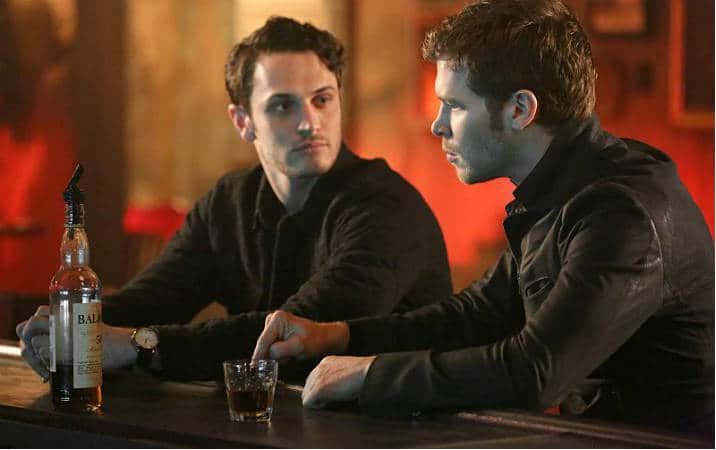 This week on The Originals there were some surprising developments, though I found the episode to be a bit slower than usual. “They All Asked For You,” was all about change, adapting with the times and moving forward whether in relationships or in leadership positions (which is not necessarily the best omen for Hayley and Elijah fans). Rebekah finds out the body she inhabits is that of a sadistic witch who kills children, Elijah makes an alliance with a powerful witch, Klaus and Hayley don’t quite see eye to eye on how to protect Hope and Freya reunites with Mikael.

With Kol gone and now Finn, plus the Hayley and Elijah romance done for the time being, the show we once knew appears to be adapting and we all may need to adjust. Just how much the show will be changing still remains to be seen… 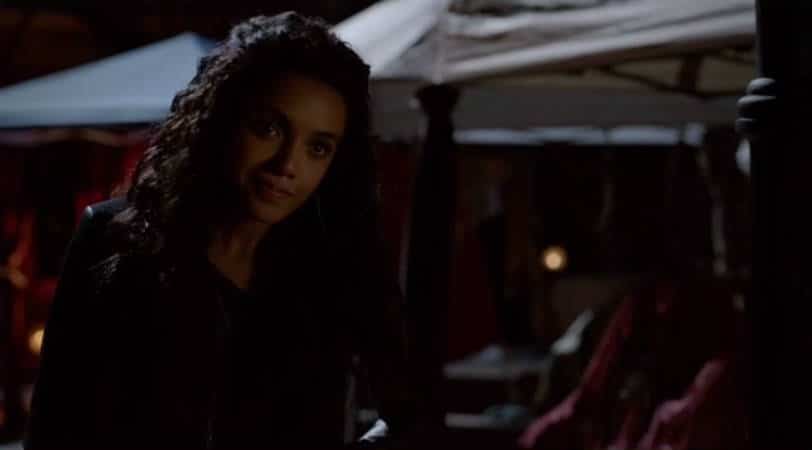 Unfortunately for Rebekah, she discovers that the body she inhabits belongs to the witch Eva Sinclair, a psychotic murderer who lures and kills young witches so she can absorb their magic. When she’s attacked by vengeful parents looking for justice, Marcel rescues Rebekah in the nick of time. He then reveals that he knows she’s “Rebekah,” despite being kept out of the loop.

From there, the two reveal their continuing fondness for each other. It seems the possibility of the Gia/Marcel romance was a red herring for Marcel’s real love interest. No doubt the Marcel and Rebekah romance is about to take front and center once again, and while Marcel is clearly ready to jump right back in, Rebekah claims to not be interested. Somehow, I don’t think that will last for long.

Meanwhile, to help Rebekah, Marcel hires a witch to help discover who her “body” belongs to. They discover the truth when this witch tries to kill them both with poison because “Eva” tried to kill his child. Thankfully, Rebekah creates a cure and saves them both.

But it seems like this “Eva” is going to be a problem as at the end of the episode, Eva apparently is able to take full control of her body temporarily and kills two children. Rebekah may need to find a new body and quick. That or they need to find a way to permanently repress the evil witch inside of her. 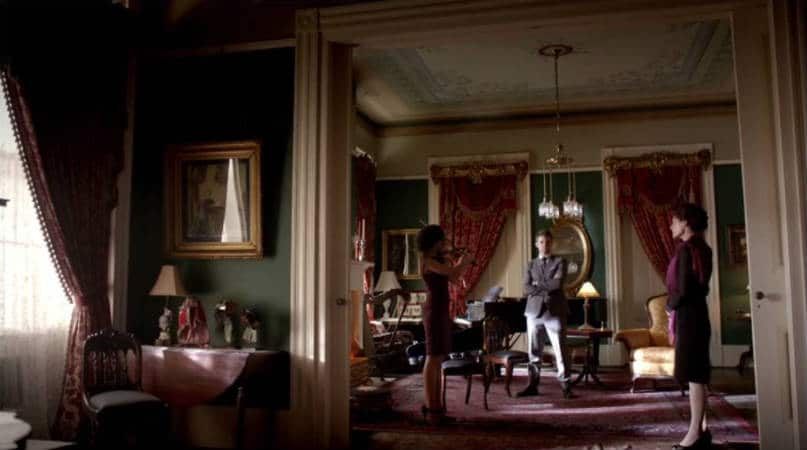 To help Rebekah, Elijah makes a visit to the powerful witch Josephine LaRue (who also happens to love music) to create an alliance so that they will leave “Eva” alone. She is the matriarch of the coven and bankrolls Fauline Cottage where Rebekah was imprisoned. So she’ll know why the witches are after Rebekah and why she was imprisoned.

He takes Gia along to play the violin to help convince Josephine to help them (thinking they will connect over music since Josephine was a young prodigy many years previous), which proves to be the key to their success as the witch likes her candor. Elijah and Josephine ultimately make a deal: Vincent for Rebekah/Eva. She wants Finn removed from Vincent’s body and then returned to her. Elijah happily agrees to this arrangement.

Later, Elijah and Gia bond over their success. With Gia upset over Marcel not liking her and Elijah upset over losing Hayley, the two sleeps together in what seems to be a combination of lust and seeking comfort over their heartbreaks. I don’t know about anyone else, but I hope this pairing doesn’t last for long as I find them to be rather contrived. Not to mention, the constant talk about adaptation felt a little too much like the audience being told to adapt to them as a couple. Pardon my own candor, but no thanks. 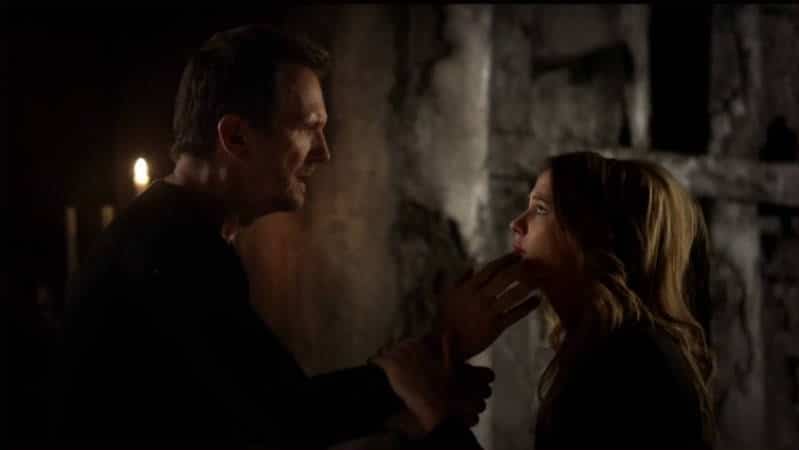 Elsewhere, Freya pleads with Finn to bring her to see her father. While she has an intense hatred for the mother who abandoned her, it seems she’s the only Mikaelson child with love and affection for her father. Her memories of him are kind and doting, completely different from the man he is now. Finn finally agrees to a few minutes for them to be alone, but Freya has her own plan in mind.

Freya wakes him up from the spell and reveals her true identity to Mikael. Overjoyed, Mikael embraces his long lost daughter. She then lets him go free. So it seems Mikael is once again on the loose. 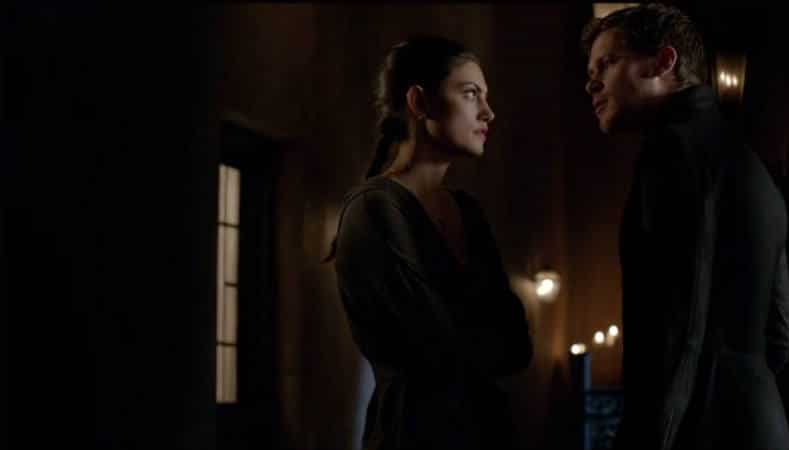 With Finn’s body missing from the morgue, it can only mean that he has returned somehow. So with the wolves now in service to Hayley and Jackson, Klaus convinces them to go after Finn to protect Hope. Or at least he convinces Hayley, who takes his side over Jackson.

Still, Klaus, recognizing dissent from Jackson, decides to find a new way to control the pack. Always the master manipulator, he learns of the tension growing between Aiden and Jackson over leadership and fighting tactics and convinces Aiden to follow his advice over Jackson’s on how to confront Finn. In the end, Klaus’s way works even though one of the wolves is killed.

After the defeat of Finn (and the release of Mikael), Klaus tells Hayley they need to use the wolves again to now go after Mikael. Surprisingly, she adamantly refuses, not wanting to be manipulated by him. She then threatens to leave with Hope and never return if he ever tries to manipulate her again.

Klaus, recognizing the loss of control he has over Hayley, turns back once again to Aiden. He meets with him to discuss how times are changing and what’s best for the wolves moving forward. He wants to convince Aiden to become the new leader of the wolves instead of Jackson. With Aiden clearly falling under Klaus’s persuasion, it seems there’s going to be some major werewolf fighting in future episodes; a civil war of the wolf clans so to speak with Klaus playing the role of Lady Macbeth. 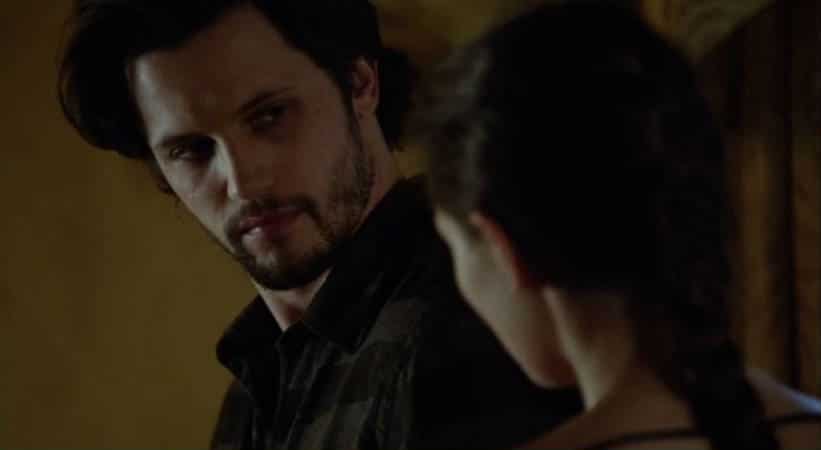 Jackson continues to prove that he’s man of the year when he continues to refuse to sleep with Hayley because he doesn’t want her to feel obligated. She tries to make him believe that she wants to be with him, but he remains unsure.

Still, he tries to be a great Stepdad to baby Hope. And by the end of the episode, he proves to Hayley he has the magic touch when he stops Hope from crying and puts her to sleep. It’s then Hayley and Jackson finally sleep together after their wedding. These two are proving to be a better couple than I could have possibly imagined and make a great married couple.

CAN FREYA BE TRUSTED? 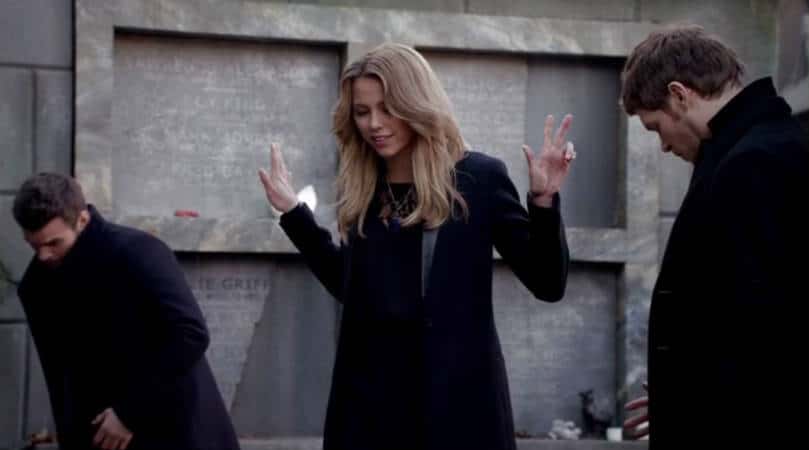 Before Klaus can kill Finn, Elijah stops him because he needs Vincent’s body to protect Rebekah. So, in typical Elijah and Klaus style, the two fights over what to do. Thankfully, Freya shows up and makes the decision easy. She takes Finn out of Vincent’s body and puts him inside of her necklace. So Vincent is free and able to be used as a bargaining chip to protect Rebekah.

Freya then claims to have information about Dahlia and wants to work with Klaus and Elijah to kill her. But can she be trusted? Klaus argues absolutely not, while Elijah is more open to hear what she has to say – albeit with a lot of mistrust. Klaus leaves Elijah with Freya, while she tells Elijah she looks forward to gaining his trust. 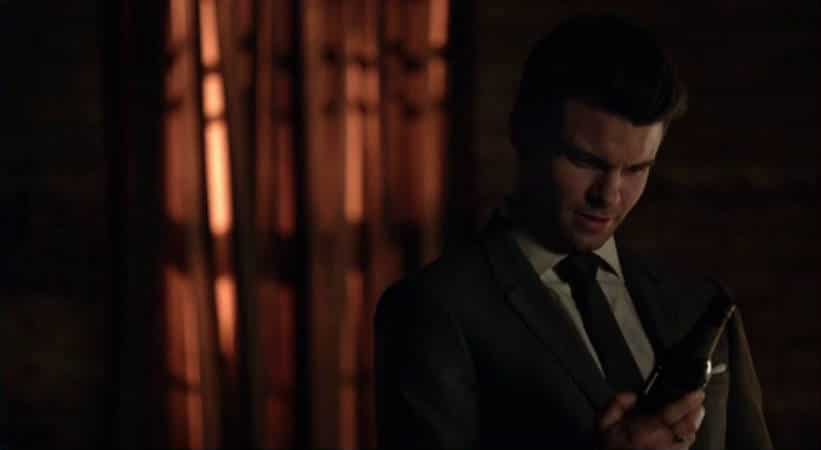 Elijah: I’m adapting to my audience. 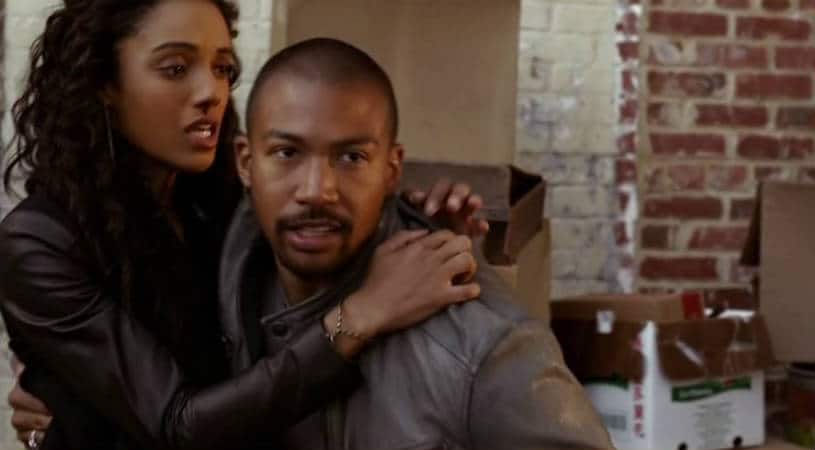 Sorry Gia and Elijah fans, I’m just not feeling these two, at least not yet (though to be perfectly honest that may never change). However, I was surprised by the chemistry between Maisie Richardson-Sellers as Rebekah and Charles Michael Davis as Marcel. So for this week’s standout romantic moment I decided to instead go with the return of the Rebekah/Marcel romance. In particular, the moment when Marcel showed up just in time to rescue Rebekah from witches trying to kill her. Why is this romantic? Well, it proves just how well Marcel knows Rebekah. Without being told she had returned and without knowing her new face, he was able to figure out who she was. It’s obvious the writers have dropped the Gia/Marcel romance in favor of an old favorite. And I for one am very happy with that change! Especially since these two actors have great chemistry.

So with Finn inside Freya’s necklace, do you think he’s gone for good – at least in the form of Vincent? Or is this only temporary? Perhaps with Yusuf still on the cast, we’ll be getting to know the actual character of Vincent which could prove to be very interesting. If so, will a different actor enter return to play Finn? Or will he go back to inhabiting Vincent? Thoughts?

How did you feel about the Gia and Elijah romance? Considering it had no real build up and just felt like it was all about lust, I’m not really into it. What are your thoughts on this pairing?

What is Freya really up to? Do you think she can be trusted?

This is just a theory, but could Eva really in fact be Dahlia in a new form? There does seem to be a parallel between Eva and Dahlia who both steal children.

Well, what did you think of “They All Asked For You?” Let me know in the comments!

Stay tuned for when I recap the next episode “Save My Soul.”

Our romance-themed entertainment site is on a mission to help you find the best period dramas, romance movies, TV shows, and books. Other topics include Jane Austen, Classic Hollywood, TV Couples, Fairy Tales, Romantic Living, Romanticism, and more. We’re damsels not in distress fighting for the all-new optimistic Romantic Revolution. Join us and subscribe. For more information, see our About, Old-Fashioned Romance 101, Modern Romanticism 101, and Romantic Living 101.
Pin this article to read later! And make sure to follow us on Pinterest.
By Amber Topping on March 10th, 2015

4 thoughts on “The Originals: They All Asked For You Recap – Adapting to the Changing Times”