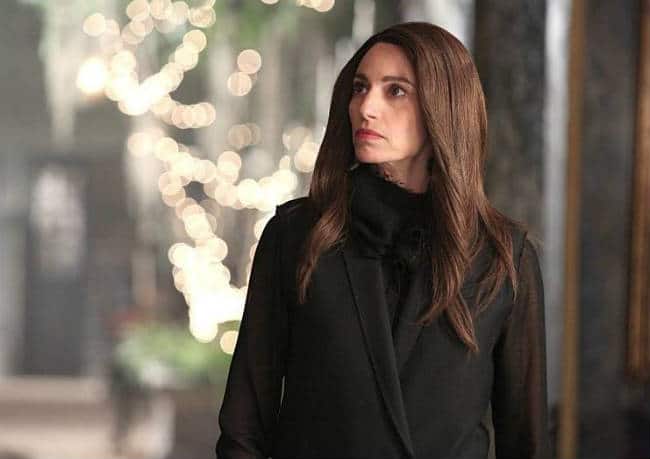 Evil Klaus was back in this week’s episode “Fire with Fire” as he works with Dahlia to get his revenge on Hayley and his siblings for stabbing him in the heart…literally. Meanwhile, Hayley and Jackson attempt to escape, Cami tries to reason with Klaus and Davina becomes regent of the witches.

RELATED: The Originals: City Beneath the Sea Recap – Dahlia Revealed 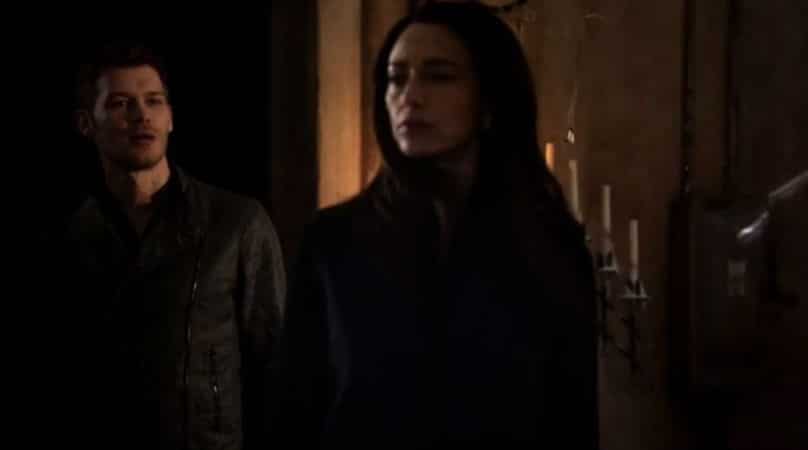 The episode begins with partying in the streets of New Orleans as an unfortunate couple make their way into the alley (always a bad idea) where they find a very famished Klaus. He then makes his attack on the unsuspecting couple. But he isn’t finished with just two. Dahlia then brings Klaus a whole line of innocents ready to devour – and that’s exactly what Klaus does! These two wickedly entertaining characters should share as much on screen time together as possible. Just saying.

From there, they formulate their plan – or at least Klaus’s plan. Angry and betrayed by his “family,” Klaus (on a revenge mission) first goes after Marcel. He drains him of vervain so he can compel him to do his bidding, which ultimately helps in the unraveling of his siblings’ plan. 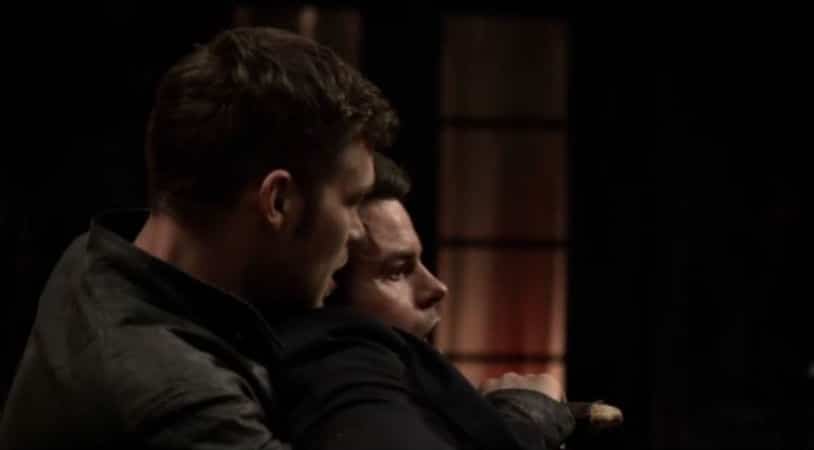 Everything that could go wrong does go wrong with Elijah and Freya’s plan to defeat Dahlia. First, they find Klaus gone from the coffin. Knowing what Klaus is capable of doing to them after they’ve daggered him, this is about the worst news they could have received in the midst of their strategy. But they move forward anyway.

With Freya as the bait, they use a spelled golem to lure Dahlia to them. At first it works. The mother/daughter dynamic between Dahlia and Freya continues as they confront each other inside the Compound with Freya holding the spelled object (which appears to Dahlia as Baby Hope). Freya claims that she betrayed her siblings because they didn’t accept her. This as no surprise to Dahlia, who shows no sympathy toward her rebellious “daughter” in attempting to make such a foolish connection.

And just as Elijah’s opportunity to kill Dahlia arrives (with their father’s knife now endowed with magic), Klaus intervenes with the help of Marcel. Under compulsion, Marcel pushes Rebekah aside who is in charge of running the spell to trick Dahlia.

Just like that, the “baby” turns to wood ash. In a rage, Dahlia jumps at Freya. From the shadows, Elijah emerges to take his chance to kill her anyway, but Klaus once again intervenes. Dahlia and Freya fight while Klaus and Elijah battle it out. To punish Freya, Dahlia puts her into an enchanted sleep earlier than planned. And in a dramatic turn of events, Klaus compels Gia to take off her daylight ring to burn in front of Elijah. So no more Gia. (Though the less said about Elijah and Gia’s awkward kiss earlier the better.)

The violence continues as Elijah feels a new surge of anger over Gia’s death. And when Klaus mockingly mentions what he plans to do to Hayley, Elijah rages out as the monster from behind the Red Door he so desperately tries to control. Still, he can’t win against the vengeful and very determined Klaus. And just as he’s about to completely win against Elijah, Cami appears. The shock on Klaus’s face couldn’t have been greater.

And yet, in the end, her arrival proves to be the best timing ever. Klaus drops Elijah, perhaps embarrassed by his own violence in front of her. But he can’t deviate from his plan. What he can do is tweak it a little bit. With Dahlia watching, Klaus bites Cami, leaving her for dead.

With Marcel under compulsion to kill Rebekah if she tries to escape, Rebekah makes an unexpected decision. She will kill herself (though not before she expresses surprise for how deeply Marcel cares for her) and awaken back in her original body. And that’s what she does. She stabs herself in the neck as Marcel holds her while she bleeds out. I admit to being sad to seeing Maisie Richardson-Sellers leave so soon. While I love the original Rebekah, no doubt this was the best possible actress they could have found to temporarily replace her. 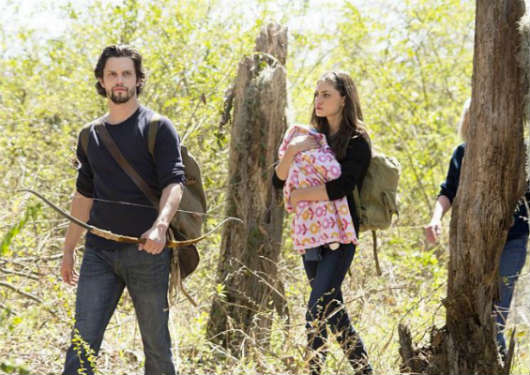 Meanwhile, Hayley and Jackson attempt to make their escape from the Bayou with the help of their pack and Jackson’s snarky Grandma. But their escape fails. They don’t get far before Klaus and Dahlia find them. And in a moment of pure delicious vengeance, he curses Hayley and her pack (with Dahlia’s help of course) to turn back into wolves. It’s the same curse they endured before. Hayley pleads with Klaus as she painfully shifts into her full wolf form, but to no avail. He does not forgive her for running off with his child.

Klaus and Dahlia have won. They approach Hope, with Klaus creating a barrier between himself and Dahlia. Just as she’s about to link herself to the child, Klaus stops her. He will not let her take Hope until she binds herself to him, using his eternal life to end her sleeping curse. Based on the look of temptation that crosses her face, it seems very likely she will accept his offer.

THE TIME OF THE WITCHES 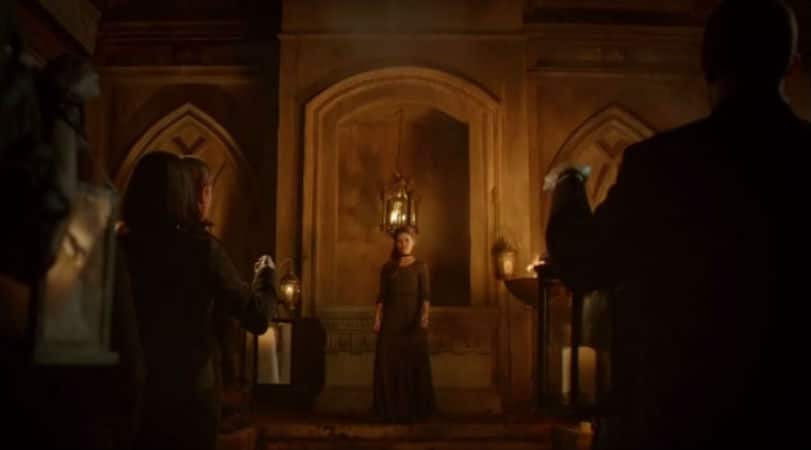 After Vincent and Davina help Rebekah unlink herself from the children, she and Vincent make a case to the witches as to why she should be the next Regent. At first Joey’s sister, I mean random new witch without a name and the others are against it. But Davina reminds them that she was in fact able to defeat Klaus Mikaelson and that they need her. And by the end of the episode, Davina takes her place as Regent claiming that this will now be “the time of the witches.”

A TWIST ENDING AND A STANDOUT ROMANTIC MOMENT 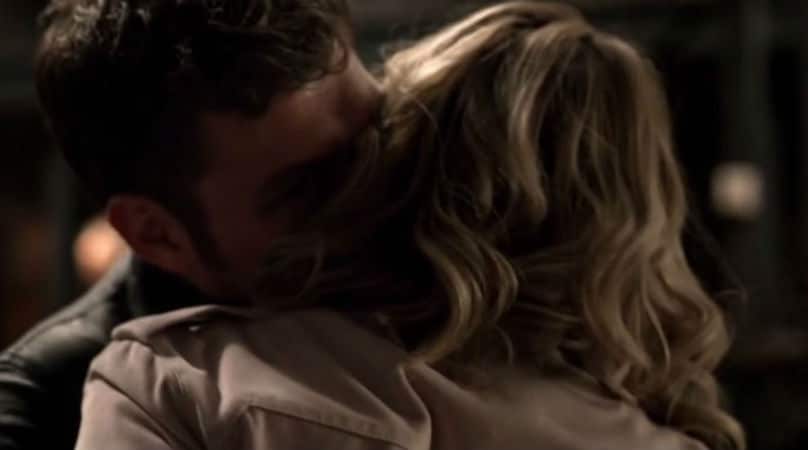 Earlier in the episode, Rebekah asks Cami to try and reason with Klaus. After all, he “fancies” her. The closest to an admission we’ve had so far. Though for all subtext lovers out there, hearing characters point it out isn’t really necessary. What I love about the Cami and Klaus relationship is that it feels natural and organic to the story. It doesn’t have the contrived feel that unfortunately has entered some TV relationships these days. However, if a love story works naturally, then I’m the number one fan. Hence, my love for the Klaus and Cami dynamic.

Plus, extra points for reminding me of one of my favorite shows…Angel. Reminiscent of when Angel bites Kate as a means to trick the bad guy, Klaus lets Cami in on his actual plan when he bites her. He didn’t in fact leave her for dead, he just pretended to for Dahlia to witness. So all of this has been a ruse from the start to get Dahlia to trust him. And when he bit Cami, he actually spoke to her silently of his plan and told her exactly what to do: Wake up Elijah and bring him on the plan.

While not overtly romantic, what I loved about this moment (the flashback version of it anyway), was the character development and growth between these two characters. For Klaus to actually trust a human as much as he does is both surprising and interesting. She said she knew he would never hurt her. And she was right. Well, at least from Klaus’s perspective. I truly look forward to how this “Beauty and the Beast” relationship will continue to develop. 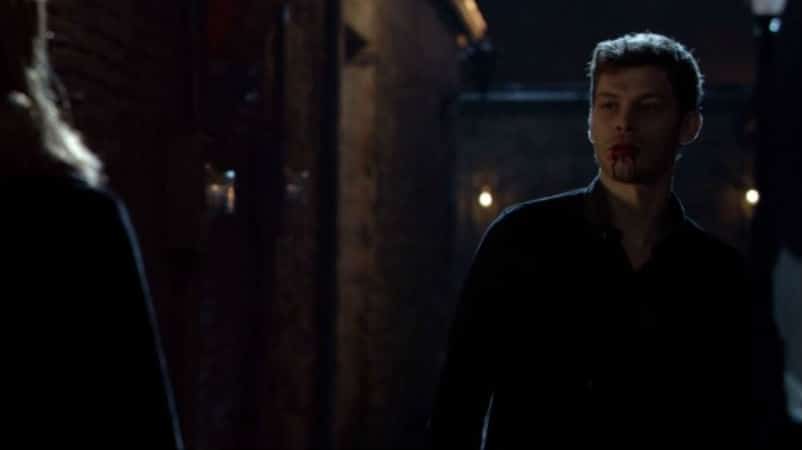 Klaus: I’ve never been daggered. I never knew it was such an agonizing experience. It does help explain why my siblings loathe me.

Were you sad to see Rebekah #2 go? Or were you ready for the original Rebekah to return?

What about Gia? What did you think of her final episode? Were you sad or relieved to see her character’s exit?

Well, what did you think of “Fire With Fire?” Let me know in the comments!

Stay tuned for when I recap next week’s season finale “Ashes to Ashes.”

Our romance-themed entertainment site is on a mission to help you find the best period dramas, romance movies, TV shows, and books. Other topics include Jane Austen, Classic Hollywood, TV Couples, Fairy Tales, Romantic Living, Romanticism, and more. We’re damsels not in distress fighting for the all-new optimistic Romantic Revolution. Join us and subscribe. For more information, see our About, Old-Fashioned Romance 101, Modern Romanticism 101, and Romantic Living 101.
Pin this article to read later! And make sure to follow us on Pinterest.
By Amber Topping on May 5th, 2015

2 thoughts on “The Originals: Fire with Fire Recap – Smoke And Mirrors”