CITY BENEATH THE SEA 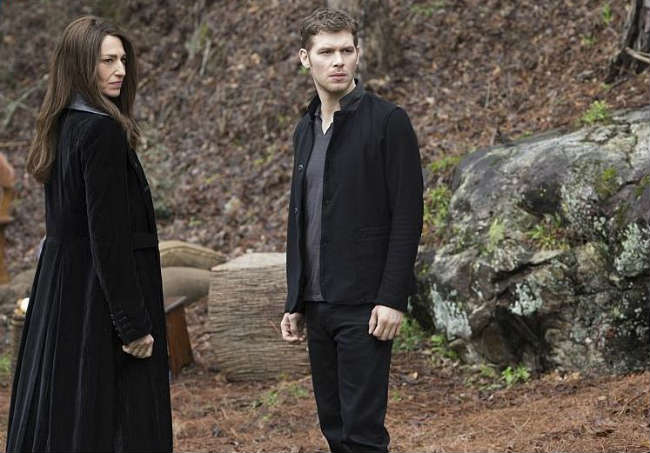 Claudia Black as Dahlia shines in this week’s folklore inspired episode “City Beneath the Sea,” as we learn just exactly who Dahlia is. She may be a villain, but she is still a character we can sympathize with. Elsewhere, Elijah and Freya clash over battle plans, Jackson asks Hayley to make an important choice and Vincent makes an offer Davina may not be able to refuse.

RELATED: The Originals: When the Levee Breaks Recap – A Family Divided 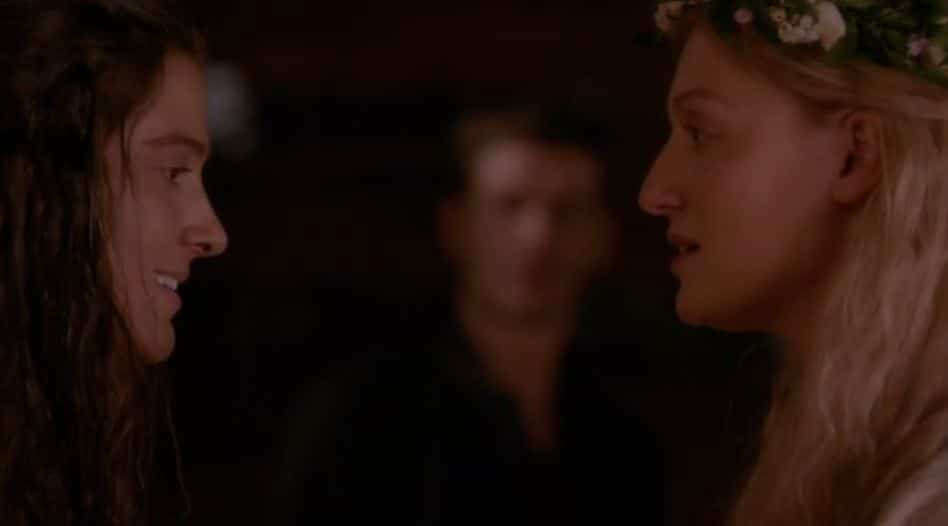 “City Beneath the Sea” begins with a voice-over from Dahlia about family as she creates a powerful spell that will allow Klaus (“the sleeping prince”) to temporarily awaken from his “enchanted” slumber, but only inside her mind. She takes him through some of her memories to convince him that she’s not actually the villain – that letting her have Hope will be the best thing for her.

First, Dahlia takes Klaus to a small village (that looks like it came right out of a storybook of fairy tales). But everything is not as idyllic as it seems. As she invites Klaus to listen further, he hears the slaughter of innocents. Which then brings him to Dahlia and his own mother Esther when they were young.

It turns out Dahlia and Esther were the only two survivors of their village who were all killed by the Vikings. The two girls are taken hostage, but not before the sisters make a promise to each other that they will there for each other forever.

As time passes, Dahlia is used as a tool by the Vikings to perform dark magic. In exchange, her sister Esther is allowed a fairly happy existence. But all the while, Dahlia plans to make their escape. When the time comes, she reveals her plan to Esther, only to discover that Esther has fallen in love with a Viking (one of the men who actually destroyed their village) and no longer wants to practice magic. She “betrays” Dahlia.

Angry and alone, we watch as Dahlia recalls the painful memory, with Klaus playing the role of interested observer.

From there, Dahlia takes Klaus to memories of Freya (who she kept hidden away in the forest), revealing that Freya is not all she seems. Apparently, all first borns in the family are given an incredible amount of power – almost too much for them to handle without guidance. Freya clearly begins to go mad, killing all the crows flying near them in the woods. She cannot control her power. But Dahlia helps her, giving the picture of a caring maternal figure, rather than the complete villain Freya painted her to be.

Dahlia warns Klaus that Hope will be much worse than Freya. Not only will she be a powerful first born witch from their bloodline, but she will also have vampire and werewolf blood in her veins. Hope will become destructive, perhaps even destroying his beloved city of New Orleans.

Klaus listens with interest. Could Dahlia actually persuade Klaus to join her side? 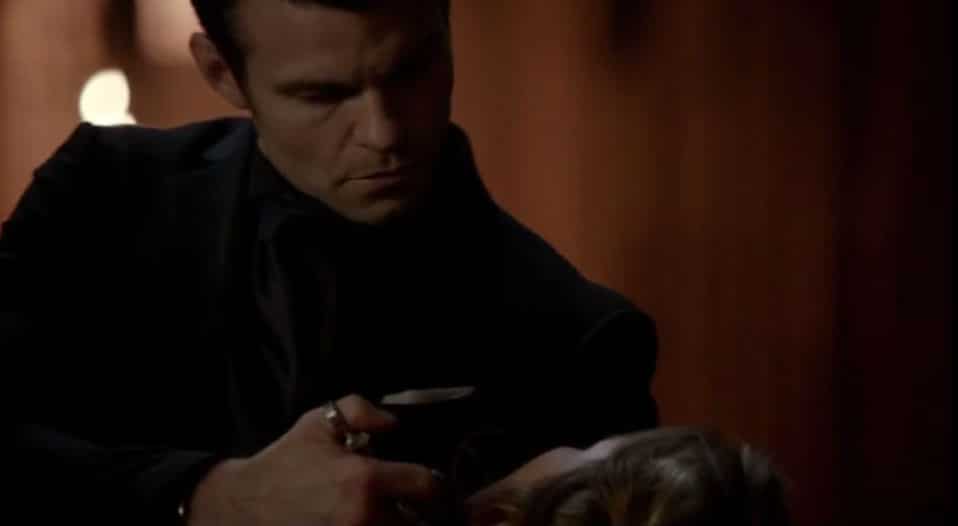 With Klaus safely daggered and put away, Freya reveals the next part of her plan. She needs Hope to be bait so Dahlia will then come to them and they can destroy her. Unfortunately for Freya, this move makes Elijah highly suspicious. There is no way he has any intention of putting his niece in harm’s way.

Formulating his own plan, Elijah turns to Cami for the use of dark objects (while also revealing he was inside her head as much as she was inside his and therefore knows of her feelings for Klaus). Cami reveals to Elijah that Klaus didn’t kill Aiden, but for now it’s too little, too late.

Elijah then brings Rebekah and Davina into the fold to work on a spell that will help defeat Dahlia. They work to create a decoy in the form of a magically infused doll that should attract Dahlia to them giving them the time they need to defeat her. However, Vincent warns Cami that this spell will not be enough. They need an actual beating heart if Dahlia is at all to be fooled.

Thinking like Klaus, Elijah (in one of his more awesome moments of the series) deceives Freya and uses the spell (with baby Hope’s blood obtained from Hayley in the Bayou) on her so she will now be the decoy instead of Hope. 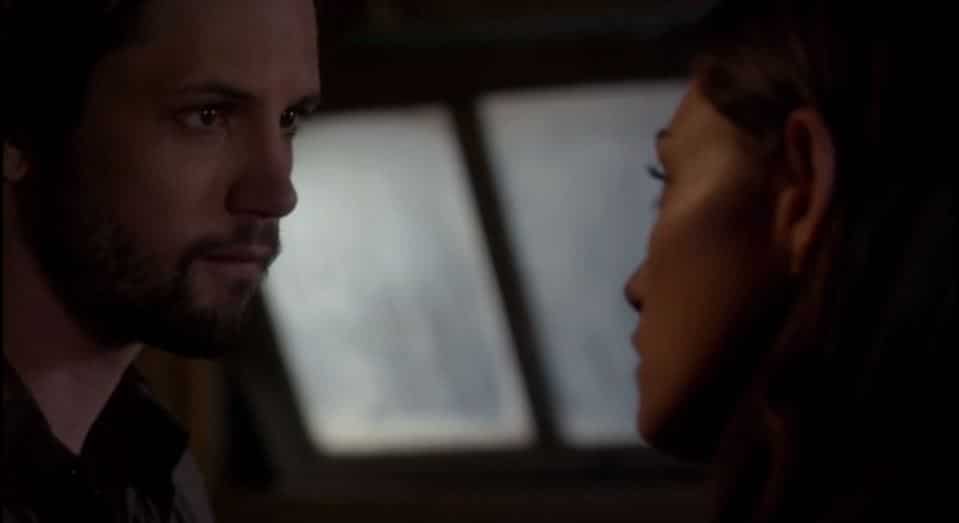 After Elijah and Jackson have a tense stand-off in the Bayou over Hope’s blood (and Hayley trusts Elijah with it), Jackson presents Hayley with a choice. After this is all over, she will have to decide who her family is: the Mikaelson’s or him and the other wolves. She doesn’t take any time to think it over – she chooses Jackson and the wolves. But it isn’t just about being part of the pack that ultimately makes it an easy choice for her. She realizes that she doesn’t want her daughter to grow up a Mikaelson. Hayley believes that for her child to have the best possible chance she needs to grow up somewhere else. Hayley then calls Elijah and leaves him an emotional goodbye on his voicemail. As Elijah and Rebekah listen to her message, they can’t disagree with her reasons for leaving.

The nine witch covens of New Orleans are looking for a new leader and Vincent thinks Davina might be the one for the job. She would have a direct connection to the ancestors and given more power than she could possibly imagine. The witches want Vincent for the position, but he has no interest. So he wants to present them with an alternative: Davina. If she were to be chosen she would have the ability to use necromancy which could help her in her quest to bring back Kol. It’s obvious Davina is seriously considering his offer. 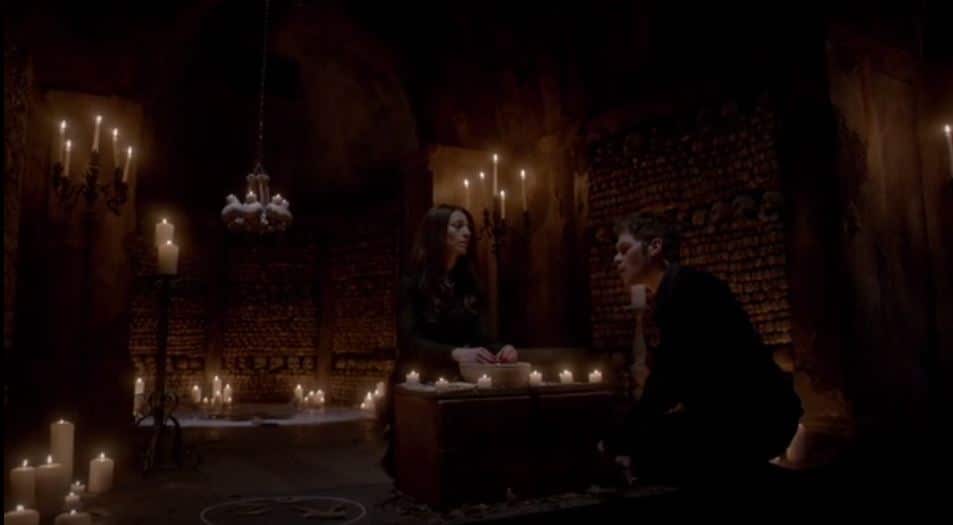 After showing Klaus (and I’m sure being quite selective about which memories to show) why she is the only one who can teach Hope how to use her magic properly, she makes a surprising proposition to Klaus. Dahlia believes that her time with Freya failed because she didn’t have her father around. So Dahlia wants Klaus to be involved with the raising of Hope. Together, no one could fight against them. But there’s a catch – as there usually is in folklore and fairy tales when characters make a deal with a witch. Klaus must eliminate Hayley in exchange for being able to be with his daughter.

Later, after being awakened from the dagger by Dahlia’s powerful magic, he overhears Hayley’s phone message of her plan to run away with their child. Weak and barely able to walk, Klaus makes his way to Dahlia and agrees to the deal. He never liked Hayley anyway. Or at least that’s what he claims. The two “villains” come together and The Originals has never been more entertaining. 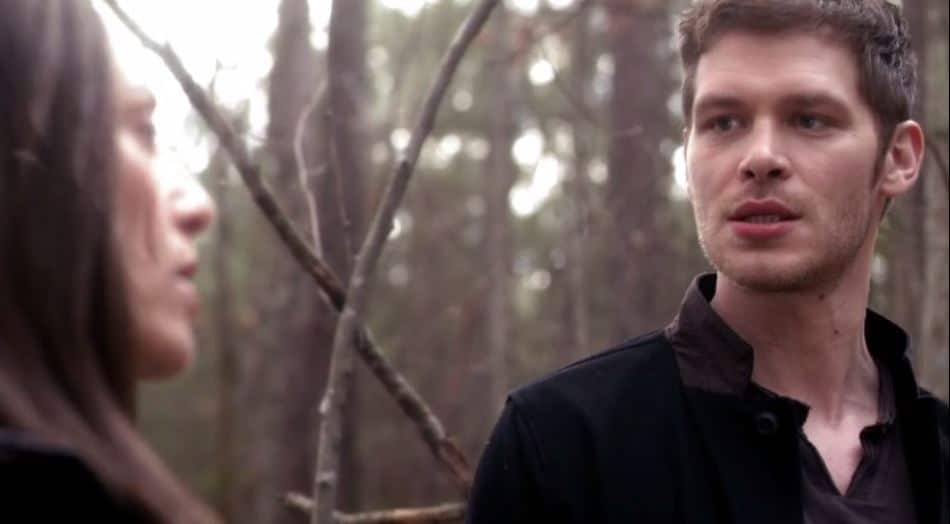 Klaus: Very cliché. Tell me, did you inspire the witches of Grimm lore, enslaving a young girl in a hut on the edge of a dark forest?

Do you think Klaus is really willing to kill Hayley? Or do you think he’s deceiving Dahlia with another endgame in mind?

Dahlia may be one of the most interesting villains to ever be on The Originals or The Vampire Diaries. What are your thoughts on Dahlia and Claudia Black’s performance?

Well, what did you think of “City Beneath the Sea?” Let me know in the comments!

Stay tuned for when I recap next week’s episode “Fire with Fire.”

Our romance-themed entertainment site is on a mission to help you find the best period dramas, romance movies, TV shows, and books. Other topics include Jane Austen, Classic Hollywood, TV Couples, Fairy Tales, Romantic Living, Romanticism, and more. We’re damsels not in distress fighting for the all-new optimistic Romantic Revolution. Join us and subscribe. For more information, see our About, Old-Fashioned Romance 101, Modern Romanticism 101, and Romantic Living 101.
Pin this article to read later! And make sure to follow us on Pinterest.
By Amber Topping on April 28th, 2015