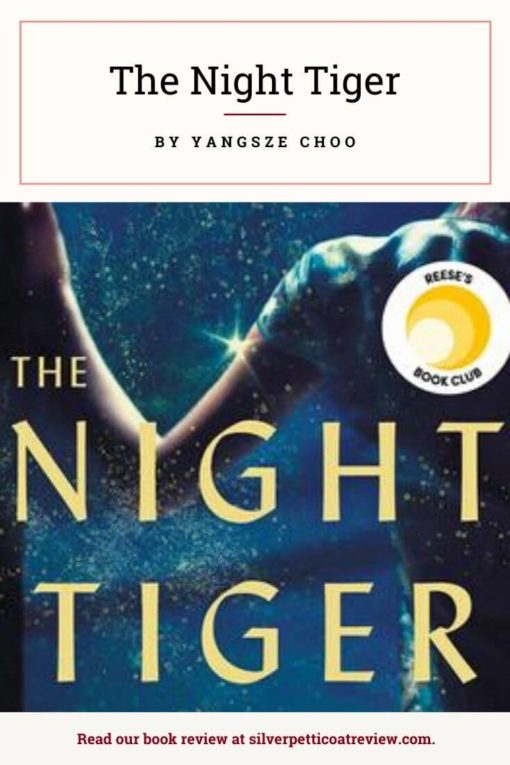 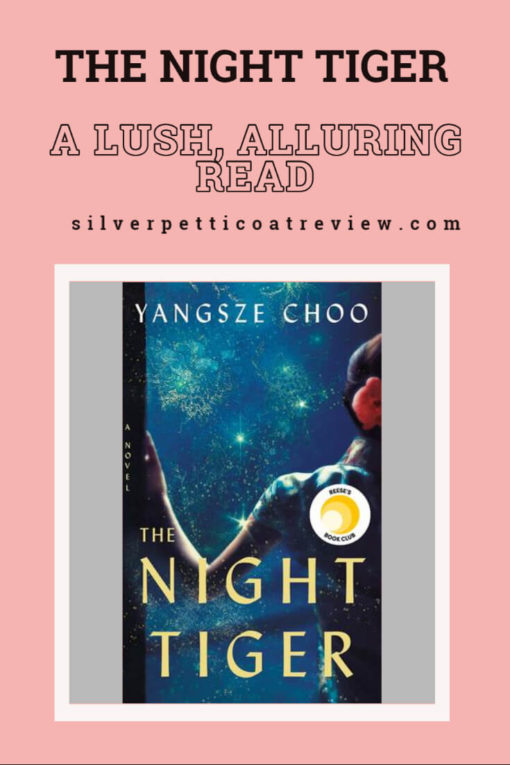 Book Review of The Night Tiger by Yangsze Choo.

As the screen adaptation of Yangsze Choo’s debut bestseller, The Ghost Bride, airs on Netflix, I decided to give Choo’s latest novel a read. The Night Tiger is a lush, magical read, set in Malaya (Malaysia) of the 1930s.

If you enjoy stories of burgeoning independent young women, of folklore and myths and the supernatural, of forbidden love, of exotic locales and historical periods, well, this is the read for you.

He has 49 days to complete his task, the 49 days of the soul. If he fails to make whole in death what was separated in life, his master’s soul will never rest. And a restless master, who may or may not have been a weretiger, is a rather serious matter.

Ji Lin is a dancehall girl, a position that requires a double life. There, in the hall, dancing with strangers for money, she is Louise. Elsewhere, she is an unpaid seamstress-in-training, denied further education by her conservative, controlling, and abusive stepfather.

Her mother’s gambling debts compels her to enter the seedier side of dancehall life, debts, which her mother cannot reveal to her husband for fear of his very physical reprisals. Ji Lin tells her mother that she’s making money selling dresses.

Ji Lin wants more, wants an education, wants another life than her prescribed lot. Her stepbrother Shin has escaped, is taking the education she so desires for herself. And she’s happy for him and jealous of him, hating and loving him at the same time.

He’s disappeared to Singapore for his medical training, and she has been left behind. He was once her best friend in the entire world, her confidant, her protector, her partner in crime, her birthday twin (they are born on the same day). And now he has abandoned her.

And then one dance, a handsy customer drops something, which Ji Lin picks up. It’s a shriveled finger.

So, essentially The Night Tiger is all about how Ji Lin and Ren need to meet, how the sought-after missing finger needs to return to the one seeking it. Ren takes up a houseboy position with the doctor who first amputated the finger, William Acton. William Acton is a surgeon at the hospital where Shin has a summer position.

All the while, she must maintain her double life, not letting on about her shameful job as a dancer even as she’s starting to have some rather unsettling thoughts and feelings about her stepbrother.

Yes, like fingers on a hand, there is a fifth virtue out there, a fifth name, a fifth person, Li. An unknown force, which also connects to this missing finger. And as Yi keeps saying again and again in Ji Lin’s dreams, all these virtues are out of balance. So, more than just a finger, there’s a metaphysical imbalance that needs to be righted.

And, oh yeah, the bodies are piling up, and tiger prints are spotted, and the dreams are getting more and more vivid.

Now, I will say no more!

The Night Tiger is an alluringly lush read, a read that lingers long after the last page is read. Like a hungry tiger, I devoured this book. I couldn’t put it down. I ended up reading it all in one go, staying up way too late, especially considering my motherly duties the following morning.

Yangsze Choo creates an evocative world here. The story and writing are compelling. And the subtle, slowly building, totally forbidden love is just my thing. And when it finally explodes in an episode of raw physicality, well, I’ve had to read it multiple times only for the sheer pleasure of it (-:

Okay, too much said.

Whare are your thoughts on The Night Tiger? Have you read it? Do you have it on your to-read list? Let me know in the comments!