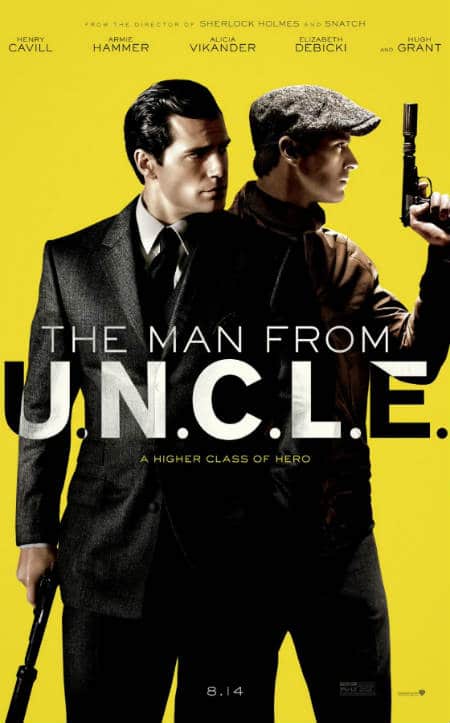 The Man from U.N.C.L.E. Review

Breathing new life into stories that originated in the age of classic television has become a familiar sight at the box office. We’ve seen Get Smart try its unique brand of slapstick humor, and the amped up sexy remake of the 70s favorite Charlie’s Angels collected a squeal. On the small screen, failures to reboot Charlie’s Angels (ABC) are more the norm than the rare success of CBS’ Hawaii Five-0. The latest to add its name to these lists is the cold-war spy caper The Man from U.N.C.L.E. Reports tell a story of disappointing numbers for the smart and stylish piece of escapism. Unfortunately, the film might not have gathered its intended audience.

Henry Cavill plays Napoleon Solo, a man once among the ranks of thieves with a sketchy past before he was captured and recruited by the CIA. Instead of locking him away in some dank cell, the Americans recognized his talents (which includes mastery in multiple languages), and used his skills for their purposes. He now has five years remaining on his loyalties.

KGB operative, Illya Kuryakin (Armie Hammer) is the opposite of Solo. He’s loyal to his country, but suffers often from psychotic breaks and anger issues. A long-standing condition perpetuated by the downfall of his parents. The one thing both men have in common is their respective mission orders: prevent each other from obtaining success. 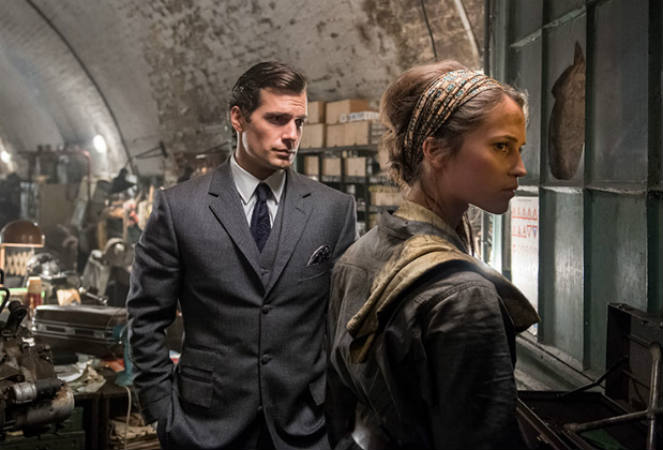 These two men are about to collide on a mission involving a Russian woman named Gaby (Alicia Vikander), whose uncle happens to be in possession of a nuclear weapon. This is a mission that requires the U.S. and Russian cooperation, which means Solo and Illya have just become reluctant partners.

Seeing all of the heavy male dominated films currently enjoying box office success, perhaps filmmakers hoped to cater to the female audience with this pretty period drama not to mention its attractive (and British!) men in the lead roles. Honestly, I don’t see this garnering as much female interest as I do fans of the classic TV show, and even that is dependent upon whether or not people want to see new players step into roles they might feel are best left alone. I thought as a film, this was tons of fun. Guy Ritchie wore many hats in the production (director, producer, and writer) of this film and that was a big advantage. I’ve enjoyed his remakes of Sherlock Holmes as good pieces of entertainment, and really when boiled down, that’s what this actioner is.

If there is a fault line, it’s the films length. It does perhaps run a smidgeon overlong. Still, I was surprised not one sequence “lagged.” When I saw the movie’s runtime, I anticipated more tiresome details and unnecessarily long spans of time in which nothing but dialogue was the normal. Instead, the plot kept a decent pace and quite impressively, balanced between action sequences and wit, plus sets up its origin story well. The plot doesn’t get lost in the details of the past (but does give the audience a picture of what has passed via a slick opening credits sequence and a brief timeline of Solo’s and Illya’s exploits) and produces a decent script as a result, one that doesn’t ever become boring. What really impresses is the nod to classic films of the past. Though, the film obviously has the advantage of 21st century filmmaking, the movie still pays homage to yesteryear and that’s an appealing quality. 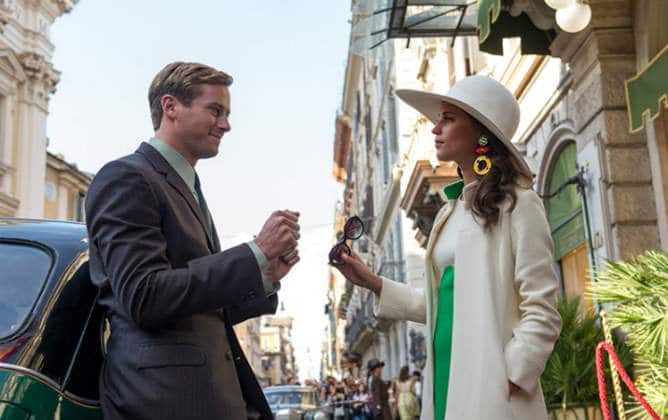 Everything about this remake is stylish. The fashions are fantabulous, colorful and darn elegant. The cast play their roles with aplomb, a cast that also features Hugh Grant. Everything about the film is very deliberate. To explain this; I liked how the camera catches the impact of every action. Instead of jumping back into the action, the ring of a gunshot is allowed to fade away and a close up of the man holding the gun is the frame’s focus. Or the betrayal of a character has an echo all its own as the reaction and sting of that double-cross is felt. This allows not just a breath of relief (or surprise, whichever the case may be), but also every impactful moment to have its desired effect. Whether or not the film does a good job recreating the television series of the same name, I haven’t a clue. 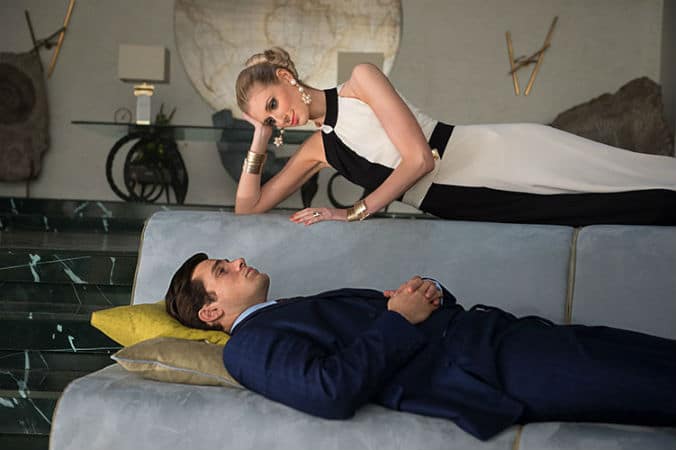 Before leaving off, I’d be remiss if I didn’t mention the romance. The interplay between the only romantic entanglement stays in the shadows for the majority, but it’s the “tease” of the possibility that lends the sizzle to the will-they-or-won’t they scenario. I was surprised that the couple doesn’t get any kind of resolution in this department (meaning, they’re “together” at the end rather than still tip-toeing around their attraction), but as every anticipatory blockbuster is programmed to do, I suspect sequels were in mind when production wrapped.

As the days of summer wane, if you’re looking for one last summertime flick to see, The Man from U.N.C.L.E. isn’t a bad way to spend two hours in a theater. I thoroughly enjoyed its trappings and the fact that the cast boasts some of my favorite performers, which didn’t hamper its cause in the least. There are some great moments of humor (including a scene involving Solo watching Illya attempt an escape from the safety of a truck or Gaby’s random dance party) Flashy and old-fashioned fun, this is the last of summer’s best. Fans of the genre or anyone looking for a classic action picture should look no further than this. It’s old-fashioned charm and entertainment at its best.

What did you like about The Man from U.N.C.L.E.? Have you seen it or do you plan to? Share your opinions down below.

Our romance-themed entertainment site is on a mission to help you find the best period dramas, romance movies, TV shows, and books. Other topics include Jane Austen, Classic Hollywood, TV Couples, Fairy Tales, Romantic Living, Romanticism, and more. We’re damsels not in distress fighting for the all-new optimistic Romantic Revolution. Join us and subscribe. For more information, see our About, Old-Fashioned Romance 101, Modern Romanticism 101, and Romantic Living 101.
Pin this article to read later! And make sure to follow us on Pinterest.
By Rissi JC on August 18th, 2015