(I received a free copy of The Long Walk from the author. I was not compensated for my review and all opinions are my own.)

Last year I had the privilege of reviewing The Bridge, a debut novel by Jill Cox. Not only did I fall in love with the story and its’ characters, but it also turned out to be one of my favorite books of the year. I’ve been impatiently waiting since then for the continuation of Meredith and Pete’s story. Set to release October 16, The Long Walk is finally here! And it is worth the wait.

RELATED: The Bridge Book Review -A Clean YA Love Triangle

Hang out all summer with her new boyfriend.
Convince her brother to dump his girlfriend, Kate.
Walk into senior year at Highgate College like a boss.

But then an unexpected tragedy sends the Sullivans back to their Irish roots. And when a childhood dream bubbles up through the cracks in her life, Meredith can’t help but wonder if this new path was her true destiny all along.

From Ireland to Oregon, from Paris to Shanghai, follow Meredith into a future she never imagined. Because sometimes, the story is more important than the ending. 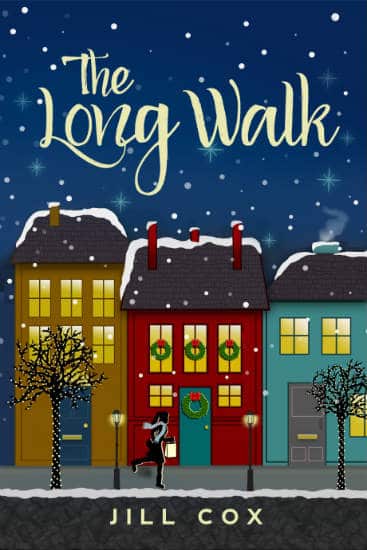 I should have known when the opening line was, “fairy tales are lies” that The Long Walk would be nothing like I expected. While The Bridge has its’ serious moments, it’s a much more light-hearted and humorous story. The Long Walk, however, takes an unexpected turn.

There’s a shocking twist early on that significantly impacts the lives of all the characters, particularly Meredith and Pete. If these two books were dessert, The Bridge would be a crème brulee; sweet with a hard outer shell that reveals its’ form and substance, but easily digestible. The Long Walk is more of a chocolate torte; rich with unexpected depth, weighty with a touch of bitterness to balance out the sweetness.

The Bridge read very much like a YA novel, but The Long Walk allows Pete, Meredith, and other familiar characters to graduate not only to adulthood but also to more mature (and realistic) experiences. Pete and Meredith are just settling in to happily ever after, which is exactly what I wanted to see. A tragic event, however, presents new challenges to their fledgling relationship which ultimately leads to their separation. It was at this point that I might have yelled, “Nooooooo” and felt tempted to throw my book across the room.

Ultimately, however, the author’s choices add significant depth both to the character and story arcs. Pete’s loss of his grandmother in The Bridge felt a bit unresolved. In this sequel, we see the real impact of how his inability to grieve affects his ability to live a healthy life. Instead of facing this grief head-on, Pete defaults to his protective mechanism of running away, both emotionally and physically. He makes some poor choices that ultimately affect his relationship with Meredith.

This also leads to Pete going missing through large parts of the book. Because the story is told entirely from Meredith’s point of view, apart from a few clues, there’s very little to explain the how and why of Pete’s actions. This caused me to feel both angry and compassionate toward Pete, as I viewed his choices through Meredith’s eyes. And I think I missed Pete Russell almost as much as Meredith did.

While I missed the rapport and repartee between Pete and Meredith, I absolutely loved watching the growth of Meredith’s character. The Long Walk continues the love story between Pete and Meredith. Make no mistake, however, this is no longer just a romance. It’s a discovery of finding oneself when pieces of your identity shatter beyond recognition.

Many of the things which previously defined Meredith get stripped away: her relationships, her dreams, her home. These losses take her on a journey through, pain, grief, and suffering to the ultimate gain.

Beyond her relationship with Pete, she finds herself. As Oscar Wilde says, “To love oneself is the beginning of a lifelong romance.”  It’s interesting that in book one Meredith discovers Pete, but in The Long Walk, she discovers herself. Fortunately, she has some help through the process, from her parents, her old school chum Dan and also from the attractive Irish author Jack Kelly.

“That’s the thing, isn’t it? We spend all this time chasing happy endings, but by definition, an ending is a terminus. We forget that all the good stuff happens in the middle.” Dan

Jack is thoughtful, generous, and sexy. If only an Irish brogue came through a book as clearly as it does in a film. However, he gave Pete some stiff competition as my preference for Meredith’s love interest. I shipped Jack and Meredith hard, especially after Pete deserts Meredith at the point she needs him most. I honestly found myself torn as to who should end up with our heroine. And I won’t spoil it by telling you who ultimately wins her heart. But I will say, this is one of the better love triangles I’ve seen in fiction, even if Pete’s side is so obtuse as to almost be out of the picture.

Although there are major differences in tone, storylines, and settings between The Bridge and The Long Walk, I was happy to revisit people and places from the first. There are only quick glimpses and updates on most of Meredith’s circle of friends.

Still, I enjoyed catching up with them. In particular, I loved the role that Dan Thomas plays in Meredith’s life in this sequel. I missed the ambiance and charm of mine and Meredith’s favorite city of Paris. But I found myself falling in love with Ireland thanks to the author’s cozy but vivid descriptions. And just as the first book’s title holds significance, so too does The Long Walk, in more ways than one.

The Long Walk is not the sequel I expected. Instead, it is heart-wrenching and surprising, but ultimately extremely satisfying. The journey is an emotional one, especially Meredith’s. But it’s beautiful despite her loss, pain, and suffering. Ultimately, I loved this book just as much as the first but for entirely different reasons. And I’m grateful that the author leaves us with a happy ending. I’m even more grateful though for the message woven through the story. It’s an excellent reminder that life is about all the little moments in life’s journey.

“Don’t get stuck back at the beginning. And while you’re at it, stop chasing that perfect ending, too. The middle is filled with a billion magical days.”

Because of its’ gorgeous settings, I would love to see this one on the big screen. Although, I also think this would be a good fit for Netflix as an original film. But any adaptation would also have to include many elements from The Bridge in order to portray the emotional depth of The Long Walk properly.

Content Note: This is a clean read. However, it deals with themes of death and grief which may not be suitable for young children.

Our romance-themed entertainment site is on a mission to help you find the best period dramas, romance movies, TV shows, and books. Other topics include Jane Austen, Classic Hollywood, TV Couples, Fairy Tales, Romantic Living, Romanticism, and more. We’re damsels not in distress fighting for the all-new optimistic Romantic Revolution. Join us and subscribe. For more information, see our About, Old-Fashioned Romance 101, Modern Romanticism 101, and Romantic Living 101.
Pin this article to read later! And make sure to follow us on Pinterest.
By Brittaney B. on October 9th, 2018