It has been a while since I saw Anne Hathaway in anything, but when I saw the trailer for this, the latest effort from director and writer Nancy Meyers, I instantly knew seeing The Intern was a must. Its promotional material promised a kind of return to one of my favorite roles for Anne, only this time the situation was reversed (she plays the boss hiring interns). With a talented cast (among them there is an alarming amount of nominations and prestigious wins), a popular screenwriter and the bubblegum “feel-good” quality of good comedy, this one had the promise to be a terrific comedy.

The story follows Jules (Hathaway), an eccentric businesswoman whose Internet company, About the Fit has more than tripled in a matter of 18 months. She now has 200+ employees and even that isn’t enough to keep up with the demands of the fashion-forward business. Her business partner, Cameron (Andrew Rannells), is implementing a senior citizen intern program that he spoke with Jules about and got approval to jumpstart. The only trouble is that Jules being Jules has long since forgotten that conversation. Despite that, Cameron insists Jules set an example and pick an intern. Since she won’t, he assigns one to her.

Ben Whittaker (Robert De Niro) is a widower who worked in the business world for 40 years before retiring. He has now traveled the globe and learned how to cook. But now he’s ready to be useful… he needs something to do, which is why About the Fit’s intern program seems the perfect fit. Assigned to the company’s owner, Ben soon realizes getting back into the workforce isn’t all he imagined, especially when Jules seems to have nothing for him to accomplish. But as it turns out, it may be Ben who has something to teach Jules. 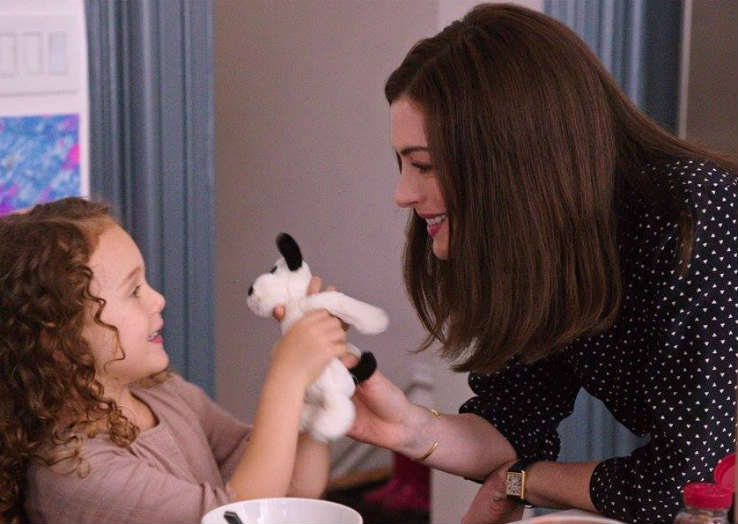 Grown-up comedies are rare. Or those such as this are. By that statement, I mean comedies that actually know how to be funny without turning into a crude R-rated film festooned with disappointment. Nancy Meyers is known for comedies that look at a different spectrum of life and while this one follows in the footsteps of her earlier work, it’s also a character piece of the highest caliber. To begin, I have to commend the cast. I thought everyone was really quite good. From the supporting cast (who added some humor; the culture shock quips were hilarious) to the headliners (which also included Rene Russo), everyone dripped with professionalism and charm. Robert De Niro gave a wonderfully good performance and I was impressed with Anne Hathaway as well as the complexity of her character. This also wouldn’t be a complete review if I didn’t give a shout-out to JoJo Kushner, the young actress playing Jules’ daughter. The girl owned all of her scenes.

I think what most surprised me were the conclusions some of the story threads reached. There are plenty of poignant, heart-tugging moments to be sure, which is beautiful, but more than that, the stories went against the “easy,” normal route and that’s really uplifting. You’ll meet characters who do struggle with the tug and pull of the human heart but aren’t afraid to stick around, to fight for what’s meaningful. Meyers does a splendid job with the script too. It’s strong in female empowerment, which most women viewers will respect and yet, I would argue Ben’s role in Jules life helped cement the decisions she ultimately makes. 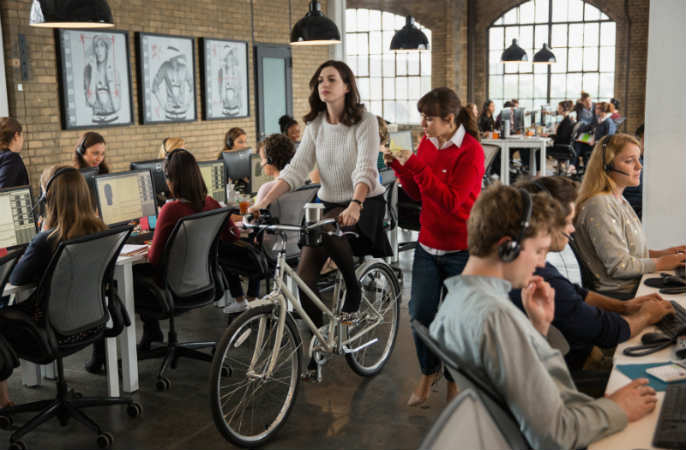 My personal favorite Nancy Meyers work is The Holiday (Cameron Diaz, Jude Law, Kate Winslet), though if I’m being honest, The Intern does flirt with that top spot. If I have one minor complaint, the film spends a bit too much time in getting to the heart of the movie. Finally, I’d be remiss if I didn’t mention that Jules has an amazing wardrobe (can I just have it all, please!?). It might not be the most highly anticipated film of the year or season, but in my opinion, The Intern is worth a seven-dollar movie ticket. The wise have something to teach the young and the young teaches the wise that not every young person is afraid of hard work. The Intern tugs on your heartstrings and still manages to be flawlessly funny.

(Because I liked it more than a three rating)

Visit our film review archives to see what else we’re watching.

Our romance-themed entertainment site is on a mission to help you find the best period dramas, romance movies, TV shows, and books. Other topics include Jane Austen, Classic Hollywood, TV Couples, Fairy Tales, Romantic Living, Romanticism, and more. We’re damsels not in distress fighting for the all-new optimistic Romantic Revolution. Join us and subscribe. For more information, see our About, Old-Fashioned Romance 101, Modern Romanticism 101, and Romantic Living 101.
Pin this article to read later! And make sure to follow us on Pinterest.
By Rissi JC on September 28th, 2015

2 thoughts on “The Intern – Workplace Comedy with Class and Charm”