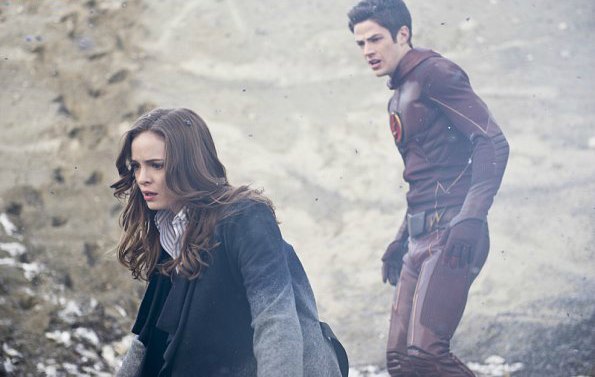 The Flash starts where it let off in last week’s “Nuclear Man.” You’ll remember Caitlin and Barry tried to separate Dr. Stein and Ronnie, only it didn’t seem to work and left them running, being chased away by a firestorm of epic proportions… 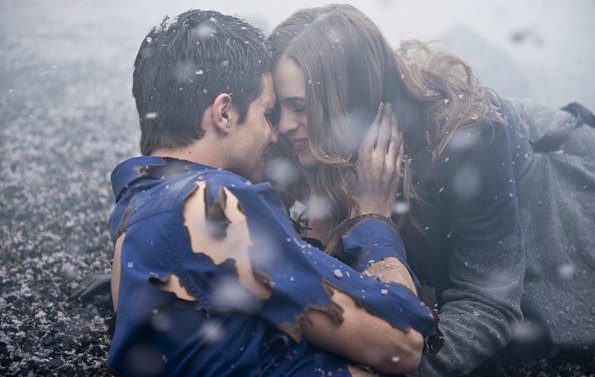 Barely making it out of explosion range, Barry checks in with Wells once he’s clear of the blast (with Cisco monitoring the radiation levels through Barry’s suit). Turns out the levels are all normal. There are no unusual readings on Barry and by proxy, Caitlin either. The two return to the crater created by F.I.R.E.S.T.O.R.M. There through the fog, Caitlin spots Ronnie lying on the ground, torn clothes and all. She asks him his name and to her great relief, he responds, “Ronnie Redmond.” Caitlin and Ronnie have their long time coming reunion and the pair kiss. All seems right in their world. Then Stein unceremoniously interrupts them requesting a change of clothes. 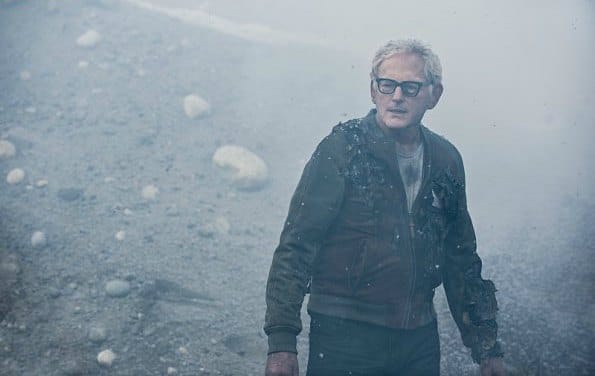 At the labs, Ronnie is reunited with his former co-workers – Cisco in particular seems pleased to see him. Then it’s time for Stein and Ronnie to go through extensive tests. Aside from a high fever, they both seem fine. Ronnie and Stein have a bit of a face-off about their shared body and minds, Ronnie believing that Stein’s domination and the particle accelerator took a year of his life. He tells Stein, “You kept me from her” referring to Caitlin. Stein counters saying because of his dominant personality, he’s the reason she’s still alive. Barry returns Stein safely home to an overjoyed Clarissa who welcomes him back with open arms.

Since there hasn’t been much going on with Iris lately, she gets a minor subplot in this week’s episode. Her colleague, Mason Bridge, is looking into the suspicious activities at S.T.A.R Labs. Iris doesn’t understand since she believes Wells is a good guy. Turns out her co-worker is trying to bribe her into looking into the story since she doesn’t believe it’s right to spy on her friends. Mason tells her he believes she will because she wants to know what goes on at S.T.A.R Labs.

Meanwhile, Joe takes Barry back to his old house and shows him (via the 3-D projector) what Cisco discovered. Barry was at the house – as the Flash – the night his mother died. This causes all kinds of emotional fallout for Barry. If he was there, it means he failed in his attempts to save his mother. Joe naturally has to help Barry through this, being his guardian doesn’t mean just protecting him physically, it means being there through the bad times too.

This revelation prompts Barry to find out if time travel to the past is possible. He wants to return to that night fifteen years ago determined to save his mother the second time around from Reverse Flash. With Stein’s knowledge and extensive research on the subject, it would seem time travel is possible, but there might be a heavy cost to pay.

During Caitlin and Ronnie’s night out – during which Ronnie wants to leave, start over somewhere else (needless to say, Caitlin doesn’t warm to this idea) – General Eiling mounts an attack, ready to capture Ronnie. Barry is with Stein during this attempt and thanks to a reaction Stein has, they learn Ronnie is in trouble. Barry shows up to save him and is attacked by the General. Fortunately, Caitlin shows up in time to save them all.

Back at the labs, they regroup and realize that Eiling wants F.I.R.E.S.T.O.R.M and he’ll stop at nothing to obtain it. Caitlin patches up Barry and stabilizes Ronnie. Worried over their safety, Barry keeps Ronnie and Caitlin at his house. Joe happens to be at the house and oh, dear…comes face-to-face with the dead Ronnie, making Barry’s unusual world all the more real. To make matters worse, Iris shows up. It’s Tuesday, her night for cooking dinner and spending the evening with her dad. Something about Ronnie looks awfully familiar to Iris, but the four of them bluff their way through an explanation: Ronnie is Caitlin’s cousin, Sam. Something in her reaction suggests Iris doesn’t belief any of them and in fact, later on, she finds a photo of F.I.R.E.S.T.O.R.M. 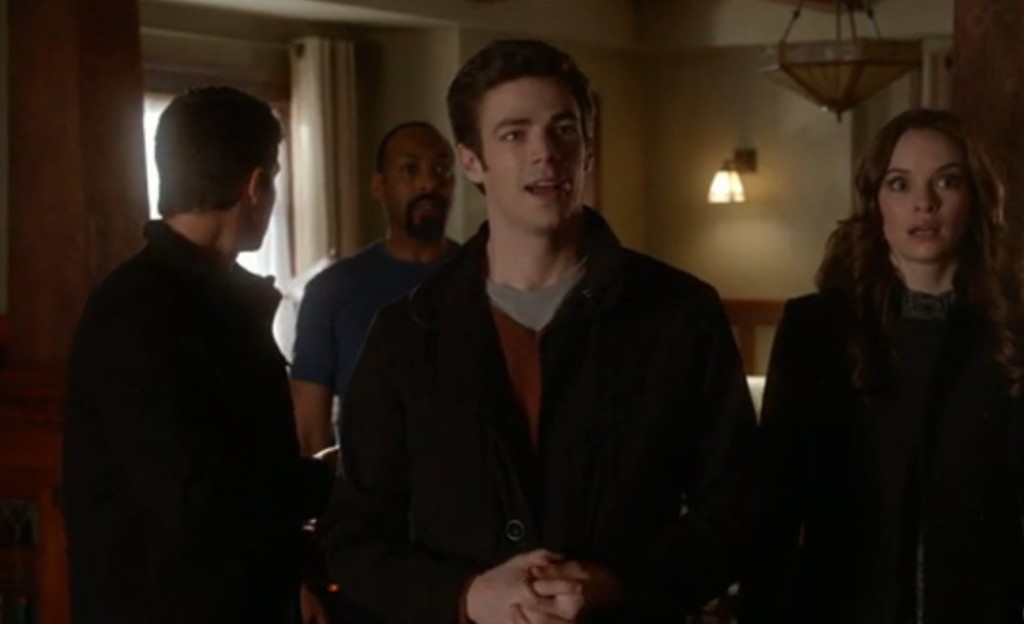 Wells visits Eiling in the wake of his failed capture of Ronnie and makes a deal that will hand over Stein to the General. During the capture, it’s Ronnie’s turn to feel the danger his other half is in. Wells acts innocent in the capture and of course is able to play up the fact that he’s in a wheelchair, defenseless against armed soldiers. Ronnie tries to mentally feel where Stein is, but it isn’t until Stein is tortured that their connection strengthens. Ronnie feels what Stein is going through. Through their shared connectivity, Ronnie and Stein communicate his location leading Barry and Ronnie to the General’s hiding place. They get Stein out in time to save him from the bullet Eiling was about to put in him. But in the process, Barry is hit with some kind of chemical substance that nearly burns him up. (He has to create a vacuum by running to save himself from burning.) 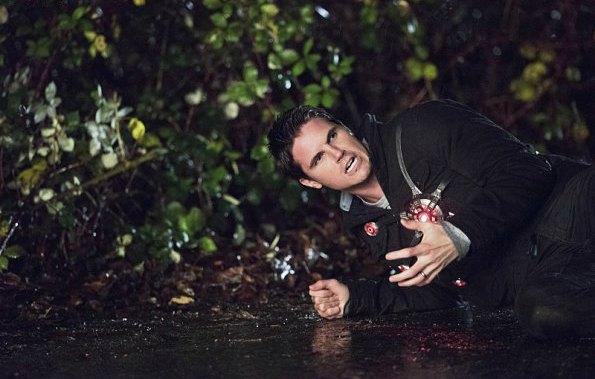 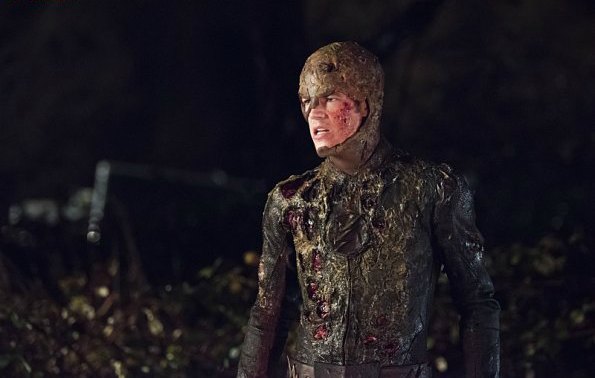 Meanwhile, Ronnie and Stein are fighting for their lives and in order to beat Eiling… they have to merge again. Except they may not be able to reverse it this time. With the help of Wells, they are able to better work together this time. With Stein’s knowledge, they co-exist in Ronnie’s body in a better frame of mind. Once the soldiers are no longer a threat to them, a return to the labs is in order.

Back at the labs, Ronnie and Stein separate with ease. Only because of Eiling’s determination to get a hold of F.I.R.S.T.O.R.M, they believe they must leave Central City in order to learn of their powers and how better to control them. Ronnie tells Caitlin he’ll always be the man who runs into the tunnel to save her. The men say goodbye to the women they love and leave. Meanwhile, Iris decides to assist the paper’s expose about S.T.A.R Labs – and I hate to say it, but this is not going to end well. 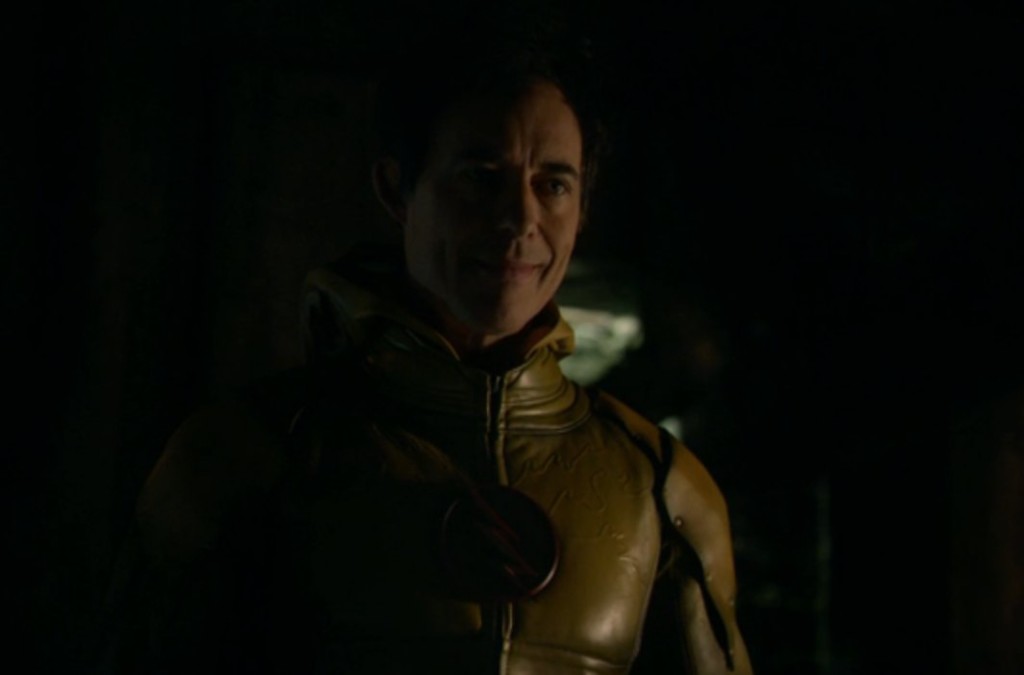 In the episodes final moments, a speedster kidnaps Eiling and reveals himself. It’s as we thought. Wells is indeed the man under the mask. He’s a meta-human. With the help of their former scientific “project,” Wells makes an example of Eiling – or it would seem he’s going to. The last we see of Eiling is him being dragged away, screaming. Wells doesn’t let anyone get away with threatening his people. 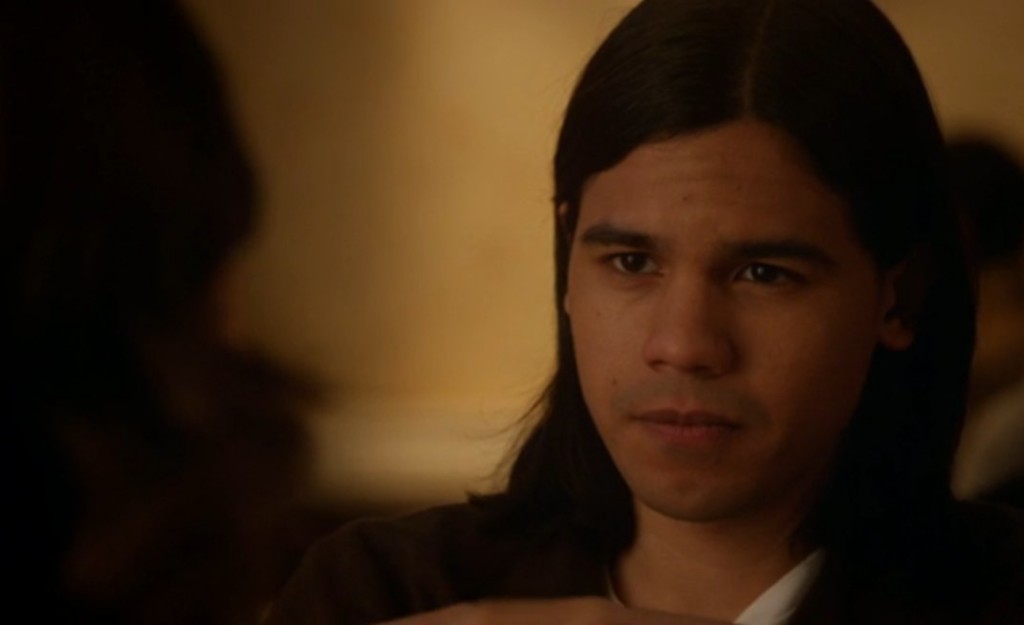 Though there were some fun one-liners in this episode, my favorite this week was Cisco’s response to Caitlin losing Ronnie, gaining him back for one day and losing him again.

“You guys are like ten seasons of Ross and Rachel. But like, just smushed into one year.”

What did you think of this episode? Do you think Wells had something to do with Nora’s death or is there a third “flash” in the mix? (The man who Barry tried to defeat earlier this season and couldn’t keep up with was someone different than Wells, I think…) I felt like it was a great addition. Episodes are connecting more as opposed to a story taking place during the hour and then ending. Now it’s merging into a bigger story ARC, which has pros and cons. Have any thoughts, leave them below.

Come by on March 18th for a new recap of The Flash.

Our romance-themed entertainment site is on a mission to help you find the best period dramas, romance movies, TV shows, and books. Other topics include Jane Austen, Classic Hollywood, TV Couples, Fairy Tales, Romantic Living, Romanticism, and more. We’re damsels not in distress fighting for the all-new optimistic Romantic Revolution. Join us and subscribe. For more information, see our About, Old-Fashioned Romance 101, Modern Romanticism 101, and Romantic Living 101.
Pin this article to read later! And make sure to follow us on Pinterest.
By Rissi JC on February 18th, 2015