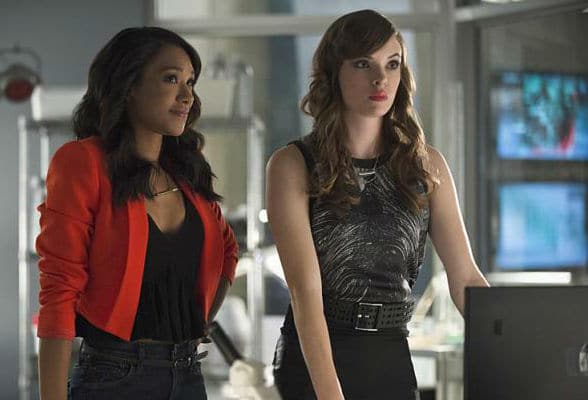 There is always a lot going on in an episode of The Flash. But today’s recap is going to be short and sweet. Or relatively speaking, it will be. Each episode of The Flash seems to be adding another layer onto the “bigger picture” scope of the season. The second episode of the season picks up immediately where the premiere left off and proves that Zoom is in this for the long haul. He has sent another baddie to kill Barry. But first, we have to learn who this Jay Garrick is…

Jay has come with good intentions to warn the gang. For the past two years in his world, he too was the Flash. You see there was a breach created on the night of the singularity, and through that, Jay was whisked to Central City. Naturally the gang is distrustful because the dude has been in their city for six months with nary a word. His explanation is that he needed to piece this new normal together and approach them when the time was right. Which seems to be now. The most distrustful of all is Barry. (He’s still raw from the whole mentor-turned-criminal-mastermind.) 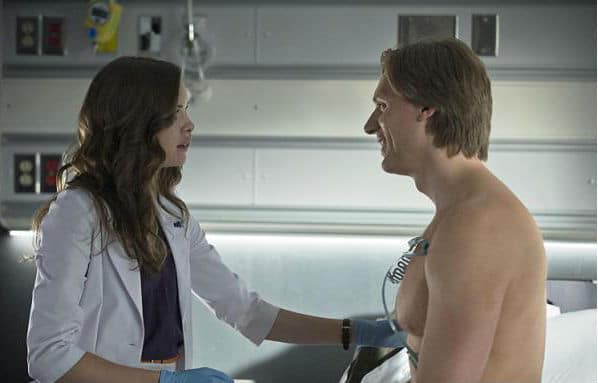 Caitlin performs a physical and every test under the sun in hopes of proving his story with science. Professor Stein begins to work on Jay’s dual universe theory. In the meantime, Iris has to try and unlock Barry’s suspicion as they lock Jay away in S.T.A.R. Labs.

Jay isn’t the only new face to Central City, however. Officer Patty Spivot (from the comics) is new to CCPD and is anxious to join Joe in his meta-human crusade. Joe says “no,” naturally but Patty isn’t done trying. She meets Barry on their new case (an arson fire) where the two seem to bond over their love of science. 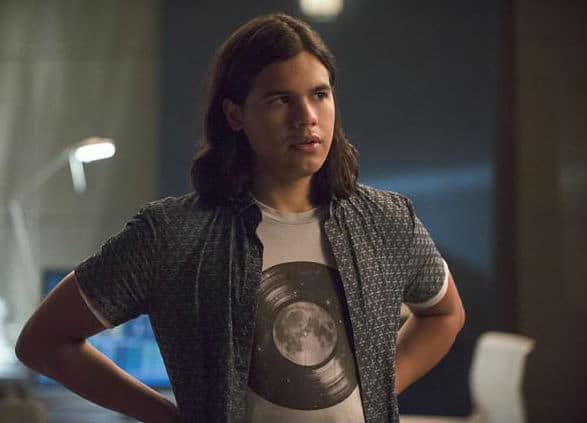 The mysterious Zoom comes from the multiverse (Professor Stein’s term) that Jay is from. According to Jay, Zoom and he have had many battles and it would seem he is now after Barry’s alter ego. Zoom sends another man after The Flash as a metahuman, this time it’s a kind of sandman. Barry’s first glimpse and confrontation with him is at the fire where he escapes. The evidence they get from the scene proves the man has the appearance of sand. Jay dubs him “Sand Demon” which prompts Cisco to tell him that naming the meta-humans is his “jam.” But he lets him get away with it because he kinda’ likes the name. (As usual Cisco gets all the good lines.)

As is usual in Central City, Joe tracks down the man they believe to be Sand Demon with an unexpected assist from the persistent Officer Spivot. Joe releases their suspect without any evidence to keep him – especially as they learn the actual Sand Demon is his doppelganger from a parallel universe. Just as they release their suspect, the real Sand Demon appears. He kidnaps Patty in hopes of drawing out The Flash.

With Patty’s whereabouts unknown, Barry must ask Jay for help in figuring what makes Sand Demon tick. The gang begins searching for the proper, abandoned warehouse where the baddie might take Patty. Their searches turn up nothing so Cisco returns to the evidence. He doesn’t know why it’s happening, but each time he touches the evidence, he receives a vision of sorts; something that’s already happened. It scares him, but he gets a location. This he passes onto Barry and Jay without telling them how he stumbled upon the answer. 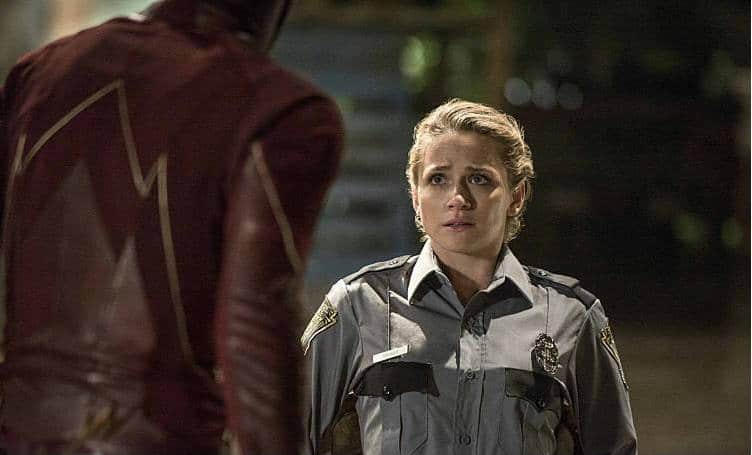 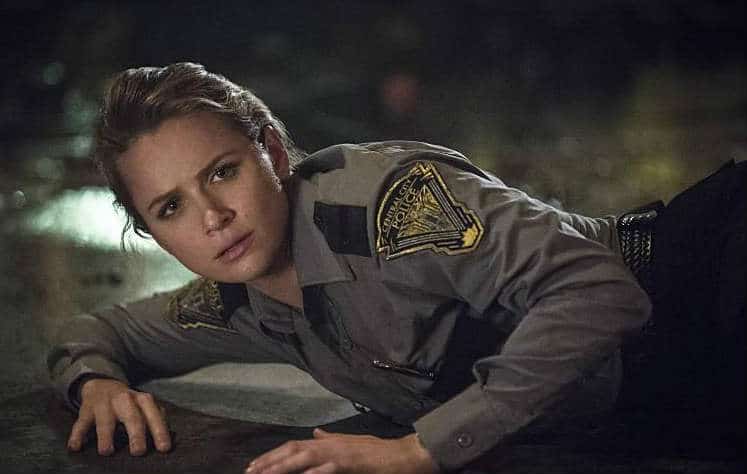 Jay provides the distraction needed for Barry to create a bolt of lightning that effectively turns Sand Demon into glass. The pair rescue Patty and return to S.T.A.R. Labs where Barry admits he was wrong. Elsewhere, Patty gets the go-ahead from Joe to join their task force and a promotion to detective. She has an agenda (her father was murdered by the Martin brothers) that motivates her for this job.

In the final moments two things happen. Professor Stein collapses as he’s relating his findings to the team (there are 52 breaches from the singularity, the biggest in the labs). And a group of children tour S.T.A.R. Labs (presumably in Earth 2) and its founder, Harrison Wells steps out of an elevator.

– It’s early days yet, but I am 100% confident I’m going to like the whole Jay/Barry mentor relationship. It could be I’m misplacing my trust, however, the writers wouldn’t be so cruel as to turn a second mentor to the dark side… would they!? (Also, was it just me or was there a little potential something going on between Caitlin and Jay?)

– Patty Spivot is definitely a breath of fresh air as a new character. I really enjoyed her addition and hope she has more than a mere handful of episodes to her name. What did you think?

– Iris continued to be forgotten (I don’t think she really “fits” on the team as of yet). However, I’m curious about the introduction of her mother. Yes, that’s right, in the final moments, Iris’ mother walked into Joe’s office.

– It appears like Cisco is going to have a big arc this year. Right now the only person who knows he is having these visions is the Professor. What is to become of this story and more importantly, what does it mean for one of my favorite characters?

Share your thoughts on the season so far. I’d love to know what you think of any of these happenings! Comment down below.

Our romance-themed entertainment site is on a mission to help you find the best period dramas, romance movies, TV shows, and books. Other topics include Jane Austen, Classic Hollywood, TV Couples, Fairy Tales, Romantic Living, Romanticism, and more. We’re damsels not in distress fighting for the all-new optimistic Romantic Revolution. Join us and subscribe. For more information, see our About, Old-Fashioned Romance 101, Modern Romanticism 101, and Romantic Living 101.
Pin this article to read later! And make sure to follow us on Pinterest.
By Rissi JC on October 14th, 2015

4 thoughts on “The Flash: ‘Flash of Two Worlds’ Recap – New Faces and a New Enemy”