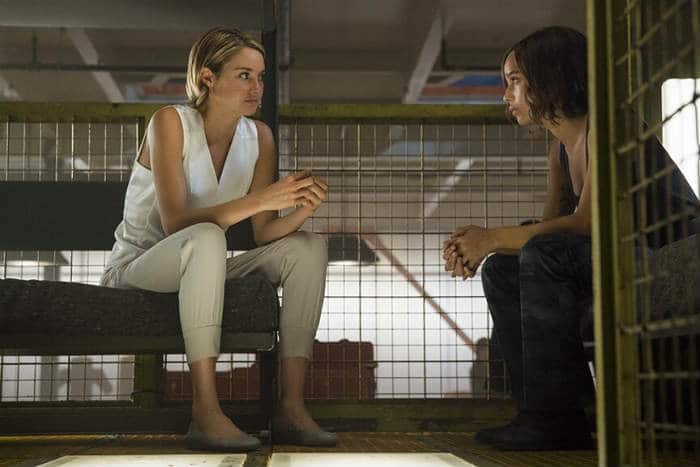 The first half of the much buzzed about conclusion of the Divergent Series opened this past week, and with it, more controversy and disappointment followed. As nearly all YA trilogies are wont to do, the final novel (also titled Allegiant) in Veronica Roth’s popular series was broken into two parts. Only instead of coupling with its title the ever popular “part 1” and “part 2” title sequence, this series titled its final film (set to arrive in theaters June 2017), Ascendant. In Allegiant, the story of a very unusual girl who leads a rebellion picks right back up where Insurgent left off.

Tris Prior (Shailene Woodley) is the “pure” Divergent the Council and the outer world have been waiting for. As a divergent, she’s unique and wanted by more than one powerful leader. Having broken free from the tight grasp of faction leader Jeanine (who was murdered by a rebel leader) with the assistance of the man who holds her heart, Four (Theo James), Tris is readying to face the next series of unknowns. This leads her, along with Four; her best friend Christina (Zoë Kravitz); brother, Caleb (Ansel Elgort); and dauntless nemesis Peter (Miles Teller) to climb the wall into the outer world.

Four’s mother Evelyn (Naomi Watts) wants to keep the wall in place and with it claim control of Chicago, but Tris believes her invitation to scale the wall, and see whatever possible threats lie on the outside is, to the fierce Tris Prior, worth the risk because it’s a fight for the lives of everyone. On the outside, they are taken in by the Bureau, a genetic organization claiming to want peace. What’s on the outside could either set them all free or plunge them deeper into a greater war for freedom.

As a book nerd, it may be unusual that I’m one of those people who has not read the novels on which this film franchise is based. The result of this is that I watch these films (and judge them by) their cinematic prose. Having said that, I can honestly say these have been a great deal more impacting and entertaining than many of its competitors. For me, there is something straightforward and uncomplicated about the premise. True, not all of the characters’ motivations are transparent, but for a teen film franchise, the angst levels are nearly nonexistent, and in its place a very real sense of rebellion and poignancy lie within the confines of the story as it shapes itself. Unfortunately for Allegiant, critics have by and large lambasted another installment that, in all likelihood, hoped to do far better than it did.

In some ways, I get what critics are saying about this film. In other ways, I disagree and don’t mind the flaws. As entertaining as this series has been, I found this installment very different. To say this series has evolved since it began is an obvious understatement. Whether it’s for the good or bad is all a matter of perspective. Where the first film began in a contained and seemingly “utopian” society (far as most people were blissfully satisfied in their circumstances), Allegiant takes everything familiar and tosses it away. The film keeps a nice pace regardless of the tedious meetings that occupy Tris during the greater portion of the film. 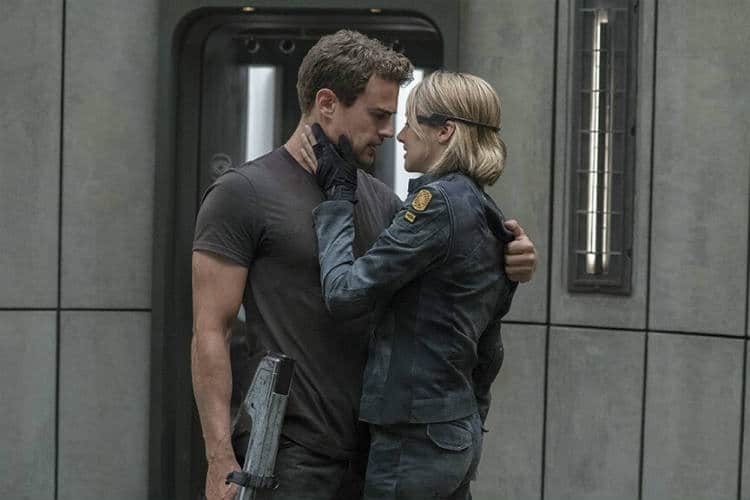 As usual, the cast is magnanimous. I love the chemistry of this young cast. Everyone from Ansel Elgort (Caleb gets some nice moments of reconciliation with his sister) and Zoe Kravitz to Miles Teller’s Peter who is again that dynamic character we love to hate, and generally, love to love because he’s Peter and awesomely snarky. Then there is Tris and Four, two individuals who are the two halves of what is an epic love story right at the heart of this story. It remains so in this film too.

Though there are distractions and cool sci-fi adventures, it’s really their story that centers Allegiant and ensures the audience’s interest (in the YA domain, this is an example of a no-fuss, “real” love). We watch Four struggle with how and by whom Tris allows to sway and rule her sense of right vs. wrong, and we mourn with him over what is, in some sense, a loss. Theo’s Four remains a memorable YA hero and despite the fact the actor is far older than his character, my fangirl heart does adore him in this role. Though most of the character comments can be positive, it’s worth noting there are some sad losses which make the slow but significant sense of character growth all the more important. 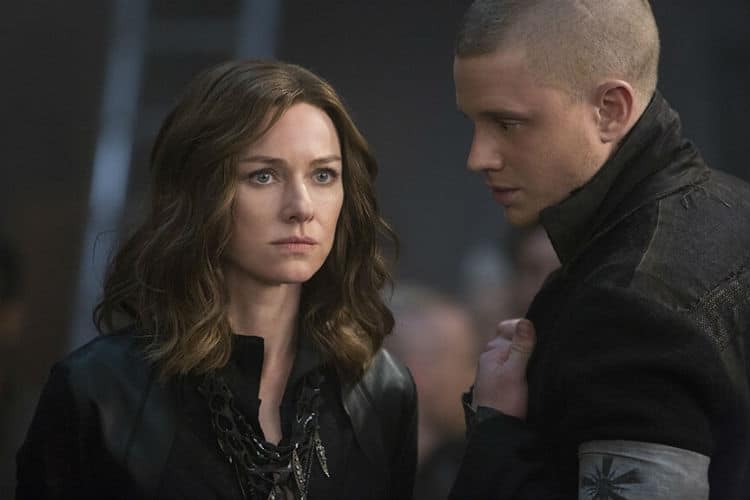 Apart from the characters, there is a lot of neat gadgetry and sci-fi effects. From the weapons Tris and Four get to tout around to Caleb’s virtual reality pod, the enlarged sense of place and setting amps up the “cool factor.” In particular, Tris and Christina’s rescue scene is kick-butt awesome. Since controversy in some form seems to accompany all adaptations, I suspect book purists might have more than one quarrel with the stage its adventurous script plays out. I was impressed with this as a work of cinema and didn’t mind the quieter instances that make up the better part of the scenes. Like its peers, this might not have needed to be split into two parts but as it was, I’m anticipating Ascendant in the hopes that a satisfying if (regretfully) bittersweet conclusion will rule the story outline for one final adventure with Tris Prior and Company.

Have thoughts (good or bad) about Allegiant, the latest in the Divergent adaptation series? Sound off below!

Read our feature on this leading couple in our Romantic Moment of the Week: Tris and Four

Our romance-themed entertainment site is on a mission to help you find the best period dramas, romance movies, TV shows, and books. Other topics include Jane Austen, Classic Hollywood, TV Couples, Fairy Tales, Romantic Living, Romanticism, and more. We’re damsels not in distress fighting for the all-new optimistic Romantic Revolution. Join us and subscribe. For more information, see our About, Old-Fashioned Romance 101, Modern Romanticism 101, and Romantic Living 101.
Pin this article to read later! And make sure to follow us on Pinterest.
By Rissi JC on March 23rd, 2016

4 thoughts on “The Divergent Series: Allegiant – A Dystopian World of Rebels and Romance”