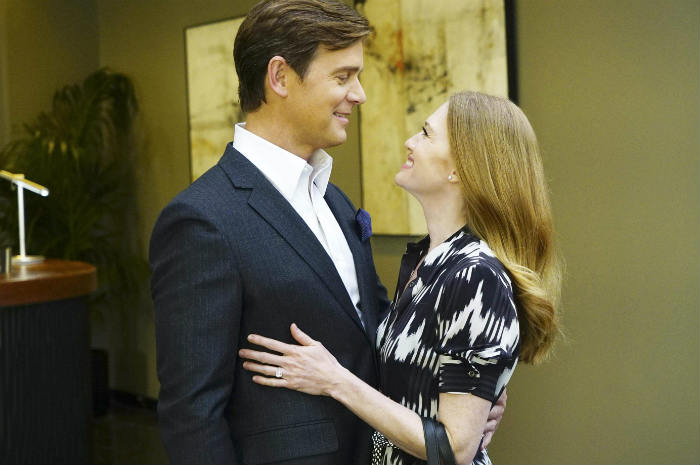 While I’m not a girl one would call a dyed-in-the-wool feminist, TV shows with strong female leads still consistently pique my interest. Likewise, shows that have a lead with a hidden agenda also intrigue. Revenge (ABC) or Shades of Blue (NBC), for instance. ABC’s latest network show pushes their quest for drama queen title extraordinaire with their newest Thursday night drama, The Catch. The premise is a kind of cat-and-mouse game that promises to be as curious as it will be fun.

Alice Vaughan (Mireille Enos) has much to smile about. Her life is perfect in nearly every way. As a professional, she’s an investigator at one of LA’s top investigative firms which are run by her best friend Margot (Sonya Walger). In her personal life, she’s about to be married which is what leads to her co-workers parading a variety of cakes to taste test following another successfully closed case. The one flaw in her otherwise orderly world is the one case the firm can’t seem to close. Their subject is Mr. X (a code name they’ve given him), a thief who continues to rob their clients of their assets, and no matter how hard they try, he always seems to be one step ahead of them.

What Alice doesn’t know is Mr. X is none other than the man she’s living with, her fiancé Christopher Hall (Peter Krause). Following his latest theft (which he pulled right under Alice’s nose), Christopher, a consummate con man, disappears from Alice’s life. She returns to their home to find all proof of his existence erased from her life, and her entire life savings wiped out, to say nothing of the shattered pieces of her heart she is left with. With the help of her friends and co-workers, Alice collects herself and does what she does best: she begins the chase anew. 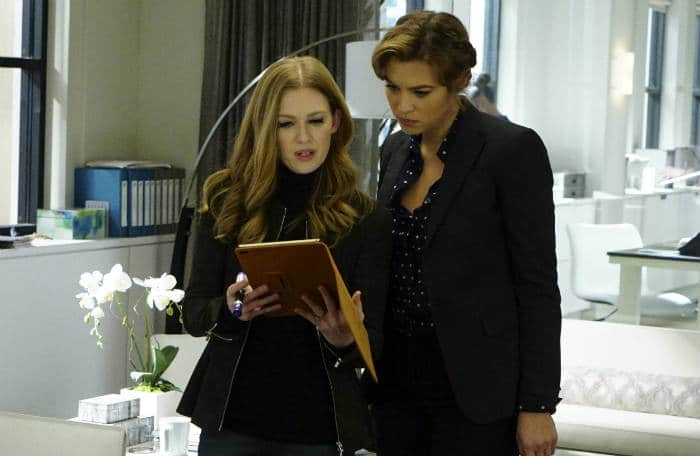 Before getting into the potential of or downfalls this show has, I have to just say the following: I absolutely without question loved the pilot episode (I was smiling before 2 minutes had passed). The tension, the premise and fantastic wardrobe all readied this as being a new TV addiction. That being said, simply from my time spent watching shows and knowing who serves as producer (Grey’s Anatomy and Scandal creator Shonda Rhimes), I have a sneaking suspicion my love might wane given time and distance.

The why behind this is because of the constant back-and-forth drama her series seem to wear like a glaring neon sign. I have an idea of how I’d like to see this show play out which would look something like the following: Alice remains a professional as she tracks down her ex. And in her encounters with Christopher, instead of her falling in and out of love with him as I suspect she will, they trade off on one-upping each other. The former has more of a teasing sophistication whereas the latter tends to play up a raciness that, sadly, takes away the classiness this premise could achieve.

But onto better things, like the cast. Everyone is fabulous. From its early production days, some of the supporting cast members were replaced, though the leads of Mireille and Peter remained the same from what I know. Both of them were fantastic; there is some good chemistry present that could be bettered as the series progresses (simply because of the story arc) and I was, in particular, impressed with Mireille, though that might be because she was a new talent for me. The supporting cast is also quite good; I liked the promise of the easy chemistry between them, which is always half a show’s battle. If you think of this as White Collar meets The Thomas Crown Affair, you’ll enter this with a clear-cut idea of what to expect. There is a lot of surprising potential in the first hour (high-stakes mystery and sizzling romance), and it’s something I’d be interested in watching more of before giving a final opinion either way. The opening of the show (first 5 minutes) is fantastic; the music, filming and setup kept me on my toes which are what any show worth its airtime should strive for. When a viewer is engaged, asking “What’s next?” we’re sure to continue on with it. The script is smart and has the potential to carry itself with this premise, at least until its shortened season one finale. For now, I’m declaring The Catch a winner; it’s one game of playful sass that I’d like to continue chasing.

Content Note: There is one nude sex scene. It lasts less than 30 seconds and is filmed in shaded, darkened lighting. The show is rated TV-14.

Did you see ABC’s premiere of The Catch? Are you planning on tuning in? Comment below with your thoughts! I’d love to read them.

Our romance-themed entertainment site is on a mission to help you find the best period dramas, romance movies, TV shows, and books. Other topics include Jane Austen, Classic Hollywood, TV Couples, Fairy Tales, Romantic Living, Romanticism, and more. We’re damsels not in distress fighting for the all-new optimistic Romantic Revolution. Join us and subscribe. For more information, see our About, Old-Fashioned Romance 101, Modern Romanticism 101, and Romantic Living 101.
Pin this article to read later! And make sure to follow us on Pinterest.
By Rissi JC on March 26th, 2016