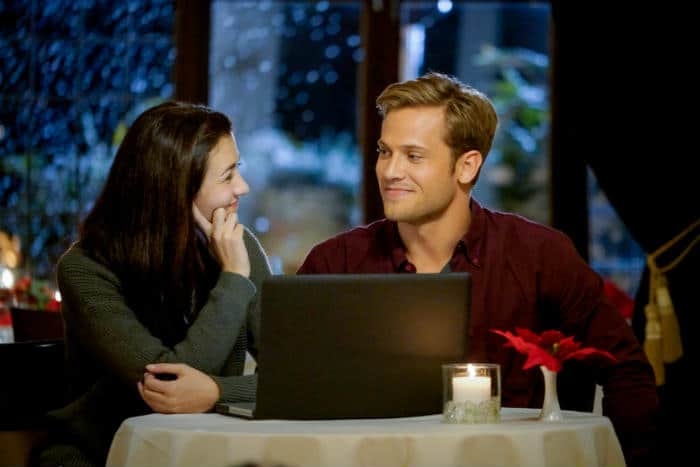 As a part of their Christmas programming this past holiday season, Hallmark Channel debuted The Bridge. Based on best-selling novelist Karen Kingsbury’s book (of the same title), the film left its audience with quite the flutter of disappointment. The reason being it had been broken into two parts with the sequel scheduled to arrive on Hallmark Channel Christmas of 2016. Naturally, fans were displeased and when the people speak, things happen. Part two airs tonight, completing a tale that is a very sweet romance.

Seven years after Molly (Katie Findlay) and Ryan (Wyatt Nash) spontaneously spoke on the phone and as a gentle snow fell, said goodbye, neither one of them are living the lives they wanted. Molly is living in Seattle right where her father intended her to be, running his company. Ryan is living on the road playing backup gigs and barely supporting his talents as a musician. Realizing he might have to rethink his life, Ryan returns to his mother’s home in Tennessee where he’s flooded with memories of his past… and the one girl he cannot forget. 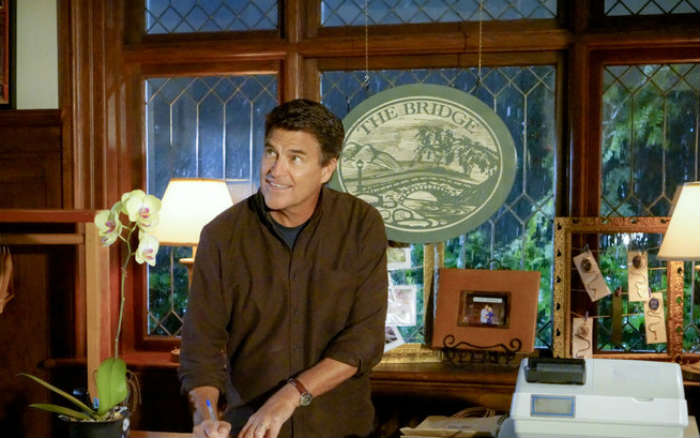 Miles away, Molly is dating Preston and on the eve of her 25th birthday, is about to take over as CEO of her father’s media company. But she’s not at all happy with the direction her ten-year plan is taking. Every December, she watches the video she and Ryan made together, a memory that reminds her running her father’s prestigious corporation is not the right fit for her. When she learns of a tragedy involving The Bridge bookstore owners, Charlie and Donna (Ted McGinley, Faith Ford), she returns to the one place she felt happiest.

Picking up immediately where its prequel left off, this second part offers fans everything they’ve been anticipating and then some. Instead of immediately pushing ahead by seven years, the script is generous to inform the viewer how Ryan and Molly ended things when they respectively presume something not accurate of each other’s lives. We are then foisted seven years into the future where both of them are living the lives they thought they were meant to. In Tennessee, we discover Charlie and Donna are experiencing trials in their once rosy life when their once thriving store suffers unforeseen losses.

While both parts of this emotional roller-coaster of a story (almost a contemporary fairytale with its nostalgic sense of setting) are poignant and “full” in its storytelling, part 2 is much richer. The rewards and emotional payoff come full circle in the ninety-some minutes we reunite with these beloved characters. Molly and Ryan’s romance has been put on hold but never forgotten. Charlie and Donna may be in a conundrum, but theirs is remembered fondly. All the while, we root for a reunion for Molly and Ryan and the kind of happy ending for Charlie and Donna as is found in their beloved books. 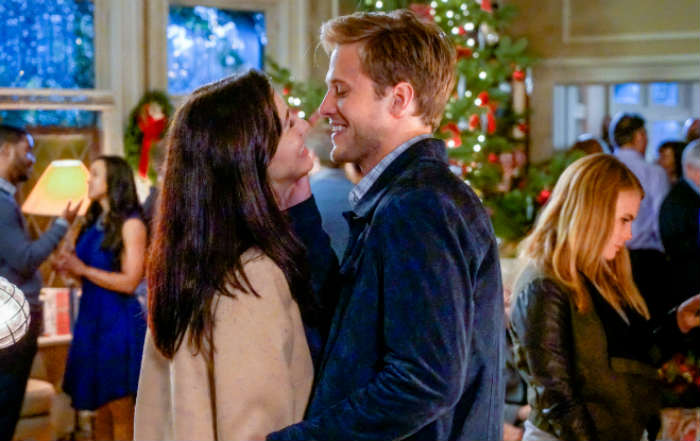 Given this has Karen Kingsbury’s name attached, The Bridge is as one might expect, a heartbreaking emotional wrecking ball of a story. Lest that statement is misunderstood, let me clarify. This isn’t to say the sequel isn’t a wonderful story rather that it might inspire buckets of tears before it pieces your heart back together again. The themes within it are wonderful and range from forgiveness to selfless acts of kindness driven by the happiness of others. Since the films were shot so close together, the cast is all back to fill the roles of the characters and with it, the same sense of chemistry and a comfortable ease with the actors as they banter back and forth.

If you enjoyed Part 1, watching this follow-up film will be a must. The setting at Christmas did surprise me given the airdate was changed to March (and coincides with the Easter holiday no less), but it’s understandable knowing the novel has a Christmas setting. The Bride, Part 2 premieres tonight on Hallmark Movies and Mysteries and will re-air multiple times through April 23rd.

Are you excited about the conclusion to this heartwarming story? What did you like best about Part 1? What other  novels of Karen’s would you like to see adapted? Sound of with your comments down below!

Our romance-themed entertainment site is on a mission to help you find the best period dramas, romance movies, TV shows, and books. Other topics include Jane Austen, Classic Hollywood, TV Couples, Fairy Tales, Romantic Living, Romanticism, and more. We’re damsels not in distress fighting for the all-new optimistic Romantic Revolution. Join us and subscribe. For more information, see our About, Old-Fashioned Romance 101, Modern Romanticism 101, and Romantic Living 101.
Pin this article to read later! And make sure to follow us on Pinterest.
By Rissi JC on March 20th, 2016

2 thoughts on “Karen Kingsbury’s The Bridge, Part 2 – Forgiveness and Reunions Collide in this Romantic Sequel”