When a trio of classic movie stars (and then some) come together for one cinematic comedy, it’s a sure sign we might need to take note. One of these films is the 1940s comedy The Bachelor and the Bobby Soxer; a fun romantic-comedy unlike any I’ve seen before or since.

The Bachelor and the Bobby Soxer (1947) Review

Though she’s only seventeen, and still a high school student, Susan Turner (Shirley Temple) fancies herself a mature woman. She’s over her immature but earnest basketball star boyfriend. Not to mention, her peers. Then, during a school assembly, a man of the world named Richard Nugent (Cary Grant) gives a lecture on art. Everything changes on this day, and Susan knows she’s quite in love. The only trouble is, Richard is older than Susan – much older.

That night, Margaret Turner (Myrna Loy) learns of her sister’s latest whim. Practical with a successful career as a judge, Margaret knows Susan will outgrow this infatuation. Or she thought so. Then she learns that the object of Susan’s affection is the same troublesome defendant who appeared in her courtroom that very morning!

Once in a while, I discover a film from the silver screen of “classics” that I really enjoy. This screwball comedy is one of those movies. Originally the reason I watched it was the opportunity to see Temple in something from her later Hollywood years. During my childhood, she was a large part of the films I did watch. The idea of seeing her in a kind of romantic-comedy (as an adult) was too good to pass up. 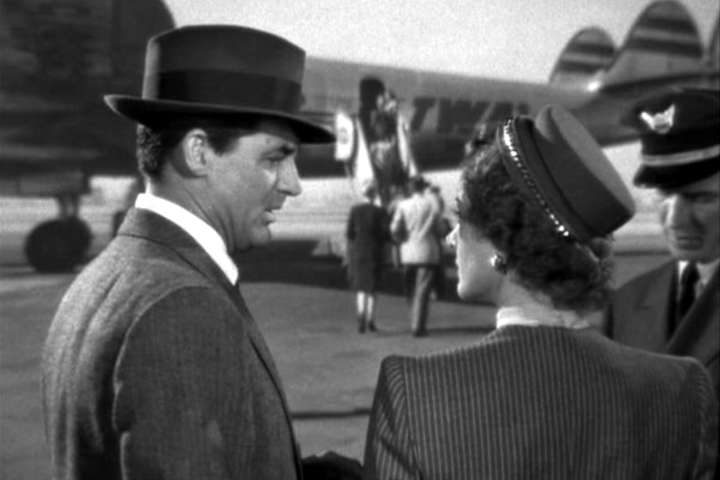 There’s something infectious about this film. Today it’s not a plot that would be likely to sit well with audiences, but so long as it’s watched with the same sense of hilarity in which it’s made, it’s a fun time. The script is also intentional in telling us that Richard isn’t happy about “courting” Susan, and in turn, there is never anything inappropriate between them.

Speaking of the script, it’s an Oscar award-winning piece that’s written by the same man who later when on to create popular TV shows I Dream of Jeanie and Hart to Hart. Given its witty nature, it seems fitting the film would win an award recognizing this.

The cast is wonderful, and all bring to life that script with sparkling wit. Myrna Loy is perhaps best remembered from Cheaper By the Dozen or The Thin Man, but Cary Grant has a string of popular and beloved roles to his credit. (He and Loy also appeared on screen again in Mr. Blandings Builds His Dream House.) Ray Collins (from Perry Mason) co-stars, and of course, it’s a joy to see Shirley Temple in this. She’s exactly the same as we remember her from all of the films that made her an American sweetheart.

The Bachelor and the Bobby Soxer is the ideal romantic-comedy for those of you who enjoy classic cinema. It’s not the most popular or most madcap, I’ll grant you, but it is underrated. Overall, it’s full of fun scenes, and a cast that’s no stranger to the magic that is movie-making.

Content: Aside from a few minor innuendos, there’s nothing offensive.

Where to Watch: You can own The Bachelor and the Bobby Soxer on DVD. Also, check your local listings for potential air dates.

Our romance-themed entertainment site is on a mission to help you find the best period dramas, romance movies, TV shows, and books. Other topics include Jane Austen, Classic Hollywood, TV Couples, Fairy Tales, Romantic Living, Romanticism, and more. We’re damsels not in distress fighting for the all-new optimistic Romantic Revolution. Join us and subscribe. For more information, see our About, Old-Fashioned Romance 101, Modern Romanticism 101, and Romantic Living 101.
Pin this article to read later! And make sure to follow us on Pinterest.
By Rissi JC on February 21st, 2019