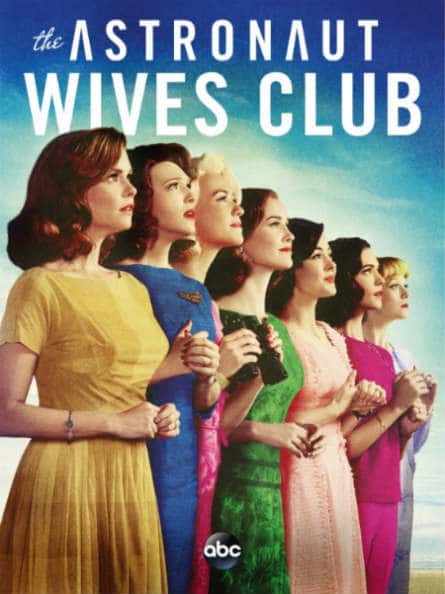 THE SHOW: The Astronaut Wives Club

Whenever American networks take on the rare mission of producing period dramas, I am instantly swept up in obsessively reading about them. This is because, first of all, I adore the genre and second, it’s tough to compete with the magnificence of British dramas and it’s rare to see a U.S. network go that direction. Summer programming tends to broach lighter topics as opposed to the procedural dramas that take up large timeslots during the prime fall seasons. This show was widely plugged (to the point of annoyance, even) which leads me to believe ABC has great plans for their latest breezy, summer show. 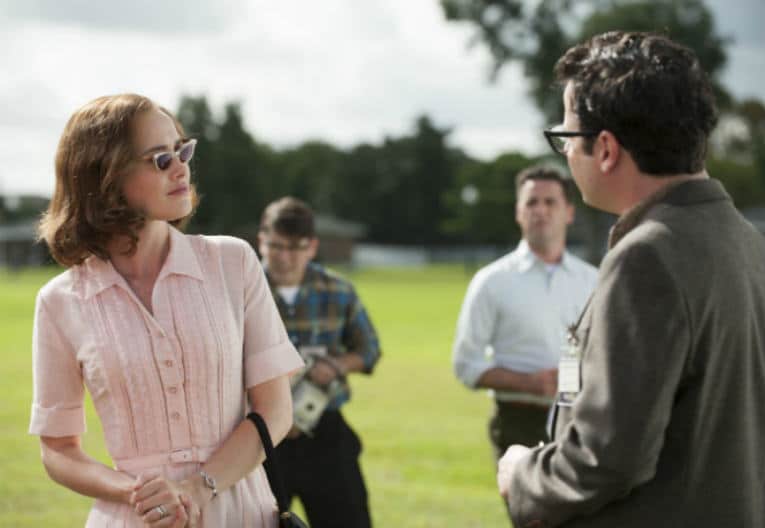 The story is about the seven wives of the shortlisted men to be among the first space program. Of those seven women, the character who seemed to receive the most attention is Louise Shepard (Dominique McElligott), a woman whom the other wives cannot seem to connect with. Over the two years their husbands train and vie for the chance to go to orbit, Louise perfects masking her public humiliation at her philandering husband and is an extremely private person.

But in spite of Louise’s high profile in the pilot, the cast list top bills JoAnna Garcia Swisher. JoAnna plays Betty Grisson, a devoted wife and mother, who put her best friend and husband through school. Other members of the group includes Rene Carpenter (Yvonne Strahovski), an educated mother of four; the independent Trudy Cooper (Odette Anable), a pilot in a marriage that hides a secret she wants no one else to discover; and Annie Glenn (Azure Parsons), the wife of John Glenn, the man who would be the first to orbit Earth.

There is a lot going on in this episode for it being only the pilot. Two years pass in one hour and we’re shoved into this glitzy world, and the lives of seven women. Throw in a reporter who covers the story for LIFE and sticks close to the women throughout, and some wayward or loving husbands. And this is only in the first hour.

The first episode, “Launch” played and unfolded brilliantly, and I really (really) liked it. True there is a lot to take in, but there is a definite inkling towards setting up who everyone is or will become as a person and there are defined personalities teased. All of this is near perfection. There are pictures of the perfect wife who is the consummate image of grace or turns a blind eye to her husband’s flaws (Jo, Louise) and then there are the women who love their families, but are independent, modern women (Trudy, Rene). 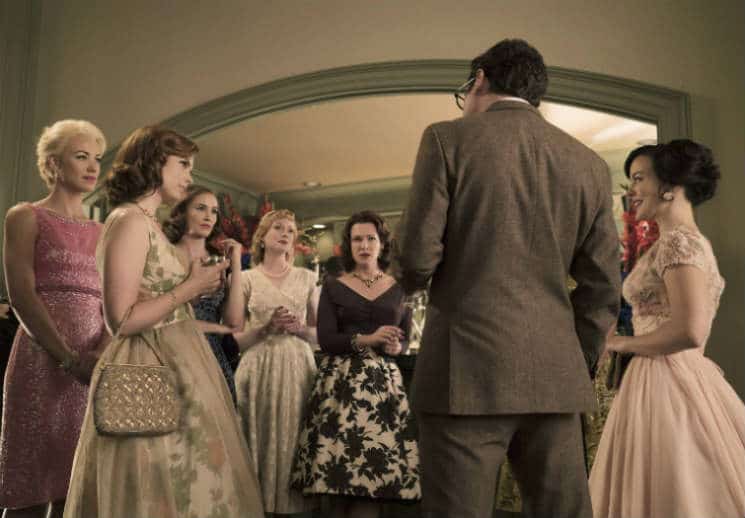 The women who play these characters are also amazing. There’s a great mix of talent and avid TV fans will enjoy seeing some of their favorite stars return to their televisions, including Wilson Bethel who played Wade in Heart of Dixie. I do think the one flaw in this is there might be a few too many characters. Though they are more “background” characters (for now), keeping track of which husband belonged with which wife wasn’t easy. Fortunately, ABC.com does provide character bios for the wives which helps. The writing may want to use this as a show to depict strong, independent females, but I do respect that it seems like not every couple is miserable in their marriages. It’s rare to find good marriages on television and I’m hopeful that some of these relationships will have healthy outcomes.

If you like 60’s era period dramas (Call the Midwife) or anything that is heavy on promoting its female leads, adding this to your summer schedule should be a must. It’s based off a popular novel (of the same name) by Lily Koppel, and takes great strides towards the independence of its female protagonists. While I am reserving some judgement until I see where some of these tangled plots may lead, I can honestly say, I loved every second of its breezy, fun premise. If my suspicions are correct, there are going to be some poignant moments of friendship and strength. Among all the ups and downs these seven women are likely to encounter, they’re going to be pioneers in their own rights. Add in some colorful on-point fashion and you’ve got a brand-new piece of guilty pleasure summer TV.

Have you seen The Astronaut Wives Club? What’d you think of its premiere?

Our romance-themed entertainment site is on a mission to help you find the best period dramas, romance movies, TV shows, and books. Other topics include Jane Austen, Classic Hollywood, TV Couples, Fairy Tales, Romantic Living, Romanticism, and more. We’re damsels not in distress fighting for the all-new optimistic Romantic Revolution. Join us and subscribe. For more information, see our About, Old-Fashioned Romance 101, Modern Romanticism 101, and Romantic Living 101.
Pin this article to read later! And make sure to follow us on Pinterest.
By Rissi JC on June 26th, 2015