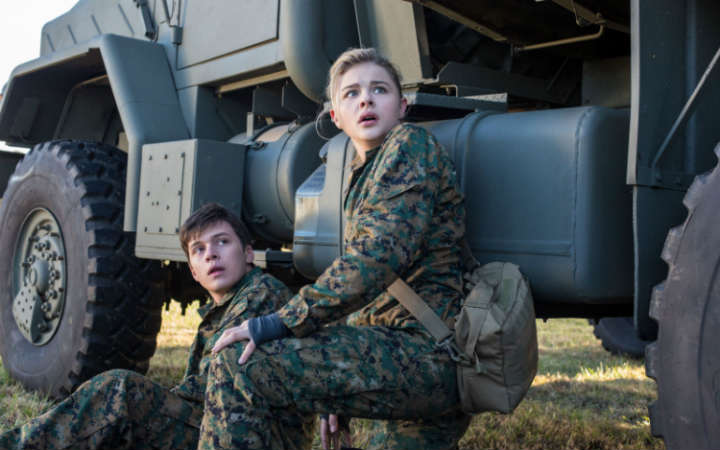 Good intentions aside, I have a confession to make. I’ve yet again watched a young adult adaptation where I didn’t read the book first. The 5th Wave is based on the best-selling YA novel by Rick Yancey (of the same name) and tells another story of a girl fighting and finding what will be her new normal in a dystopian world. Naturally, the story follows some of the same general ideas with some sci-fi twists, but I have to say, I was more impressed with this than I originally anticipated.

RELATED | The Divergent Series: Allegiant – A Dystopian World of Rebels and Romance

The heroine of The 5th Wave is Cassie Sullivan (Chloë Grace Moretz), a teenager who’s greatest worry is a boy she’s crushing on in high school. Everything changes in an instant when aliens invade her world. The human race quickly becomes targets of The Others, a species no one has ever seen as they launch multiple “waves” on the world. With each wave, they eliminate more of the population. The latest wave is a deadly disease that leaves Cassie along with her brother, Sam (Zackary Arthur) mourning their mother.

Their father (Ron Livingston) takes them out of the suburb they’ve always called home, hoping to find a safer haven. They find that in a community living in the woods. Unfortunately, the Army finds these survivors, takes their children, and in a show of force, murders the parents. In the chaos, Cassie is separated from her brother, and must take a dangerous journey to find him before it’s too late.

What’s interesting about The 5th Wave is that it is, essentially, a story exclusively Cassie’s. She’s the character we spend most of the time with although we do see how Sam fares at the army base and the unit soldiers he is paired with. These include the ragtag trio of Zombie (Nick Robinson), Ringer (Maika Monroe) and Teacup (Talitha Bateman). Also, a part of the story is Evan Walker (Alex Roe), a mysterious character who rescues Cassie, and nurses her back to health after she suffers an injury. 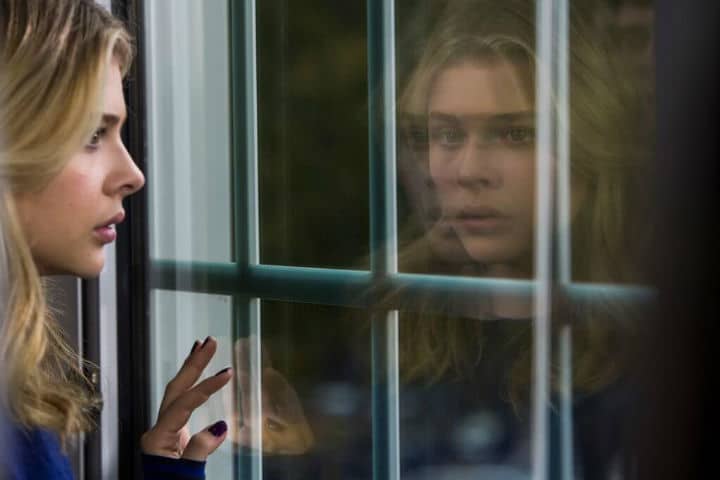 Unlike prior dystopian efforts on the big-screen, I really liked this as a production. You’ll note I make the distinction of liking this as a production, which is why at the beginning of this review, I made sure to mention that I’ve not read the book. My assessment is strictly judging it as a film production, not as an adapted cinematic experience. Before I expand on what it is I did like, let me first say there is one glaring weakness in this film, and it’d be aspects of the script. I felt like it was weak in key moments it shouldn’t have been (most often in conversations between Cassie and Evan). This surprises me since one-third of the scriptwriting team Susannah Grant has some of my favorite films to her credit (Ever After, In Her Shoes). Sadly, there are moments of awkwardness that doesn’t help in “polishing” the story, but then, maybe that’s appropriate given some of the circumstances.

Beyond this, The 5th Wave is, if you let it be, quite entertaining. I appreciated that it’s not a typical dystopian world stripped of its humanity. Instead, it’s a world with its humanity still intact. Unlike so many of its peers, this story doesn’t introduce us to characters who’ve forgotten human emotions, rather the people we meet fight to protect them. It’s a nice shift and reminder that dystopian doesn’t have to be structured in a cold environment. All of this is assisted by the landscape. Many key scenes take place in a warm (against the vibrant colors of autumn), scenic woods. Adding to the look of the film is Chloe’s fabulous wardrobe. Practical or not, I really liked Cassie’s style. 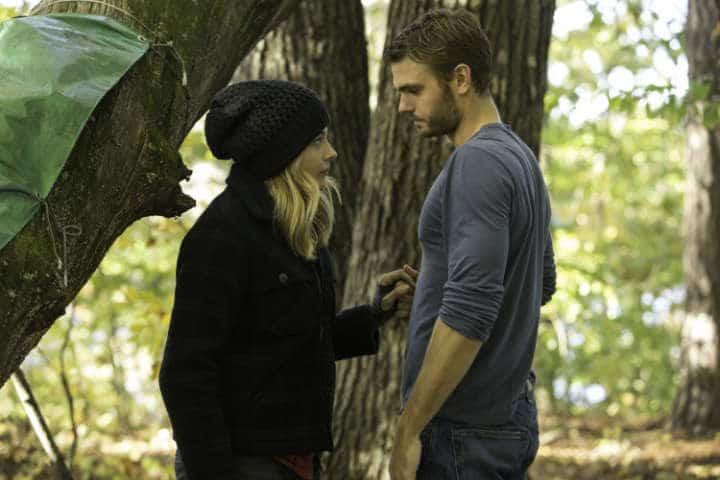 Unlike The Hunger Games, this story has a down-to-earth ability to draw us in through the characters rather than focusing on the enemy of the story. This is why, within this genre, I consider this a favorite. There’s not as much action as I anticipated, a few twists and turns, and while it’s more subtle (because, he doesn’t appear until 40-some minutes have passed, which is a crying shame), the romance is there. Sappy or not, just try and tell me Evan’s sweet “I choose you” speech doesn’t get to those of us romantics. If you like YA literature or simply like seeing the films in this genre, The 5th Wave is worth a shot. I don’t anticipate sequels at the box office, but it certainly piqued my curiosity enough to add the books to my reading queue.

Content Note: There is minor sexual innuendo, some minor bad language and one use of the f-word. There are also a few “tense” action scenes, but no graphic violence. The 5th Wave is rated PG-13.

Have you seen The 5th Wave? Did you like it better than some of the other YA adaptations, or have you read the book? Share your thoughts below!

Read our feature on this leading couple in our Romantic Moment of the Week: Tris and Four or visit the YA Tower archives to find more of what else we’re watching and reading in the YA world.

Our romance-themed entertainment site is on a mission to help you find the best period dramas, romance movies, TV shows, and books. Other topics include Jane Austen, Classic Hollywood, TV Couples, Fairy Tales, Romantic Living, Romanticism, and more. We’re damsels not in distress fighting for the all-new optimistic Romantic Revolution. Join us and subscribe. For more information, see our About, Old-Fashioned Romance 101, Modern Romanticism 101, and Romantic Living 101.
Pin this article to read later! And make sure to follow us on Pinterest.
By Rissi JC on May 13th, 2016