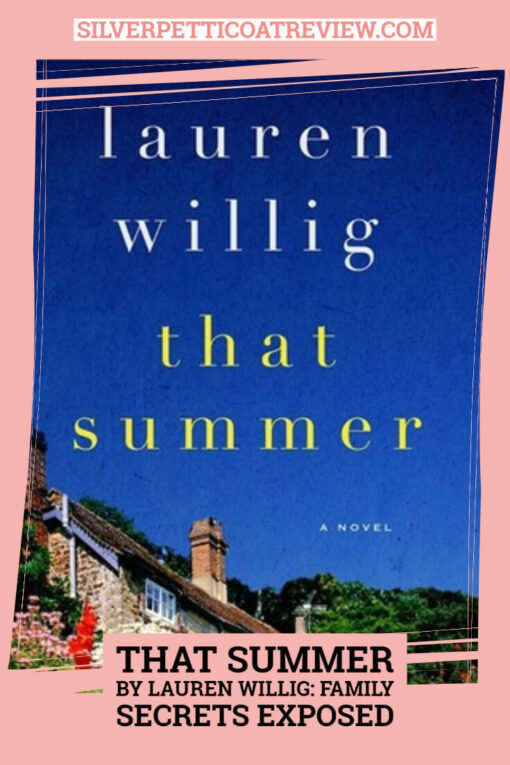 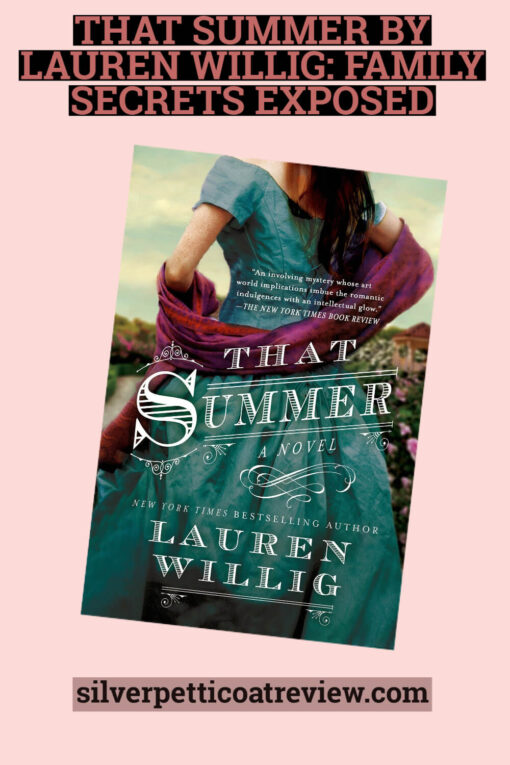 Two storylines, 160 years apart, meet in a shared house and a lost painting in Lauren Willig’s That Summer.

“2009: When Julia Conley hears that she has inherited a house outside London from an unknown great-aunt, she assumes it’s a joke. She hasn’t been back to England since the car crash that killed her mother when she was six (and gave her nightmares that have lasted into adulthood). But when she arrives at Herne Hill to sort through the house—with the help of her cousin Natasha and sexy antiques dealer Nicholas—bits of memory start coming back. And then she discovers a pre-Raphaelite painting, hidden behind the false back of an old wardrobe, and a window onto the house’s shrouded history begins to open…

1849: Imogen Grantham has spent nearly a decade trapped in a loveless marriage to a much older man, Arthur. The one bright spot in her life is her stepdaughter. But everything changes when three young painters come to see Arthur’s collection of medieval artefacts, including Gavin Thorne, a quiet man with the unsettling ability to read Imogen better than anyone ever has.“

Lauren Willig’s That Summer is a dual narrative historical fiction full of romance and intrigue. Two storylines, 160 years apart, meet in a shared house and a lost painting. And as with many tropes in this past-present storyline, the stories echo and mirror each other, relationships repeating themselves.

Except, the tragedy and heartbreak and loss of the past are rectified in a suitably happy ending in the present. That’s how these stories often work, and that’s just how I like it.

Having lost her job in the financial sector, Julia Conley is at a crossroads in her life. So, when she inherits a house from a long, lost great aunt on her late mother’s side, well, she heads to England to take a look and sort it out.

There, she meets some long, lost relatives, who are a bit miffed about not inheriting. And in this ancestral home, Julia starts to uncover clues to her own history, to her own mother’s life, and that night she died. As well as to a tragedy-in-the-making a century and a half before.

Back in the mid-1800s, a naïve and cloistered village vicar’s daughter marries a much older man. A man visiting her dying father to purchase an antique book. Astute enough to realize that not many options lay open to a poor orphaned vicar’s daughter, Imogene accepts the gentle advances of Arthur Grantham. She even imagines herself to love him. But as the marriage wears on, it becomes obvious that Arthur loves nothing but himself. That Imogene was just another pretty object to collect.

Imogene is now stuck in a loveless and childless marriage. The sister of her husband’s first wife lives with them, runs the household, and is openly in love with Arthur. Jane does all in her power to undermine and belittle Imogene. The only joy in Imogene’s life is Arthur’s daughter, Evie, whom she spoils.

And there she is, a woman ensnared in Victorian morals and rules and society. Until she meets the talented young artist, Gavin Thorne. He’s in the Pre-Raphaelite set, hanging around with the likes of Dante Gabriel Rosetti.

Gavin unsettles Imogene, seeing through her staid façade. When Gavin’s commissioned by Arthur to paint a portrait of Imogene, these two are thrust together. And it’s not long before Imogene drops her guard and discovers something that she never thought she’d have: love.

Now, I’m not going to give any more away. But in the present day, Julia and the bespectacled antique dealer Nicholas are researching the painting she found in the back of a wardrobe. A painting that appears to be painted by a brief footnote in Pre-Raphaelite painting history, namely, Gavin Thorpe. A painting in which Isolde shares a striking resemblance to a dusty portrait of a woman in a disused room downstairs.

That Summer is all you expect from Lauren Willig – romance, intrigue, engaging characters with excellent chemistry, a page-turning plot. Yes, just fine writing and a fine story. It’s highly recommendable. And if you’ve found that you haven’t quite had enough, well, Willig has a little epilogue on her website, which you can read here.

Adaptation Recommendation: Yes, yes, yes, I would love to see a screen adaptation of That Summer. Well, any and all of Lauren Willig’s books really. I have no actors to suggest. I’d be pleased with anyone (-: