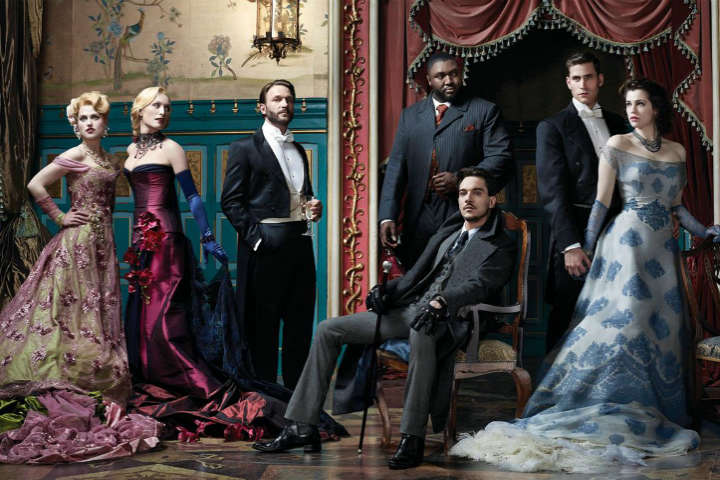 For some reason or another, NBC’s Dracula is on its last legs and on the verge of cancellation due to the lack of viewership. Sure, it IS on the Friday night death slot but that doesn’t seem to be hurting Grimm much (a point very much against Dracula). The problem is that viewers just decided to stop tuning in (its first night DID do well). Maybe you tuned in for the first couple of episodes, got bored and stopped watching or maybe it is a show that got lost on the DVR, shuffled in between shows of greater importance. Whatever the story, Dracula lost your notice. BUT, I am here to tell you why the show (with only two episodes left) is worthy of a second chance.

RELATED | Read our Romantic Moment of the Week: Mina and Dracula

First of all, I must confess that I liked the show right from the start so I do come from a place of bias. Nevertheless, I can recognize the slower feel to the series might have encouraged some eyeballs to turn elsewhere. I mean, it did seem like forever waiting for a romantic scene between Mina and Dracula/Grayson. Also, why did the plot with Van Helsing have to drag (particularly with how long it takes to get Grayson into the sunlight)?

I am happy to report, however, that the series has picked up its pace and now that the show is starting to move faster, I can’t help but wonder why so many people left without giving the show a chance to finds its voice, which I think it most certainly did. So, because I think the show deserves more time AND a second season, I compiled some reasons as to why Dracula deserves saving and worth some old (or even new) viewers coming back before it is too late:

Moody, obsessive, seductive, holds strong disregard for rank, a monster on the outside of society with the desire to be more human, and obsession with his Byronic love are just some of the traits that make Grayson such a fascinating character. Easily typed as a Byronic Hero, Jonathan Rhys Meyers’ acting plunges into this dark path of revenge and focused love which is fascinating. I would even venture to say that in the past couple of episodes (particularly this last week’s episode), his Byronic traits are intensifying the intrigue of the series. Dracula is beginning to lose it and his desperation makes for great television and acting moments.

Not since Buffy has there been such an awesome and layered, female vampire hunter. Certainly, I thought it a bit cliché to take this ‘strong’ woman and make her the typical overly sexualized character. Then, she started to show layers. She became vulnerable and vengeful (what she does to Lucy is just downright nasty). Plus, the last episode of her taking down some vampires to find out about the old one was fantastic. I can’t wait to see what she does next, particularly when she learns Grayson is Dracula.

RELATED | Top 20 Vampire TV Shows to Sink Your Teeth Into 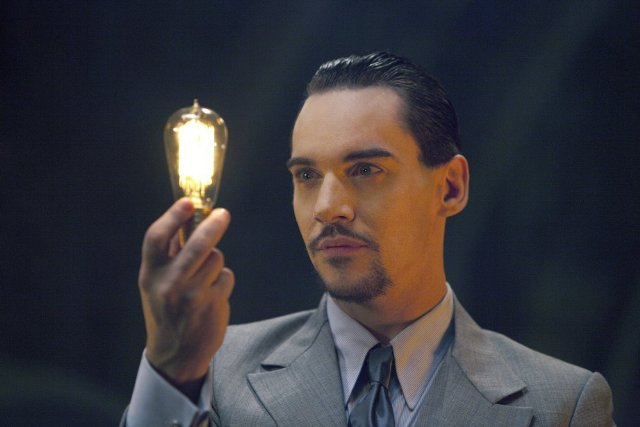 I love that the creator has taken a familiar story and turned it into something unique. For those unfamiliar with the word steampunk, it is a subgenre of Science Fiction often taking place in an alternate history to the Victorian Period, using technology as the Victorians would have imagined it. These stories can include fantasy and horror. In NBC’s Dracula, if you look at this series NOT as an accurate portrayal of Victorian England with sides of horror like most tellings of Stoker’s novel but instead an alternate one rich in steampunk technology (how Grayson is taking down the big bad) and even characters, I think the perspective becomes quite different. I have to say that I love this take personally

Now that the characters have had time to settle in, the action has really picked up and everything is all starting to fall into place. While the earlier episodes had some duller, drawn-out moments, each and every scene now has a purpose. The plot is going somewhere (Grayson’s plans starting to emerge) and is just becoming exciting.

Best portrayal of this character hands down in my opinion. He’s strong, fascinating, loyal, and not afraid to stand up against Grayson. If you left early on, you probably missed his backstory and why he joined up with Grayson. He has great characterization that really picks up in the later episodes and his presence on screen is amazing.

Say what you want about the show being slow, the dialogue is well done. The writers KNOW how to write period dialogue which is something usually lacking in American productions. They understand the rhythm and the way the words flow which is just refreshing. Put the dialogue up against the plot that has picked up the pace, and I think this show is really going in the right direction.

If nothing else is able to sell this, then I think the acting should. The acting in this series is top notch with some of the greatest British actors around from some of the best period dramas. For a few episodes, I even got to enjoy Roger from Wives and Daughters… Seriously though, besides Roger we have Morgana from Merlin, Thomas from Lark Rise to Candleford, Edith’s OLD love from Downton Abbey, and then, of course, the always amazing Jonathan Rhys Meyers in the title role. The actors have really stepped up lately with even more to work with.

Say you love BBC Period Drama…I am a total fan and collector of the movies. There’s just something so special about the way their productions are because they don’t ‘feel’ like Hollywood. BBC and other British networks like ITV just get how to do period right. Dracula feels similar with costumes and sets comparable to the BBC. I don’t know about the rest of you but a lot of period drama done in America comes across as cheesy in contrast (with some exceptions obviously and they have at least been improving). Dracula does not have a cheesy production.

Okay, I admit that the relationship between Mina and Grayson had a VERY slow start. I liked them but I wanted more and then they danced. Everything changed from that point on as the two became more and more drawn to one another (something that becomes apparent to others as well). While this relationship has improved leaps and bounds from the first couple of episodes, I have to say that last week their romance became epic. Grayson’s Byronic rage when Mina scorns him is astounding to watch, making several other Byronic love examples on TV almost weak in comparison. He has become almost Heathcliff like in his obsession, revenge, and devotion to his unearthly love.

I mean that literally as the last episode ended on a cliffhanger and I cannot WAIT to see what happens next. Thomas Kretschmann as Van Helsing is inspired (he’s so good he was just cast as a villain in the next Avengers movie), the casting choice finally starting to pay off as his vengeance against the man who killed his family begins to unfold. To say more would be to ruin the compelling surprise in store.

Hopefully, at least one of these ten reasons will be enough to convince you to tune back in. So give it a shot and PLEASE try to tune in live before the end. Also, spread the word. Now that the show has found its voice, it would be a pity if it got canceled just when the show got interesting.

EDIT: Dracula did get canceled but you can now watch the show in its entirety on DVD or digitally. You can buy on Amazon.

What do you think of Dracula? Already love it like me? Willing to give it another chance…or not? Sound off below…

Our romance-themed entertainment site is on a mission to help you find the best period dramas, romance movies, TV shows, and books. Other topics include Jane Austen, Classic Hollywood, TV Couples, Fairy Tales, Romantic Living, Romanticism, and more. We’re damsels not in distress fighting for the all-new optimistic Romantic Revolution. Join us and subscribe. For more information, see our About, Old-Fashioned Romance 101, Modern Romanticism 101, and Romantic Living 101.
Pin this article to read later! And make sure to follow us on Pinterest.
By Autumn Topping on January 16th, 2014