Each year, The Hallmark Channel fills us with festive charm with their Christmas programming. It’s the kind of nostalgic TV that makes us want to find the largest bowl we own and fill it with popcorn not to mention make a cup of hot chocolate all before snuggling under a cozy blanket. Now that the season has come to a close for another year, our TV life may feel a tiny bit empty.

Only that’s really just a mirage because thanks to the five original films Hallmark is premiering in their “Countdown to Valentine’s Day” campaign, there is still more fabulous romantic-comedies airing on our television screens.

As we approach the day of love, February 14th, whether you have a Valentine or not, one of the favorite traditions is staying in with a romantic movie. With this in mind, I’m spotlighting all five with a personal opinion or two thrown in. Plus, I’m also sharing some of Hallmark’s earlier Valentine’s Day classics. 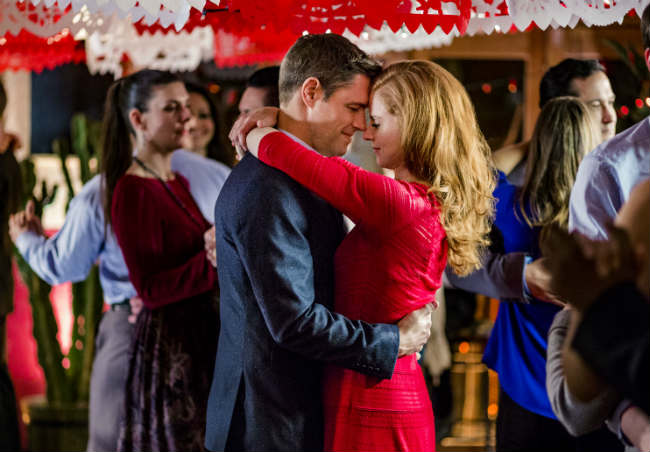 Starring “Donna” (Sarah Rafferty) from USA Network’s Suits, this darling romantic-comedy goes against the grain in some of its subplot devices without losing the comforting charm of the genre.

All Things Valentine premiered January 31st. It will re-air a handful of times between now during the month of February. 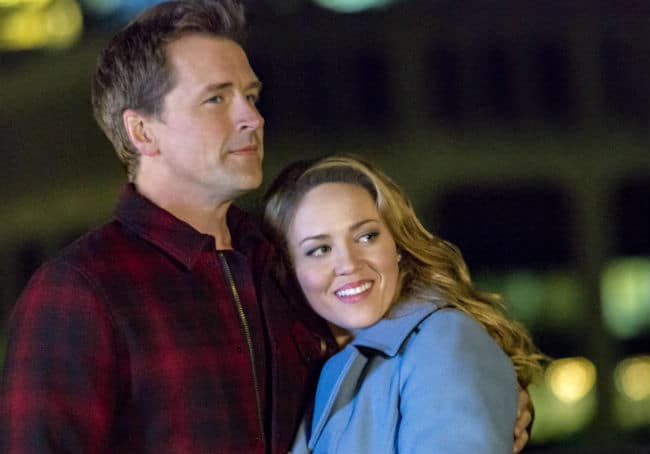 Cute and sassy, this darling “mistaken identities” comedy is more “mature” simply because its leading characters are in their mid-thirties and therefore, the story lends itself to being more realistic when it comes to the characters knowing what they want from a relationship and a partner.

Anything for Love stars Erika Christensen and premieres Sunday, February 14th only on Hallmark Channel. It will re-air a handful of times during the month of February. 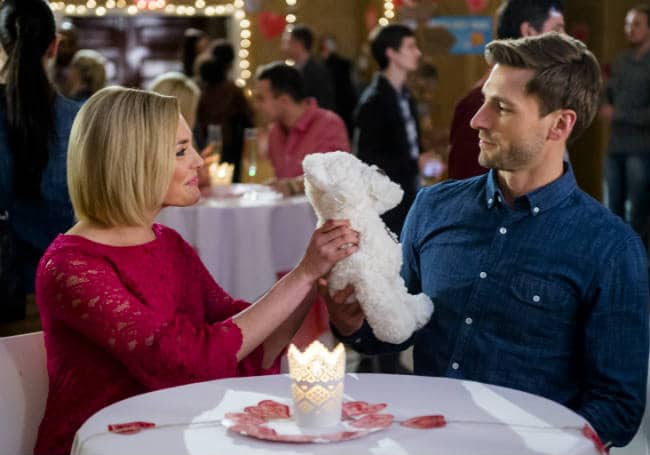 With a familiar face (Andrew Walker) in the leading man role, this one is, as one might expect, cute. It’s a small-town girl turned big-city-exec returns home story, and of course, waiting for her is the one that got away.

Appetite for Love premiered February 6th. It will re-air a handful of times between now during the month of February. 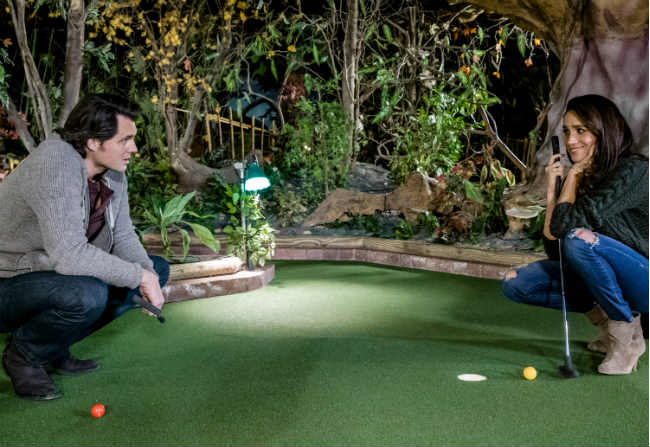 Another Suits alum, Meghan Markle stars in this absolutely adorable comedy! Of the Valentine’s Day comedies from Hallmark’s 2016 lineup, this one has been my favorite.

Dater’s Handbook premiered January 30th. It will re-air a handful of times between now during the month of February. 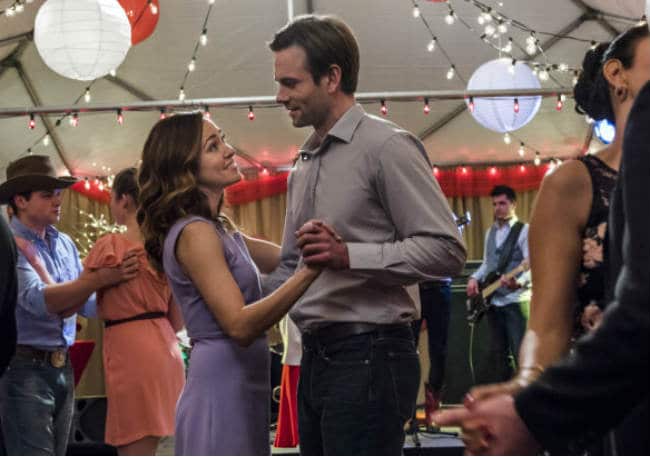 Autumn Reeser is no stranger to the Hallmark Channel, so it is no surprise when she shows up again in another of their romances. This one is about two best friends who also happen to be city girls taking a trip to a tourist ranch where, of course, they discover love.

Valentine Ever After premieres Saturday, February 14th only on Hallmark Channel. It will re-air a handful of times during the month of February. 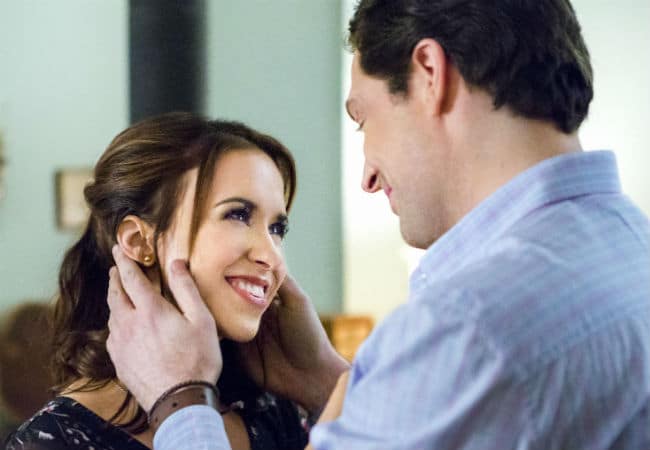 One of Hallmark’s MOST popular premieres, Lacey Chabert and Brennan Elliott star as co-heirs for a piece of dilapidated property. Naturally, they cannot stand each other and to make matters worse, she wants to keep the house (to turn into a bed and breakfast) and he wants to sell the property for a tidy profit. Oh, yeah, and there’s a goat.

All of My Heart is available to purchase on DVD through Amazon or Amazon Video. 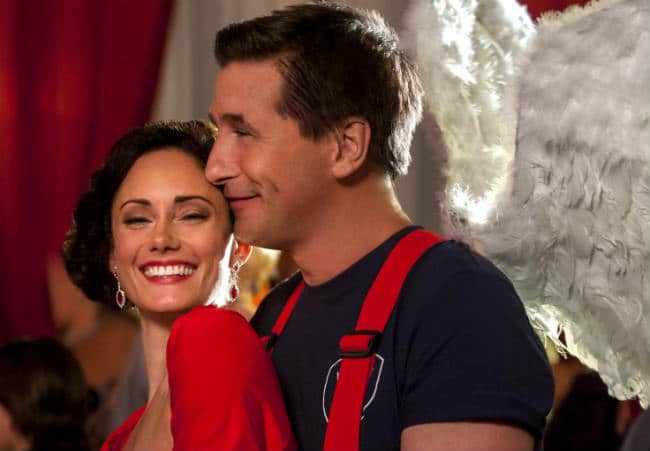 Super cute, Be My Valentine is a story about a single father who falls in love with the florist hired to plan a fundraiser for his fire station. William Baldwin stars.

You can catch a re-air of Be My Valentine Saturday the 14th (check your listings) or it’s now available to purchase through Amazon on DVD or Amazon Video.

#3. Cloudy with a Chance of Love 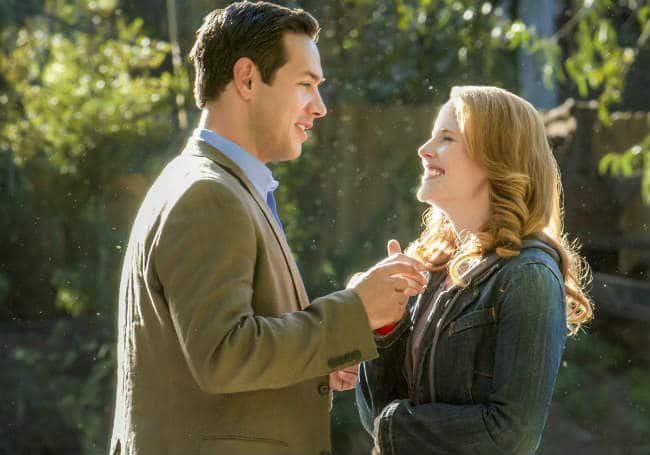 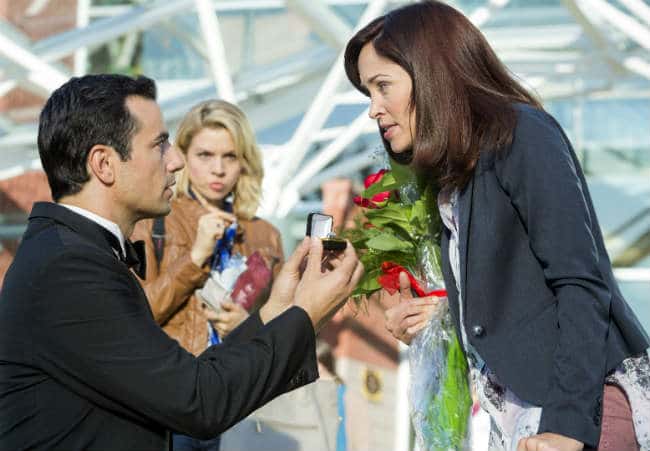 Taking a kind of Groundhog Day approach, the story repeats a woman’s wedding day over and over in this 2015 Valentine’s Day original. The good thing about this one is, you just might find it surprises you. Autumn Reeser and Antonio Cupo reunited for this sweet romance. 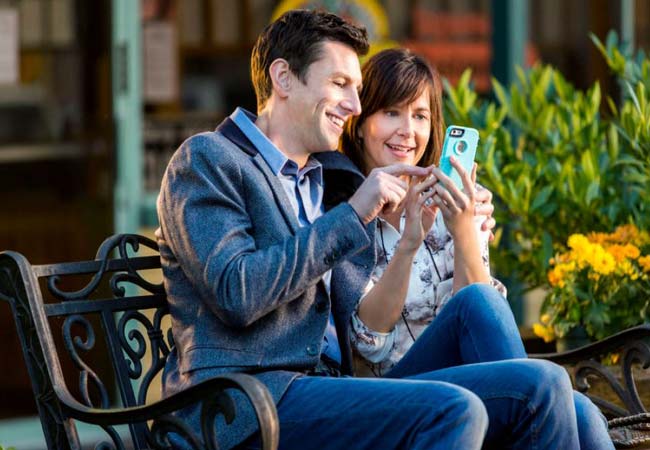 If you liked Monster in Law, this is sure to be an excellent alternative. The story is familiar only it pits the big-bad mother-in-law and future daughter-in-law as business rivals, plus its leading lady has a cute vintage style. Kellie Martin stars.

So You Said Yes is available to purchase on DVD through Amazon.

For anyone who’d rather not purchase a DVD, watch your local Hallmark station; many of these films re-air with frequency.

Which of these are among your favorite Valentine’s Day themed Hallmark originals? Have you watched any of the 2016 Valentine’s Day films? Sound off below with your thoughts!

Our romance-themed entertainment site is on a mission to help you find the best period dramas, romance movies, TV shows, and books. Other topics include Jane Austen, Classic Hollywood, TV Couples, Fairy Tales, Romantic Living, Romanticism, and more. We’re damsels not in distress fighting for the all-new optimistic Romantic Revolution. Join us and subscribe. For more information, see our About, Old-Fashioned Romance 101, Modern Romanticism 101, and Romantic Living 101.
Pin this article to read later! And make sure to follow us on Pinterest.
By Rissi JC on February 10th, 2016