If I think about some of my favorite romantic comedies, Sweet Home Alabama is one that falls on the list. It’s a story that’s as much about the places as it is the characters.

Some twenty years ago, Melanie met the boy of her dreams… the boy who she gave her heart to. However, she left that life behind when she turned 18. She’s now Melanie Carmichael (Reese Witherspoon), an up-and-comer in the high stakes fashion world, and she’s ready to launch her new line. By her side is Andrew (Patrick Dempsey). A perfect boyfriend not only on paper but also in real life. In a mere eight months, Melanie is smitten.

Andrew is also madly in love with Melanie, and he tells her so when he proposes to her. However, as the son of New York’s mayor, Andrew’s biggest opposition (or so he thinks) to marrying Melanie is his mother (Candice Bergren). Everything changes when his proposal sets into motion a series of unfortunate events. Not only does Melanie have to deal with her future mother-in-law, she’s also got to deal with her own parents… and the secret that is Jake (Josh Lucas).

You know those movies that wrap their viewer up in some sort of magic and make you feel nostalgic? No matter their flaws or cinematic liberties, there’s just something about them that makes them shine brighter. We all have a list of these kinds of films. For me, Sweet Home Alabama is one of these. Until recently, I hadn’t watched this one for a long time, but as everything came flooding back, the romcom fangirl in me remembered why I adore this one.

There are so many reasons I could count up to answer the “whys,” but if there were only one I could mention, it’d be the unapologetic romance. As I rediscovered this film, what struck me was how very romantic this film is. Not just its script, and by virtue the story’s notions, but also the filming. This shouldn’t surprise anyone when we look at who’s behind the camera: Andy Tennant. Tennant is an American filmmaker known for comedies like Fool’s Gold and Hitch, but more importantly, the cinematic beauty that is Ever After. 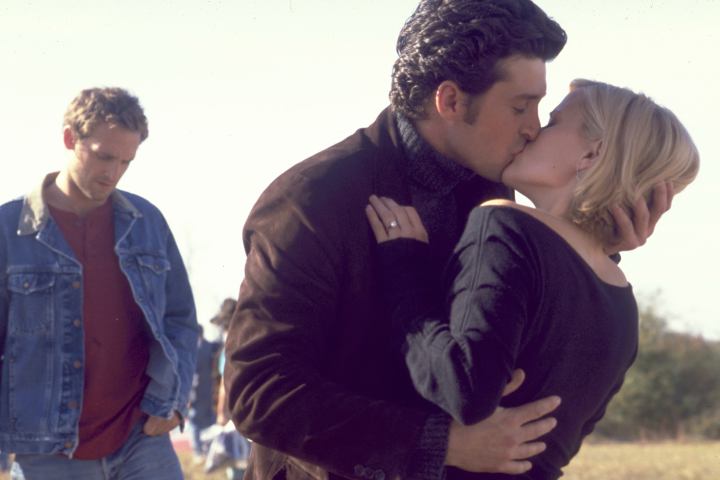 Many of the scenes in ‘Alabama’ are the kind that would be scripted to say they “only happen in the movies,” but that doesn’t stop them from being fabulous. I love that the story fully embraces this feeling of old-fashioned romance. Whether it’s the swoony proposal or the final scene in the rain (which brings the story full circle), the production of this film is its own kind of magic.

Of course, that’s to say nothing of the cast. Reese Witherspoon is always a winner in these types of stories. She has that girl-next-door quality that makes the viewer instantly relate to her. Though this character has more secrets than some of her others have, Melanie is still a woman we can relate to. She’s chasing dreams, which is something I admire even if her methods are skewed. Likewise, the leading men are genuine, honest characters, and appropriately swoony. Especially telling of Andrew’s true character is his final scene. Jean Smart, Mary Lynn Rajskub, and Ethan Embroy co-star.

Imperfect though it is, Sweet Home Alabama is about as perfect a romantic-comedy as I’ve seen. The fashion (though some of it is back in style today!) might be outdated as is the technology, but the undeniable charm of the story is as relevant as ever. Chocked full of charm, and sass, it’s not difficult to see why this is one of the better box office offerings of the genre. Whether you’re looking to rediscover an old favorite or  watch something new, this is a sweetheart of a flick that’ll leave you tapping your toes to its catchy titular theme song.

Content Note: Rated PG-13, this earns its rating thanks to some crude sexual innuendo (infrequent), and adult thematic elements.

Where to Watch: You can stream on Hulu. You can also buy an inexpensive copy of Sweet Home Alabama on DVD or rent and buy it on Amazon Video.

Our romance-themed entertainment site is on a mission to help you find the best period dramas, romance movies, TV shows, and books. Other topics include Jane Austen, Classic Hollywood, TV Couples, Fairy Tales, Romantic Living, Romanticism, and more. We’re damsels not in distress fighting for the all-new optimistic Romantic Revolution. Join us and subscribe. For more information, see our About, Old-Fashioned Romance 101, Modern Romanticism 101, and Romantic Living 101.
By Rissi JC on January 17th, 2018