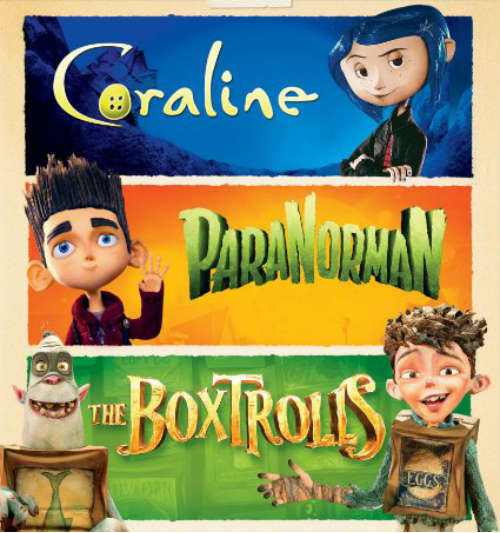 Even if one is not familiar with the name Laika, one could be familiar with their work. Laika is the animation company responsible for creating the films Coraline, ParaNorman, and The Boxtrolls. They may be new and only have three features that bare their name at this point, however, in my eyes, they are by far one of the most underrated animation studios out there.

RELATED The Belle of the Beast: Defending Disney’s Beauty

Despite not being gigantic financial successes, their films have received critical acclaim and all three have been nominated for best animated feature of their respective years. Through this article, I hope to give reasons why Laika should get more recognition for the art they create and the stories they set out to tell.

Laika is a very unique company, filled with people who obviously love what they do. They hire great talent for their films such as Henry Selick (who directed The Nightmare Before Christmas) to direct their first film Coraline. In their most recently released film The Boxtrolls, they hired animation legend Anthony Stacchi to be the film’s co-director. He worked on Disney’s Rocketeer and Sony’s Hotel Transylvania.

Then there is Travis Knight, who is not only the president and CEO of Laika but also the studio’s chief animator. They are not a very large studio, with a little over 300 animators behind the cameras, and they do not have several studio executives pushing them to go in directions based on statistical data. As a result the filmmakers, the atmosphere of the studio and the films themselves can be as odd, creative, memorable and dark as they want for as long as they can. And hopefully that will be a very long time indeed.

Another impressive feature of the studio is their use of technology in helping them complete the painstaking process of stop-motion animation. They use digital animation to animate environmental elements like mist, lightening and storms. They use 3D printers to print out different heads for the puppets, which can then be switched out depending on the mouth movement and emotion required for that scene. They use robotics to help with movements and computer graphics to help create additional atmosphere to a scene.

Such cost effective ways to use technology to bridge the gap between digital animation and clay models is ingenious, admirable and gives the films real aesthetic. Though they do not have a definitive house style, there is a distinct visual style to Laika’s theatrical offerings so far that is undeniably, absolutely theirs.

The sets are massive and detailed. Most of the sets are elevated, so that the animators are either crouched down or standing on some kind of platform. Using classic theater techniques, many of the sets have secret trap doors so the animators can pop up, manipulate a character, and then disappear once more. It is mind-boggling to think about how the figures of these wonderful characters are brought to life, moved 24 times for every second of screen time. However, the sets are so immersive and detailed that it is easy to imagine moving little figurines inside these imaginative spaces.

Laika’s films are unique not just in style but also in that they touch on things that would appear taboo to most family-based filmmakers. The topics that are addressed are done with real frankness and bluntness that assumes children are intelligent and perceptive beings who walk into the movie knowing a little bit about how the world works. That is something that I always appreciate. They also have a lovely habit of subverting things, whether they are themes or common character types. Laika have made family films about the terrors of losing your parents, a bullied young boy who appears crazy to almost everybody around him, and a kid who was adopted by trolls and must face the possibility of the extinction of his unusual family.

When it comes to adapting a film from a book, Laika has so far done two. The Boxtrolls is an adaptation of the book Here Be Monsters by Alan Snow, which I cannot comment on as I have not read it, and Coraline which is an adaptation of the book of the same name by Neil Gaiman. The scenes that are done well in Coraline are done really well, and the moments from the book that are represented are also done brilliantly, often word for word. The film does a good job of drawing people into the world that it creates and keeping them there for the duration.

There are many moments and elements in all three of their films that make them stand out against other animated films. For instance, the opening of ParaNorman is shot in a way that one would expect a live-action film to be shot and because of this, the film gives off a very different kind of atmosphere then what one would normally associate with animated films. ParaNorman also has an openly homosexual character and everyone in the film does not even bat an eye about it. They simply acknowledge it and then move on. ParaNorman is an important film in animation because it is not afraid to take risks, not afraid to be different, and boldly more adult then most animated films without feeling mean-spirited or talking down to its audience.

Laika’s newest film, The Boxtrolls, is much more on the lighter side with a simple plot and plenty of British humor. The villain of the film feels like something straight out of Wallace & Gromit or Monty Python. Even his henchmen are interesting because they have their own mini-storyline that is a really fascinating and humorous subversion of your typical henchman character types. The film also continues with Laika’s tradition of exploring heavy themes: parental neglect, mob mentality, and fear of the unknown.

The film’s much more subtle message about different kinds of family structures is not only symbolically represented in the Boxtrolls’ adoption of a human boy but also literally represented in the film’s teaser trailer. The teaser boldly depicts the human main character with a mother and a father, then two fathers, then two mothers. Whether the teaser caught enough people’s interest in the film or not, its massage is clear: “families come in all shapes and sizes…even rectangles.”

The films of Laikia are not perfect but they are different, enjoyable and creative. They produce great films for families while treating their audience with respect. No matter what kinds of films they have in store for us next, Laika is a studio with a distinctive feel and identity. They know exactly who they are and they are not afraid to tell you. Please, help support these passionate artists and all the stories they plan to give life to.

Our romance-themed entertainment site is on a mission to help you find the best period dramas, romance movies, TV shows, and books. Other topics include Jane Austen, Classic Hollywood, TV Couples, Fairy Tales, Romantic Living, Romanticism, and more. We’re damsels not in distress fighting for the all-new optimistic Romantic Revolution. Join us and subscribe. For more information, see our About, Old-Fashioned Romance 101, Modern Romanticism 101, and Romantic Living 101.
Pin this article to read later! And make sure to follow us on Pinterest.
By Moriah Burbank on March 15th, 2015