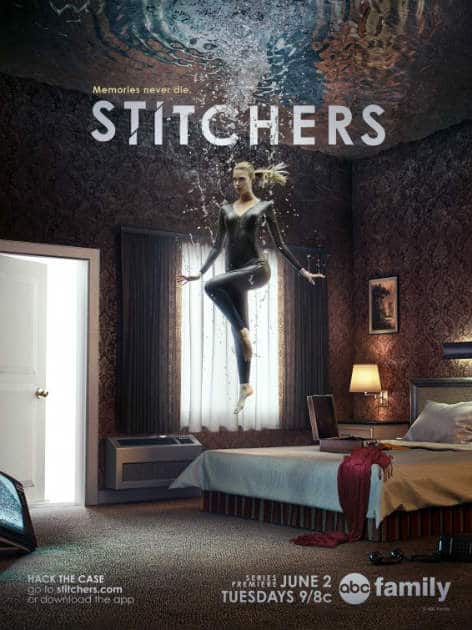 ABC Family is well known for its lighter fare. What they aren’t known for is cutting edge drama. This summer, their normal programming was challenged by a new story to tell. The network is rolling out its first procedural drama with some paranormal, sci-fi twists on the side. I don’t mind confessing that this pilot episode intrigued me though I don’t know how well it will fit with the networks usual programming.

The story is about brilliant computer science college student, Kristen (played by newcomer Emma Ishta). Brash and unafraid to say what she means (no matter if its complimentary or rude), Kristen suffers from temporal Dysplasia, which means she has no concept of time. Following a cheating accusation made by her roommate (Allison Scagliotti), Kristen is expelled from school and soon thereafter recruited by the government. Once a part of this secret agency, Kristen learns she is to be “stitched” into the minds of deceased victims in order to help the agency solve unique cases.

If you’re reading this or have read about this debut show and think its hypothesis sounds a little bit creepy, it really isn’t visually troubling in the least. The procedure that “links” the two minds is more about wires and science than anything. This is overseen by neuroscientist Cameron which is the means to our introduction to Cameron (Kyle Harris), who will presumably be the male lead of the show. During Kristen’s “inside someone else’s mind” stitching term, she’s merely in the same room as the person (prior to their death), seeing what they see only outside of them. She doesn’t become the person because of her condition and personality, and she doesn’t always understand what she sees or feels. 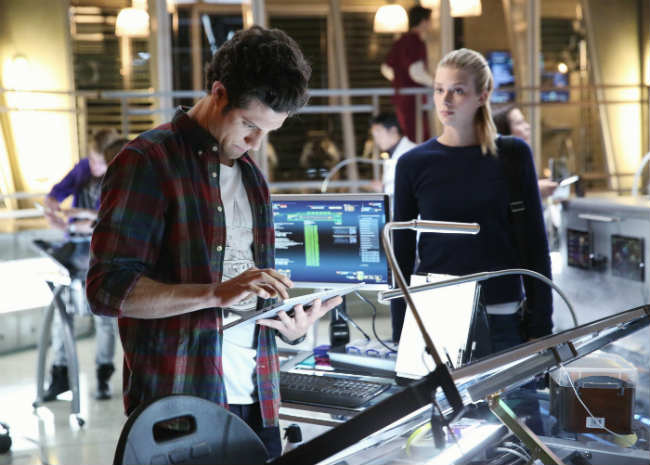 Kristen is an interesting, fascinating character. Her condition makes her distant and she uses logic over emotion. She doesn’t grasp the concept of love or really much of anything outside her comfort zone. She could almost be described as a female Sherlock Holmes. Perhaps not likened to him in the sense of his intellect (and I’m saying this because I’ve not yet met any character that quite matches Holmes), rather in her disconnect from people. From understanding how “humans” react to one another.

She’s not the warmest character to ever appear on television, but I do have to admit… I really liked her. There’s something about a dry sense of humor and hilariously awkward antidotes that endears a character. Plus she gets one of the best “first kiss” scenes ever. Why? Because whether or not anything will develop or form there, it’s not going to be an anticipatory, repetitive, will-they-or-won’t-they season long drama. I also love the repertoire that is budding between Kristin and Kyle as well as her love-hate kind of friendship with her roommate.

If you’ve not heard of Stitchers, it’s not for lack of advertising. I’ve seen adds for this show splayed all over the Internet and as the first procedural drama on this network, it’s probably well worth the risk. Unfortunately for the writers, cast and the network, the pilot didn’t convince me this has staying power. Did I like it? Absolutely. The story is fun and drew me in especially with its prickly heroine speaking her mind no matter the situation, but given that CBS has a sci-fi mind games drama coming this fall (based on the film Minority Report), I don’t know if this one will compete. 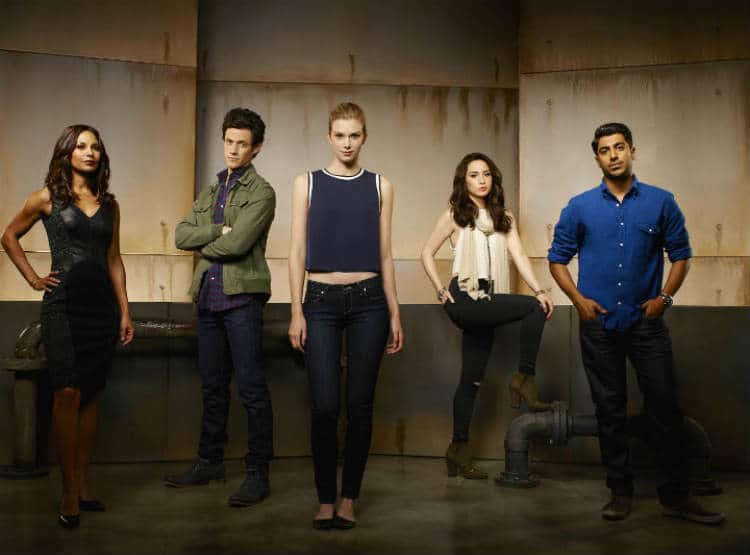 The pilot does move at a fast pace. There’s barely time to ease into the story and meet the personalities before Kristen is thrust into the secret government world she’s recruited to. The script also cannot quite settle on whether it wants to be a serious cloak and dagger spy kind of intrigue (think Alias) or embrace its more light-hearted, sci-fi approach to crime-solving. Still, it was a lot of fun and perhaps given its network home (ABC Family is also currently filming Shadowhunters based on the novels by Cassandra Clare), Stitchers has a chance.

I loved the angles it played (sci-fi, character quirks) plus with its appeal to a young audience and reflections of the once popular Alias, it might have a chance. Compared to most of the shows on this station, all of which are half-hour comedies or geared towards the teenage market, this show ages its characters significantly in comparison. You’re more likely to find them in a club than sneaking out to a high school party, but with its novice, unknown cast and a premise that could be built on, I think episode one, ‘A Stitch in Time’ is a solid start to what could be a fantastic summer filler.

Our romance-themed entertainment site is on a mission to help you find the best period dramas, romance movies, TV shows, and books. Other topics include Jane Austen, Classic Hollywood, TV Couples, Fairy Tales, Romantic Living, Romanticism, and more. We’re damsels not in distress fighting for the all-new optimistic Romantic Revolution. Join us and subscribe. For more information, see our About, Old-Fashioned Romance 101, Modern Romanticism 101, and Romantic Living 101.
Pin this article to read later! And make sure to follow us on Pinterest.
By Rissi JC on June 2nd, 2015