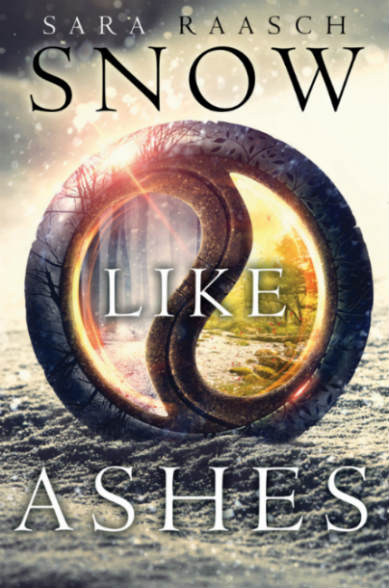 A heartbroken girl. A fierce warrior. A hero in the making.

Sixteen years ago the Kingdom of Winter was conquered and its citizens enslaved, leaving them without magic or a monarch. Now, the Winterians’ only hope for freedom is the eight survivors who managed to escape, and who have been waiting for the opportunity to steal back Winter’s magic and rebuild the kingdom ever since.

Orphaned as an infant during Winter’s defeat, Meira has lived her whole life as a refugee, raised by the Winterians’ general, Sir. Training to be a warrior—and desperately in love with her best friend, and future king, Mather — she would do anything to help her kingdom rise to power again. So when scouts discover the location of the ancient locket that can restore Winter’s magic, Meira decides to go after it herself. Finally, she’s scaling towers, fighting enemy soldiers, and serving her kingdom just as she’s always dreamed she would. But the mission doesn’t go as planned, and Meira soon finds herself thrust into a world of evil magic and dangerous politics – and ultimately comes to realize that her destiny is not, never has been, her own

Sara Raasch’s debut novel, Snow Like Ashes, made a splash last fall when it debuted and though it’s been on my shelf for a few months, I am only know getting around to discovering it. It was worth the dust it gathered.

This story is an interesting one. It takes a unique approach to creating kingdoms and the world in which it’s set is an eye-popping visual feast indeed. The world is separated by four kingdoms, all of which are inspired by the seasons. We are primarily among the Winterians whose appearance mirrors their season – pale, white skin and snow-white hair. Then there are the kingdoms or realms that surrounded the four seasons. These are either allies of Winter (and the seasons) or are a realm who seeks to destroy them.

Most of this novel is amazing. I enjoyed its unique creativity (which I’ll talk more about later), the story in general, and the characters. If there is one weak spot, I do think perhaps the characters aren’t explored in a way that does them the best justice to really flesh them out. Snow Like Ashes is written in Meira’s first person POV, which is all well and good (and I do think, appropriate for this story), but even she is more reserved than I anticipated. Sure she’s a kick-butt heroine because she desperately wants to do her people and king a service by being allowed to fight – and I don’t think for a second she hesitates in doing what needs to be done (her warrior skills attest to that), but there’s a bit of a disconnect. Her journey is focused on her finding out who she is. Nothing wrong with this, except it kind of keeps the character in a box in some sense. She doesn’t really get a chance to move past this. That being said, given that the sequel, Ice Like Fire (Baltzer + Bray, October 2015) is gearing up for release, I’d wager lots more character development is waiting to be discovered.

The second possible flaw, for those who like character driven novels, are the men in Meira’s life. And yes this does mean traces of a love triangle tiptoe into the story, something that is going to inspire the usual pop culture fandom of “teams” being formed. But while Meira is crushing on her childhood friend, Mather (who happens to be royalty to her counterpart lowly servant girl trained as a warrior), there really is no drama to be found amidst the potential romances. (The second guy is Theron, a prince Meira finds herself eventually engaged to). In fact, book one really isn’t much of a romance at all, especially considering the supporting characters actions are only experienced through the eyes of Meira. Still, that didn’t stop me from being pro one team in particular and liking the one, pretty epic kiss we do get.

As a reader, I did find parts of the world and its inner workings vaguely confusing. Though I don’t think it’s because it’s poorly written. It’s quite the opposite, in fact. As an author who has been sculpting and reworking this novel since she was twelve, I think Sara has done a remarkable job with her debut. She masters the world of high fantasy with ease and wonderful details. Not to mention, like I said earlier, the idea behind this world is brilliant fun. The world is darker (yet not depressingly so) because the people in it are in a battle for their very lives, but that doesn’t diminish the sense of adventure. If anything it heightens a reader’s awareness and makes us root all the harder for Meira to escape the emotional and physical bonds keeping her captive.

If you like fantasy novels, I’d definitely recommend this. It left me eager to read its sequel and in fact wish I had a copy to immediately start. There are some great twists left unhinged by the end, dangling in front of book two with the promise of good things. Meira is in a more hopeful place and is about to step up and into the role she was born for. Perhaps not easily or without heartbreak, but she will get there. This is the best kind of possibility an author can leave readers with to anticipate.

Speaking strictly to the world, I sort of envisioned a world like Narnia. As for a film adaptation that has been made to compare to this, nothing I’ve seen mirrors this with exception to perhaps a fairytale like Snow White and the Huntsman. Basically, I’d love seeing this made into a feature film. It’s got everything needed to make a unique and epic adventure film.

Do you have a favorite YA fantasy novel? Have you read Snow Like Ashes? What do you anticipate happening in book two? Share any thoughts down below!

Our romance-themed entertainment site is on a mission to help you find the best period dramas, romance movies, TV shows, and books. Other topics include Jane Austen, Classic Hollywood, TV Couples, Fairy Tales, Romantic Living, Romanticism, and more. We’re damsels not in distress fighting for the all-new optimistic Romantic Revolution. Join us and subscribe. For more information, see our About, Old-Fashioned Romance 101, Modern Romanticism 101, and Romantic Living 101.
Pin this article to read later! And make sure to follow us on Pinterest.
By Rissi JC on June 1st, 2015