The best jobs for women in the early 1800s depended in large part on a person’s social class. Even then, circumstances could catapult her far above her station, or throw her flailing toward the gutter. In her shoes, how would you fare? Are you a fighter, or do you prefer the easy life, with servants to cater to your every whim? Wait, who wouldn’t want the latter. To be waited on. Have every ring of the bell answered with a, How may I serve you, miss? 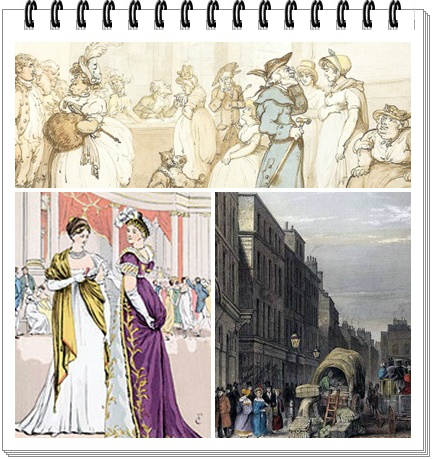 Wouldn’t it be awesome to sleep in every morning, instead of getting up at 5 am to feed the dog, dress the kids and rush out the door, only to sit and fume as the ill-named rush hour traffic inched forward on the highway?

Unfortunately, unless we are born to the highest privilege, most of us must work. We have to pay the rent, put food on the table, secure a safe place to live, and maybe even care for children.

In order to be truly happy, however, we need more from the hard work we do. We need to gain a sense of fulfillment, beyond covering the basic necessities of life. We need our lives to not just be about bread and butter. We want cake and ice cream too!

When it came time to write my Regency fantasy romance, A Devilish Slumber, thoughts like the above influenced my decisions on who would play the strong supporting characters, the cunning villain, and the daring heroine. I wanted characters who would strive for more than meeting the necessities of life. I wanted women who were unique, original and, when put the test, would reach for extraordinary.

So, what type of character, stamina, assertiveness, defiance or panache did these ladies bring to the table in order to earn one of the top 10 best jobs in A Devilish Slumber?

10. Bar Maid. This lady revels in the raunchy language and behavior of a tavern wench in the 1800s. She is a courageous and headstrong lass, able to survive, thrive and even enjoy this colorful lifestyle. She knows what she wants and is not shy about asking for it.

9. Landlady. This woman is all about money. After all, she lives on the wrong side of the Thames, in a dangerous neighborhood with cutthroats and footpads around every corner, which means she has to be firm, cautious and crafty in all of her dealings.

8. Companion. She may be elderly and frail, but she is also strong of spirit and set on protecting her charge from the social pitfalls every young lady faces, especially when her charge falls in love.

7. Housekeeper. She firmly believes proper behavior is the cornerstone of a healthy household. She therefore insists on maintaining the customary roles and responsibilities downstairs, even if upstairs, the unconventional mistress behaves overly friendly with staff and seems uncomfortable when her employees want to take care of her.

6. Leader of a Secret Faction. This hardy soul identifies and then seeks out those who sorely need her assistance. She does so, however, at the risk of exposing those already under her charge to the unmerciful judgement of a fearful public and the vengeful dagger of a vicious killer. Even to the extent of putting her own life in peril.

5. Librarian. Given the tremendous task of bringing a dismantled library back to its glory days, this lady takes to her job with glee, for it gives her all the opportunity she needs to seek out a centuries-old secret buried within those precious hidden volumes.

4. Lady’s Maid. This clever young girl becomes a staunch friend and fierce protector of a deeply hurting lady who once showed the maid kindness and compassion.

3. The Mother. She believes her handsome and talented son desperately needs her help to show him how he can rise above his station by marrying the daughter of a duke. What mother who loves her son with all her heart wouldn’t do so. After all, mother knows best.

2. Sister. She is bent on impressing upon her weaker gullible younger sibling the harsh realities of life. Strangers can never be trusted. Sisters must always look out for each other. Love is expendable.

1. Murder Suspect. Proving her innocence is certainly at the top of this beleaguered lady’s wish list, but so is shielding those whom she cares for. And she refuses to be responsible for yet another death.

Would you like to meet one of the above intriguing women? Then consider what you would do if you found yourself in Rose’s shoes, the prime suspect in a murder case. Like Rose, are you brave enough to step out of a carriage and go hunting for clues to the real killer?

EXCERPT from A Devilish Slumber 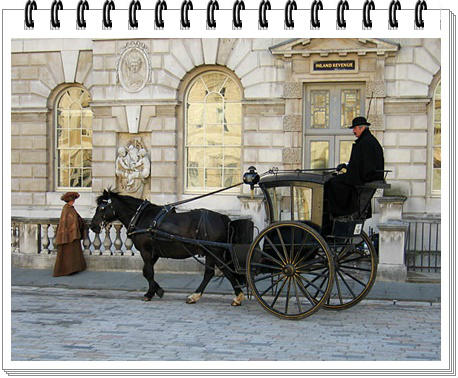 Rose’s hackney stopped in front of a brick and stone row house, and the driver pulled out the carriage’s two shallow steps with a loud rattle.

Cool night air swept inside the carriage, generating a shiver of alarm along Rose’s neck. She stayed glued to her seat, suddenly unsure about her plan. Her grand scheme to catch her friend’s killer had seemed well thought-out and reasonable when she was home with all her doors locked and the windows barred.

She now peered into the dark night and wrinkled her nose. The stench of overflowing sewers was especially ripe here. Down the street, a splash suggested that a bucket of refuse had been tossed out a window.

Her thirst to avenge Helen’s murder still burned, but the trip from Mayfair to the seedier south side of the Thames had eroded her confidence. She sat with her father’s top hat weighing heavy on her forehead as uncomfortable questions poked and prodded. How well had she known Helen anyway? Did a three-month acquaintance warrant such a suicidal move as to get out of this coach, at this time of night? And why must she conduct this investigation?

Answers came swift and damning. “Because Helen tried to help you. To drag you out of the quagmire of grief you had sunk into. To give you a chance to live again.”

She could not bring Helen back, but she could ensure Helen’s murderer saw justice. Although, she supposed many killings probably happened in this dangerous section of London. Nobody was likely to pay attention to one lone murder by the Thames. Even if that woman had been ruthlessly slaughtered, thrown away as easily as if she had been the day’s dishwater.

Well, Helen had mattered to Rose. And she intended to ensure the culprit was brought to justice. Surely there must be some clue in her room that spoke of the reason why she had gone out to that warehouse district alone last night. Could she have received a letter or invitation? And if what she had discovered was in some way connected to Rose’s family, though highly doubtful, then she owed it to Helen to bring the matter to light. Searching her friend’s room for such a clue could surely not be too onerous a chore to take on.

Her backbone suitably stiffened, Rose stood and stepped out onto the grimy pavement.

PREMISE of A Devilish Slumber

POWERFUL. IN PAIN. AND UNDER SUSPICION 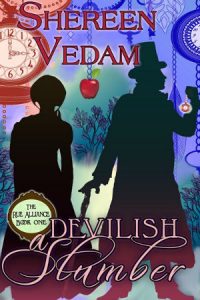 Mired in grief, Lady Roselyn Ravenstock avoids the cloying attention of friends, servants and society’s well-wishers. Until the day she bumps into a woman who reminds her of her gentle mother. Coming out of her deep-seated sorrow, Rose tentatively befriends this kind lady . . . then news comes of her new friend’s brutal murder. And Rose is implicated in the killing.

Enraged and no longer willing to pliantly accept fate’s thrashings, Rose resurrects an ancient, magical, family talent to re-shape her features. To prove her innocence, disguised as a young lad, this society’s darling grabs hold of destiny’s reins and goes hunting through London’s shabby lanes and treacherous dockyards for a killer.

In this unique twist of the beloved Sleeping Beauty tale, can Rose lay claim to her happily-ever-after? Possibly. But convincing the Regent’s Intelligence Officer, her very own deceitful prince charming, that she is blameless, will require more than just a kiss. 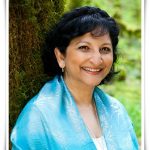 Once upon a time, Shereen read fantasy and romance novels to entertain herself. Now she writes heartwarming tales braided with threads of magic and love, and mystery elements woven in for good measure. She’s a fan of resourceful women, intriguing men, and happily ever after endings. If her stories whisk you away to a different realm for a few hours, then Shereen will have achieved one of her life goals.

Our romance-themed entertainment site is on a mission to help you find the best period dramas, romance movies, TV shows, and books. Other topics include Jane Austen, Classic Hollywood, TV Couples, Fairy Tales, Romantic Living, Romanticism, and more. We’re damsels not in distress fighting for the all-new optimistic Romantic Revolution. Join us and subscribe. For more information, see our About, Old-Fashioned Romance 101, Modern Romanticism 101, and Romantic Living 101.
Pin this article to read later! And make sure to follow us on Pinterest.
By The Silver Petticoat Review on February 22nd, 2017