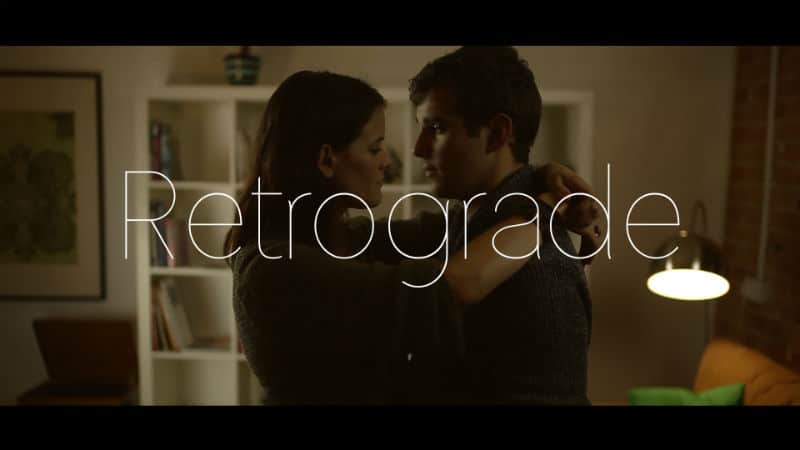 Having studied film a bit in college, I have a deep appreciation and affection for both indie filmmaking and short films, so when the two are combined together I love to see what new and upcoming artists have to offer. If you love indie filmmaking like I do, then you should definitely check out Retrograde. Only 22 minutes long, the theme of finding what has been lost is explored with true depth and emotion. No doubt up and coming filmmaker Jason Croxall (who both wrote and directed this) is one to watch out for.

Retrograde tells the story of twenty-something Will who has amnesia from the result of an accident. While he can make new memories, everything beforehand has been erased. The film starts at a group therapy session where Will meets Annabel, a young troubled woman with secrets who wants to help him uncover his lost memories. Soon, a friendship grows between the two (which quickly turns into a romance) as they try to figure out the mystery of who Will is.

What draws you into Retrograde is the deep focus on characterization. There’s Will who is trying to discover who it is he actually was before his accident, and then there’s Annabel, lonely and closed off. As the two get to know each other, we the audience, get to know them as characters. Without giving too much away, I can say that both Will and Annabel are fully developed, well-rounded characters the audience can empathize with. Not only that, the performances from Adam Horvath as Will and Lara Huddless as Annabel are memorable and very strong. I was especially drawn into Lara’s performance as Annabel’s own story unfolds.

Besides the well-developed characters, the script is also very good with natural dialogue and well-plotted scenes. The cinematography was very good as well with intimate shots to reveal the emotions of the characters. As director, Croxall’s strength lies with empathy and the ability to capture real human emotion with the camera. If developed, that strength should be able to take him far. While a couple of the transitions with the editing were a little abrupt, overall, the scenes flowed nicely from one scene to the next.

In all, one of the greatest compliments I can give this film is that I didn’t feel it was pretentious or worse, boring. There’s nothing worse than a boring film coming from a director who thinks it has more to say than it actually does. While Retrograde does have something to say, it’s done with more optimism than film school cynicism. At its very core, this story really is a love story, and a beautiful one at that told with heart and just plain good storytelling. I easily recommend this film to everyone who enjoys character driven stories or even a heartfelt romance.

Jason Croxall has a lovely film with Retrograde and it will be interesting to see what he does next.

Written and Directed by: Jason Croxall

You can watch Retrograde here: www.vimeo.com/jasoncroxall

To learn more about the film head on over to Facebook: www.facebook.com.jasoncroxall/film

Make sure to read my interview with Jason Croxall HERE

Check out my film review of Labor Day