In my life, I have moved quite a bit. I also have lived in situations where I could have what I could carry (and that had to last me for seven months). In many situations, I have not actually been able to bring my entire library with me from place to place; which is always sad.

However, I have a carefully selected selection of my seven favorite books (why seven? Because five is too few and once you hit ten, packing becomes a tad impractical. I have ten favorite books, but the last three stay at home and are, therefore, not going to be mentioned again). These are the books that always travel with me in some form or another. They’re the comfort books if you will; the last to get packed and the first to get unpacked. Yes, I categorize my books like that. 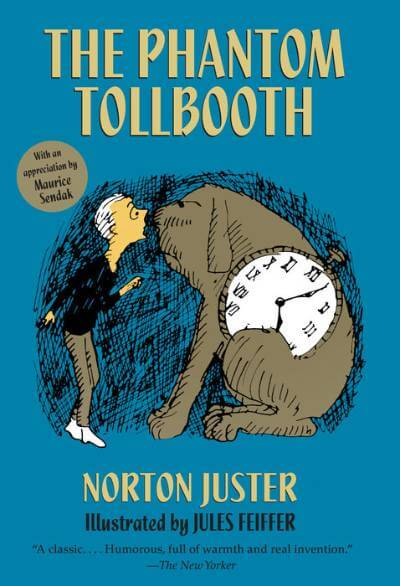 First published in 1988, this is the tale of Milo, a bored kid who finds a tollbooth and decides to travel through it because he has nothing better to do. What follows is an amazing journey through a magical land. With the help of the Humbug and a ticking dog named Tock, Milo sets out to rescue the Princesses Rhyme and Reason, to return them to the City of Wisdom and save the kingdom.

This book is hilarious and at the same time educating (I learned what a dodecahedron was from this book!) and is the one that introduced me to the power of reading as a kid. Even as an adult, the jokes are still funny and the story is still compelling. As Tock says, “It’s bad enough wasting time without killing it” (or something to that effect), and that’s a lesson that has stuck with me. 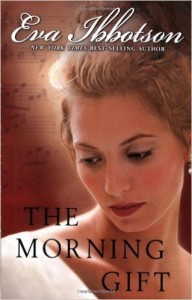 I discovered Eva Ibbotson’s historical fiction romances while in college and really enjoyed them, but this one, for me, is the best. First published in the US in 1985, The Morning Gift is the story of Ruth Berger, an Austrian Jew trapped in Vienna after the Nazis invade, and Quinton Sommerville, a British aristocrat and paleontologist/professor who has worked with her father. To get Ruth out of Austria, the two marry. This gives Ruth British citizenship and keeps her safe.

Ruth and Quin keep their marriage a secret until they can get it annulled. Things become complicated when Ruth is admitted to Quin’s University and is enrolled in his classes and her fiancé returns and the Dean of Student’s wife decides to pair Quin off with her daughter (all of which, of course, happen at once).

While the shadow of World War II looms over them, Ruth and Quin bond over paleontology and music, while wrestling with their own attraction to each other. I don’t want to wax too poetic here, but this novel is fabulous. It’s lush and moving, with just the right amount of romance. 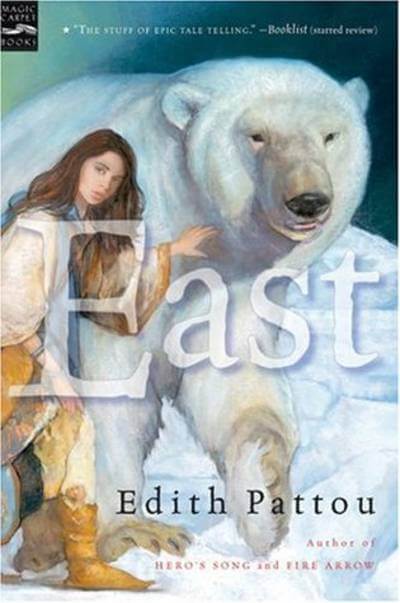 East is a retelling of the Scandinavian fairy tale “East O’ the Sun and West o’ the Moon,” providing a fresh look at one of my favorite fairy tales. Published in 2005, Pattou writes using alternating points of view for each chapter. This works wonderfully and gives the reader the information about what is happening in each location of the story while still keeping each voice distinct.

The story follows Rose, her family, the Troll Queen and White Bear, as their stories intersect and everyone finds their lives changed in profound ways. Rose’s mother is a follower of the lore of birth direction, which says that the way your mother is facing when you are born shapes your personality in a major way. This affects how she interacts with the other characters, especially Rose, in a major way.

Rose, as a North-born, is bound by her fate to be a wanderer and, her mother fears, to be crushed to death by snow and ice. Her desire to protect Rose from her fate, Rose’s desire to help White Bear, her disbelief in fate and the Troll Queen’s own love set the stage for the four quests that shape the narrative. Overall, this is a fabulous adventure story, with a smattering of magic, suspense and romance. 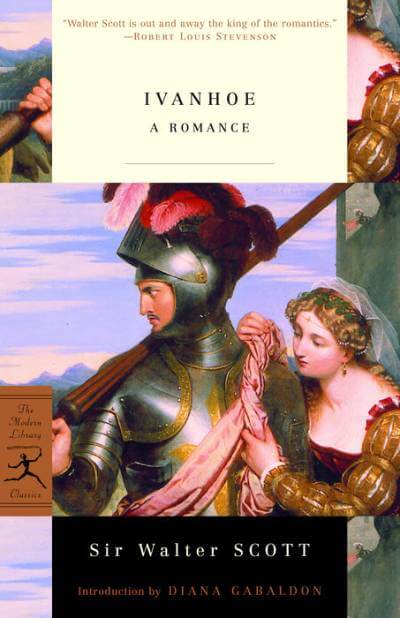 First published in 1819, Ivanhoe is one of those books that just grabbed my interest and wouldn’t let go. The story follows the adventures of Cedric the Saxon, his ward Rowena, his son, Ivanhoe and Isaac and his daughter Rebecca, who are traveling Jews.

The story opens with Ivanhoe, having fought in the Crusades with Richard the Lionhearted, newly returned to England and still in love with Rowena. Determined to win her heart, he joins a great tournament to prove his worth to both her and his father. Sadly, the Black Knight, a mysterious figure, wins the melee and a mysterious archer wins the archery contest. Ivanhoe is wounded and he, Rowena and Rebecca are kidnapped; the ladies by suitors and Ivanhoe by supporters of Prince John wanting to hurt Richard by kidnapping his friend.

There is attempted murder, kidnapping, jousting, romance, justice, strong female characters and Robin Hood. What more could a girl ask for in her historical fiction? But seriously, Scott writes with a very descriptive tone, sets up his story carefully and then, boom! Things start to happen quickly. It’s a very satisfactory way to tell such an epic tale.

Juliet Marillier’s Daughter of the Forest 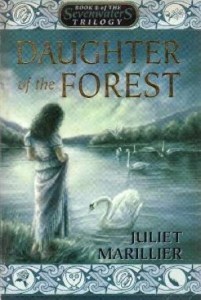 Daughter of the Forest was first published in 2000 and is a retelling of another of my favorite fairy tales, “The Six Swans” (and its many variations. There’s one version with seven brothers, one with twelve brothers and one where they are turned into crows instead of swans. But I digress). The story is the first in the Sevenwaters Trilogy and does a wonderful job setting the stage and introducing the world while remaining true to the source material. The story is set in Ireland, looking at the Irish Clans who are at war with a group of Britons.

Told by Sorcha, the sister who spins in silence to free her brothers from their enchantment, the story is her reflection of what happened. This gives the story an interesting spin because she says things like “Little did we know what winter would bring” and “I did not know true sorrow.” Adding to the overall narrative there are no guarantees about anyone else in the story, characters that we know and love die. Actions have consequences and not everyone ends the story whole.

The romance is beautiful. It’s subtle and doesn’t overwhelm the main plot; the bond of family, but it is there and weaves a thread throughout the narrative, as they fall in love, he starts to become her family, a really well-written and poignant plot. Basically, this is one of my favorite books of all time, so I’ll stop here and just say, read it.  I should warn you that there is violence and terrible things happen to the main character, so be prepared for that. 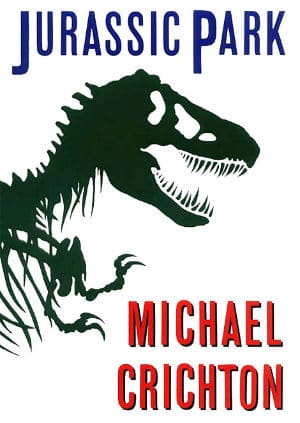 It has been pointed out to me that, for an archaeologist, I sure love dinosaurs. Yes, this is true and this book is the reason why. One of the few times that the film version is just as amazing as the book, Michael Crichton’s tale of mankind trying to be God and having it backfire horribly is one of those books that, despite having been published in 1990, still rings true today.

The technology may be outdated in many ways, but the struggle between what we can do and what we should do lives on. In many ways, Jurassic Park can be summed up by saying that with great power comes great responsibility.

The other thing that I love about Jurassic Park is the fact that it’s a theme park/zoo, filled with dinosaurs. Crichton’s writing style is scientific, laying out the process and what goes wrong while the use of dinosaurs adds a whimsy that is still lovable today. Memorable characters, action, adventure and impending doom, mixed together with dinosaurs? Yes, please! 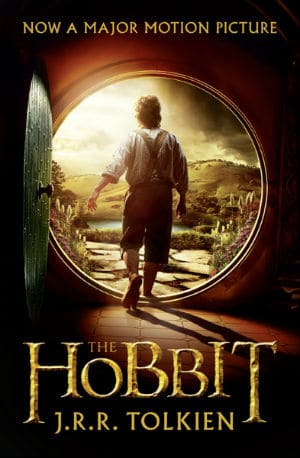 If I had to pick a favorite book of all time, this might be it. I love the Lord of the Rings, but The Hobbit  is, in my opinion, better. I know, I need to turn in my nerd card. It’s got the right mix of adventure and whimsy and it doesn’t seem to take itself too seriously.

There is also the Bilbo Baggins factor. The story of a short, quiet person who is forced to leave his comfortable home (and all of his books!) to go on adventures to faraway places really strikes a chord with me.  Another thing that resonates with me is Bilbo’s reluctance to leave and the fact that, although he is too far out of his comfort zone to even see it anymore, he does grow and become a better hobbit.

The story is fun, full of danger, close calls, excellent poetry and great supporting characters. It also had one of the best opening lines in literature. The quest is serious, but not as serious as the one in LOTR. I do love, however, how The Hobbit sets the stage for the LOTR; it always reminds me that no matter how small and useless I feel my quest is, I might be setting the stage for someone else’s quest.

So, those are the Seven Books That Travel With Me. Thank you for letting me share some of my favorite books with you!

Have you read any of these? What’d you think? What are your favorite “comfort books?” Let me know in the comments!

Our romance-themed entertainment site is on a mission to help you find the best period dramas, romance movies, TV shows, and books. Other topics include Jane Austen, Classic Hollywood, TV Couples, Fairy Tales, Romantic Living, Romanticism, and more. We’re damsels not in distress fighting for the all-new optimistic Romantic Revolution. Join us and subscribe. For more information, see our About, Old-Fashioned Romance 101, Modern Romanticism 101, and Romantic Living 101.
Pin this article to read later! And make sure to follow us on Pinterest.
By Bailey Cavender on September 7th, 2015