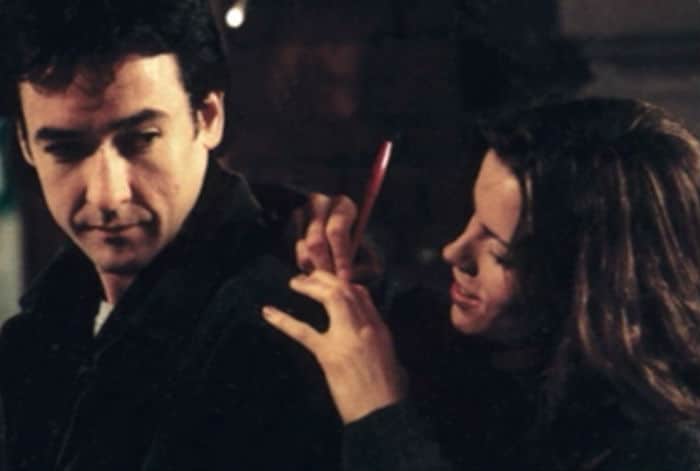 Romances produced in the 90s and early 2000s were not an era I frequented. For this reason, there is a host of catalog titles that I have been able to play “catch up” with. Serendipity, a romantic dramedy, is one such film that falls into that box.

Taking place on opposite ends of the coasts with a heck of a lot of missed chances in-between, Serendipity is, at its heart, a romance. It follows Sara Thomas (Kate Beckinsale) and Jonathan Trager (John Cusack) who spend one magical night together. The pair meets by happenstance in NYC days before Christmas. They spend the night walking the snow-covered streets of New York. As they talk and spontaneously discover corners of the city together, an undeniable connection forms. Still, Sara hesitates. She believes if they were meant to be together, fate would align. Seven years later, the two are living very different lives miles and miles apart, but still, memories linger of that one night.

Despite having seen British actress Kate Beckinsale in many productions (including her role playing Emma Woodhouse in A&E’s Emma), this popular comedy was a role I’d avoided. Unlike some of its peers, there is something different about Serendipity. Perhaps it’s the atypical casting or perchance it has to do with the separation of the would-be lovers.

Romantic films that separate their leading couple are, for me, difficult. No matter how much I enjoy the concept, usually, the romantic in me just wants to see the adorableness on screen, together. Fortunately, the writers do understand this to a greater extent than that of another romantic-comedy which came before this. They allow Sara and Jon to have an extended night together (which takes up a decent chunk of time) that helps set the tone for the eventual ending. Apart from Kate Beckinsale, period drama fans will enjoy seeing Jeremy Piven (Mr. Selfridge) in a supporting role, and those who watch CBS’ Blue Bloods will recognize Bridget Moynahan. What most surprised me about this cast was how well everyone seems to suit each other. Kate and John have a nice easy-going chemistry that sparks with magic and is captivating. With exception to Kate’s friend (the new-age character is a bit bizarre), everyone has a well-rounded entertaining role to play in the story. All of this serves to bring the plot full circle in the best of ways. 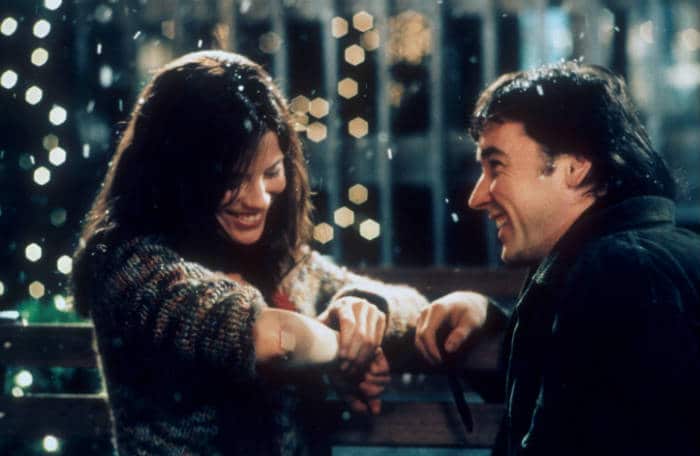 If you like romances that ditch normalcy, then you simply must see this. It’s a vintage soul of a film that isn’t often seen in today’s cinema. Even with the praise, I can’t say it will be a personal favorite, but it was a favorite of my cousin and for this reason, I have a soft spot for Serendipity, and I understand the old-fashioned sway the story has. If romance is what you’re seeking, this film has it in spades. It’s whimsical and outright 100% darling. All of this combined spins one magical tale that’s sure to make you smile.

You can rent Serendipity on Amazon Video or buy the DVD for a nominal cost.

Have you seen Serendipity? Did you like or dislike it? What are some of your favorite “vintage” romantic-comedies? Comment down below with your thoughts!

Content Note: There is one suggestive scene involving a couple in a state of undress (non-graphic), and some commonplace profanity. The film is rated PG-13.

Our romance-themed entertainment site is on a mission to help you find the best period dramas, romance movies, TV shows, and books. Other topics include Jane Austen, Classic Hollywood, TV Couples, Fairy Tales, Romantic Living, Romanticism, and more. We’re damsels not in distress fighting for the all-new optimistic Romantic Revolution. Join us and subscribe. For more information, see our About, Old-Fashioned Romance 101, Modern Romanticism 101, and Romantic Living 101.
Pin this article to read later! And make sure to follow us on Pinterest.
By Rissi JC on July 21st, 2016