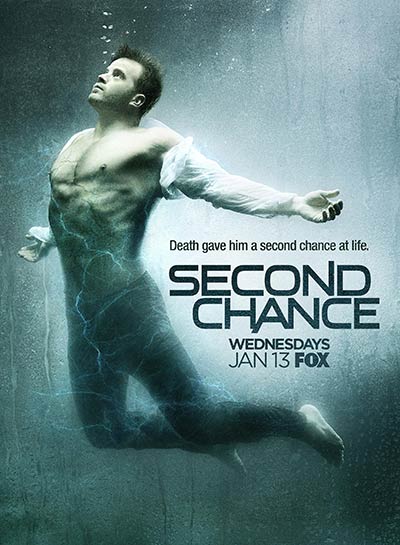 Second Chance should be just the kind of show I like. I love supernatural or sci-fi shows about monsters needing redemption and I typically love various takes on the Frankenstein story. That being said, Second Chance, Fox’s new series (that underwent several title changes), is mediocre at best. While entertaining, the show left a lot of room for improvement.

In Second Chance, an old and disgraced sheriff (ousted for corruption) named Ray Pritchard (also known as Jimmy) isn’t even taken seriously by his son Duval. He drinks, smokes, and hires prostitutes that he is unable to sleep with. His son, an FBI Agent, is also on a case that he just can’t seem to solve. Instead of working tirelessly like Ray suggests, Duval decides to go out of town with his daughter Gracie. Once out of town, Ray goes to his son’s house to sort through some of his own boxes. While there, two men are searching through Duval’s papers and Ray is seen. Being old and without any defense, the two men knock him down and then they toss him over a bridge. His death is ruled a suicide.

In the meantime, billionaire and genius twins, Otto and Mary Goodwin, are doing some dangerous research of their own. In order to save Mary’s life (she’s dying from cancer), they need to bring someone back from the dead. Ray just happens to have all the necessary specifications. Brought back to life, Ray now has a chance to solve his own murder and save his son in the process.

With a fun premise and decent cast (there’s no one horrible here), Second Chance has a chance to get better with time. First off, however, it needs to lose the creepy old man factor. I would have loved the series more if, for instance, an old man with old-fashioned values became young again, women being drawn to his old-school gentlemanly manners (I’m thinking of Moonlight‘s Mick St. John as a point of reference). Instead, we have a pig made young again, someone who leers at the young women and cares more about his son than his alcoholic daughter (who he doesn’t even think about connecting with thus far). At the same time, we are then supposed to root for a relationship between Ray and the innocent seeming Mary (though not much has been done yet outside a look of longing). If they want us to root for the romance, they need to drop the creep factor pronto.

Second Chance is also in major need of some humor. Bring in the wit. That’s also what makes these kinds of shows fun to watch. Hopefully, as this was just the pilot, the show will be given time to pick up and develop into something we will all want to tune into week by week.

Overall, Second Chance is good enough to deserve a second chance from the audience. Let’s wait to see how it progresses!

What did you think of Second Chance? Sound off below…

Our romance-themed entertainment site is on a mission to help you find the best period dramas, romance movies, TV shows, and books. Other topics include Jane Austen, Classic Hollywood, TV Couples, Fairy Tales, Romantic Living, Romanticism, and more. We’re damsels not in distress fighting for the all-new optimistic Romantic Revolution. Join us and subscribe. For more information, see our About, Old-Fashioned Romance 101, Modern Romanticism 101, and Romantic Living 101.
Pin this article to read later! And make sure to follow us on Pinterest.
By Autumn Topping on January 14th, 2016

2 thoughts on “Second Chance Review – A Mediocre Take on Frankenstein”