THE FILM: Salmon Fishing in the Yemen

THE MOMENT: The Chetwode-Talbot Beauty

Salmon Fishing in the Yemen is a quirky romantic comedy that is unexpectedly charming. The premise itself is far-fetched; however, the lovely romantic journey of Harriet and Fred more than make up for the plot’s improbability. Perhaps that was the point – to have faith in the improbable. To simply believe. Such as the idea of a relationship between Harriet and Fred was no more “theoretically possible” than salmon fishing in the Yemen.

As the title suggests, the movie is about introducing the sport of salmon fishing into the Yemen. Hired by a wealthy Sheikh to make this possible, Harriet Chetwode-Talbot reaches out to fisheries expert, Dr. Alfred “Fred” Jones. His reaction is one of a humorous affront as he quickly rejects Harriet’s request for assistance. However, the Prime Minister’s office soon becomes involved and Fred finds himself forced into working on the project. Fred and Harriet grow closer as the project proceeds and unexpectedly find themselves falling in love.

Related Post: Romantic Moment of the Week – Rick and Evelyn from The Mummy

The Pairing in Salmon Fishing in the Yemen

Fred is socially awkward with an offbeat sense of humor. His life is predictable in its order. His marriage is comfortable in its monotony and his wife’s seeming disinterest. Fred, in short, is in a rut. Harriet, on the other hand, is more a free-spirit who believes in the mere possibility of anything and everything. Newly involved with a soldier, she throws herself into her new relationship in the same way she throws herself into her job. There could be no two people more different yet so ideally suited for each other.

Gradually, Fred comes to realize that he is not happy in his life. The redundancy becomes glaringly apparent as the salmon fishing project progresses. He recognizes he was slowly dying so he takes steps to change. This change involves leaving his wife. This is not something he does lightly, and the movie is clear that this decision is more than about his feelings for Harriet. In fact, someone else points out Fred’s feelings to him. As for Harriet, Fred never registered on her radar until her boyfriend goes missing in action and declared dead. She retreats into herself, closing off the outside world. Surprisingly, it’s Fred who reaches her and brings her back.

THE LEAD IN – A Moonlit Swim

Both Fred and Harriet are emotionally fragile. Harriet lost her boyfriend to war and Fred’s marriage is over. They both turn to the salmon fishing project as a means of distraction, finding new faith. Harriet and Fred have grown closer in the weeks and months they’ve spent on the project. On the night before they release the salmon into the Yemen, they take a swim together. As they talk quietly, they each acknowledge how the project saved them. For Harriet, the project saved her from her grief. It put her on the path to healing. For Fred, salmon fishing in the Yemen allowed him to venture outside his comfort zones; to really experience life and embrace uncertainty. In short, to have faith. Fred moves closer to Harriet, before approaching the subject of them.

Fred is endearingly bashful. It’s clear he expects Harriet to immediately reject the idea. So, he phrases his question in a way to let her know he understands the improbability. It’s a call back to their first meeting when they discussed the “theoretical possibility” of salmon fishing in the Yemen.

“Or salmon fishing in the Yemen?” Harriet replies quietly, acknowledging one of their first meetings as she smiles gently. He nods and she hesitates before saying softly, “Yes.”

He repeats her answer to make sure he heard her correctly. Harriet laughs and says yes, but then she tells Fred she still needs some time. Fred tells her she has all the time she needs. Harriet never stops smiling as she reaches up to kiss him on the cheek.

Fred is not only well-known as a wildlife fisheries expert, but also for his lure designs. The scene opens on Harriet and Fred sitting on one of the docks. Fred is clipping away at a lure. Harriet sits close by, watching him. After a moment, she asks if it’s the lure he’s so famous for. 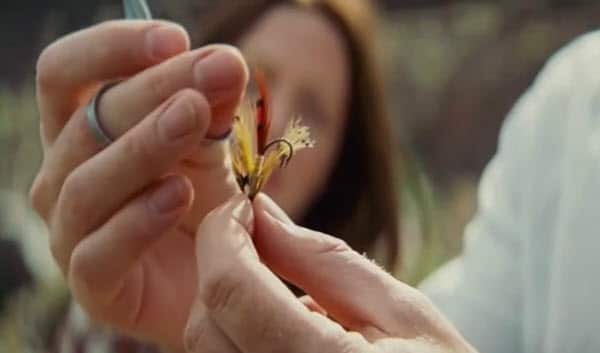 It’s not and so Harriet asks him the name of this new lure. Fred studies her for a moment before answering. 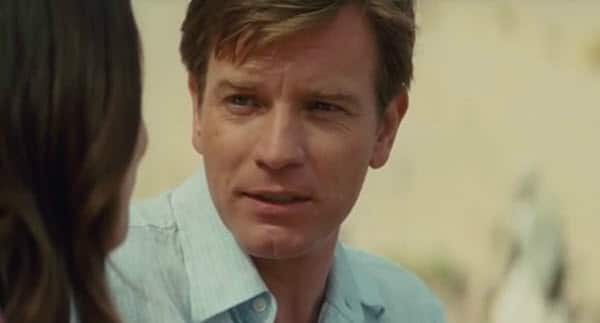 “This one is called the Chetwode-Talbot Beauty.”

Harriet smiles in delight as she takes it from him. She gives him a soft look and then turns her attention to the lure.  She examines it closely, her fingers running gently over the lure and sharp hook. The yellow threads wink up at her; this is the same thread Fred plucked from her couch when he showed up to comfort her as she grieved. 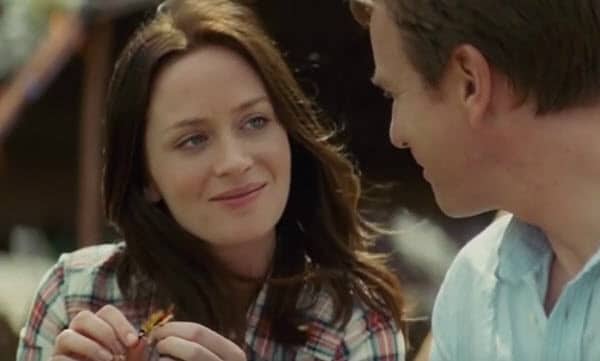 “Beautiful,” Harriet declares of her namesake. Fred looks directly at her and there is no mistaking what, or rather to whom, he is referring to with his next words. 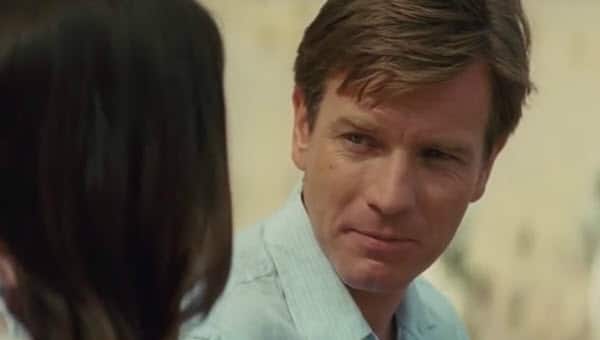 It’s the briefest of moments. Tenderly sweet in its simplicity, yet laden with emotion. I think of it as the beginning of a courtship. A throwback to when romance began with a lovely dance of words.  And in the case of Harriet and Fred, it was the beginning of making the improbable, probable.

Have you seen Salmon Fishing in the Yemen?  What did you think of Harriet and Fred? Let me know in the comments below!

Our romance-themed entertainment site is on a mission to help you find the best period dramas, romance movies, TV shows, and books. Other topics include Jane Austen, Classic Hollywood, TV Couples, Fairy Tales, Romantic Living, Romanticism, and more. We’re damsels not in distress fighting for the all-new optimistic Romantic Revolution. Join us and subscribe. For more information, see our About, Old-Fashioned Romance 101, Modern Romanticism 101, and Romantic Living 101.
Pin this article to read later! And make sure to follow us on Pinterest.
By Catherine on July 1st, 2017

7 thoughts on “Romantic Moment of the Week: Salmon Fishing in the Yemen – The Chetwode-Talbot Beauty”