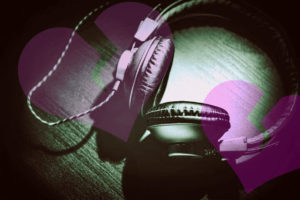 There’s not always time in busy lives to read that novel or watch that series, but there is always time for a quick fix, for sad songs with a narrative essence. You can satisfy that craving for a story in a short 3 to 8 minutes.

Ballads – in the traditional sense – are musical narratives, stories as songs. The tales they’ve told for centuries are typically sentimental, full of love and loss and longing and cruel, cruel fate. Novels condensed into stanzas, ballads often pack a heavy emotional punch. Lyric heavy, you need to listen and listen carefully to these sad songs.

Here are a dozen ballads with compelling narratives. Since we all need a good cry every now and again, I’ve opted for a selection of sad songs, musical tales to tug at the heartstrings. There are rogues and dead boyfriends and forbidden loves. Ghosts and departures and reunions. There are bittersweet memories and unjust imprisonment and time’s inevitable passing. And there is love, lots of love – young love, old love, fateful love, fickle love, enduring love, motherly love, fatherly love, obsessive love, yes, lots and lots of love.

So, sit back, have the tissues handy, and listen to a smattering of these stories. Be ready for these sad songs to draw you in!

#1 Leader of the Pack

Performed by The Shangri-Las

He sort of smiled and kissed me good bye
The tears were beginning to show
As he drove away on that rainy night,
I begged him to go slow, whether he heard,
I’ll never know From the late 50s to mid-60s, teenage tragedy songs or “splatter platters” were extremely popular. This 1964 hit about the tragic and sudden death of a young woman’s boyfriend in a motorcycle accident typifies the genre.

The song topped the US Billboard charts. The BBC initially refused to play because of its dour and deathly content. The revving of the motorcycle and the screeching of the tires is the cherry on the top of this melodramatic darling. Look out, look out, look out – you’ll be sniffling and blubbering right along with the song.

Written and Performed by Bruce Springsteen

Then I got Mary pregnant and man that was all she wrote
And for my nineteenth birthday I got a union card and a wedding coat
We went down to the courthouse and the judge put it all to rest
No wedding day smiles, no walk down the aisle, no flowers, no wedding dress A mournful harmonica begins Bruce Springsteen’s moving ballad about a young, working-class couple, struggling to make it work. The song is full of yearning, dreams squashed by familial responsibilities and everyday realities and practicalities, innocence long lost and love bogged down in day-to-day drudgeries. The imagery Springsteen’s words invoke is achingly beautiful.

And the ache is palpable.

Sonny, don’t go away, I am here all alone,
And your daddy’s a sailor who never comes home Ron Hynes’ haunting ballad is full of loneliness and longing, telling the tug-o-war story of a son wanting to go and his mother wanting him to stay. The song and its story seem so timelessly familiar that, for years, many other artists sang and recorded Hynes’ song without ever giving him credit or royalties.

Written and Performed by Peggy Seeger

We seek you by day, by night we call your name It doesn’t get any more powerfully poignant than Peggy Seegers’ forceful and raw lament. Drawing upon personal narratives of survivors of Chilean dictator Augusto Pinochet’s reign of terror, Seeger echoes a mother’s cries for her missing daughter.

Over two thousand Chileans “disappeared” during Pinochet’s junta government from 1973-1988, killed and erased from all official records. Searching mothers were often told that they were mistaken, that they’d never had a child. Seegers’ increasing desperation, agony and anger cuts like a knife into the soul.

Composed and Performed by Loreena McKennitt 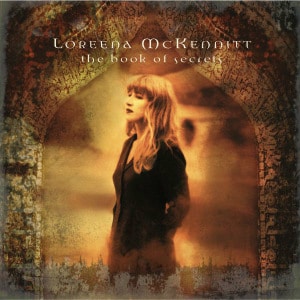 Alfred Noyes’ poem from 1906 is a modern-day, melodramatic classic, a gothic romance of two ill-fated lovers, the highwayman and the innkeeper’s daughter. It lends itself incredibly well to oration (Remember, oh, remember Anne Shirley’s dramatic recitation and Gilbert’s proud applause from the 80s TV series?!).

It has been set to music many, many times. Loreena McKennitt’s hauntingly ethereal rendition from 1997 is dramatically beautiful.