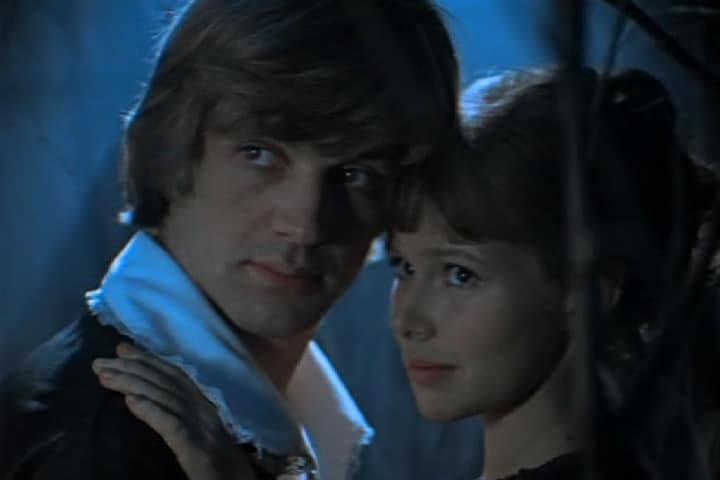 An Ordinary Miracle is a beloved Russian film with an all-star cast, clever dialogue, and even several top-notch musical numbers. Both philosophical and intensely romantic, this timeless classic will appeal to all fans of great storytelling.

Once upon a time (pun entirely intended!), as a little girl, I watched An Ordinary Miracle for the first time. Thus began my love of stories about writers and the writing craft. A writer is a creator and a student of the human character. Such stories sometimes make us re-examine our lives and show us how much power we truly hold over them. It’s a lot more than we often tend to think. After all, we are all the co-creators of our own fate, are we not?

Related Post: The Comical Adventures of Shurik- An Introduction to a Timeless Soviet Classic 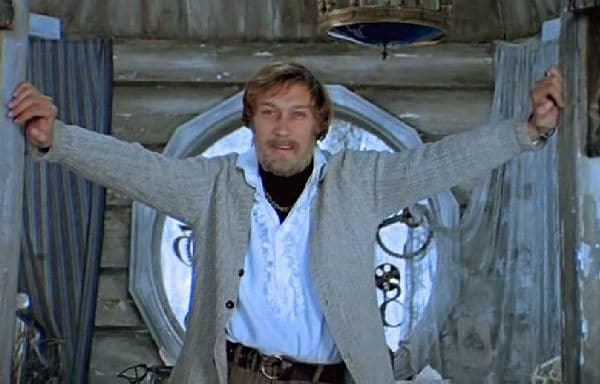 “Long live the brave who have enough courage to love, knowing that everything will end! Long live those who dare to live as if they were immortal!”

In An Ordinary Miracle, the creator of the story within a story is a wizard. He imagines characters and entire dialogues in his head and, soon after, the events happen exactly as he imagined them. Now, here comes the twist. Once a character exists, it starts to affect the flow of a tale in ways that may not originally have been planned for them. Have you ever read a book where someone seems to be acting out of character? Did certain events feel forced and unnatural?

A writer needs to be flexible enough to allow the story to go where it naturally wants to. Even if he or she starts off with a specific ending in mind. Characters simply have a tendency to take on a life of their own. This is something that this fairy tale excels at. Its characters are far more than just words on paper.

The beauty of a wizard being the creator is that these characters literally come alive as they jump out of his imagination. So, what does a creator do when faced with characters who do not want to follow his original plan? He gives them the freedom of choice, even if only occasionally. Allows them to misbehave now and then, so to speak. Sometimes their choices make him proud while at other times they disappoint him with their cowardice.

From bear to human and back again 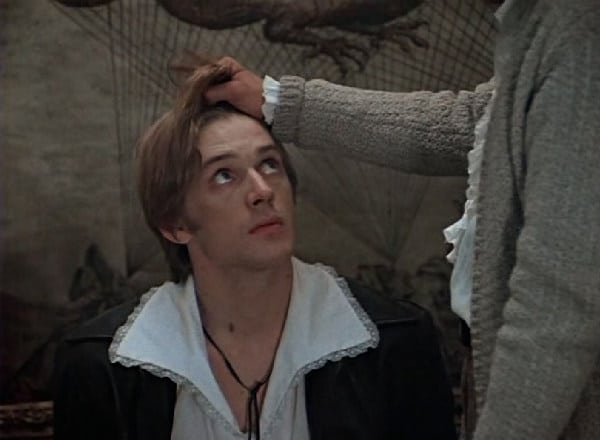 “Try taking a living being and making it even more alive! Now that’s an accomplishment!”

A long time ago, the wizard turned a young bear cub into a man. Simply because he felt like it at the time. Now the young man is back so that the wizard can turn him into a bear again. Since the wizard is a big prankster it wouldn’t be any fun for him to simply turn the young man into a bear just like that. No, he decides that a princess needs to fall in love with The Bear and kiss him for the spell to be broken in a sort-of reverse The Princess and The Frog scenario.

Related Post: Revisiting Disney: The Princess and the Frog

The wife tries to warn the wizard that playing with people’s feelings is a dangerous thing to do. But he simply waves her worries away by stating that “falling in love is good for you” and that they have nothing to worry about since The Bear is very charming so a princess is bound to fall in love with him. I have to agree with him there! That is indeed a very charming and handsome bear they have on their hands.

Interestingly enough, the wizard shies away from clear answers as to what will happen when The Bear and The Princess kiss. Why? Because he doesn’t even know what will happen himself since love is the strongest magic there is. Even he is not foolish enough to predict a clear outcome one way or another when love is involved. 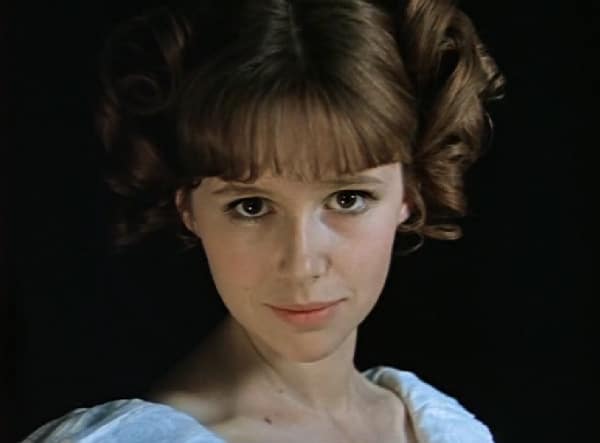 “Out of a mirage, out of nothing, out of my own wild fantasies, there suddenly appears a face. And it acquires shape and colour and flesh and passion.”

The Bear is convinced that all princesses are cruel and spoiled, having spent years traveling the world. So the feelings of the princess, should he turn into a bear in front of her, don’t exactly worry him. Little does he know that the wizard has thought up the kind of princess that The Bear could not help but fall in love with.

While a whole bunch of characters parade around in the wizard’s head, that of the princess is so pure and innocent that he seems to coax her into existence. It’s the perfect symbolism for how a character is formed in our minds. How it can just as easily disperse into thin air if we do not grab onto that image in time. It’s like waking up from an amazing dream and promptly forgetting it despite grasping at it mentally with all one’s might.

The unavoidable meeting of the fated lovers 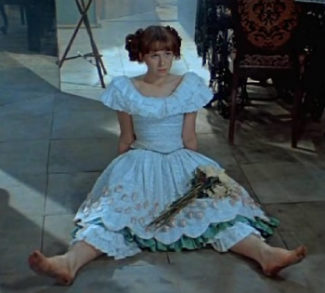 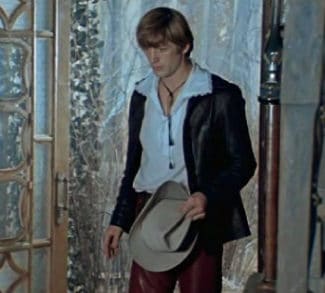 The Bear: “You must have a lot of friends.”

The Princess: “What makes you think that?”

The Bear: “It seems to me that everyone must love you.”

Of course, The Bear and The Princess meet and take an instant liking to each other. The Bear even professes his love for her without meaning to in one of my favourite and most natural love confessions. Then fear sets in as soon as The Bear realizes that he fell in love with The Princess just as The Wizard planned it. Will he allow The Princess to kiss him? Will she stop loving him when he turns back into a bear? Can he go back to being a bear now that he found himself in love? Is a miracle possible?

The love story between The Bear and The Princess is not the only one we are privy to. There are several couples formed and one even reunited after a long separation. One of the central themes tackled here is the idea of running away from love and what it does to people. Many stories promise that love can bring amazing things into one’s life and yet so many of us run at the mere possibility of it. It’s one of those things that a lot of people want desperately, while simultaneously being scared out of their wits when faced with it in reality.

Why you should watch An Ordinary Miracle

I love this film to bits. To me, it is perfection and still remains one of my favourite films! Every time I watch it, I make new discoveries and have lots of fun while I’m at it. It’s a romance, a comedy, a satire, and a thought-provoking fantasy. The Wizard wanted to speak to his wife about love. His love letter took on the form of this wonderful tale. A tale full of eccentric, silly, and unforgettable characters.

Despot kings that travel with poisoned wine and hang their crowns on hangers as if they were a hat; Bears in human form and brave princesses that are impossible not to love; Hunters who fight for their fame while doing no hunting whatsoever – only collecting certificates to prove their hunting prowess; Executioners who like to write poetry in their spare time and many, many more other great characters.

The way all the pieces came together to make this extraordinarily beautiful film about love and creation is nothing short of a miracle in itself. Whether one is a wizard, a bear, or a human being to be a creator is no easy task. Being the creator of one’s own life or that of a fictional world are both difficult tasks indeed.

Content note: A quick flash of female breasts while getting out of bed at one point. Otherwise, it is suitable for all ages. Flashes of partial nudity would occasionally crop up in Soviet films. But seeing as these scenes were not meant to be sexual they were considered completely normal for a family film.

Where to watch An Ordinary Miracle

You can watch An Ordinary Miracle for free on Mosfilm’s official YouTube channel (PART 1 and PART 2) with English subtitles on CC or on SOVIETMOVIESONLINE.

The cast of An Ordinary Miracle (1979): Oleg Yankovskiy as The Wizard, Alexander Abdulov as The Bear, Evgeniya Simonova as The Princess, and Elena Kupchenko as The Wife.

Based on a play by famed playwright Evgeny Schwartz.

Have you already seen An Ordinary Miracle? I would love to know what you thought of it, so sound off below as soon as you watch it! Also, what was your favourite part? What made you swoon the most?

Our romance-themed entertainment site is on a mission to help you find the best period dramas, romance movies, TV shows, and books. Other topics include Jane Austen, Classic Hollywood, TV Couples, Fairy Tales, Romantic Living, Romanticism, and more. We’re damsels not in distress fighting for the all-new optimistic Romantic Revolution. Join us and subscribe. For more information, see our About, Old-Fashioned Romance 101, Modern Romanticism 101, and Romantic Living 101.
Pin this article to read later! And make sure to follow us on Pinterest.
By Yaroslavna Simdyankina on June 24th, 2017