No matter how you look at it, there are some love stories that are strange. Not all are strange in ways that make them unlikable, but rather are “strange” in a loveable, almost charming way. Warm Bodies tells the story of R and Julie and is one of these wonderfully strange stories.

I can still remember the first time I learned about Warm Bodies. Since I’m not a zombie or vampire kind of girl, I wasn’t sold on the idea this would be my cup of tea. But the box office release came and went, I saw all of the cute promotional material, and talked about it with a friend. Needless to say, my resolve not to watch this one cracked. Fortunately, this ends up being a good thing.

The Story and Lead In: R and Julie

Though all of its outward appearances paint Warm Bodies as a romantic comedy, not everyone will believe a zombie movie can pull this off. This story accomplishes it. The script based on the novel by Isaac Marion is a kind of Romeo and Juliet fable. Unlike the original star-crossed lovers’ tale, however, this one is set in a post-apocalyptic world in which zombies have overtaken the world.

RELATED | Romantic Moment of the Week: The Choice – Travis and Gabby

The would-be lovers are Julie, the independent daughter of the human’s leader (whose singular goal is to protect the remaining human race). Then there’s R. R is a zombie who cannot remember his name let alone what it means to live. But unlike the rest of his kind, he feels bad every time he takes a human life (purely out of necessity, of course). 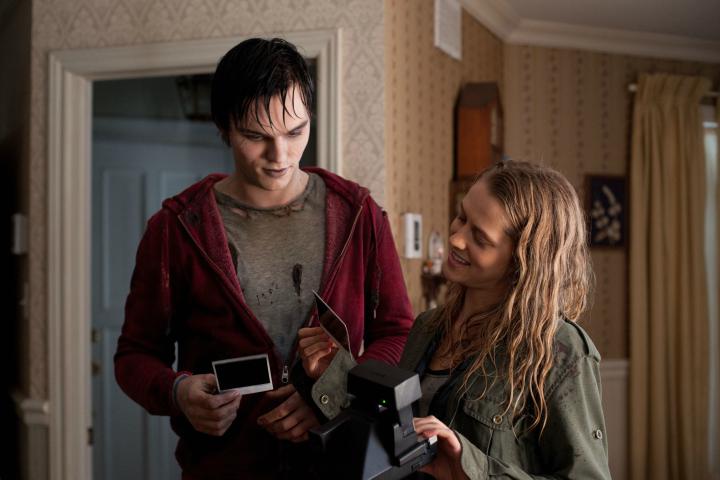 A series of events leads R to Julie. The result being he rescues her. Despite her dismay and fear over being in this zombie’s lair, a being she’s been taught to fear, Julie cannot help some sense of curiosity. Though R isn’t a cracking conversationalist, one promise he makes Julie is to:

Time passes, and the pair forms a kind of connection. Julie sees R as a person and realizes he’s different. She tells him she sees how hard he tries, and that’s what people do, “they try to be better.” For the first time, R finds himself feeling emotion. A shift that begins the moment he set eyes on Julie. Of course, the fact that he has her boyfriend’s memory bank (*awkward*) from eating his brains is probably a factor.

Nonetheless, despite the many things that should pull them apart, they remain loyal to trying to find a way to bring their two races together and to each other. When it’s no longer safe for Julie to remain with him, they set off so Julie can safely return to the compound where the humans live.

The Romantic Moment: R and Julie, and a Romeo & Juliet “Balcony Moment”

Throughout their relationship, the romance between R and Julie is more a series of moments. They switch off rescuing one another. Sometimes physically, and sometimes, it’s an emotional save. No matter what, their relationship is fraught with waves of ups and downs.

When, eventually, they separate (to ensure his safety from her rigid father, and so she leaves R behind while he sleeps), Julie’s life is forever altered. Alone with her best friend she admits… she misses R.

Unaware of the bond Julie has formed with this being, Nora scoffs at the plausibility of her emotion.

Looking for a moment alone, Julie heads outdoors. Darkness covers the sky as Julie walks out onto her balcony, unaware who is waiting beneath. 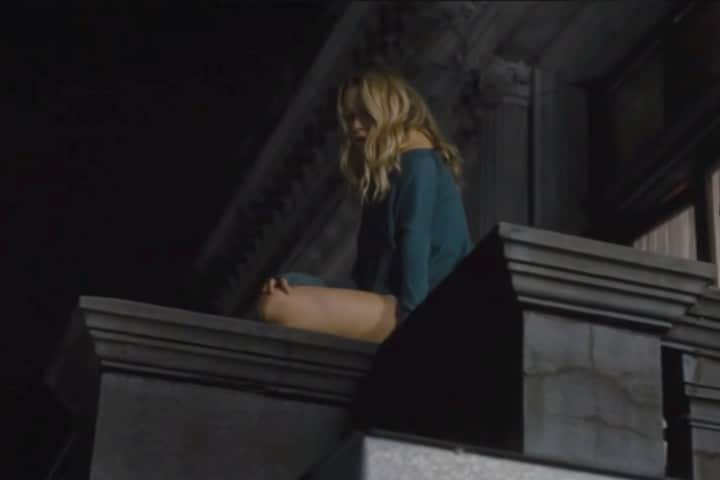 Carefully so as not to arouse suspicions or alert the humans of his presence, R sneaks inside the compound’s walls with the sole purpose of seeing Julie. 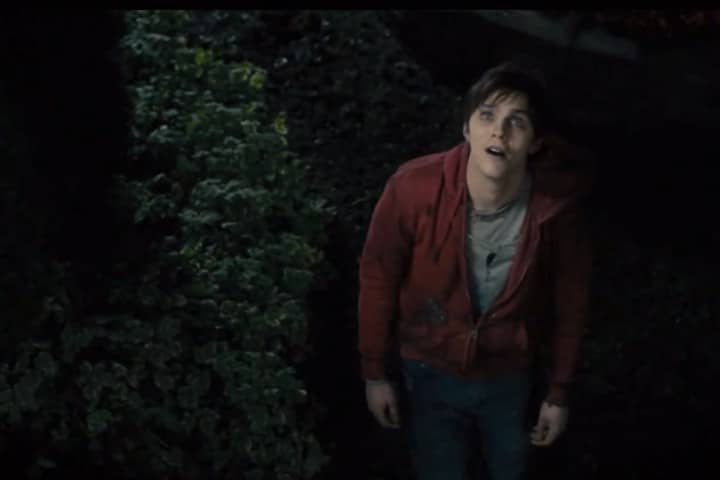 Though only separated for hours, the instant R spots Julie, a soft smile covers his expression. Softly, he calls up to her, “Julie!”

His voice goes unheard as Julie sits on the edge of the railing. But, the second call of her name gets her attention. Realizing someone is calling her name, Julie glances to the ground beneath her. There she spies R. Disbelief and caution edges her voice (and an unchecked joy). Softly, she calls down to him, “R?” she queries.

As her eyes prove they aren’t deceiving her (R is really here), panic sets in! “What are you doing here,” she further questions, by now the urgency to get him out of sight drives her actions.

Simply and with sincere honesty, he says:

Exhaling, the only soft sound that comes from Julie is a whispered, “R…” Shaking her head, she says, “You can’t just do that. It’s dangerous” she further pleads. 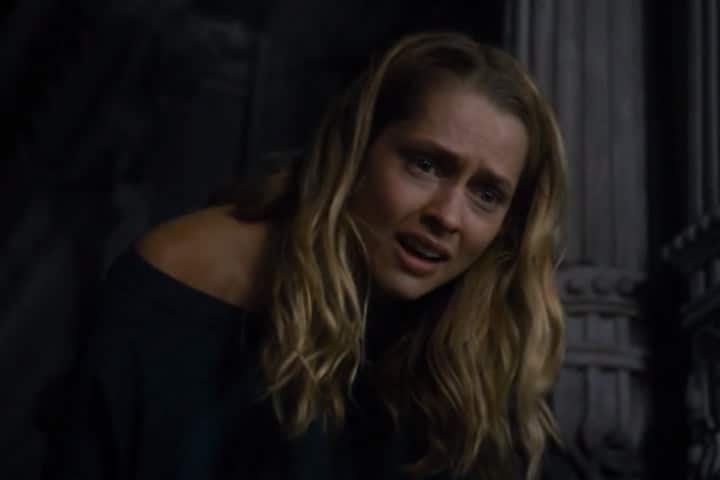 R remains silent. He hears Julie speaking, but all he knows is that they’re together again… and to him, that matters more than any invisible danger surrounding him.

Julie is worth the risk.

RELATED | Romantic Moment of the Week: Olly and Maddy from Everything, Everything

When she asks him if he understands the risk (no one in the compound is like her – they’ll kill him, she says), R nods but remains steadfast. Never surer of anything, he firmly replies, “Yes.”

Surprise crosses Julie’s face… and then her friend discovers Julie and R.

Unsure what to do, Julie goes downstairs to let R in her house. 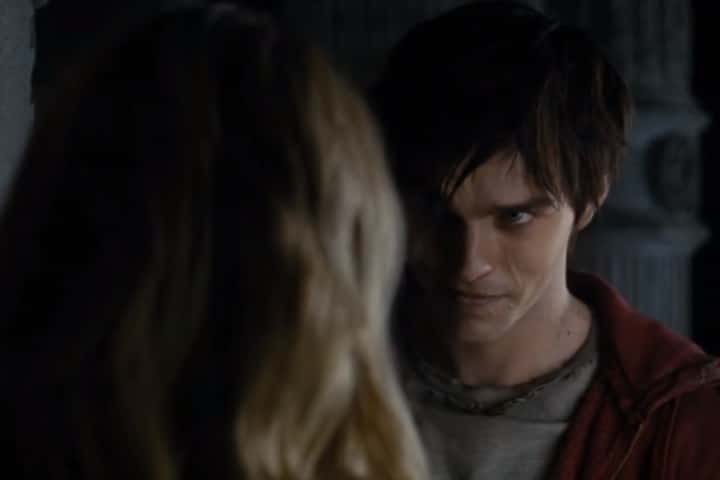 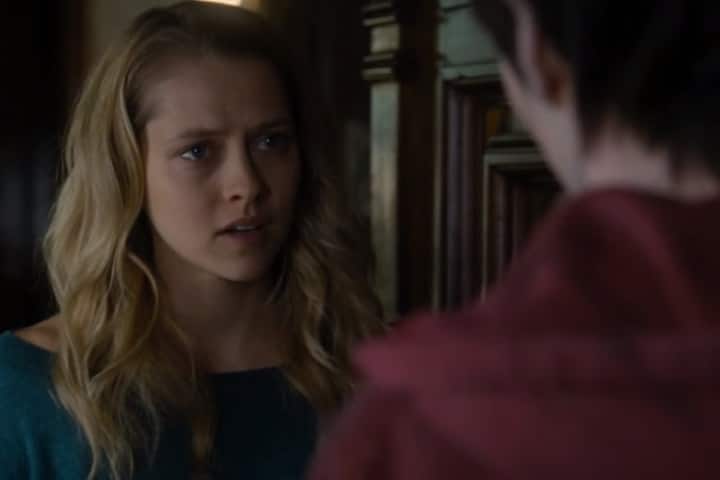 Walking into his arms, the star-crossed lovers embrace, living only for this moment… no matter how fleeting.

While enveloped in his arms, Julie tells R, “I actually missed you.”

“Me too,” he reciprocates.

Softly, she tells him, “It’s funny… you feel warmer than I remember.” 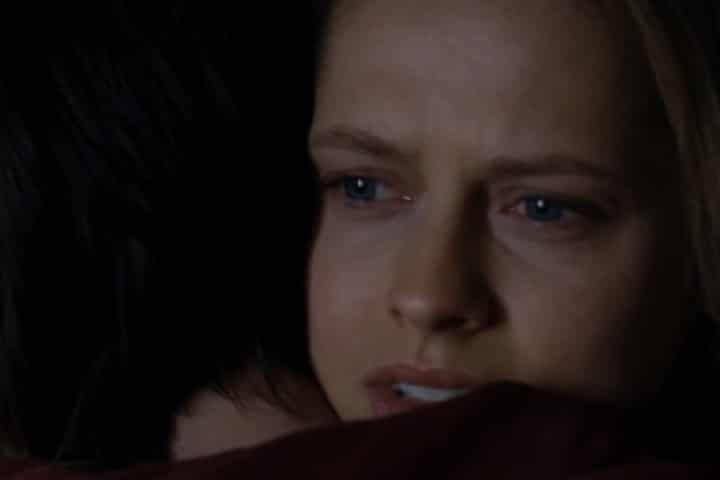 R’s heart has been awakened by Julie’s kindness and love. He’s slowly being redeemed by this act of love.

All changes further reinforced when, while attempting to escape the baddies, Julie and R share a first kiss… a kiss that changes everything and proves their love is one worth fighting for. 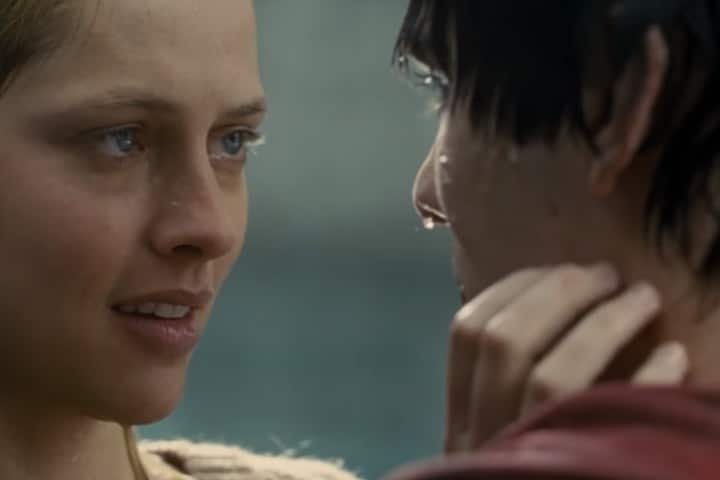 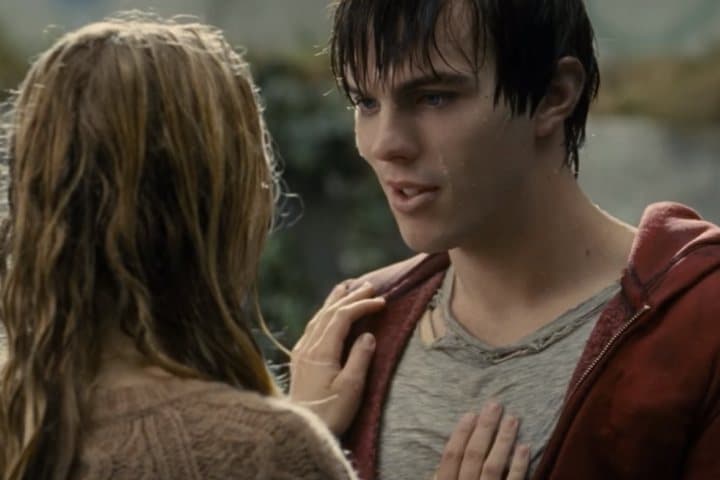 Their story isn’t over, and there are some bumps to ride out, but for this moment in time, a future for R and Julie seems possible… and that’s a good place to leave anyone. Plus, going against the stereotype, I love how charming and easy-to-love R is. An unusual feat for a zombie character.

Have you seen Warm Bodies? Did you like or dislike it? What are your thoughts on the romance between R and Julie? What’s your favorite quirky romance story? Share your opinions on this romance story or anything else in the comments section. I’d love to talk with you.

Our romance-themed entertainment site is on a mission to help you find the best period dramas, romance movies, TV shows, and books. Other topics include Jane Austen, Classic Hollywood, TV Couples, Fairy Tales, Romantic Living, Romanticism, and more. We’re damsels not in distress fighting for the all-new optimistic Romantic Revolution. Join us and subscribe. For more information, see our About, Old-Fashioned Romance 101, Modern Romanticism 101, and Romantic Living 101.
Pin this article to read later! And make sure to follow us on Pinterest.
By Rissi JC on October 28th, 2017