THE FILM: Trouble with the Curve

THE MOMENT: A cannonball, space, and a moonlit swim with a kiss

I love baseball. I love everything about it. The sound of the crowd murmuring until they erupt into a cheer. The smell of popcorn and hot dogs mingling with the aroma of burnt sugar spun into pink clouds. And don’t forget the sweating cup of an ice cold drink! I love every moment of the game. It’s no wonder that any movie featuring baseball is a must-see for me.

While I’ll watch (almost) any baseball movie, I’m particularly fond of those baseball flicks with a hint of romance. Where the title of the film is not just about baseball but about the characters and their journey. There are so many good ones out there – The Natural, For Love of the Game, Fever Pitch (cannot forget this hilarious rom-com!). One of my favorites is Trouble with the Curve. If you haven’t seen the movie, I can’t recommend enough. An easy, tender movie with a few rough edges, Trouble with the Curve is charming. This is in large part due to Amy Adams and Justin Timberlake.

Warning – spoilers from this point on!

Trouble with the Curve – Baseball, Family, and Romance

Complicated, fiercely independent, and sassy, Mickey’s an amazing character. She hides a wounded heart and buries a deep love for the man who tried to raise her alone. When we meet her, she oozes confidence. Moreover, Mickey’s in control. Specifically, she keeps a tight reign on her career, her love life. Conversely, she flounders in her interactions with her father. When guilted into checking in on her father Gus, a Major League Baseball recruiter, Mickey loses her edge. As she struggles to balance her demanding career while attempting to connect with her father, the shell encapsulating her begins to crack.

Angry and vulnerable, Mickey finds an unexpected sympathetic ear in Johnny Flanagan. Once a top prospect and recruited by Gus, Johnny blew out his arm early, ending his career. Now a recruiter for Boston, hoping for a shot at the broadcasting booth, he takes an early interest in Mickey. Batting down her defenses, he eventually breaks through Mickey’s walls, leading to the film’s most romantic moment.

The Lead In – Whiskey Does Not Heal All Wounds

It’s a defeated Mickey that Johnny listens to as she swigs back a bottle of whiskey. She’s lost her shot at partner with her law firm and she’s devastated. The real issue though is her father. Spending all this time with him brings back old memories. Opens old wounds. Mickey’s attempts to talk to Gus only end up with one or the other (sometimes both) lashing out with angry words. That’s why this scene gets me. It’s not so much what Mickey and Johnny say to each other but more how they say it. The inflection in their voices, or the curve of their lips. That look in their eyes as they glance at the other. There’s an intimacy that Mickey isn’t sure how to handle. And it’s one that Johnny very much wants to explore. 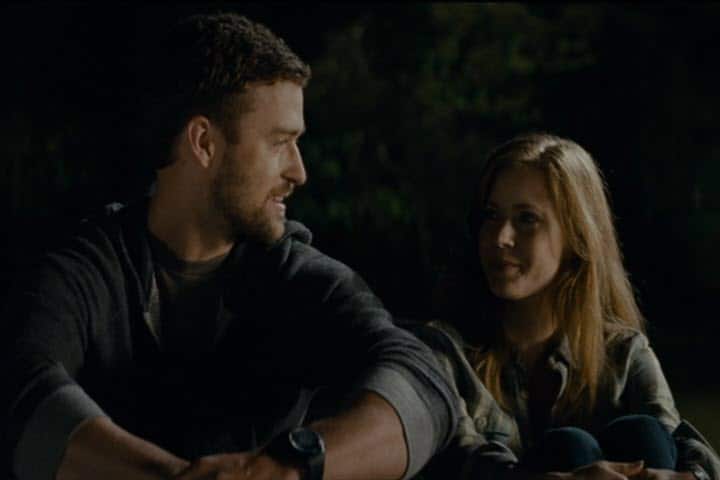 In an effort to distract Mickey, get her out of her head, Johnny takes her to a secluded lake. They sit on his car, quietly talking.

“You want something from him that he just may not be able to give you. So, do yourself a favor and stop being pissed off about it.”

And just like that, Johnny boils down years of therapy into two sentences. Mickey gives him this look that intrigues him.

“You’re not so bad, Flanagan.”

Johnny laughs and something in Mickey’s face invites him in closer. At the last moment, Mickey ducks her head. Johnny shakes his head and smiles.

“How long?” Mickey asks him. She’s not smiling. Her eyes are serious. There’s just a hint of trepidation in her voice. Instantly, Johnny recognizes that his answer’s important.

The moment is deep. Something Johnny knows that sends Mickey running. So, in a classic romantic trope, he quickly begins to strip. Surprised, Mickey laughs, hides her eyes, peeks and then laughs some more. He dives into the lake, urging Mickey to follow.

The Romantic Moment – A Cannonball, Space, and Moonlit Kiss

Instantly, the tension dissolves. There’s a lighter feel. Consequently, their conversation turns flirty. Sexy, even. Johnny cajoles Mickey into joining him. Surprisingly, she doesn’t resist too much. Quickly stripping down to her t-shirt, Mickey starts running down the dock. In her own surprise move,  Mickey leaps into the water in a classic cannonball move. Delighted, Johnny laughs. As Johnny swims closer, Mickey retreats. You can almost see Johnny weighing the odds on pushing Mickey. In the end, he takes a chance.

“You’re good at that, you know? Why don’t you try stopping?”

Testing the waters (sorry, I couldn’t resist!), Johnny swims a bit closer. He looks to Mickey, handing her control. 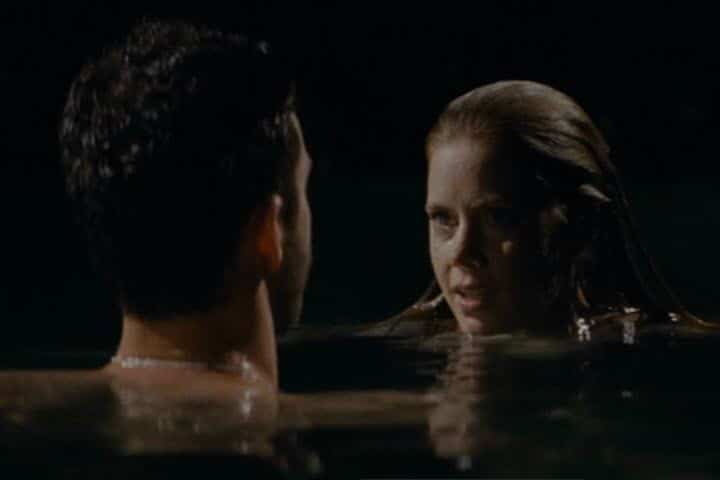 He comes closer and she swallows.

Johnny comes even closer and just stares at Mickey. 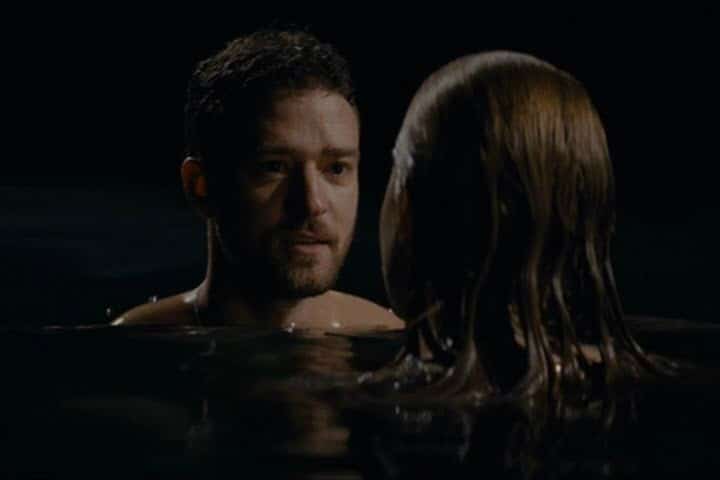 He waits, studying her and whatever he sees in her eyes tells him it’s okay. That she wants him closer and as he moves even closer, she meets him halfway. 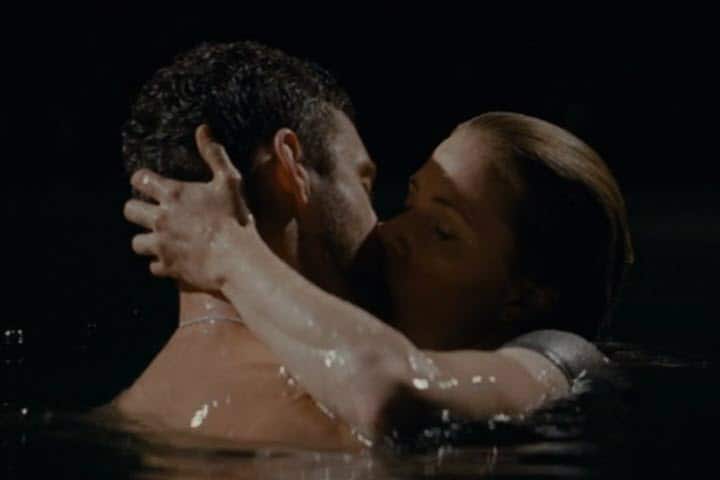 Their lips meet in a perfect first kiss. I love this moment. The risk Mickey takes. She throws caution to the wind. Instead of control, she just feels. As a result, a moonlit swim transforms into something magical.

Are you an Amy Adams fan? Or Justin Timberlake? What did you think of this moment in Trouble with the Curve?

Trouble with the Curve is rated PG-13 for language, sexual references, some thematic material and smoking.

Our romance-themed entertainment site is on a mission to help you find the best period dramas, romance movies, TV shows, and books. Other topics include Jane Austen, Classic Hollywood, TV Couples, Fairy Tales, Romantic Living, Romanticism, and more. We’re damsels not in distress fighting for the all-new optimistic Romantic Revolution. Join us and subscribe. For more information, see our About, Old-Fashioned Romance 101, Modern Romanticism 101, and Romantic Living 101.
By Catherine on June 2nd, 2018

1 thought on “Romantic Moment of the Week: Mickey and Johnny from ‘Trouble with the Curve’”