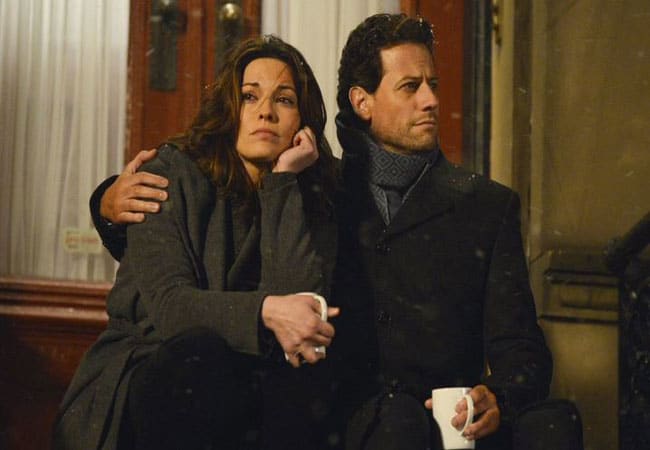 THE MOMENT: Henry symbolically moves on to the next romantic chapter of his life…

One of my favorite aspects of Forever (aside from the mere presence of Ioan Gruffudd) has always been the immortal/mortal love story told in the flashbacks between Henry and Abigail. From the beginning of the series, we knew Abigail somehow already knew Henry’s immortal secret, but how? An air of mystery also surrounded this pairing in that we didn’t know why she was no longer around in the present. Did she die? Did she leave Henry? By the end of the season, we finally got some answers (Abigail killed herself to protect Henry from another immortal), bringing this quiet love story to a close.

RELATED Romantic Moment of the Week: The Age of Adaline and Book Flowers

And as one chapter ends, another begins. When Abe (his son) will eventually die, who will Henry be able to confide in? He won’t be around for much longer, so then what? Would his inevitable loneliness lead him down a similar dark path as the one his nemesis Adam took? Or would he ultimately choose something better?

The theme of the season finale (now series finale in its too early cancellation) of revealing the truth of our inner selves to others, begins to form in Abe’s worry for his immortal father, just as Henry’s partner, Jo, begins to become suspicious of him. It seems clear who should become Henry’s next confidante and perhaps even future romantic partner… But first, let’s take a look at Abigail and Henry who work to foreshadow a future between Henry and Jo. 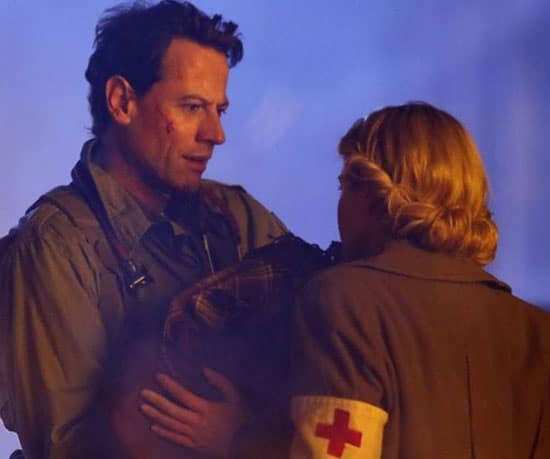 In their final flashback chapter, Henry realizes Abigail has been abused by another man. Ever the hero, he confronts the abusive jerk only to get into a fist fight. Abigail’s ex then pulls out a knife and stabs him, leaving him with a fatal flesh wound. Abigail arrives on the tragic scene to find Henry on the verge of death. Heartbroken, she holds a dying Henry in her arms who can barely speak. She doesn’t yet know of his immortal condition and secret. So Henry knows what’s coming. 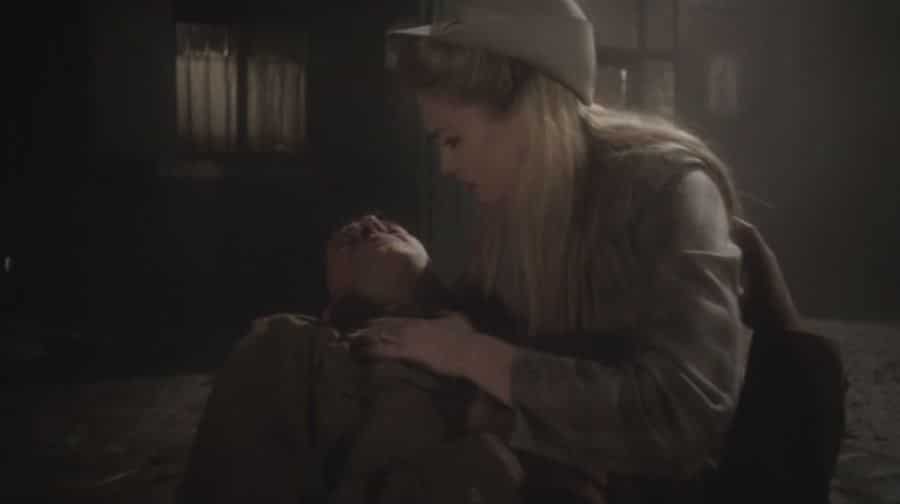 He apologizes to her, but she doesn’t understand. And just as she is about to lose the man she loves from death forever, he disappears into thin air. 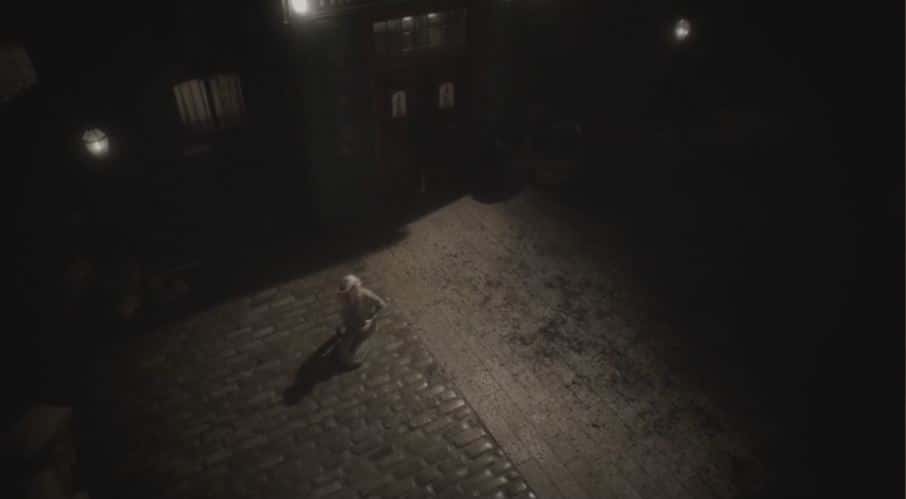 Henry had to have wondered whether Abigail’s reaction to his immortality would match his first wife’s (who not only didn’t believe him, but put him into an asylum), but instead, when he returns home to a young Abe, he reunites with Abigail. With no judgement or question, Abigail accepts Henry with unconditional love. “You poor man,” she says with a hug. Henry finally found someone to love and trust. 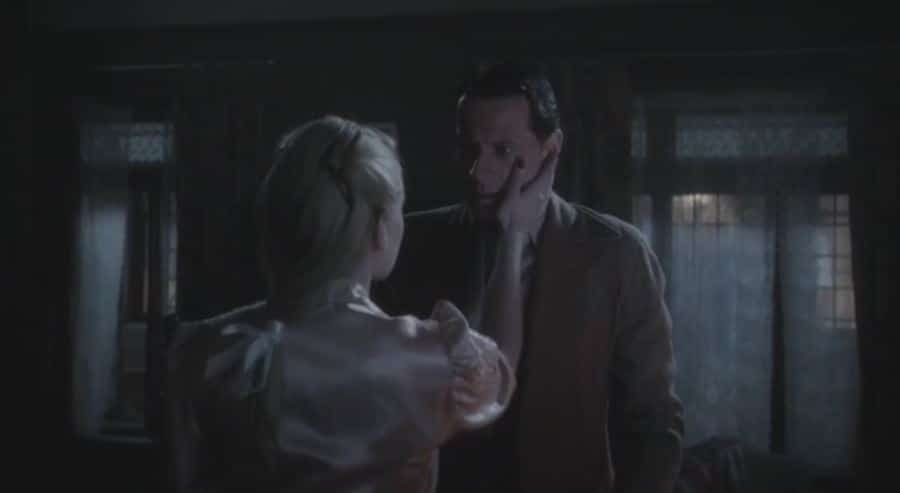 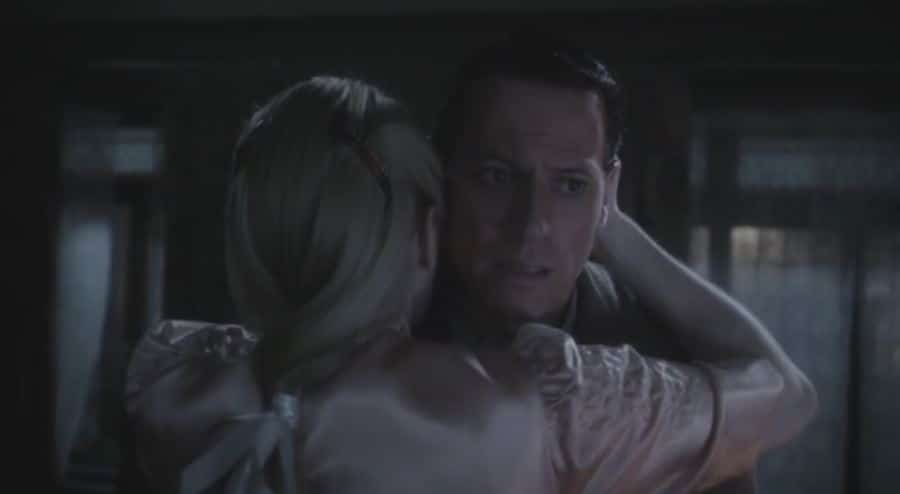 From there, their relationship only strengthened. Indeed, one of the most beautiful parts of their love story is that Henry loved Abigail even in old age. It is a rarity to actually see a story present an older woman with a younger immortal man who does not care about her changed appearance. This was a love story based on true love rather than lust. It didn’t matter to Henry what she looked like. He would always love her, forever. But forever wasn’t in their cards. Eventually, Abigail had to die, leaving Henry alone in his solitary existence. Thankfully, years later, he meets Jo, a woman also suffering from loss. 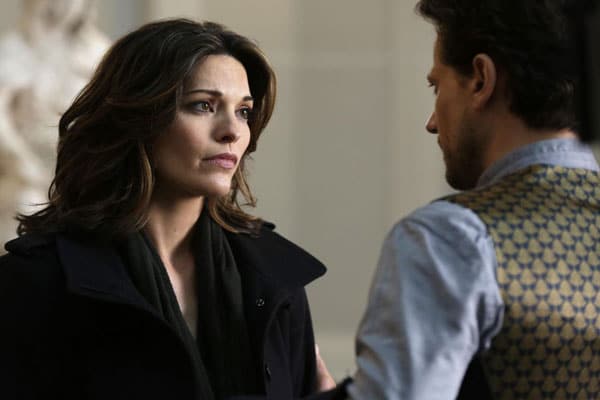 Some probably won’t recognize a romance between Jo and Henry, and in a way they are right. It has always been about friendship between these partners. But isn’t that almost always where the best love stories begin? At this point, neither one is really ready for a full blown romance. Jo’s husband died not too long ago and Henry still mourns for Abigail. But from friendship, always stems the most beautiful love stories. That’s what the finale revealed to me: the potential of what would happen. Their potential even felt like an ending. Or in the characters’ eyes, a new beginning.

In an earlier episode, Jo decided not to go to Paris with her new and very rich boyfriend because he was not like Henry (who looks at the world in a unique way that challenges her). Through subtext, it becomes apparent that she wants to see the world the way Henry does. Perhaps she even realizes she has feelings for him. He’s just not ready yet. He has too many secrets and closed emotional walls.

Throughout the last episode of the series, however, Jo realizes Henry keeps too many secrets from her. Finally, she’s had too much, and wants no more of it. Still, she thanks him for opening her heart again (and I think most of us know where this story would have gone had Forever lived on…) and then drives away.

In the meantime, Henry aims to save Jo by getting the antique knife from her that first killed Adam (the other immortal). Henry knows Adam will kill Jo to get it. There’s also a part of Henry that longs for revenge against the man he blames for Abigail’s death. Would using the weapon that first killed Adam be the one to kill him for good? 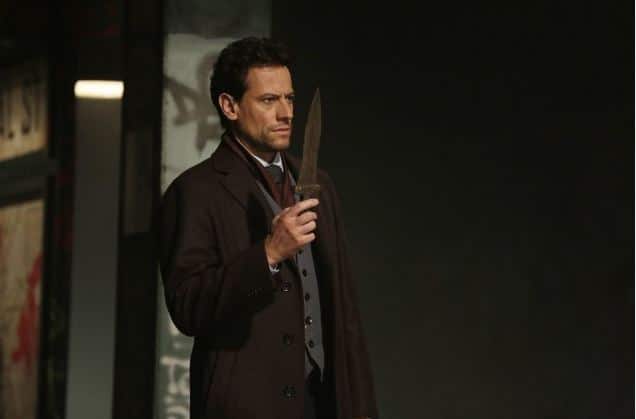 The two men face off, but Henry being no killer, loses in the fight. Adam takes out the gun that first killed Henry and shoots him. Would he disappear? Die for real this time? Adam knew either way Henry’s partner would discover an unpleasant truth. Would she find her dead partner or discover his secret?

Just as Jo enters the scene, Henry takes out Adam with a paralyzing drug, and vanishes. Like always, his life flashes before his eyes. This time, memories of Jo intermingles with memories of Abigail and Abe. 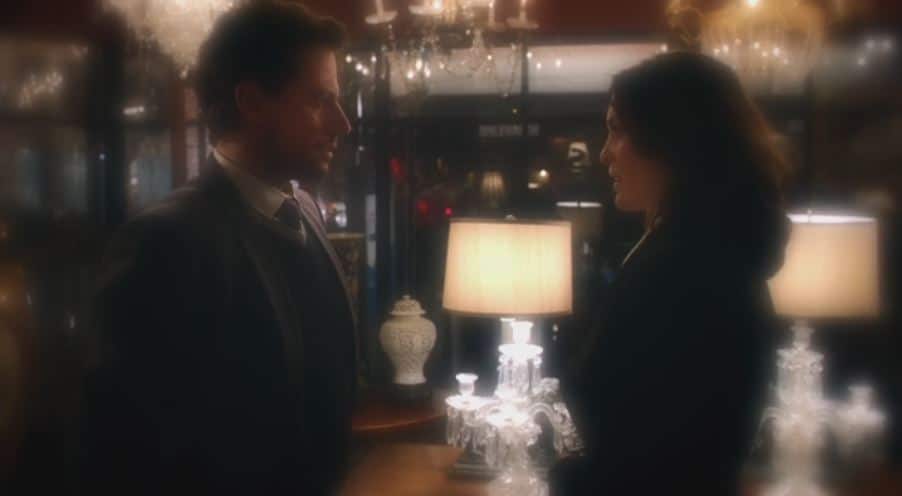 This is a purposeful choice by the writers, Henry’s last flash even of Jo. A transition seems to be in place… 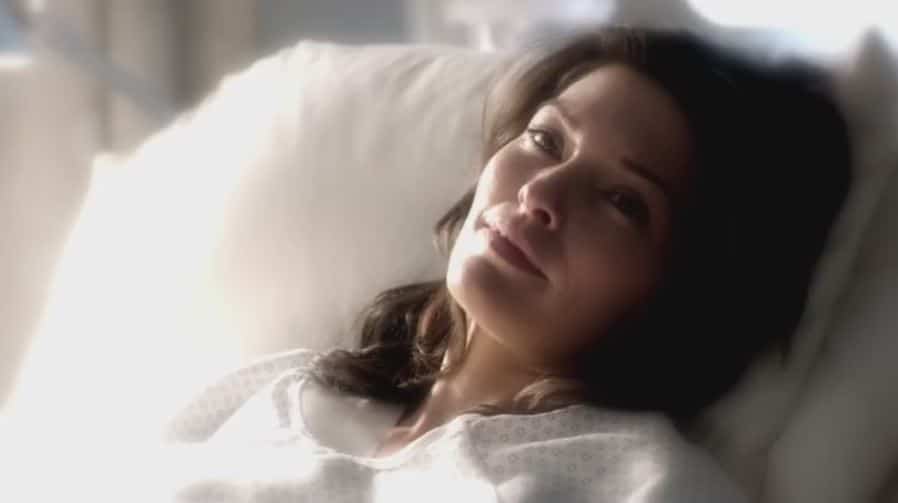 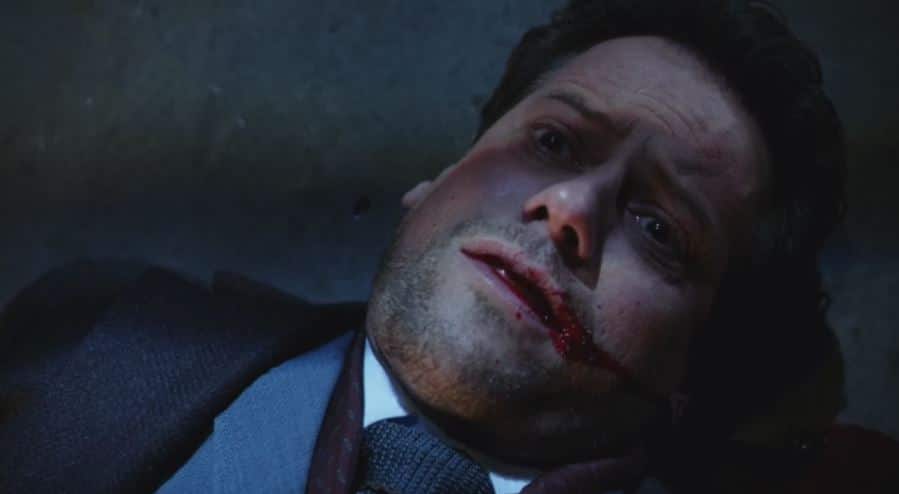 When Henry finally vanishes, he leaves something behind for Jo to find: his watch. It seems Henry’s secret is safe for another day, except Henry couldn’t have been more wrong.

Jo shows up on his doorstep with his watch as well as an aged photograph of Abigail, Abe, and Henry from years back. 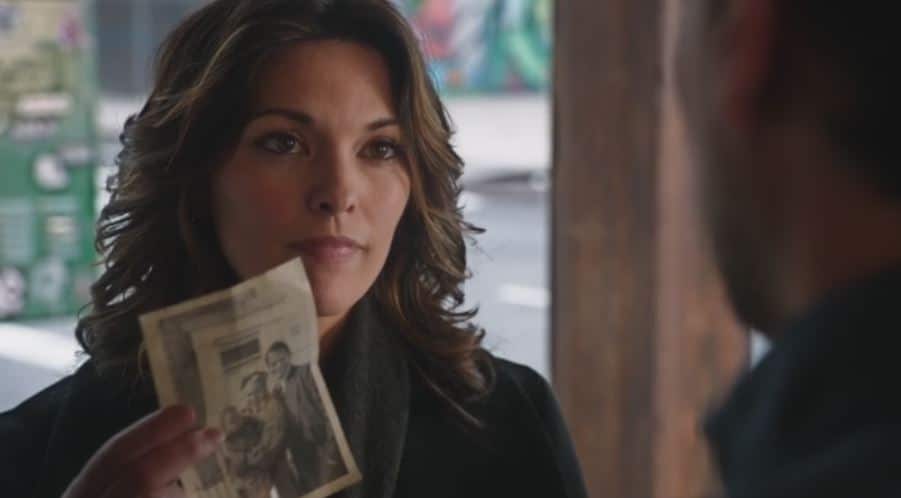 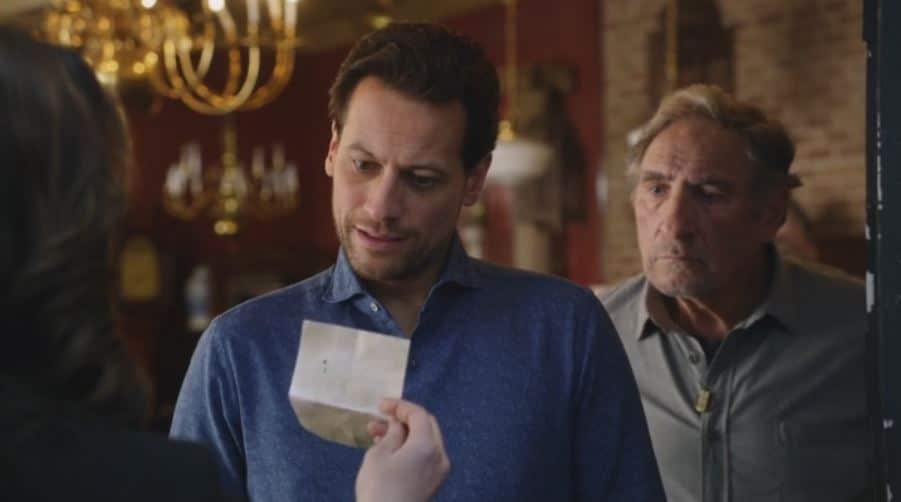 She wants to know the truth. 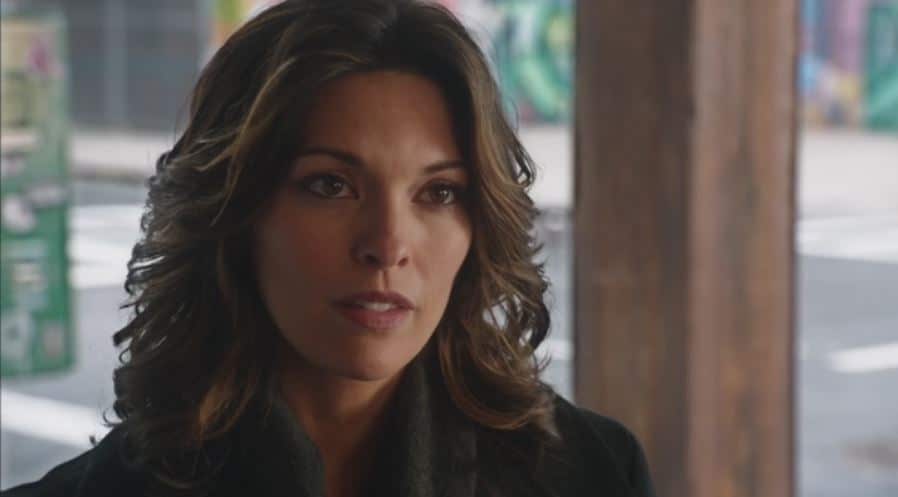 Abe urges Henry to tell Jo, and just as Henry opens his mouth saying, “it’s a long story,” the credits begin to roll. While at first glance this might seem like an irritating cliffhanger that won’t ever get resolved, I don’t believe it actually is unresolved. The romantic flashback sequences and Abe’s advice implied a specific future. So we do in fact already have an ending; it was just written between the lines. Henry would tell the truth to Jo and one day they would fall in love and she would, like Abigail, accept him without question. Life, for Henry, would continue to go on. Abigail was one chapter of his life. Jo will be another.

Now, with forever still in his future (I would have loved to know more behind this mythology), Henry begins to live once more. The ending was truly a subtle love story that does satisfy, one with only a small tinge of regret that the show isn’t as immortal as the charismatic and romantic doctor that stole all of our hearts.

What did you think of Forever’s ending? Did you like the potential romance between Jo and Henry? Are you as disappointed with its cancellation as I am? Sound off in the comments…

Our romance-themed entertainment site is on a mission to help you find the best period dramas, romance movies, TV shows, and books. Other topics include Jane Austen, Classic Hollywood, TV Couples, Fairy Tales, Romantic Living, Romanticism, and more. We’re damsels not in distress fighting for the all-new optimistic Romantic Revolution. Join us and subscribe. For more information, see our About, Old-Fashioned Romance 101, Modern Romanticism 101, and Romantic Living 101.
Pin this article to read later! And make sure to follow us on Pinterest.
By Autumn Topping on May 10th, 2015