THE SHOW: The Mindy Project

THE MOMENT: After turbulence rocks the aircraft, Danny finds Mindy trying to get him some tonic water and sweeps her into a romantic kiss.

This is the moment we have all been waiting for since this show began. Danny and Mindy’s back and forth bickering hides a deep connection between the two that had to be explored at some point. They may fight like cats and dogs, but the two are clearly denying some serious feelings for each other. Danny’s seriousness and feet firmly on the ground attitude is the perfect foil for Mindy’s wild imagination and charming whimsy.

I remember when the show first started and Mindy truly couldn’t stand Danny, thinking him a rude jerk with no sense of humor or positive attitude. Since then we’ve seen these two slowly become friends that care deeply about each other. They’ve been by each other’s side through numerous disastrous relationships and heartbreak. Through it all they’ve only grown closer, both looking out for the other’s best interest even when the other one refuses to listen.

Now, this could have gone two different ways. Their close relationship could have turned into a kind of brother and sister type friendship for instance or even just best friends. But somehow an attraction between the two grew along with their friendship. It’s been obvious for some time now that Danny is jealous of Mindy’s relationships with other men. I think it is hardest for him to admit his feelings about Mindy to himself. When they start to surface he gets surly and rude, wallowing in forced denial. Mindy, on the other hand, doesn’t even recognize that she has strong feelings for Danny. She’s more the type to just flit along obliviously until the truth literally smacks her in the head.

Well, that is certainly what happened this week. Mindy was dead set on winning back her boyfriend, Cliff, as soon as she returned to New York. But then Danny came swooping in with a passion that I think probably surprised all of us viewers as well as Mindy. So, without further ado, here is our Romantic Moment of the Week: 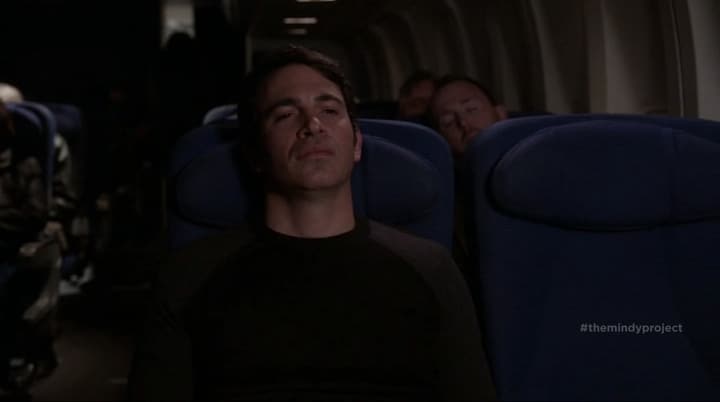 Mindy and Danny are traveling home to New York on a plane. Mindy leaves to get Danny a tonic water from the back of the plane (after he helped her write an “epic” letter to her ex to win him back, revealing his own feelings through subtext in the process), and Danny relaxes back into his seat. 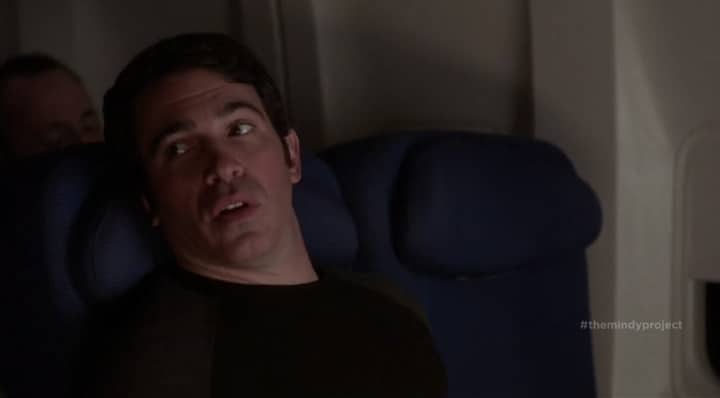 All is well for a short while, until some serious turbulence hits the plane, causing Danny to quickly grab for his armrest. He gets a nervous look on his face (perhaps our dear curmudgeon is not terribly fond of flying) and glances back in the direction Mindy just walked off. 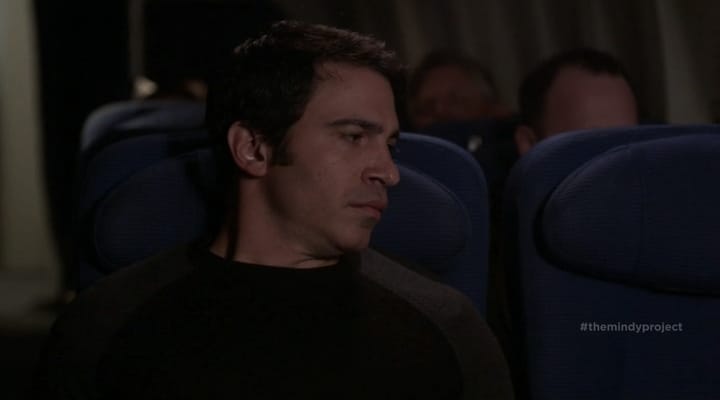 After the turbulence subsides, Danny looks meaningfully at the seat Mindy was just occupying and then gets a determined look on his face as he turns forward. I can’t be the only one who wondered what was going to happen next, sitting on the edge of my seat… 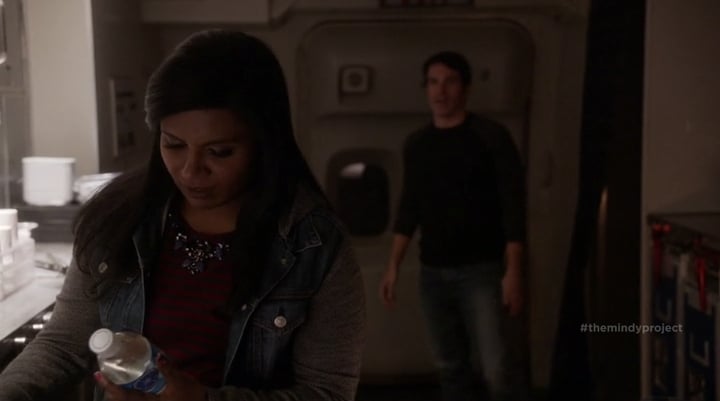 The scene cuts to Mindy trying to find tonic water for Danny, sifting through all the different bottle and cans with a confused look on her face. We then see Danny in epic style coming up behind Mindy as she makes one of her typical ditsy comments about how all the bottles look the same to her. 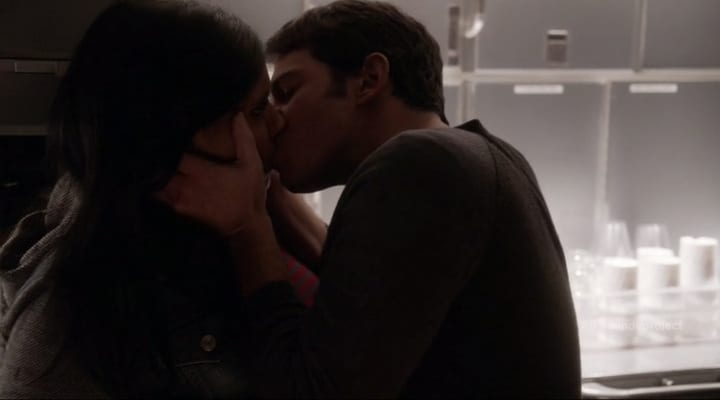 As Mindy turns around Danny then sweeps her into his arms and proceeds to thoroughly kiss her. 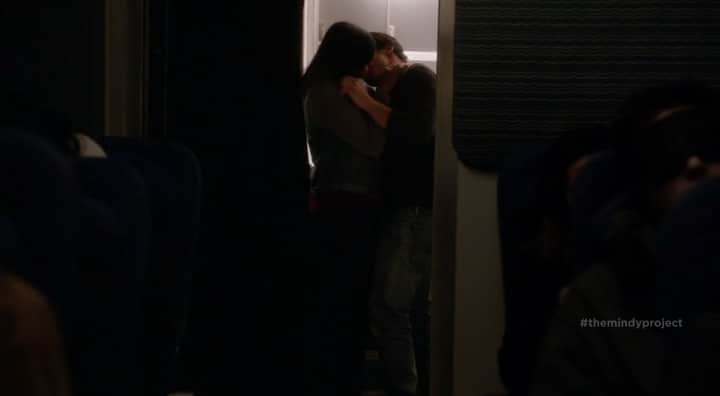 We fade out to them kissing at the back of the plane while all the other passengers sit by oblivious to the passionate moment going on behind them.

What did you think of Danny and Mindy’s kiss? Will they get their Happily Ever After? Sound off below…

Photos: All credited to Fox

Take a look at Romantic Moment of the Week: Jack and Miss Fisher.

Our romance-themed entertainment site is on a mission to help you find the best period dramas, romance movies, TV shows, and books. Other topics include Jane Austen, Classic Hollywood, TV Couples, Fairy Tales, Romantic Living, Romanticism, and more. We’re damsels not in distress fighting for the all-new optimistic Romantic Revolution. Join us and subscribe. For more information, see our About, Old-Fashioned Romance 101, Modern Romanticism 101, and Romantic Living 101.
Pin this article to read later! And make sure to follow us on Pinterest.
By Rebecca Lane on January 25th, 2014