Well, I chose a rather bittersweet moment to showcase this week. I’ve been watching the pairing of Finn and Clarke on The 100 since it started. So, I’d been really hoping they would give us a nice moment between them, something cementing their relationship, in the season finale. Of course, I don’t always get what I want. The finale was, to say the least, very eventful and full of cliffhangers. So, I guess I should be happy to have gotten anything at all.

If you’ve been following the show like I have you will know that there was clearly the idea of Clarke and Finn being paired up to present from the very beginning. The flirtation starts off pretty immediately. Finn was pretty aggressive in his initial pursuit of Clarke, giving her that cheeky bad boy grin, calling her princess, and being generally at her constant disposal. Everything seems to be going along smoothly, well as smoothly as it gets in The 100, and by the end of episode four the two spent a magical night together.

Unfortunately, as we’ve already seen, good things never last long on this show. Just as soon as the two get together they are almost immediately torn apart by the lucky, or maybe not so lucky for us Finn and Clarke fans, arrival of Finn’s girlfriend from the Ark, Raven.

As one might expect, Clarke is not too happy when she finds out she’s been the “other woman.” While Finn tries to explain, Clarke is having none of it, and we have left a pining Finn. Now, here is where I got a little annoyed with Finn. Why didn’t he just break it off with Raven? For weeks after she arrives we simply have to watch him pretend to be happy in his relationship with Raven while at the same time he makes sad puppy eyes at Clarke every chance he gets. It took Raven realizing that he clearly had feelings for Clarke for that dead end relationship to end. I’m still a little annoyed that it was Raven and not Finn who ended the relationship. I wish he’d manned up a bit and done the right thing by both girls.

However, I still love him as a character and can’t fault him for being human and thinking he was doing what was right by Raven. So, the obstacle of Raven was finally out of the way…and then all hell breaks loose with the grounders, well more hell anyways. Now we come to the two final episodes. Just when we thought Finn had been killed and Clarke was about to be next the valiant Lincoln comes to the rescue (I have to admit I really like the pairing of him and Octavia as well) and leads them safely away from the grounders. When the two have a moment alone outside Finn finally confesses his love for Clarke. 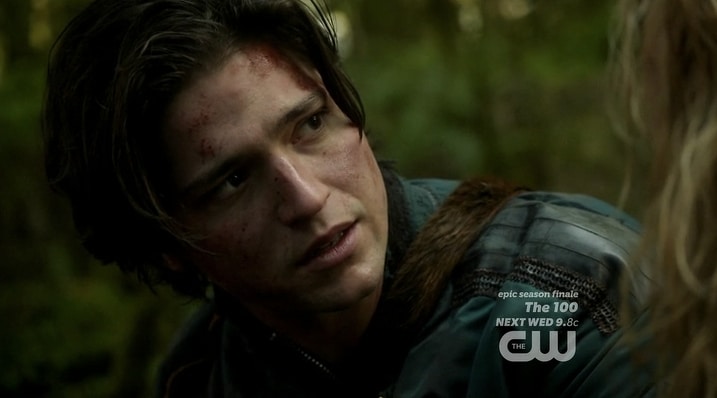 Unfortunately, Clarke’s bruised heart won’t let her reciprocate his feelings at this time. 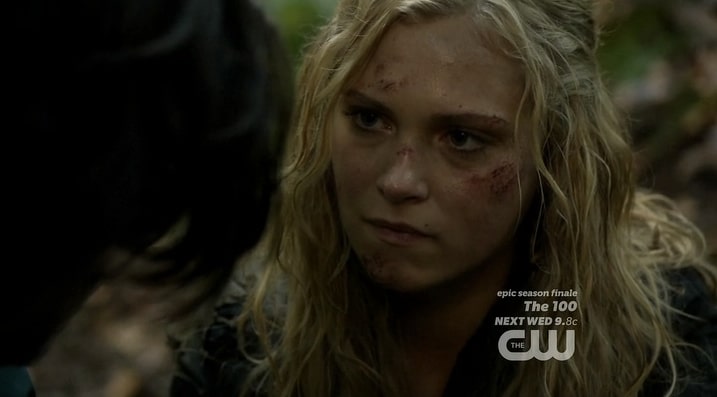 The moment is broken up when they hear the sound of an explosion back at camp. We are left wondering where the two stand now. Thankfully, in the season finale, we are given a bit of hope in terms of Clarke’s feelings for Finn. When Finn decides to go for medicine to give Raven as she lies dying of a bullet wound inside their ship, Clarke stops him before he leaves. 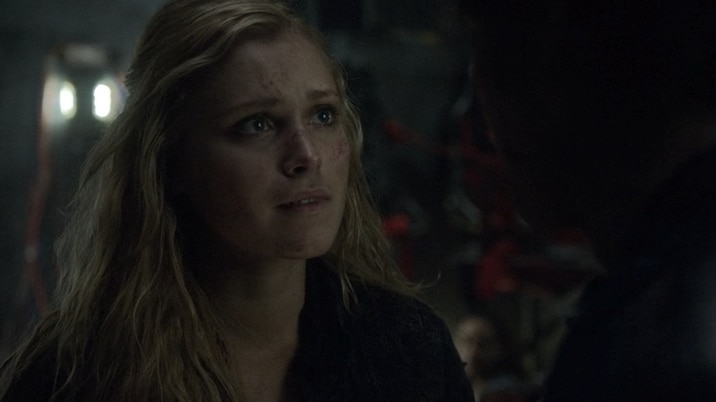 And so we get a small peek into Clarke’s feelings, a ray of hope. However, this romance is to be put on hold for a while. As the Grounders are attacking and Clarke is trying to get the camp into the ship, Finn and her run outside in search of Bellamy. When Finn sees Bellamy in danger, he runs out to help him. But this may spell his doom, as neither he nor Bellamy now have time to make it into the ship. Clarke sees this and stares after Finn, torn between waiting for him and going back inside. 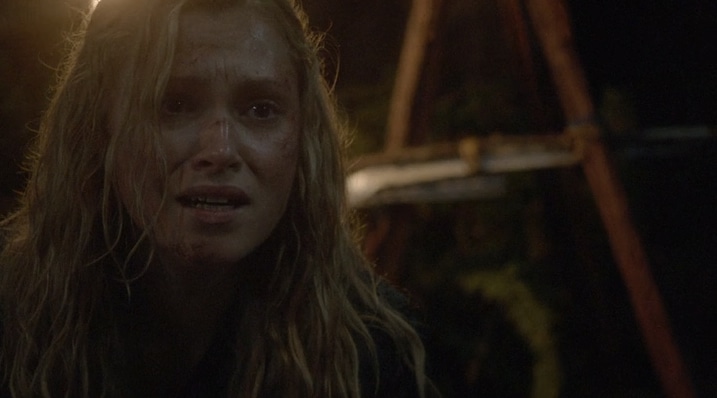 Finn, realizing the situation is hopeless, gives her a nod to leave him and go back inside the ship. 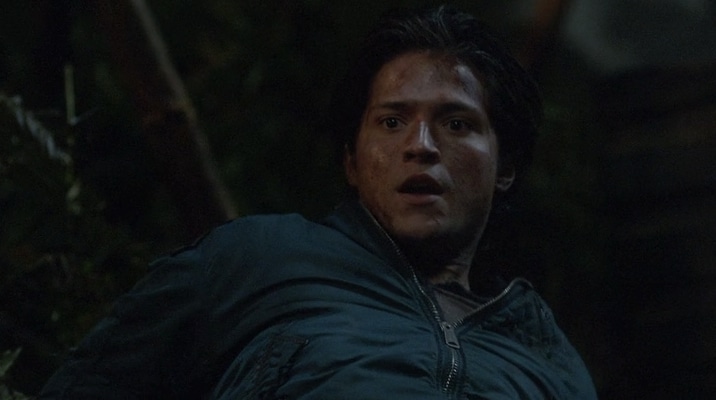 At the end of the episode, we are left wondering if Finn was able to somehow get away and survive the explosion of the ship’s launching. I don’t know about you, but I have a feeling that we haven’t seen the last of him. The two clearly care for each other, and I’d bet money on the shows producers wanting to explore that further. So, while we did get some affirmation of the pairs true feelings, we are left with a bittersweet ending to the season. Now all we can do is hope.

That season finale was certainly a doozy. Do you think Clarke and Finn will be brought back together in Season 2? Sound off below…

Looking for another CW space-related show. Check out the review of Star Crossed.

Our romance-themed entertainment site is on a mission to help you find the best period dramas, romance movies, TV shows, and books. Other topics include Jane Austen, Classic Hollywood, TV Couples, Fairy Tales, Romantic Living, Romanticism, and more. We’re damsels not in distress fighting for the all-new optimistic Romantic Revolution. Join us and subscribe. For more information, see our About, Old-Fashioned Romance 101, Modern Romanticism 101, and Romantic Living 101.
Pin this article to read later! And make sure to follow us on Pinterest.
By Rebecca Lane on June 14th, 2014

1 thought on “Romantic Moment of the Week: Clarke and Finn”