June’s nearly here and with it comes the promise of new additions to Netflix! For romance fans this month, it’s all about the power of Genre Movie/TV couples and “shipping.” Whether you prefer to root for romance in the traditional sense (aka canon and the importance of story first) like me or love to ship anyone and everyone together, there’re couples galore! Besides genre movies and shows, there’s also romantic dramas, romantic comedies, and more to enjoy as well.

From old favorites to new, let’s take a look at my romantic recommendations below for Netflix June 2018, each with the official description, personal commentary, rating, and the Netflix release date. Titles are listed in alphabetical order.

Netflix Synopsis: After telling a white lie that spins out of control, the son of an Iraqi-born cleric in Melbourne becomes torn between family duty and his own heart.

Why You Should Watch: If this Australian romantic dramedy is as good as the trailer makes it look, then we may have a winner here!

Netflix Synopsis: After being shipwrecked off the African coast, a lone child grows up in the wild, and is destined to become lord of the jungle.

Why You Should Watch: An Oscar-winning Disney classic, you’ll love the story, the music, and the romance between Jane and Tarzan.

Netflix Synopsis: Intern (and eventual resident) Meredith Grey finds herself caught up in personal and professional passions with fellow doctors at a Seattle hospital.

Why You Should Watch: If you find yourself behind on this addicting series (and you haven’t given up on it yet, here’s your chance to catch up!

Netflix Synopsis: Once a doctor on the fast track, Liv Moore is now a zombie turned crime-solver who gets insights from eating the brains of murder victims.

Why You Should Watch: If you love urban fantasy and paranormal romance with a touch of wit, then this show’s for you. I’m a little behind and can’t wait to find out what happens in the latest season especially with Jason Dohring (Moonlight, Veronica Mars) recurring.

IMDB Synopsis: When Stella finds out her terminal cancer is cured, she must learn to live with all the choices she made when deciding to live like she was dying.

Why You Should Watch: While the series has mixed reviews, if you’re looking for a nice balance between comedy, drama, romance, and family dynamics, then this show could be worth checking out. Especially if you’re a Lucy Hale fan.

Why You Should Watch: To find out if May and Coulson finally get together or not, of course! Plus, isn’t there a possible Fitz and Simmons wedding? If you haven’t seen the show, then you’ll love the numerous TV couples to root for! 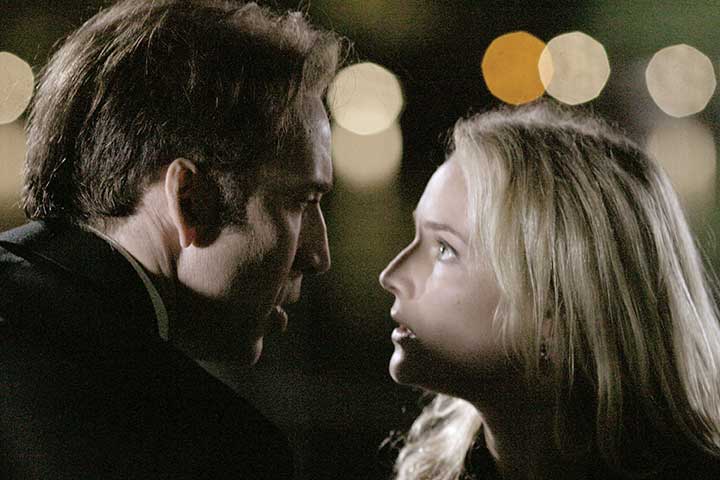 Netflix Synopsis: Modern treasure hunters search for a chest of riches rumored to have been stashed away by George Washington, Thomas Jefferson, and Benjamin Franklin.

Why You Should Watch: If you love escapist adventure films with a healthy dose of romance on the side, then this is a fun movie to check out. 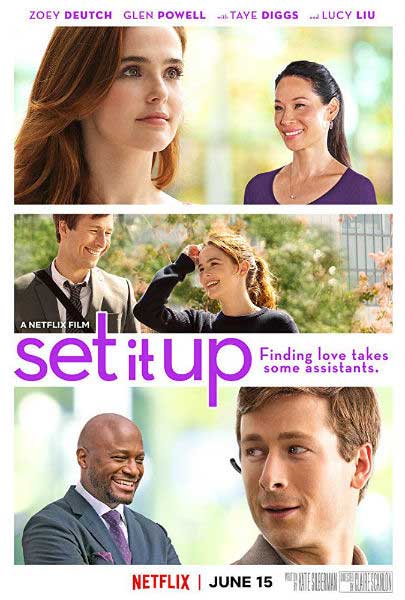 Netflix Synopsis: In desperate need of a break from the office, two beleaguered assistants team up to trick their workaholic bosses into falling in love.

Why You Should Watch: The new Netflix movie looks like a traditional romantic comedy with a promising cast! Here’s to hoping it’s good!

IMDB Synopsis: Rey develops her newly discovered abilities with the guidance of Luke Skywalker, who is unsettled by the strength of her powers. Meanwhile, the Resistance prepares for battle with the First Order.

Why You Should Watch: There’s no doubt that The Last Jedi has been one of the most polarizing films in recent history. While the movie received fantastic reviews, the audience had mixed reactions, to say the least! Some hated the film, others loved it. And then some found themselves in the middle. I happened to love it.

I thought The Force Awakens was mediocre so I went into this film not expecting much. However, I was pleasantly surprised. For many of the same reasons people hated it, I loved it! Sweeping Romanticism with brooding Byronic and Romantic Heroes. Underlying romance with kindred spirits. Princess Leia bringing out some untapped power. I could go on. I say if you’re a fan of the Brontë’s and Dark Romanticism, then you may enjoy this Star Wars film. It’s Star Wars – Brontë style.

Oh, and there’s the awesome “possible” relationship between Rey and Kylo Ren. Yep, I’m a fan. 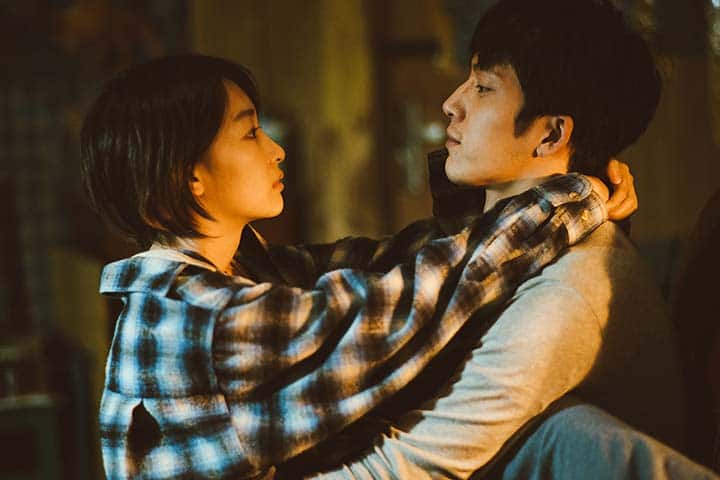 Netflix Synopsis: Two strangers meet on a train and form a bond that evolves over the years. After a separation, they reconnect and reflect on their love for each other.

Why You Should Watch: This popular Chinese film sounds like a great choice for fans of Before Sunrise! Though it looks more serious and perhaps tragic.

Why You Should Watch: This fantastic period drama starring Colin Firth is a must-see! There’s even a surprise cameo with an onscreen reunion between Firth and Jennifer Ehle (Pride and Prejudice, 1995).

BONUS 2: MOST LIKELY TO HELP YOU WRITE A BESTSELLER – Joseph Campbell and the Power of Myth, Season 1

IMDB Synopsis: Mythologist Joseph Campbell presents his ideas about comparative mythology and the ongoing role of myth in human society.

Why You Should Watch: If you want to find your inner Rory Gilmore/Paris Geller or you want to understand mythology better while you write your bestselling fantasy, then you’ll definitely want to check out this useful Documentary series.

Why You Should Watch: While Macaulay Culkin was miscast, it’s a beautiful production of The Nutcracker with sweet Romanticism and nostalgic childhood happiness for the whole family.

Why You Should Watch: While there’s very little known about this series yet, the little I could gather, sounds promising! According to PopSugar, it’s based on a true story and takes “a look at the top-secret recruiting and training of Britain’s SOE program.”

What romances or other movies/shows do you plan to watch on Netflix this month? Leave a comment below and let me know!

Our romance-themed entertainment site is on a mission to help you find the best period dramas, romance movies, TV shows, and books. Other topics include Jane Austen, Classic Hollywood, TV Couples, Fairy Tales, Romantic Living, Romanticism, and more. We’re damsels not in distress fighting for the all-new optimistic Romantic Revolution. Join us and subscribe. For more information, see our About, Old-Fashioned Romance 101, Modern Romanticism 101, and Romantic Living 101.
By Amber Topping on May 31st, 2018