In today’s romance and period drama news roundup, I’ve gathered up some of the best news announced (mostly) throughout the week! And all about Romance and Period Drama in Movies and Television. From a new Rebecca adaptation to casting announcements, new productions (including a perfectly cast new romantic K-Drama), the upcoming Masterpiece schedule, and even new trailers to watch.

This week there were a couple of interesting casting announcements.

The following dates have recently been announced. From new CW shows to exclusive premieres on Acorn TV, the upcoming PBS Masterpiece schedule, and more. So, mark your calendars!

ABC just announced that shockingly the show’s been renewed for season 7 ahead of the season 6 premiere. Though Clark Gregg (Coulson) is not listed as being on the cast. Uh-oh.

According to Variety, CJ Entertainment has picked up this romantic Malaysian drama, so hopefully, we’ll see this film in theaters or on Digital soon! The movie (based on a novel) takes place in post World War II and follows the story of a woman who falls in love with a Japanese man.

If you love movies and shows from India, great news, as Netflix just announced many new productions – including a period drama and a romantic drama. Read more about them HERE.

Among the new announcements for productions from J.J. Abrams’ Bad Robot production company, is a new sci-fi romance, Only the Lonely, as well as a new possible period drama called The Seven Sisters of Scott County. You can read more about these projects on The Hollywood Reporter.

By now, most period drama fans have heard of the new adaptation of Daphne Du Maurier’s classic novel, Rebecca. Netflix announced the project with a press release this week. Lily James has been cast as Mrs. De Winter while Armie Hammer (yes, an American in his early 30s is playing a 42-year-old British man) has been cast as Maxim. You can read more about the project HERE.

Now, while I’m always up for a new adaptation, I do have some reservations. Most notably, the casting decision for Maxim. If you’ve read the book, you know he’s a moody, Byronic and handsome romantic figure in his ’40s. One imagines British or Irish actors such as Ioan Gruffudd, Richard Armitage, Toby Stephens, James McAvoy, Aidan Turner, Michael Fassbender, or even Christian Bale.

However, I think there’s reason to hope. Armie Hammer IS a fantastic actor and it doesn’t take long to realize he’s also well-read by scrolling down his Twitter feed. So, while he doesn’t quite fit the character description, maybe he can win all of us naysayers over!

Still, more casting announcements should come soon. Let me know in the comments who you think should play Mrs. Danvers. Right now, I’m imagining someone like Siobhan Finneran (Downton Abbey).

If you love historical films, then you’ll want to read more about the new Danish period piece that’s been announced from award-winning filmmaker, Charlotte Sieling. Margrete tells the story of a 14th-century female Scandinavian ruler and it sounds fascinating. Screendaily has the exclusive.

Memories of the Alhambra (Romantic K-Drama)

Also heading to Netflix is the romantic suspense series from Korea, Memories of the Alhambra. Starring K-Drama favorites, Hyun Bin (Secret Garden) and Park Shin-hye (Pinocchio), this one’s sure to be an instant favorite. The series premieres on December 1st, 2018.

The One (Sci-Fi Romance?)

Deadline announced the new Netflix series, The One. It’s all about how in the near future, you can find the perfect romantic partner through a DNA test. Interesting…and scary!

The Strange Case of the Alchemist’s Daughter (Historical Fantasy) 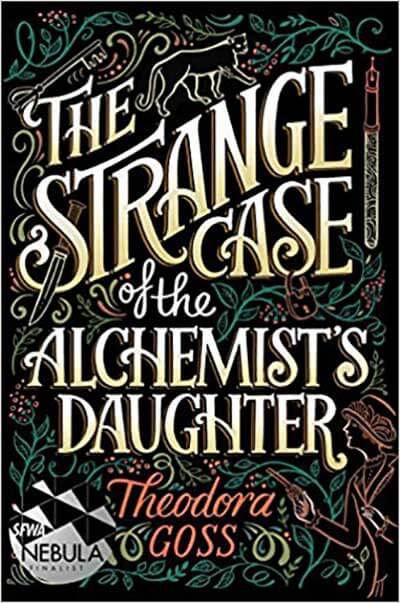 Out of all the recent announcements, this one may have me the most excited. Variety and Deadline both announced that the CW is developing an adaptation of the popular book series The Strange Case of the Alchemist’s Daughter by Theodora Goss.

“Based on some of literature’s horror and science fiction classics, this is the story of a remarkable group of women who come together to solve the mystery of a series of gruesome murders—and the bigger mystery of their own origins.

Mary Jekyll, alone and penniless following her parents’ death, is curious about the secrets of her father’s mysterious past. One clue in particular hints that Edward Hyde, her father’s former friend and a murderer, may be nearby, and there is a reward for information leading to his capture…a reward that would solve all of her immediate financial woes.

But her hunt leads her to Hyde’s daughter, Diana, a feral child left to be raised by nuns. With the assistance of Sherlock Holmes and Dr. Watson, Mary continues her search for the elusive Hyde, and soon befriends more women, all of whom have been created through terrifying experimentation: Beatrice Rappaccini, Catherin Moreau, and Justine Frankenstein.

When their investigations lead them to the discovery of a secret society of immoral and power-crazed scientists, the horrors of their past return. Now it is up to the monsters to finally triumph over the monstrous.”

I hope that this means the CW is looking to develop more original content than mostly remakes and superheroes.

We’re HUGE fans of the romantic sci-fi series, Salvation. But it’s in trouble. If you’re a fan like us (or you’re interested in checking it out), then head on over to Santiago Cabrera’s Instagram, where he thanks fans for fighting for the show and then asks fans to keep “kicking and screaming.” He’s hoping for good news soon. So are we!

Some new trailers for various romances and period dramas dropped recently! I picked a few of the best.

What period drama or romance news has you excited (or upset)? Let me know in the comments!